21 Savage’s ongoing immigration battle has been stalled by a criminal case he’s involved in, according to his immigration lawyer Charles Kuck.

Kuck, speaking with TMZ on Thursday, said that the 29-year-old musical artist’s ongoing case in DeKalb County, Georgia has halted any progress on his immigration proceedings.

The London-born musical artist on February 3, 2019 was detained by authorities with the U.S. Immigration and Customs Enforcement amid allegations he had resided in the U.S. illegally following the expiration of his visa in 2006. 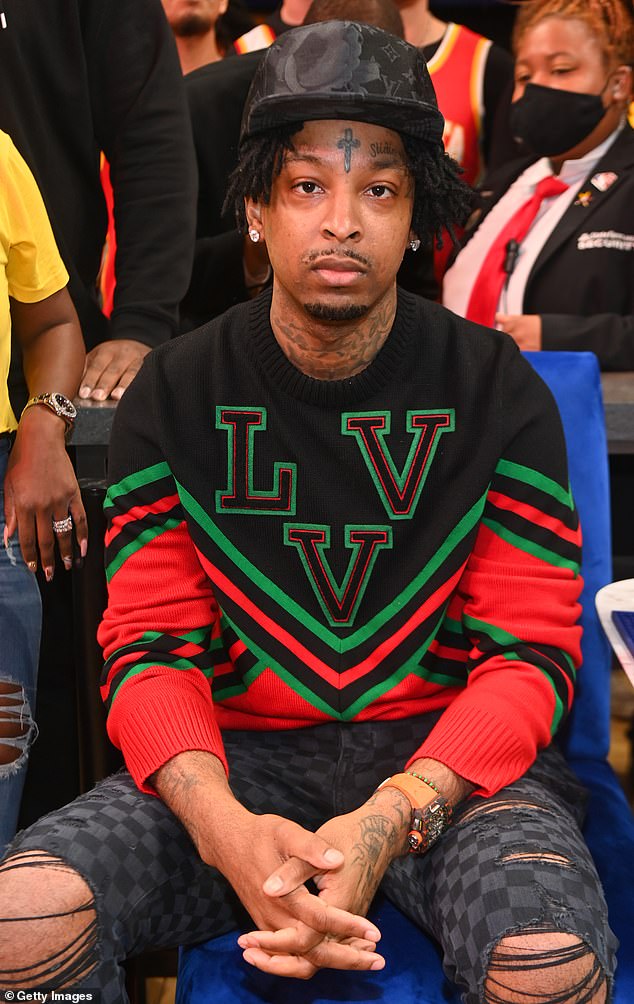 The latest: 21 Savage’s ongoing immigration battle has been stalled by a criminal case he’s involved in, according to his immigration lawyer Charles Kuck. The musical artist, 29, was snapped in Atlanta March 25

Officials said that a handgun was retrieved from the vehicle that 21 Savage, whose real name is Shéyaa Bin Abraham-Joseph, was in; and that he attempted to dispose of a codeine bottle at his time of detainment.

21 Savage turned himself into authorities with the DeKalb County Sheriff’s Office in September of 2021, and bonded out soon after.

Prosecutors in DeKalb County this past January formally charged 21 Savage with possession of a firearm and possession of a controlled substance, according to the outlet, almost three years after he was initially detained.

Sources told TMZ that no court date has been slated in DeKalb County, which will continue to delay the immigration case. 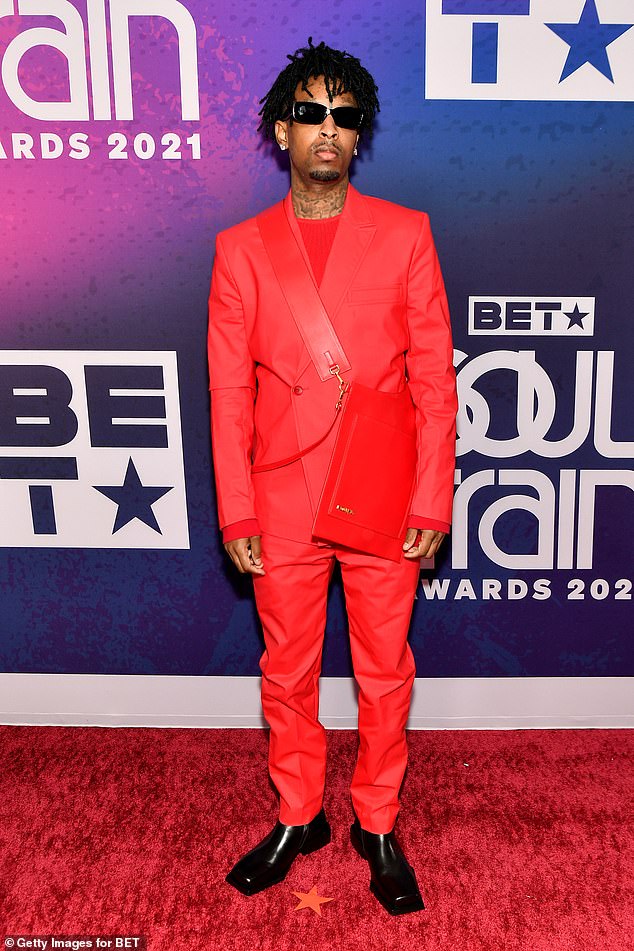 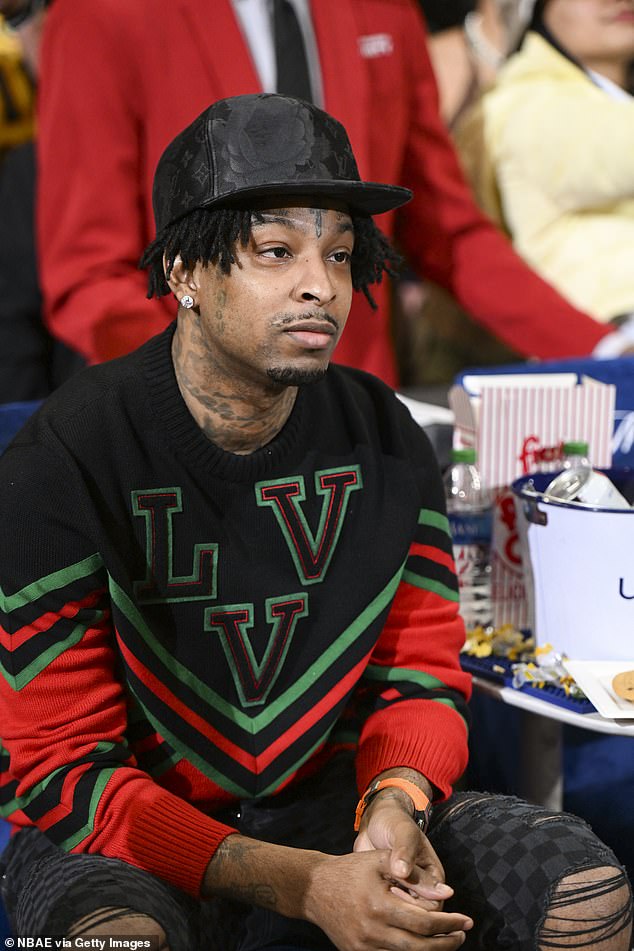 Prosecutors in DeKalb County this past January charged 21 Savage with possession of a firearm and possession of a controlled substance, almost three years after he was detained

The Grammy winner has been permitted to travel within the U.S., Kuck told the outlet, but cannot leave the country, as he has no visa to return.

The My Life performer gave his thoughts on immigration with the Associated Press in October of 2019 prior to receiving honors from the National Immigration Law Center in Los Angeles.

He said that children who were in the country unlawfully should have been automatically granted U.S. citizenship.

‘When you’re a child, you don’t know what’s going on,’ 21 Savage said. ‘Now, you grow up and got to figure it out. Can’t get a job. Can’t get a license. I’m one of the lucky ones who became successful. It’s a lot of people who can’t.’ 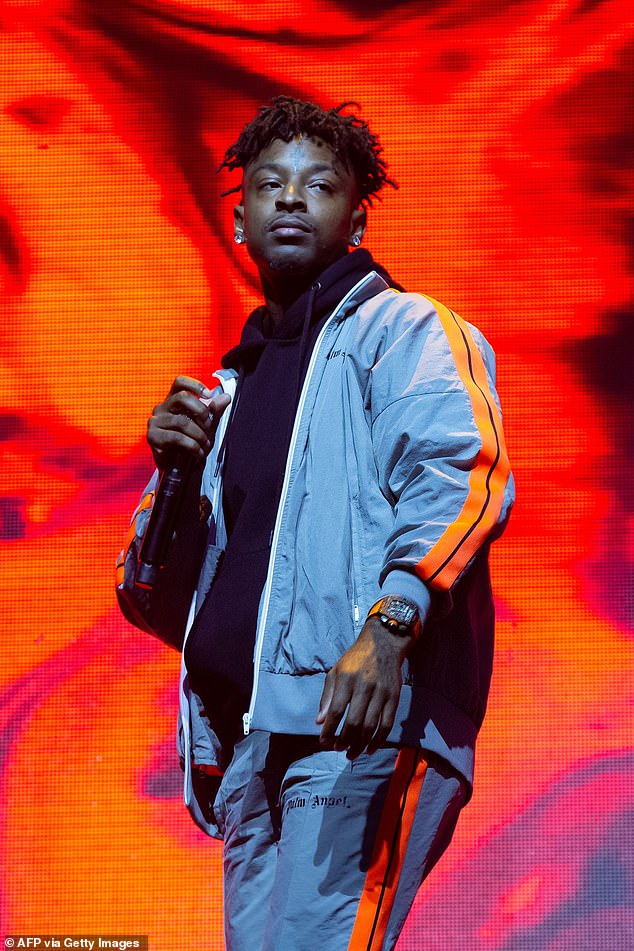 The My Life performer was seen onstage during a concert in Austin, Texas in October of 2019 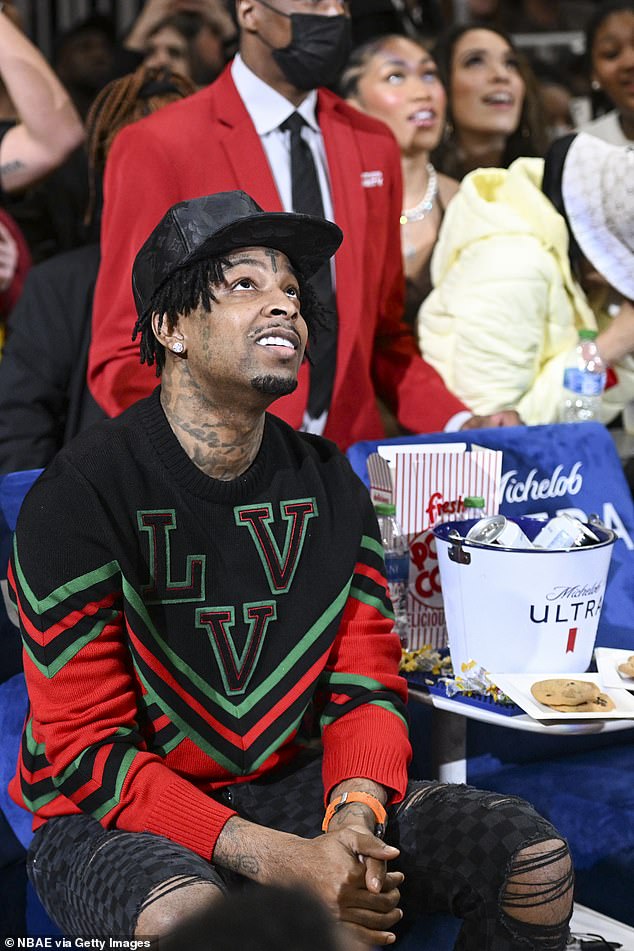 The Grammy winner has been permitted to travel within the U.S., his lawyer said, but cannot leave the country, as he has no visa to return

He told the AP he felt he ‘should be exempt’ under the circumstances, as he didn’t have a choice as a child.

‘It’s not like I was 30, woke up and moved over here,’ 21 Savage said. ‘I’ve been here since I was like seven or eight, probably younger than that. I didn’t know anything about visas and all that. I just knew we were moving to a new place.’

21 Savage also said the process of obtaining a visa was too drawn out for undocumented immigrants, as it ‘hangs over your head forever.

‘They just lose hope,’ the Mr. Right Now performer said. ‘I feel like kids who were brought here at young ages, they should automatically be like, “Yeah, you good to stay here, work and go to college.” It should be nipped in the bud before it gets to a point before you come of age.’