5 Seconds of Summer reveals details of their secret upcoming album

5 Seconds of Summer have recorded their ‘most personal album’ to date.

The Complete Mess rockers – who first rose to fame after supporting One Direction on tour in 2013 – have returned with their new single and while there is more material set to drop, they aren’t sure when it will be released. 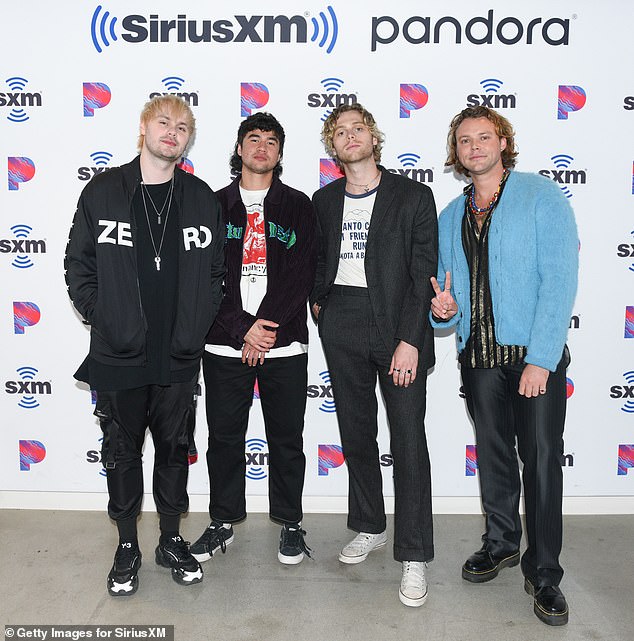 New material: 5 Seconds of Summer have revealed details of their secret upcoming album after releasing their ‘Complete Mess’ single

‘It’s definitely there, it’s in a dropbox and if someone finds the link we’re totally f***** but it definitely exists in the universe.

‘It’s the most personal album we have ever made.’

Guitarist Michael – who completed the band with frontman Luke Hemmings, bassist Calum Hood and drummer Ashton Irwin – insisted they have been revitalised and feel like they were back at the start of their career a decade ago.

He said: ‘This could be our first album again, that’s how special this process has been.

‘We have pushed forward with this incredible music and taken risks and releasing Complete Mess first is scary because it’s not a traditional pop song.

‘We believe in each other and our songwriting abilities and [now we] are ready to take on the world again.’

The group feel like they have been helped by the pandemic as it gave them for ‘self-reflection’ after a hectic decade.

Luke explained: ‘This is a very different experience for us, the last eight years prior was very… in a new city each day, very on the go.

‘To completely juxtapose that with being able to stay in the same place and stay at home and be comfortable, we had a lot of fun and it really comes across in the music.’