By Peter Hoskin For The Daily Mail

Now, its sequel, Horizon Forbidden West, has just as silly a name, but gets to the point somewhat quicker.

You are still Aloy, the likeable future-tribeswoman who has been prophesied to heal an America scarred by cataclysm, and you still have to spend hours, yes, scaling mountains and shooting robo-dinos. 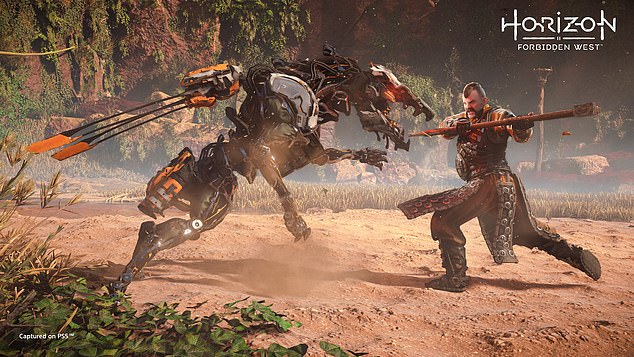 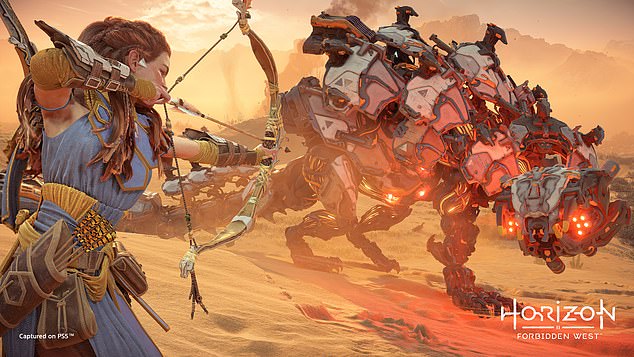 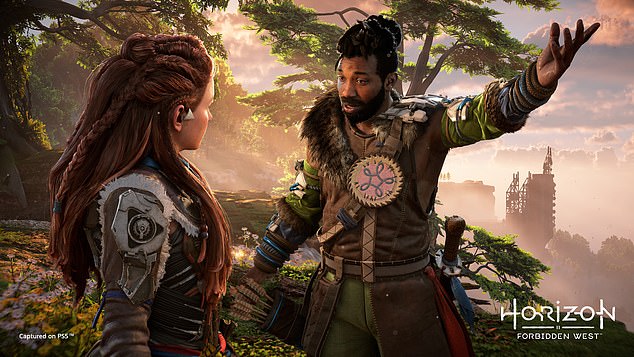 But everything is less cryptic now: the Forbidden West is simply where Aloy has to go to accomplish all that, so that’s what she does. You present-dayers may know it better as San Franscisco.

There are other differences between the two games. Aloy is more accomplished now — and fêted as a ‘saviour’ wherever she goes, after her feats in the first game. This is both good (we avoid the extended origin story clichés of Zero Dawn) and bad (she can come across as a bit of a know-it-all).

She also has more ways of getting around, including a grappling hook and a fantastical thing known as ‘swimming underwater’. But, while enjoyable in themselves, these additions don’t really open up the game’s — ahem — horizons. This is still a more polished version of the gameplay that we see in, say, the Assassin’s Creed series.

But what polish! Forbidden West isn’t just beautiful; it has a claim to being one of the most beautiful games ever made — especially on the more powerful PlayStation 5. It’s a whirl of colour and scenery and fabric textures and sleek machinery.

If that’s the dystopian west, I’ll take one ticket, please. No return.

At first, Sifu seems like your standard kung fu revenge thriller. You are a youngster who sees their father killed by a bunch of maniacal martial artists. You vow to do something about it — with your fists.

But, as it progresses, Sifu is anything but standard. Its twist is that whenever you ‘die,’ you are brought back to life in the same spot, only one year older. And so the sprightly youth becomes a sciatic veteran, more vulnerable but more able to dish out pain. Much like in real life. 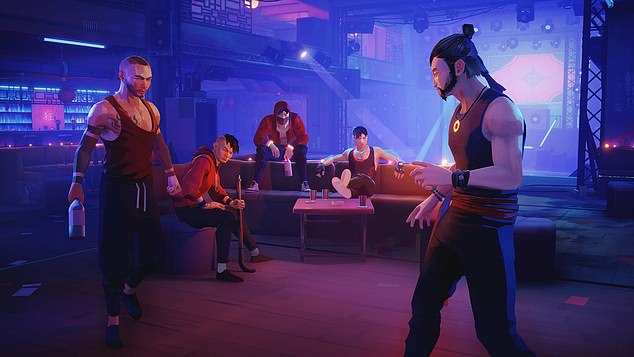 Then, when you reach 70 years old, you really do die — and have to start all over again.

It adds up to a game of raw effort: you strive to perfect every single encounter so that you can get further with more life left over. The process is at once exhausting (genuinely, my hands are still aching) and exhilarating. Kapow! And just plain Ow!