Adam Levine is planning to get back on the road with his band Maroon 5 as he tries to put his new sexting scandal behind him, despite a fifth woman coming forward with claims.

The 43-year-old Maroon 5 frontman will be leading the band at an upcoming performance in Las Vegas, sources with direct knowledge told TMZ.

The show, which is set for October 1 and has been dubbed ‘The Event,’ is a fundraiser put on by The Shaquille O’Neal Foundation. 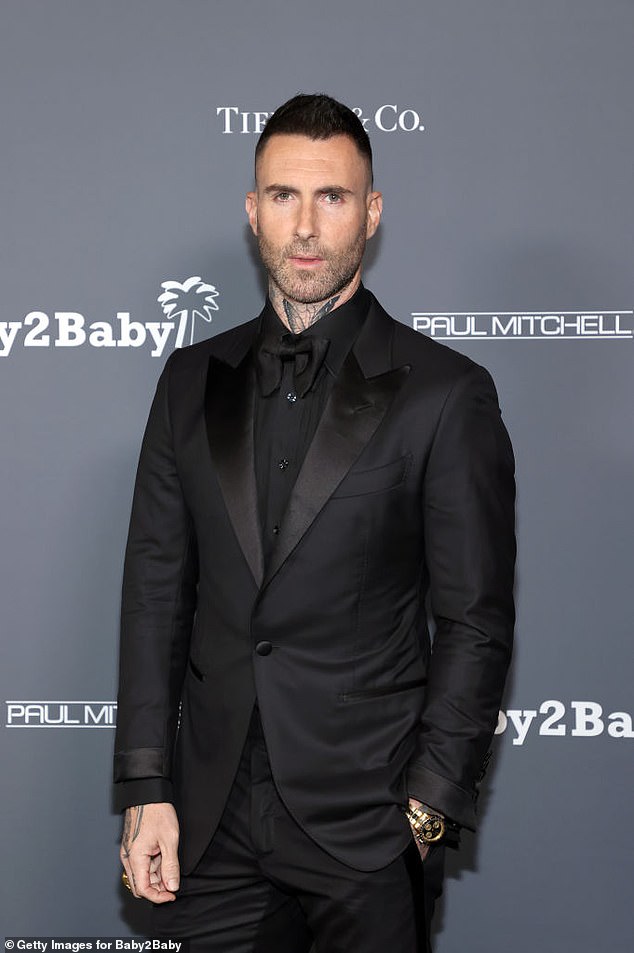 Back on the road: Adam Levine, 43, will try to put his sexting scandal behind him with a performance with his band Maroon 5 in Las Vegas next month, sources told TMZ on Thursday; seen in November 2021 in West Hollywood

The organization works with Boys and Girl Clubs and Communities in Schools organizations to help underserved children.

Adam and the band’s performance will be at the MGM Grand.

The singer likely won’t have to deal with questions about his latest sexting scandal, as the benefit show reportedly won’t have a red carpet — the same as last year — meaning he can get in and out in a low-key manner.

Despite the ongoing DM scandal, the sources also claimed that Adam would be continuing on with more performances with his band. 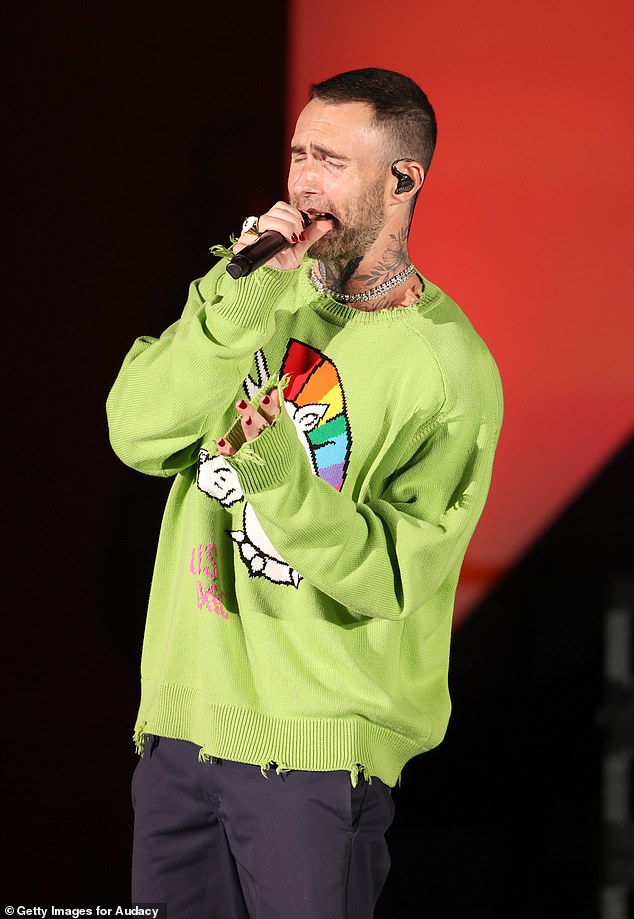 For a cause: The show, which is set for October 1 and has been dubbed ‘The Event,’ is a fundraiser put on by The Shaquille O’Neal Foundation, which helps underserved children; seen in October 2021 in LA 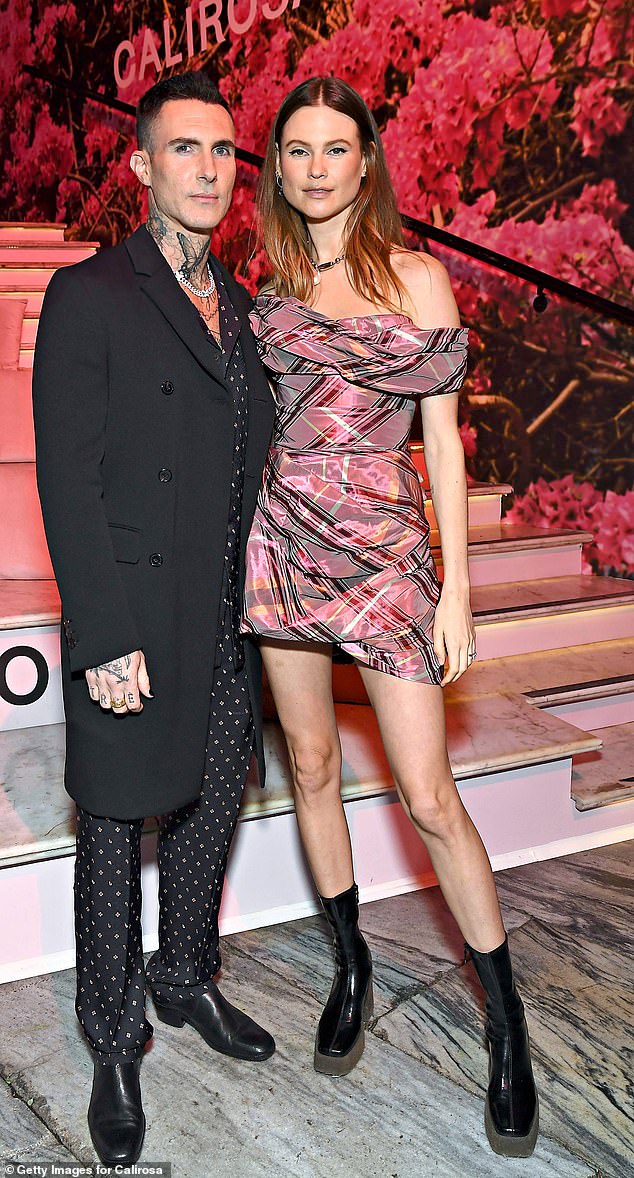 Troubles: Levine is married to Victoria’s Secret model be Behati Prinsloo, 34, and shares two young children with her, but he denied having an affair this week while admitting he ‘crossed the line’ with inappropriate DMs to another woman; seen in November 2021

The hitmaker will still be keeping up with all of his preexisting obligations, which seemingly includes an upcoming Maroon 5 tour.

The band is set to do a tour of Asia starting in late November, before returning to the US for a New Year’s Eve show in Palm Springs, California.

Adam, who is married to the model Behati Prinsloo, 34, has been inundated with claims that he sent inappropriate sexual messages to several women.

Adam’s cheating and sexting scandal troubles began when the social media model Sumner Stroh, 23, claimed that she had carried on a year-long affair with the singer, after he claimed his marriage was on the way out.

She said they were together in 2021, after she had graduated from college.

‘At the time, I was young, I was naive and, quite frankly, I feel exploited,’ she said in a video posted Monday. ‘I wasn’t in “the scene” like I am now, so I was definitely very easily manipulated.’

She claimed that after Behati’s pregnancy was announced, which suggested the relationship was on stronger ground than she had been led to believe, Adam then told that Sumner wanted to potentially name the child after her. 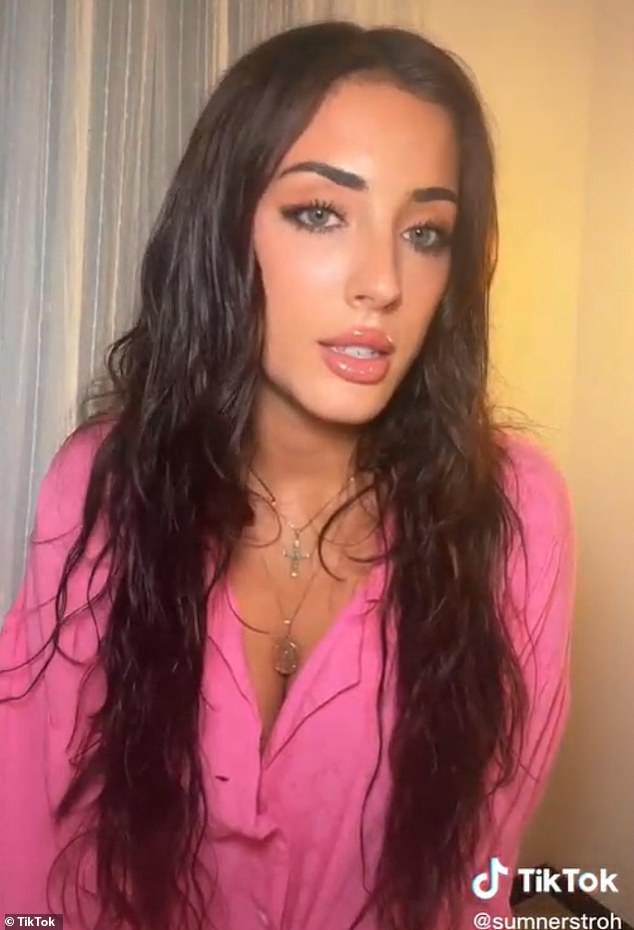 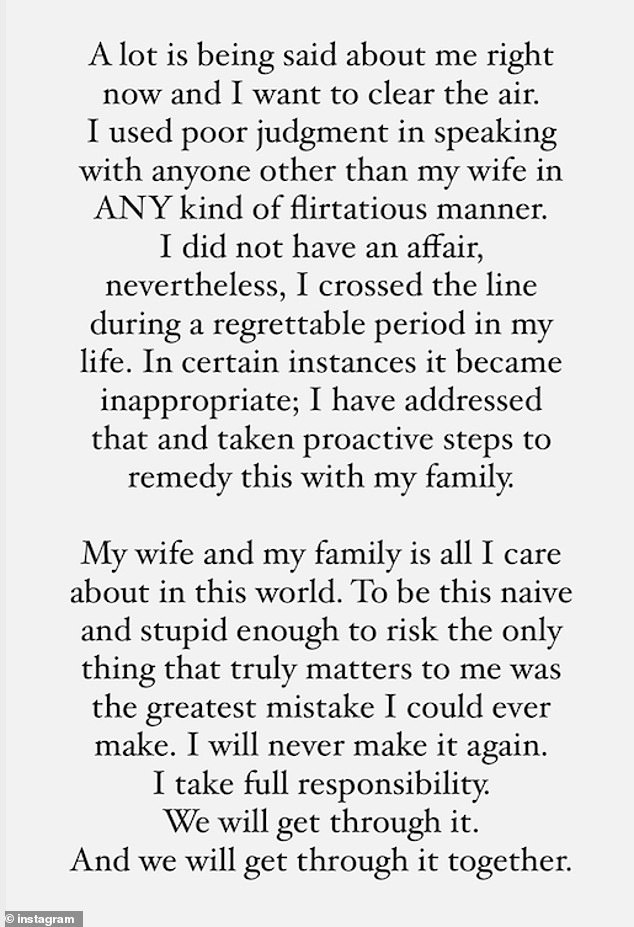 Half denial: Levine denied ever having an affair, but admitted his messages were ‘inappropriate’

Adam has since denied the model’s cheating claims, though he has admitted that his messages and sexts with her ‘crossed the line.’

Additional women have since claimed that Levine sent them flirtatious messages.

Ashley Russell, a 21-year-old student at Auburn University in Alabama, spoke exclusively to DailyMail.com on Wednesday to detail her interactions with the singer.

She said that the former Voice coach began sending her flirty messages in March, many of which were related to her workouts, though the messages dried up by the end of the month when she warned him that he might get caught.

‘I would check every time I posted a story, which was every day, and it was always viewed by him,’ Russell said. ‘He would like mainly like booty stories and would always reply with something to do with leg or booty day at the gym.’

On Wednesday, Adam was seen out in Santa Barbara with Behati and their children, but so far his wife has not addressed his scandal. 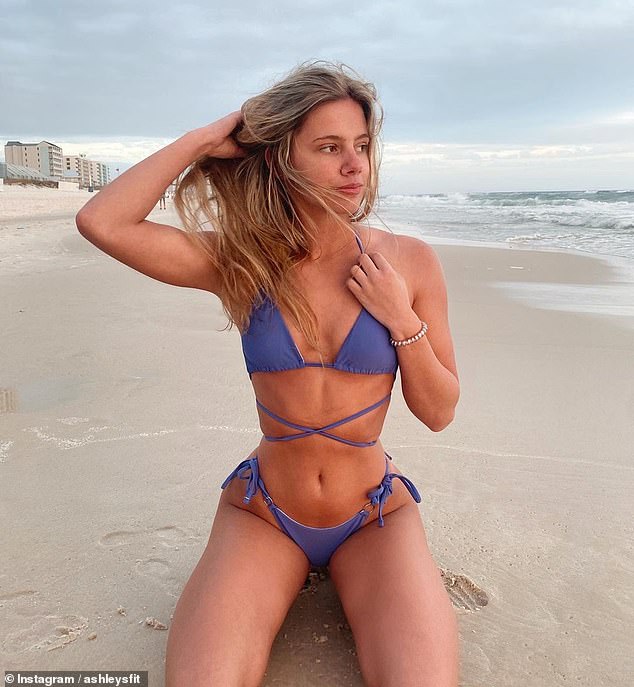 Fifth woman: Ashley Russell, 21, who runs a health and exercise Instagram account, told DailyMail.com how Adam Levine suddenly began messaging her after he allegedly came across her profile randomly in March 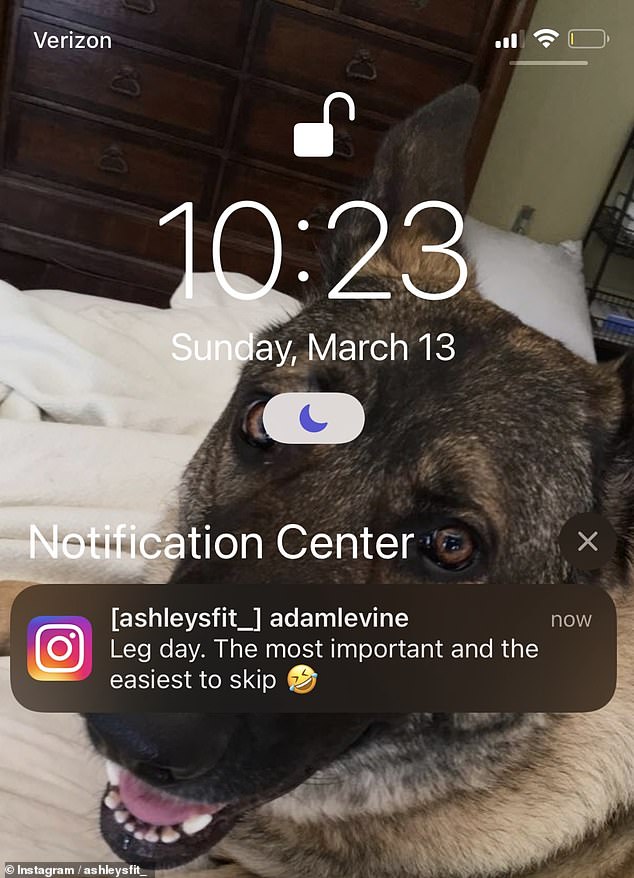 Receipts: Russell also provided screenshots of what appeared to be notifications of messages from Levine’s Instagram account. Multiple other women also said Levine had sent flirty messages to them