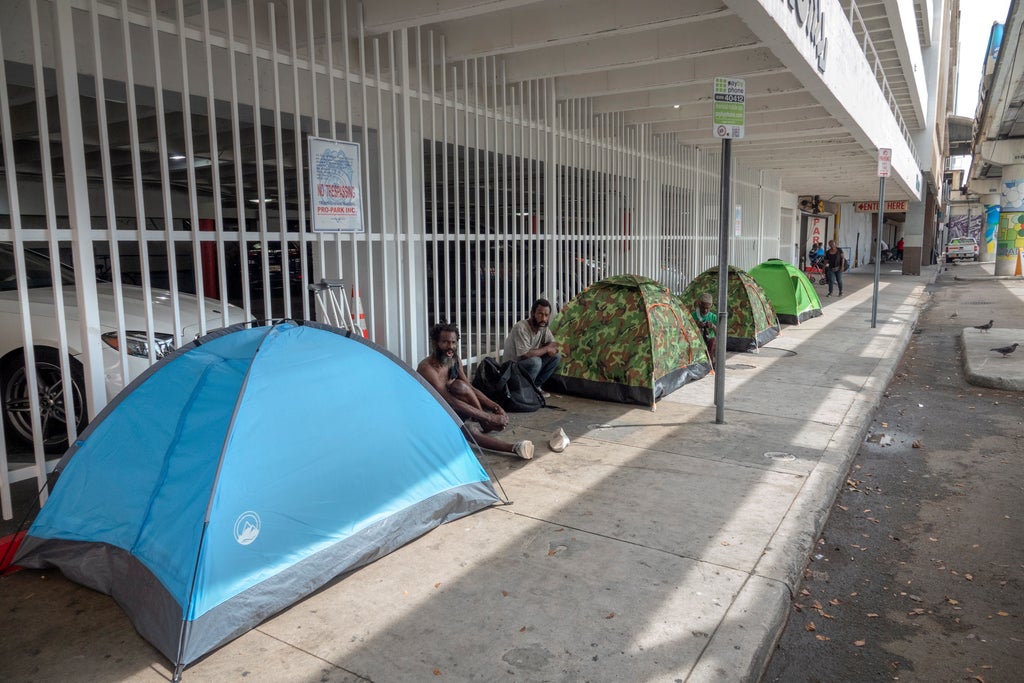 What started as the apparent trolling of activists against a crackdown on homeless camps in Miami has become a formal proposal to be considered at the next city commission meeting.

Protesters have been demonstrating against a proposed city ordinance that would make homeless encampments in Miami illegal.

Dozens turned up to the previous meeting with placards declaring “housing is a human right”, “homelessness is a choice of those who govern” and “we are humans, we are not trash”.

As speakers said the hearing was talking about homeless people like they were animals, Miami commissioner Joe Carollo chimed in to suggest a progressive “adopt-a-homeless” programme that would allow activists to welcome homeless people into their own homes or to set up tents in their yards or on sidewalks in front of their apartment buildings.

“Since we’re all bad people up here and we don’t care,” began Mr Carollo sarcastically, as shown in video of the meeting.

“I’d like to create a new programme today, for all of you here that I’m sure, many of you here are going jump right up and stand in line to be the first to help. And that’s the adopt-a-homeless programme.”

Mr Carollo said under the initiative everyone against making homeless camps illegal could adopt one of their own to be humane and help them in their next step in life.

As he asked for a list of those who would welcome the homeless into their homes for “all the care, the love, the humane treatment that they want”, the assembled crowd erupted in jeers, shouting and boos.

“Well, well, well, well, well, you know this is wonderful. You come here demanding rights, but then when we say something to you that you don’t like then my God, we don’t have rights, you want anarchy then right, just like you have in the streets now,” Mr Carollo said.

“I’m sick of this hypocrisy,” he added.

Following the contentious meeting, Mr Carollo told The Miami Herald that he’s making a serious proposal that could be a real solution similar to foster care for children, with the city providing funding to those who participate.

“If there are as many kind-hearted people out there as some claim to be out there, I would expect them to step up,” he told the outlet.

The vote on making homeless camps illegal was rescheduled for 28 October, on the same day in which Mr Carollo’s “adopt-a-homeless” programme is up for discussion.

“To provide aid to homeowners in the city that are willing to assist the local homeless population by welcoming a homeless individual into their home,” the resolution says.

“To live with them by providing a bed and daily essentials such as food, water, electricity and any other necessities as deemed appropriate.”

Eight things you should do to beat omicron Covid variant, according to Dr Fauci