ADRIAN THRILLS: By golly, Dolly, you really did write the book on country!

THE WEATHER STATION: How Is It That I Should Look At The Stars (Fat Possum)

When we last heard from Dolly Parton, she was singing with Michael Buble, Miley Cyrus and talk show host Jimmy Fallon on a Christmas album, A Holly Dolly Christmas, that was a mix of kitsch country and mainstream pop

When we last heard from Dolly Parton, she was singing with Michael Buble, Miley Cyrus and talk show host Jimmy Fallon on a Christmas album, A Holly Dolly Christmas, that was a mix of kitsch country and mainstream pop.

That was 15 months ago, around the same time as the indefatigable Parton was helping to fund the Moderna coronavirus vaccine … to the tune of $1 million.

Her latest album offers a different kind of remedy. Released as the ‘soundtrack’ to her first novel, a thriller written with best-selling author James Patterson, Run, Rose, Run is an old-school Nashville treasure trove.

Its 12 songs, all penned by Parton, have little in common with the crossover styles of her Christmas record, harking back instead to the country and western tunes of the 1960s.

Dolly’s book, also Run, Rose, Run, is out next week and it tells the story of a singer, AnnieLee Keyes, who moves to Nashville in search of fame and fortune.

As she makes her way in Music City, AnnieLee meets an older female singer who becomes her mentor — and many of the songs here are handed down as pearls of hard-won wisdom, passed on with all of Dolly’s insider knowledge of the Tennessee music scene.

She remains a highly accomplished songwriter, able to express complex emotions with a simple, human touch. At 76, her high-pitched voice is raspier than it once was, but she carries a tune with classy aplomb, skipping between hoedowns, rockers and ballads with all of her familiar showbiz razzle-dazzle.

The album follows a loose narrative. Opening track Run tells of an aspiring musician desperate to escape from the ‘trash and rubble’ of her old life. Big Dreams And Faded Jeans finds the same singer full of optimism before her hopes are dashed on the guitar-driven Snakes In The Grass, a metaphor for the pitfalls of the music business.

Things take a more tragic turn on Blue Bonnet Breeze, a bluegrass waltz that tells of ‘a rich city boy and a poor country girl’, two star-crossed lovers whose romance is doomed from the start. 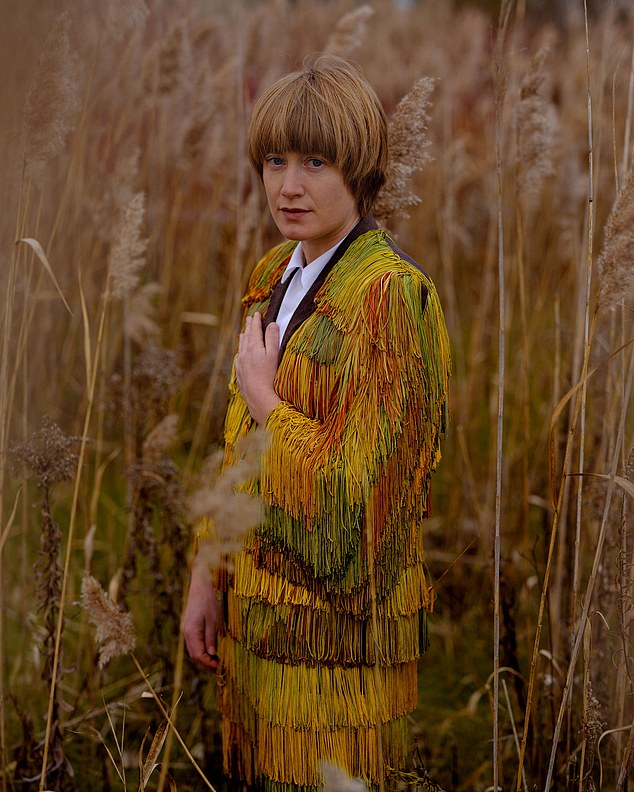 The optimistic numbers that follow — notably Dark Night, Bright Future — at least suggest that our fictional heroine ultimately prevails. As she showed on her Christmas album, Dolly remains a dab hand at duets — and there are three more here, as she teams up with Ben Haggard (son of country legend Merle), Arkansas singer Joe Nichols, and her co-producer Richard Dennison.

The latter is her partner on Love Or Lust, a schmaltzy finale that reiterates her fondness for a sweet, but corny, ending.

The concept of a soundtrack LP to a book is unusual. Elvis Costello created one to accompany his 2015 memoir, Unfaithful Music & Disappearing Ink, but that was made up largely of previously released songs, with just two new tracks. Run, Rose, Run is more ambitious.

With the songs and story in place, the scope for a spin-off stage musical (and perhaps a film) is there, too. As its title suggests, this one could run and run. 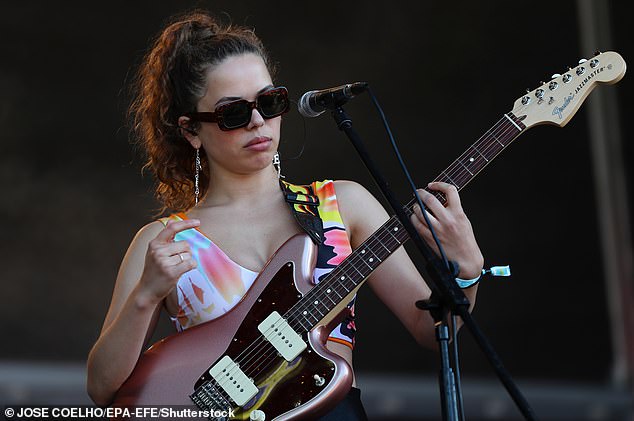 Having grown up listening to bands such as Nirvana and The Cure, Nilüfer Yanya cast the net far and wide on her diverse debut album, Miss Universe

TRACK OF THE WEEK

MADE UP MIND by BONNIE RAITT

The Californian singer blends blues and soul on a taster for her forthcoming album Just Like That…, her first release in six years. Her creamy voice adds mellow touches to a song about walking out on a bad relationship. A.T.

As she was making that record, the Canadian also came up with a clutch of softer, more intimate songs that didn’t quite fit the mood. Not sure whether she even wanted to release them, she logged the songs on a page labelled ‘ballads’ in her notebook before returning to them later with musicians from the Toronto jazz scene.

The upshot is an LP she sees as a companion piece rather than a sequel. If Ignorance leant towards musical grandeur, its sister album, cut live in three days, is understated, with no drums or percussion to add muscle to her piano, or her band’s subtle guitar, double bass and woodwind.

Despite the absence of rhythm, there are some beautiful moments: To Talk About, a duet with flautist Ryan Driver, has all the hallmarks of a jazz standard.

Having grown up listening to bands such as Nirvana and The Cure, Nilüfer Yanya cast the net far and wide on her diverse debut album, Miss Universe, a tongue-in-cheek swipe at the wellness industry that flitted haphazardly between pop, trip-hop and grunge. In concentrating sharply on her rock roots, her new album Painless is a sure-footed step forward.

The singer-songwriter from Chelsea, 26, embellishes her songs with shuffling drum loops, but the onus is mainly on her imaginative guitar work and shape-shifting vocals. The Dealer employs New Order-ish beats to address a fading romance and Stabilise, about humdrum city life, recalls the twangy, gothic rockabilly of The Cramps. A name to watch.