Adrien Brody was spotted with his arm in a sling as he visited the Odeon of Herodes Atticus in Athens, Greece on Friday.

The actor, 49, wore the black material support while visiting the stone Roman theatre structure located on the southwest slope of the Acropolis of Athens with friends.

He wore a black T-shirt to match his sling and opted for a pair of dark grey jeans. 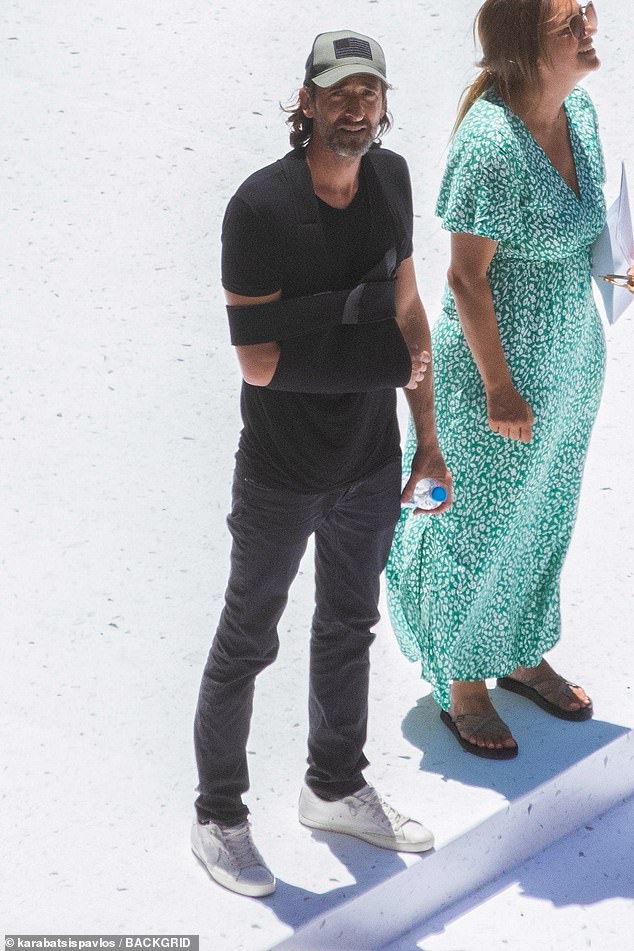 Broken man? Adrien Brody, 49, was spotted with his arm in a sling as he visited the Odeon of Herodes Atticus in Athens, Greece on Friday

The star wore a pair of white trainers and opted for a black baseball hat to keep his head covered as he stood in the bright sunshine.

Adrien carried a bottle of water with him in a bid to keep hydrated in the hot weather.

He sported some neatly groomed facial hair and pulled his long hair to the back of his head. 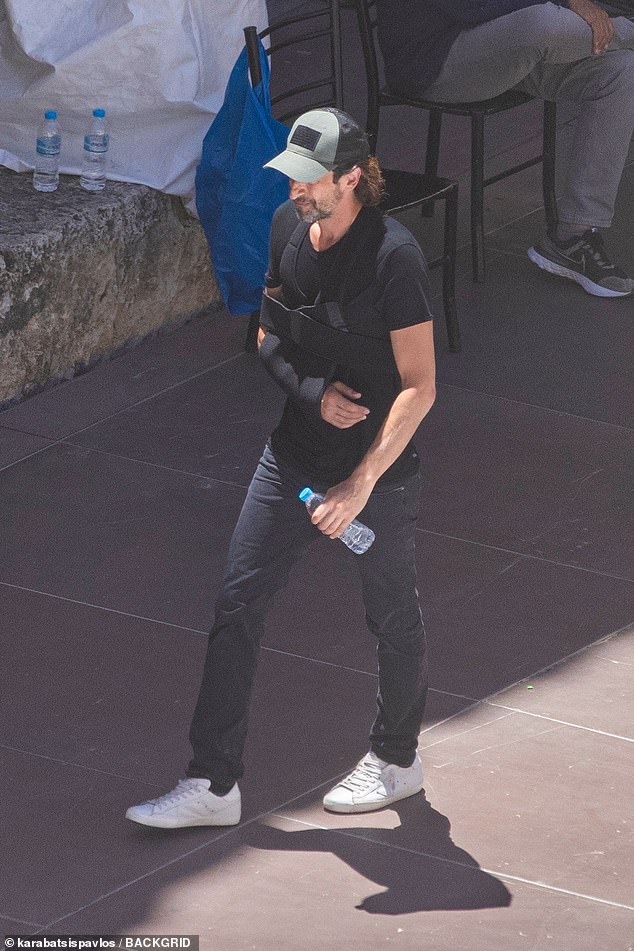 Keeping it casual: He wore a black T-shirt to match his sling and opted for a pair of dark grey jeans

Adrien’s trip to Greece comes after he told Deadline that Netflix‘s new Marilyn Monroe biopic, Blonde, will cause ‘some controversy’ when it is released later this year.

Blonde is scheduled for release in September on Netflix and will be the streaming service’s first original film to garner an NC-17 rating.

The movie is based on a 2000 book by Joyce Carol Oates and is directed by Andrew Dominik, with actress Ana de Armas playing Marilyn. 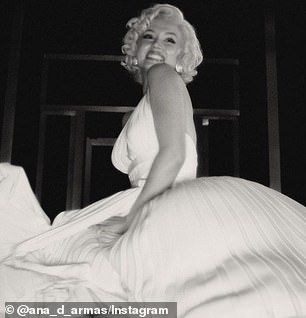 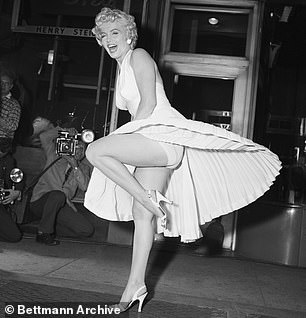 Glory: Marilyn smiles as she shoots a promotional campaign for The Seven Year Itch (Ana playing Marilyn in the film, left, and Marylin right)

There has been controversy over Netflix sharing a film with a NC-17 rating but director Andrew Dominik blew off the uproar in February: ‘It’s an NC-17 movie about Marilyn Monroe, it’s kind of what you want, right? I want to go and see the NC-17 version of the Marilyn Monroe story.’

The official Blonde synopsis from Netflix reads: ‘[The film] boldly reimagines the life of one of Hollywood’s most enduring icons, Marilyn Monroe.

‘From her volatile childhood as Norma Jeane, through her rise to stardom and romantic entanglements, Blonde blurs the lines of fact and fiction to explore the widening split between her public and private selves.’ 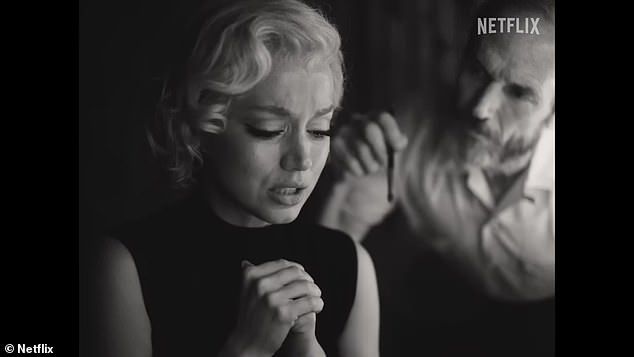 Not a stable woman: In the teaser, Ana’s Marilyn is seen as heavily morose in a glam room with a male makeup artist, with Ana portraying an emotional Marilyn