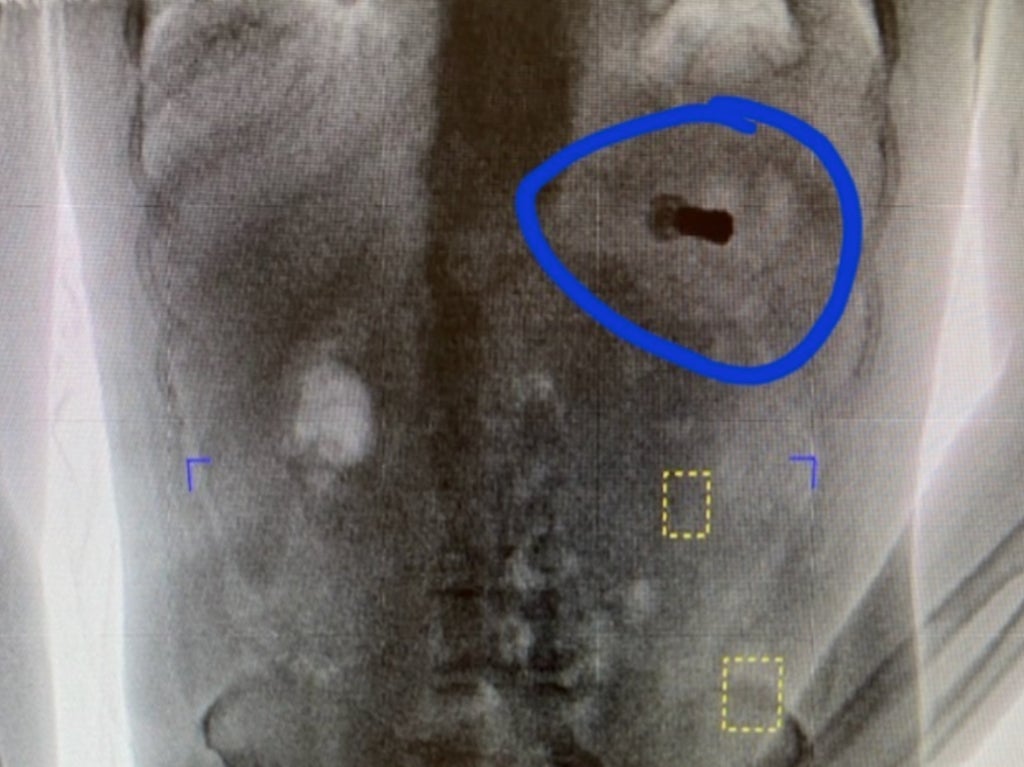 An Alabama prisoner was found to have swallowed a shotgun shell after a prison body scanner picked-up the item sitting in his stomach.

The man, who has not been named, was transferred from an Alabama prison to another in Morgan County when the shotgun shell was found.

The sheriff’s office said in a Facebook post that the man had been arrested elsewhere in the county, and that the shotgun shell in his stomach was found when he walked through a body scanner to be checked-in to the facility.

He was seen by medics and an image of the shell sitting in the prisoner’s stomach was shared to Facebook, much to the astonishment of the officers.

“Before getting arrested, we recommend potential inmates avoid swallowing a shotgun shell prior to their visit,” the department wrote. “Yes … we have just as many questions as you do.”

The shell was allegedly from a 410-gauge shotgun, although it was not clear when the shell was swollen, and why.

Prisoners are sometimes found to be carrying drugs inside of them when being checked-in, but a shotgun shell has never been seen in Morgan Court, according to a spokesperson.

“He was never booked in,” said Mike Swafford, the spokesperson. “When our medical staff saw that, they said, ‘He has to go to the hospital.’”

“We don’t see a shotgun shell very often,” Mr Swafford added. “We speculate it had drugs in it but we don’t really know.”

The Facebook post by Morgan County Sheriff’s Office has had more than 1,000 likes and hundreds of shares, with a nurse writing: “You would be amazed at what we find on the x-ray in the hospital as well”.

“People come in with pain and swelling etc, and x-rays done and oops!”

Additional reporting by The Associated Press.