Chancellor Kwasi Kwarteng’s ‘fiscal event’ is off to a flying start with the scrapping of the Health and Social Care Levy, which is a surcharge on national insurance contributions in disguise.

It was an ill-designed tax, delivered outside the budgetary cycle and seized upon by the Treasury as a chance to restore the tax base post-pandemic.

Initially, Rishi Sunak was going to levy it on employees alone. 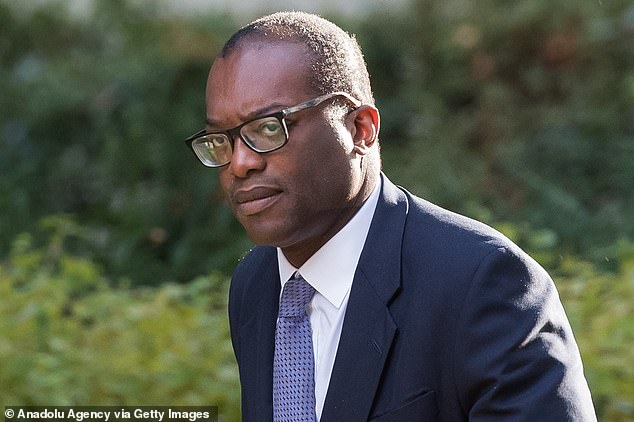 Tax cut: Chancellor Kwasi Kwarteng’s has scrapped the controversial Health and Social Care Levy that was brought in by his predecessor Rishi Sunak

But when it was realised how much could be raised, he planted it on employers as well, raising some £13billion a year overall.

The levy was marketed as an opportunity to resolve Britain’s muddled social care system. For the first couple of years it was intended to resolve NHS bottlenecks post-Covid, and social care would come next.

A key cause of hospital overloads is bed blocking by the elderly and infirm (through no fault of their own) across the NHS.

These are patients, fit to leave, who should have been transferred from hospitals into care homes or home care.

The money from the levy would have been better directed at the social care end of the problem.

But the reality is that the nation has lost more than a decade, since the Dilnot report was published in 2011, making a start on reshaping social care.

A more robust approach would have been a social market solution similar to that put in place by the Blair government for workplace pensions.

If such a plan had been up and running there already would be an endowment fund easing the path into social care.

As in the case of workplace pensions a small proportion of salary, attracting tax relief, would be deducted at source and paid into a fund managed in the private sector.

There would be the opportunity to opt out. As the pensions levy demonstrates, very few people would do so.

The abolition is a tax cut for 28m people, and worth £330 a year. There are bound to be protests that it helps the rich more than the less well-off.

The reality is that it gives everyone more control over their finances and releases cash for spending and growth.

Moreover, by lifting the burden on employers it makes it cheaper to take on staff and acts as a barrier against inflation.

How will all this be paid for? The Treasury says improvements to the NHS and social care will come from general taxation.

What often is forgotten is that the most heinous recent tax increase was Sunak’s freeze on allowances in an age of high inflation. That will reap around £40bn of extra income, and rising, for the Treasury.

Awash with retail deposits accumulated during the pandemic, the banks have been appallingly slow to reward savers as the Bank of England lifted interest rates from 0.1 per cent last year to 2.25 per cent now.

However, the end to emergency rates and the £80billion start to the roll-back of the Bank’s quantitative easing holding of gilts is dramatically improving options for pensioners.

Brokers Hargreaves Lansdown calculate that annuity rates have jumped by a remarkable 35 per cent over the last year, rising to the best level in a decade.

Annuities, which guarantee retirees a certain income, fell from favour after the financial crisis.

Former Chancellor George Osborne decided the fairest thing was to sweep away the rule that pension lump sums had to be used to buy an annuity.

Do-it-yourself investment became the rage and there was concern that a whole new generation of silver-haired Ferrari drivers would opt for excitement.

When ownership of Neil Woodford’s Patient Capital Trust was transferred and rebranded as Schroder UK Public Private, the worst looked to be over for investors.

Shares in the quoted trust have now hit a new low after it was revealed that the valuation of one of its biggest holdings, Amsterdam-quoted Benevolent AI, has been wrongly stated for more than five months.

The embarrassing mistake was made before Link Fund Solutions was removed as an alternative fund manager by Schroder.

Another issue for the Financial Conduct Authority as it zooms in on Link’s role in the Woodford scandals.