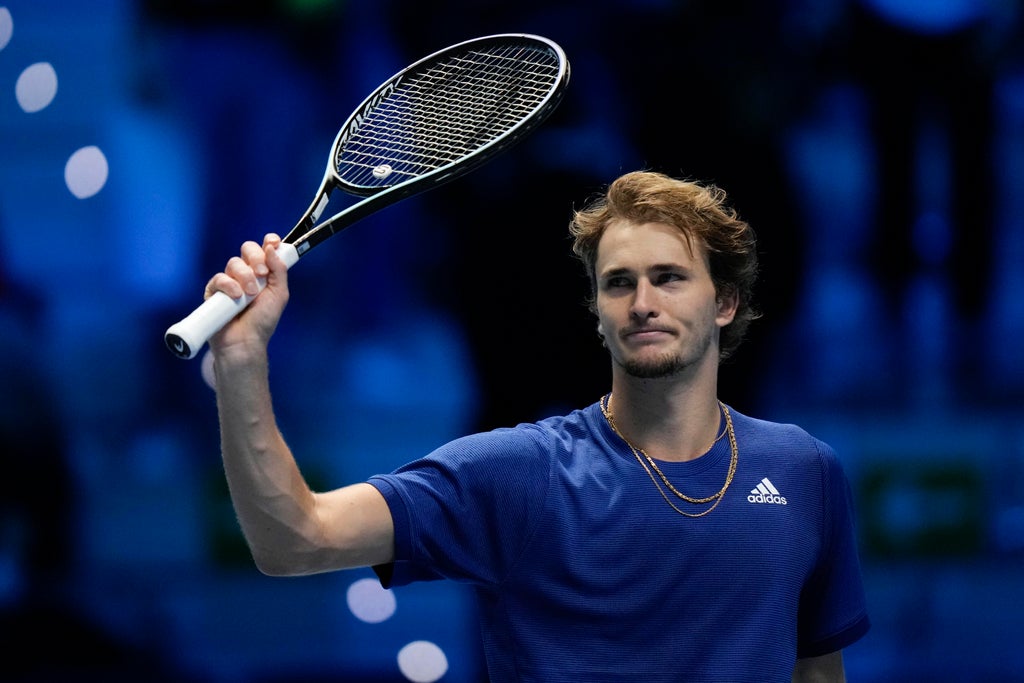 Third seed Zverev bounced back from his narrow loss to Daniil Medvedev on Tuesday with a 6-2 6-4 success against Pole Hurkacz, who has lost all three matches on his debut.

After a promising display in defeat to Medvedev in his first match, Hurkacz was well beaten by alternate Jannik Sinner two days ago and was all at sea in the opening set here.

The seventh seed won just two points in the opening four games and, although he improved in the second set, he could not build on some promising moments and dropped serve in the ninth game.

It has nevertheless been an excellent season for Hurkacz, who won his first Masters title in Miami and reached the semi-finals at Wimbledon.

Zverev’s victory means Thursday evening’s clash between Medvedev and Sinner is a dead rubber, with the former already assured of topping the group and Italian Sinner unable to reach the last four.

Fellow alternate Cameron Norrie was eliminated after losing his first match against Casper Ruud on Wednesday but he still has a contest to play against Green Group winner Djokovic.

And the British number one is determined to make the most of the occasion, saying: “I can’t wait. I have never played Novak before, never practised with him. So it’s a first for me, and I’m not sure if I played a world number one before. I’m looking forward to it.

“It’s going to be difficult but I’m looking forward to it and another test for me. I’m going to go out and see if I belong and can compete with a guy like that.”