Lead in gasoline may have had disastrous effects on the health of Americans over the age of 25, a new study finds.

Researchers from Duke University in Durham, North Carolina, estimate that a combined 824 million IQ points may have been lost by 170 million Americans born before 1996 from the constant inhalation of lead in the environment exhausted by cars.

The lead exposure is likely also responsible for cardiovascular and respiratory issues, though researchers could not quantify the collective harm the same way they could cognitive issues and IQ points.

While the U.S. and the UK have both dropped lead out of gasoline, the lingering effects will hurt the population for decades down the line. 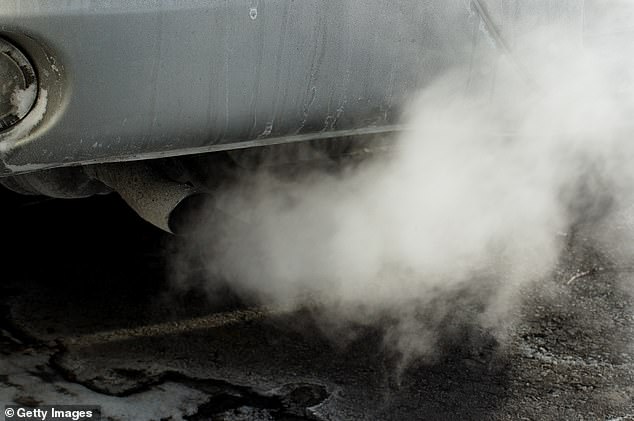 Leaded gasoline was commonly used in the U.S. before the 1990s, and a study finds exposure to the chemical likely cost the country more than 800 million IQ points in 170 million people effected (file photo)

Aaron Reuben, a PhD candidate at Duke and co-author of the study published Monday in PNAS, told DailyMail.com that much of the harm caused by lead are from ‘legacy exposures’ – people who were heavily exposed to it before it was strongly regulated late last century.

Lead exposure is relatively minor today, having been strongly regulated out of day-to-day life. This was not the case 30 to 40 years ago. 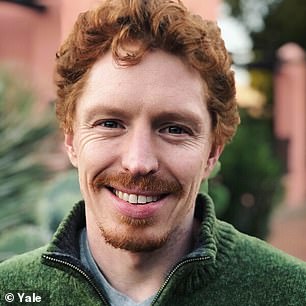 Aaron Reuben (pictured), a PhD candidate at Duke, said that people aged 40 to 70 years old suffered the most dangerous levels of lead exposure

‘Almost everyone in the [40 to 70 years old] age cohorts had lead exposures as children that would trigger case management,’ Reuben said.

‘These are people that are alive and not that old.’

The regular exposure from gasoline in particular will likely effect every American born in 1996 or earlier – people as young as 25 years old.

Reuben notes that everyone’s level of lead exposure depends on the environment they grew up in, as the chemical does the most damage when a person’s brain is still young and developing.

People who grew up near highways, or in poorer, often Black, communities were most likely to have suffered the worst exposure.

Those who believe that they were likely exposed to high amounts of lead in their youth should not worry, Reuben says, but take proactive steps to limit the damage can have on them.

‘You cant change what happened in the past,’ Reuben said, noting that any exposure that has occurred has likely already set in.

The impact on each individual person is limited – with only a few IQ points lost and only a slightly increased risk of heart and cognitive issues.

Systemically, though, the lead exposure poses a great issues. The collective loss of intellect across all Americans has a ‘brain drain’ effect, making the population collectively less smart and innovative.

‘The idea is that everyone exposed has likely lost a few IQ points off of there potential,’ Reuben said.

‘For the individual the impact can be pretty minimal… [for society] we will have fewer geniuses and more people in the [cognitively] impaired range.’

Upticks of conditions like dementia, heart disease and others also have long ranging impacts on a health care industry that is already dangerously short staffed. 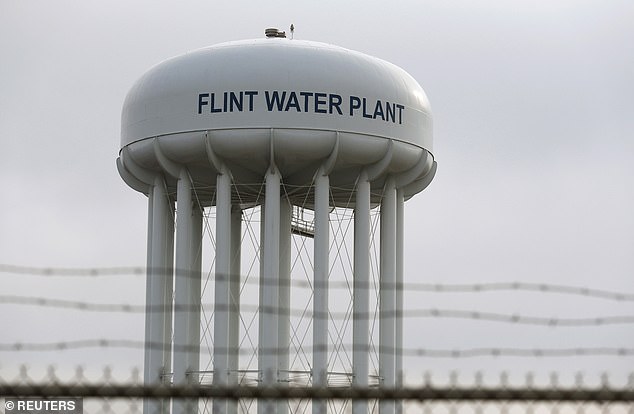 Flint, Michigan, became the poster for lead exposure in the U.S. after its long-running water crisis from 2014 to 2019 (file photo)

Lead is still present in American life, but the population is more aware of it than ever.

The Flint Water Crisis garnered worldwide attention, and the Michigan city that had its running water reach dangerous levels of lead exposure from 2014 to 2019 has become a poster child for the dangers of lead poisoning.

Flint is not the only city to suffer from lead infused water, though. Data from the Natural Resources Defense Council shows that 56 percent of Americans consumed lead-tainted water in 2020.

While none are as bad as Flint, this frequent lead exposure can still pose a danger, especially to the youngest of Americans.

Reuben said that removing lead from American life will be expensive, time consuming and will require a lot of political will from people. Preventing the long term effects may be worth it, though.