She’s been a long time campaigner for body positivity by sharing unfiltered photos on Instagram.

Sheppard, 31, said it was ‘really important’ to join the campaign because growing up she was taught you have to look a certain way to be worthy. 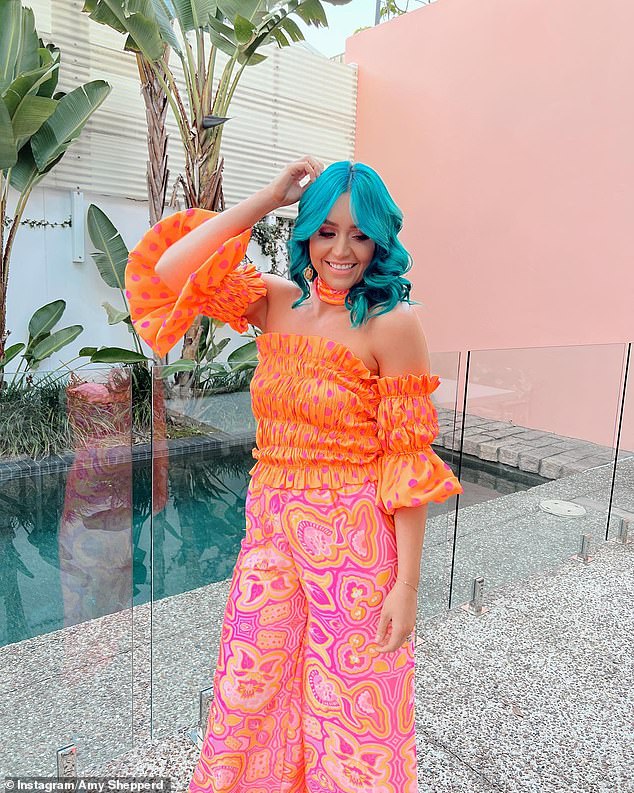 Speaking to the Herald Sun, she added: ‘It’s taken me a long time to work it out and really start to feel my worth in who I am as a person rather than just how I look and putting my capabilities front and centre, rather than my aesthetics.

Sheppard will speak about her ‘light bulb moment’, which was the decision to post an unfiltered bikini picture to Instagram.

She had initially edited it, including slimming herself down and adding a filter, but thought ‘she looked like a barbie doll’ so she posted the original instead. 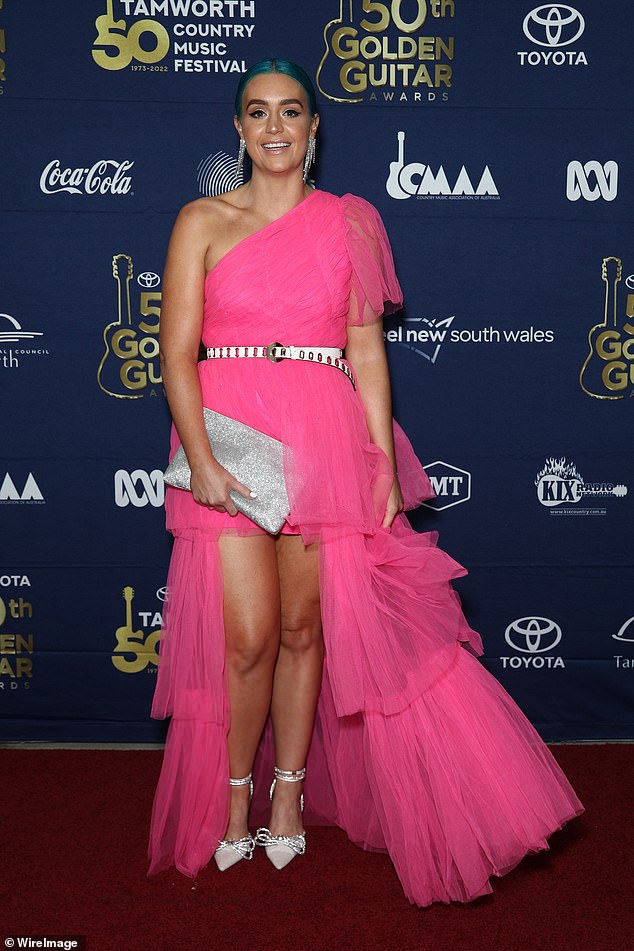 Sheppard, 31, said it was ‘really important’ to join the campaign because growing up she was taught you have to look a certain way to be worthy

‘I was shocked because it was quickly my most liked photo,’ she recalls.

‘I had DMs from women and people all around the world saying “Thank you. This is the content we need to see. I have been craving to see a body that looks like mine”‘.

‘We should be teaching the younger generation that they have more to offer this world than just looks. At the end of the day, looks don’t really mean anything.’ 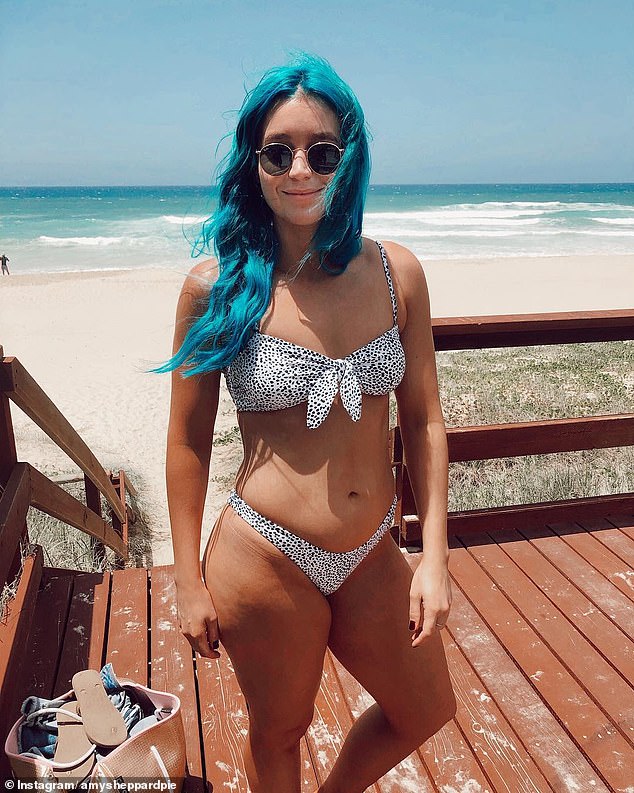 Fired up: Aussie singer Amy Sheppard once again hit back at trolls after being told her cellulite ‘isn’t normal’ and ‘shouldn’t be normalised’

More than seven in 10 children in Australia say a ‘specific aspect’ of their appearance is their ‘number one concern’, according to the Herald Sun.

Campaign founder Taryn Brumfitt said that her film Embrace: Kids was the ‘next step’ in the Embrace journey after she released a 2016 documentary, ‘Embrace’.

The film was viewed all over the world, with the number one piece of feedback being, ‘I wish I’d watched this when I was younger’.

‘No child was born hating their body, it’s a learned behaviour, I want to undo what’s been done,’ Brumfitt added. 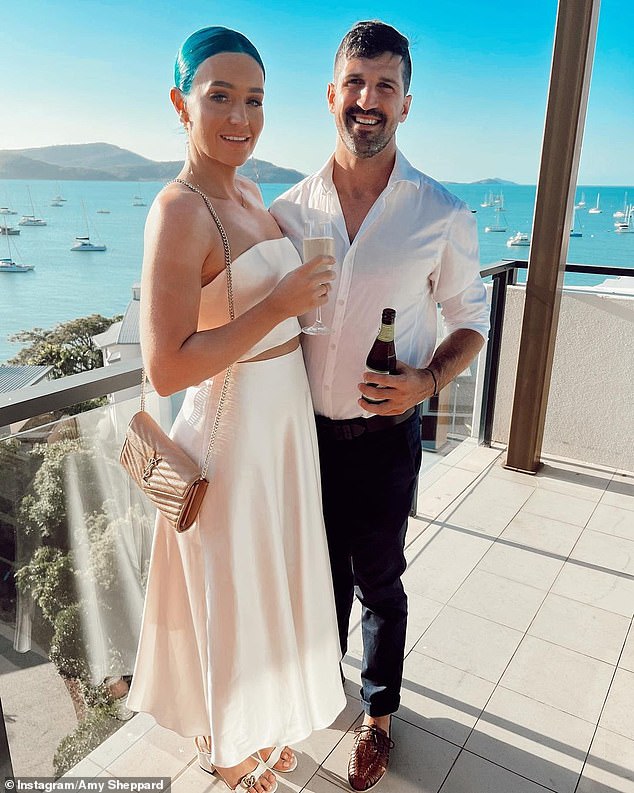 Amy is outspoken about body positivity and recently hit back at trolls after being told her cellulite ‘isn’t normal’ and ‘shouldn’t be normalised’.

She has shared several examples of offensive comments she’d received on TikTok alongside the soundbite: ‘Am I going to cry? Am I about to cry? No… okay.’

Amy, who performs in the pop-rock group Sheppard, shared an important message about self-worth in the caption.

‘There are always going to be people trying to drag you down but when you put in the work and truly understand your worth and value in this world, nothing can possibly break you,’ she wrote. 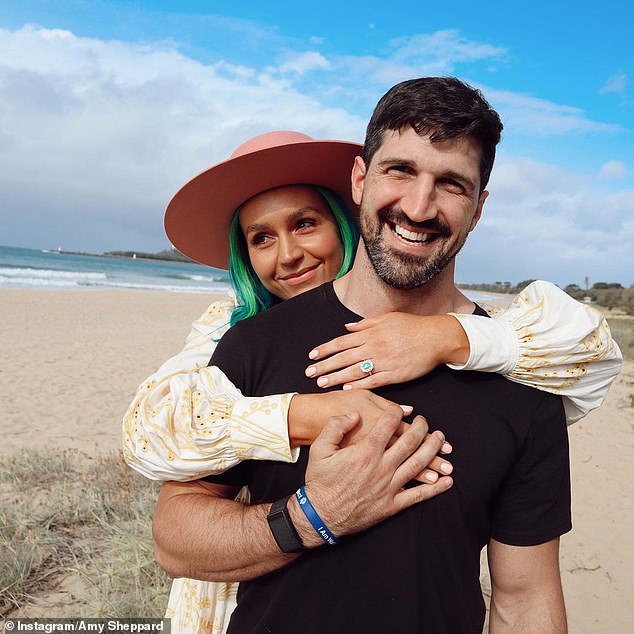 Love story: Amy announced she was engaged to Lachlan in September 2020. The couple had been dating for six years, after meeting at a Brisbane nightclub in 2014