Anglo American’s new chief executive faces calls to ‘turbocharge’ the development of its potentially lucrative potash mine in North Yorkshire after the war in Ukraine caused a hike in global fertiliser prices.

The FTSE100 company bought the Woodsmith Mine in 2020 from Sirius Minerals, which collapsed after failing to drum up enough funding from lenders.

Located near Whitby, Woodsmith was being developed to unearth the mineral which is a key nutrient for plants.

Since the acquisition, Anglo American has poured money in to salvage the project and it plans to invest another £440million this year. 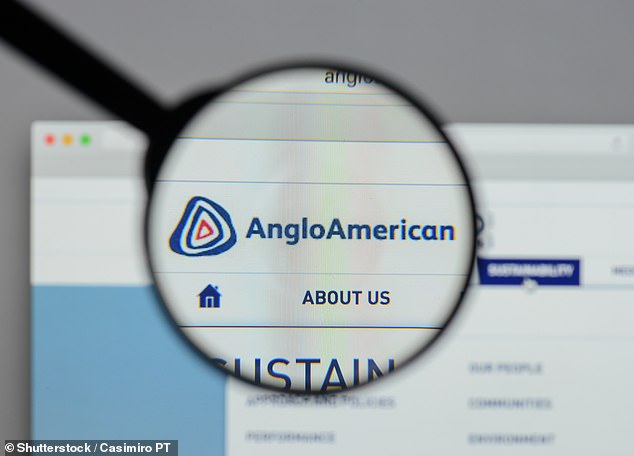 Potential: Anglo American bought the Woodsmith Mine in 2020 from Sirius Minerals

Now, Anglo’s Duncan Wanblad – the company’s head of strategy who is taking over as chief executive from Mark Cutifani later this month – has been urged by City figures to accelerate plans.

‘The world desperately needs potash for fertiliser production. It needs it yesterday,’ Meyer said, adding that the situation was likely to persist as long as sanctions on Russian goods were maintained.

‘[The Woodsmith mine] is now looking like a great acquisition for Anglo American’, Meyer added.

Prices of fertiliser have soared following the outbreak of the war in Ukraine. The conflict and subsequent sanctions have disrupted supplies from Russia, one of the world’s largest producers.

It has also sparked fears of a global food crisis. In addition to its fertiliser exports, Russia is also a major producer of wheat alongside Ukraine. Together, the two nations account for nearly a third of the global market.

The situation has left many governments scrambling to secure supplies from different sources in a bid to protect their economies and help consumers. Aside from a possible opportunity from the global fertiliser crisis, Wanblad will also be thinking about the long-term future of Anglo.

The 54-year-old will become the first South African to run the business after he replaces the Australian-born Cutifani, who has led the group for nearly a decade.

While he has yet to publicly lay out any concrete plans for the group, there are indications Wanblad is preparing to cash in on booming demand for metals used in batteries and the renewable energy sector.

The incoming chief executive said the world ‘is going to need a whole lot more metal’ to meet decarbonisation targets.

In comments to the FT Mining Summit last October, he noted that the accelerating shift towards electric transport meant the global supply of metals such as copper and nickel looked ‘more constrained than it has for some time.’

Wanblad also said that construction of wind farms, solar panels and hydrogen power plants will be ‘steel-intensive’, and as a result will elevate demand for key ingredients such as iron ore and the metallurgical coal used in blast furnaces.