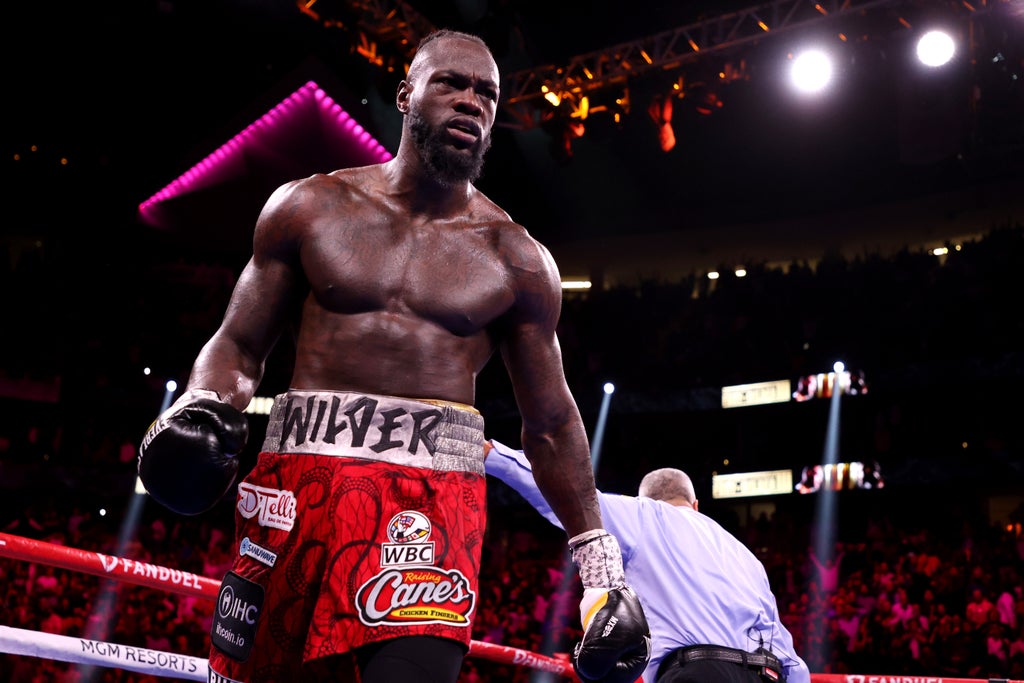 Anthony Joshua vs Deontay Wilder is still a “massive fight” even if the British star loses his rematch to Oleksandr Usyk, claims Wilder’s co-manager Shelly Finkel.

Joshua was defeated by Usyk in September, losing his WBO, WBA and IBF belts, and the fighter has triggered the rematch clause in their contract. He will be targeting a win and then a unification bout against Tyson Fury, who beat Wilder in October to retain his WBC title.

Finkel said: “It’s early and we have to get through Usyk and Joshua and see a couple of other possibilities. It’s a massive fight, no matter what happens in the Joshua – Usyk fight.

“And I’m not sure that Usyk, even with his great skills, will be able to deal with the size of Fury.”

Joshua’s rematch against Usyk is set to take place in the spring and Fury himself will be hoping his compatriot wins the bout so they can fight. The pair had a bout scheduled for 2021 but it had to be tabled as a court ruled Fury had to see out his trilogy fight with Wilder.

He had wanted Joshua to defeat Usyk and said after the fight he was “absolutely wounded” the Brit couldn’t get the victory.

“Did I watch the fight? Yes I did. Was I absolutely wounded that he won? Yes I was. I was hoping Joshua could win the fight, but he couldn’t – and that’s none of my business… I don’t like picking on people who are down and probably at their lowest point and probably mentally unstable and unwell with a big loss after such a long reign.