Are buyers looking for More Than This? Surrey Roxy Music home for sale

Despite having its price slashed by a third more than it was on sale for two years ago, the former home of Roxy Music’s lead guitarist still hasn’t budged.

It begs the question whether buyers are looking for – in the words of the band’s 1980s track – more than this?

The unusual property is circular in shape and has an impressive recording studio where many of the band’s songs were recorded.

The seven-bedroom property is near Chertsey, Surrey, and is on the market for £5.95million via Fine & Country estate agents.

The studio is also a location where other artists recorded, including Paul Weller, Robert Wyatt and David Gilmour. 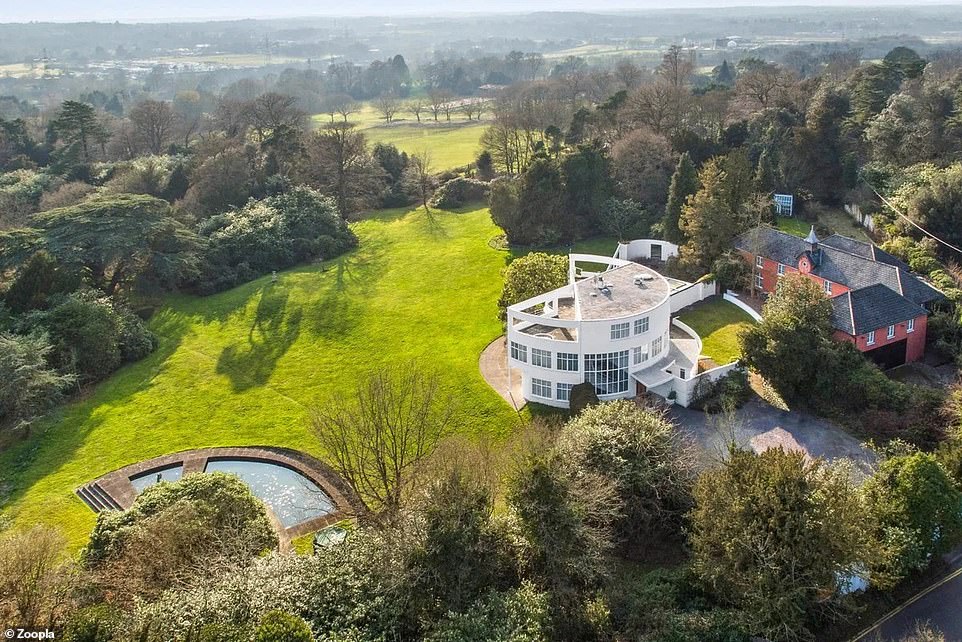 The Surrey estate is near Chertsey and is on the market for £5.95m, with the sale being handled by Fine & Country estate agents 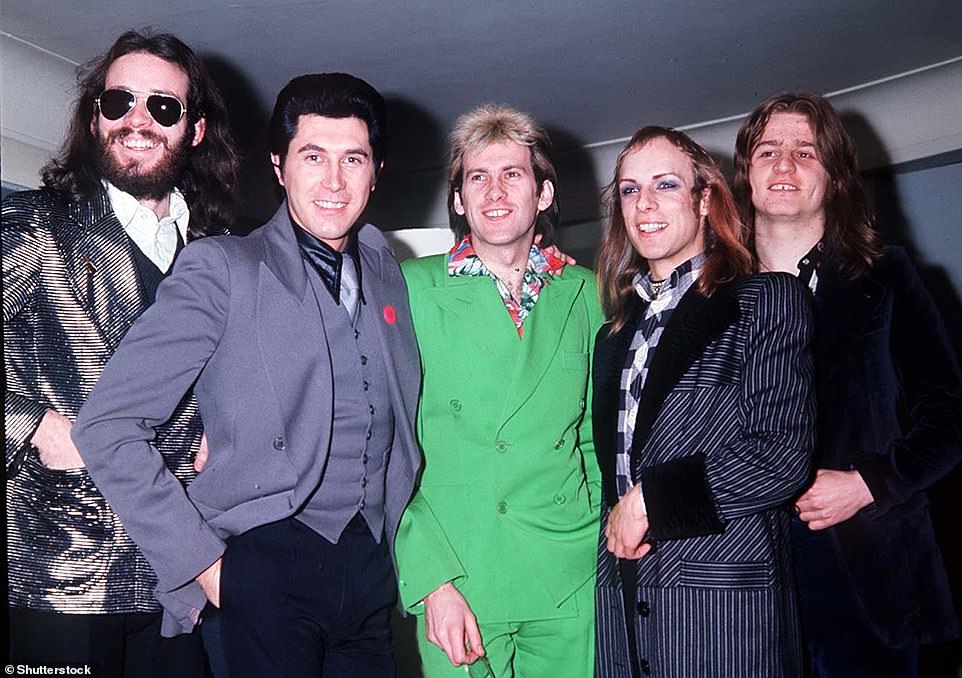 The studio is a former 19th century coach house, where Roxy Music laid down tracks for their albums Flesh and Blood and Avalon. 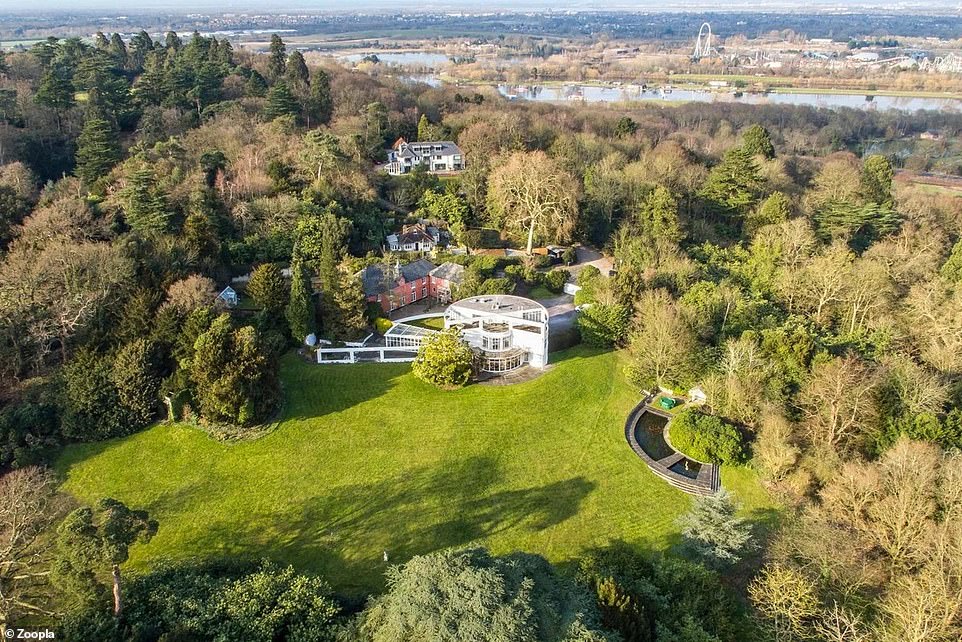 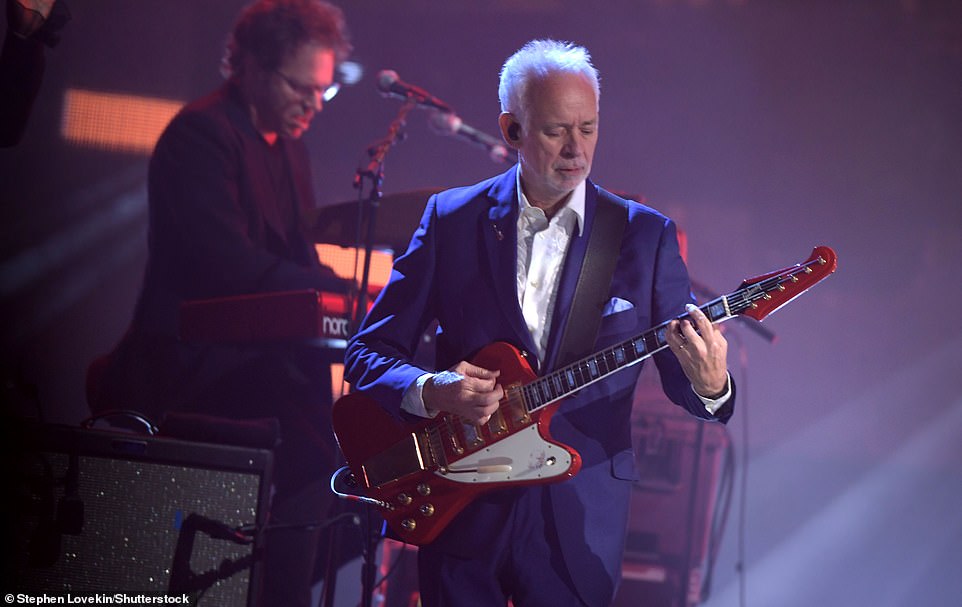 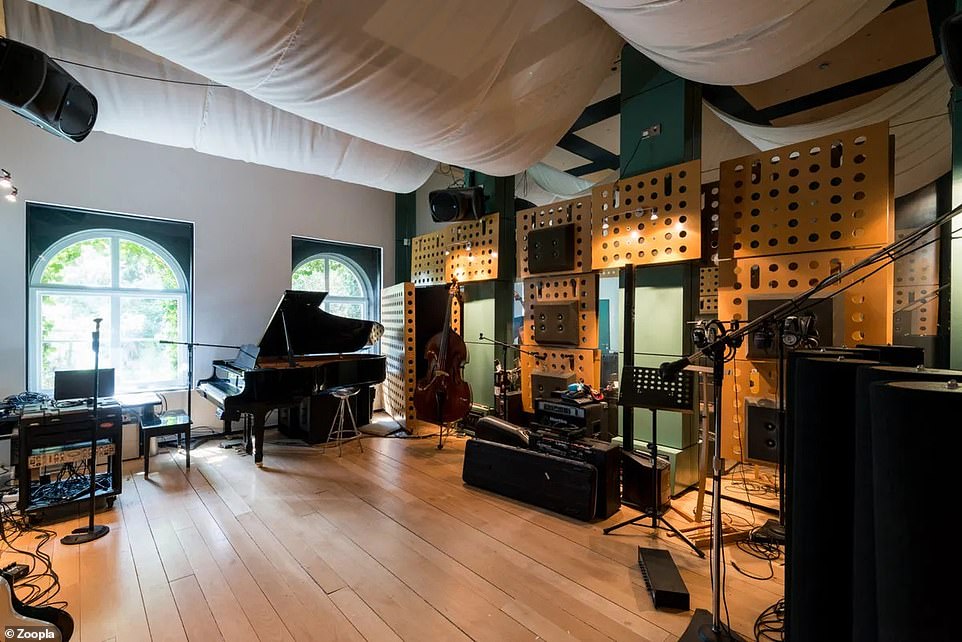 The studio is a former 19th century coach house, but is now an iconic music venue where many famous tracks have been recorded 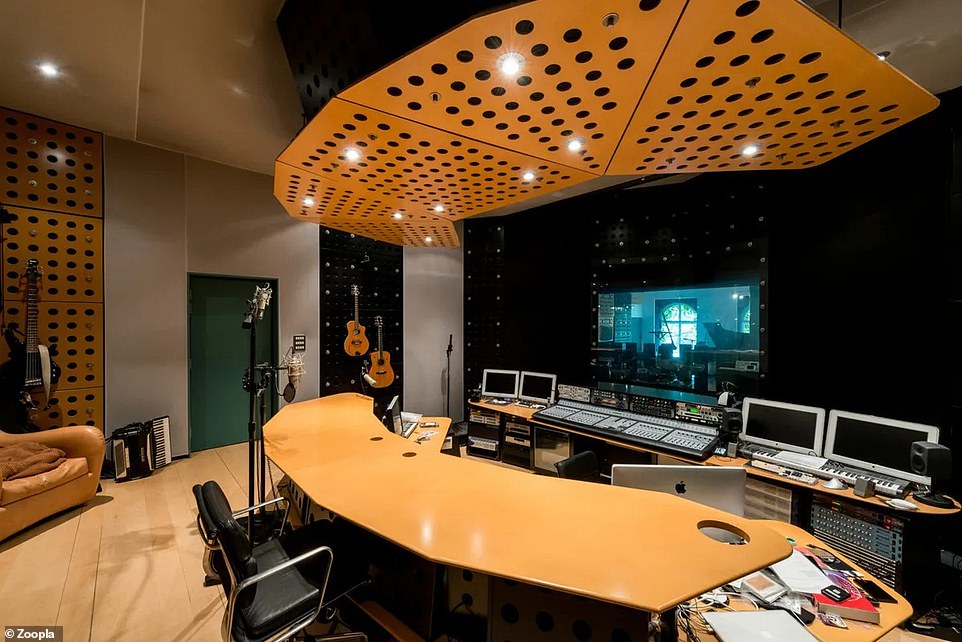 The impressive studio is well equipped with recording technology and various instruments, including some guitars

The property was more recently home to Renée Zellweger during filming for her role in the award-winning Judy Garland biopic.

It also provided the backdrop for Agatha Christie’s Poirot after several episodes were filmed there. And the sleek design was an ideal setting for Nintendo’s 2008 adverts, which starred Girls Aloud. 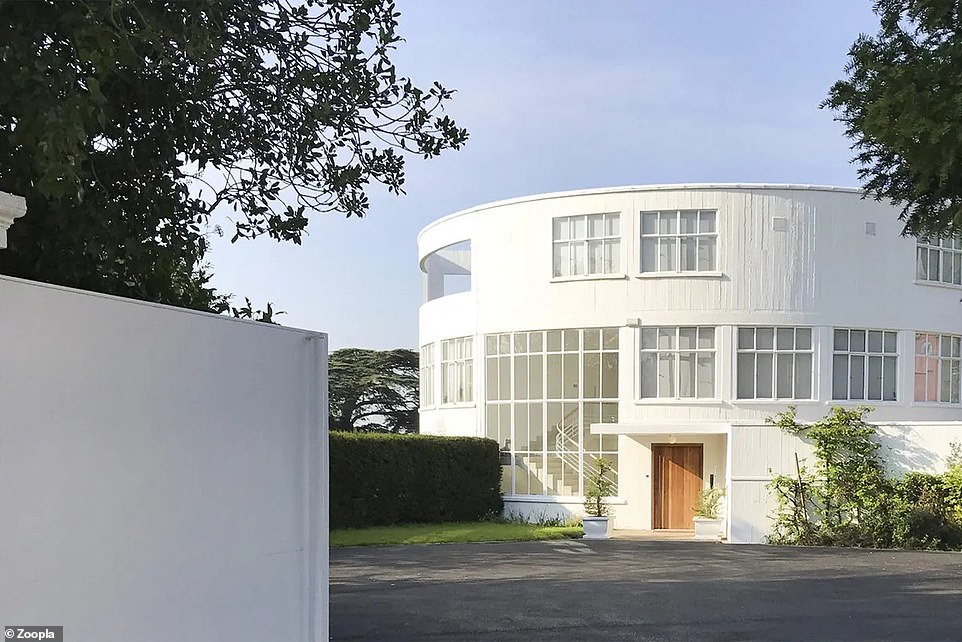 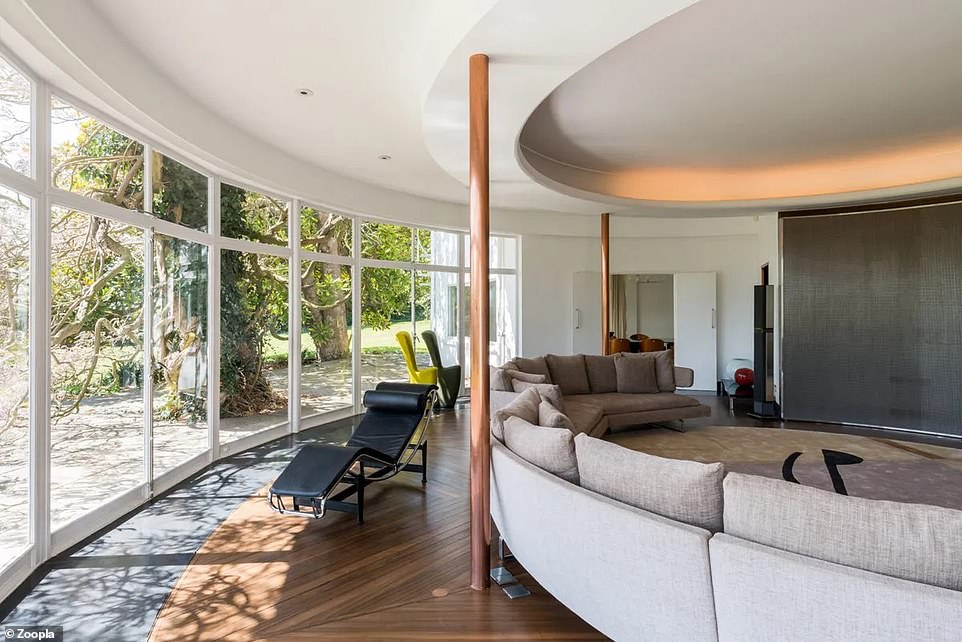 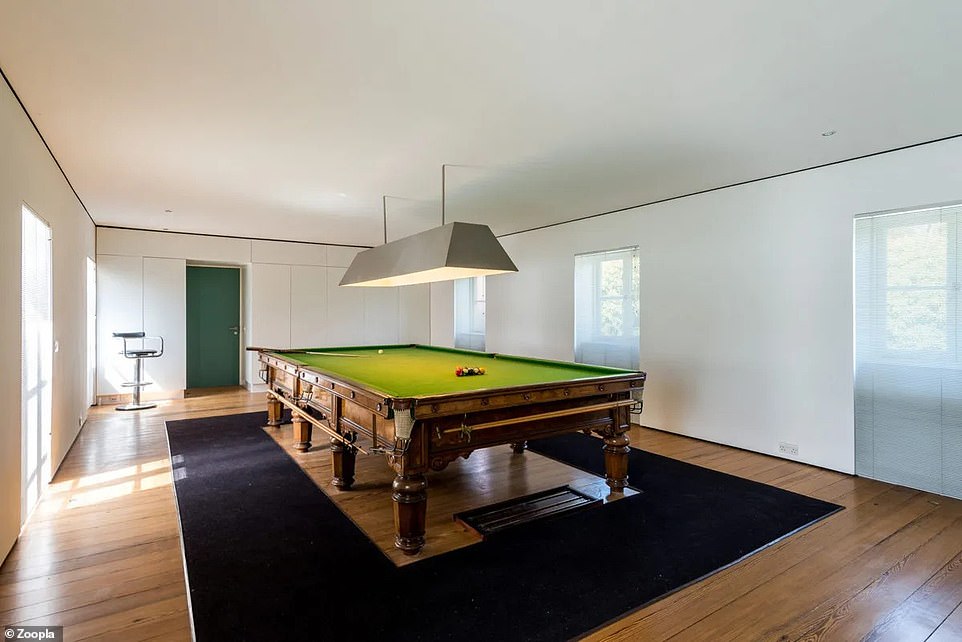 The current owners use one of the rooms at the property as a snooker room, which houses a full-sized snooker table

The property was first built in 1936 by the architect Sir Raymond McGrath, who designed the home to keep the homosexual relationship of its owners a secret.

This included building in features into the couple’s bedroom which enabled it to be split in two, keeping their relationship a secret at a time when homosexuality was a criminal offence.

The property comes with eight acres of land, including a Japanese inspired wooden walkway with small ponds. 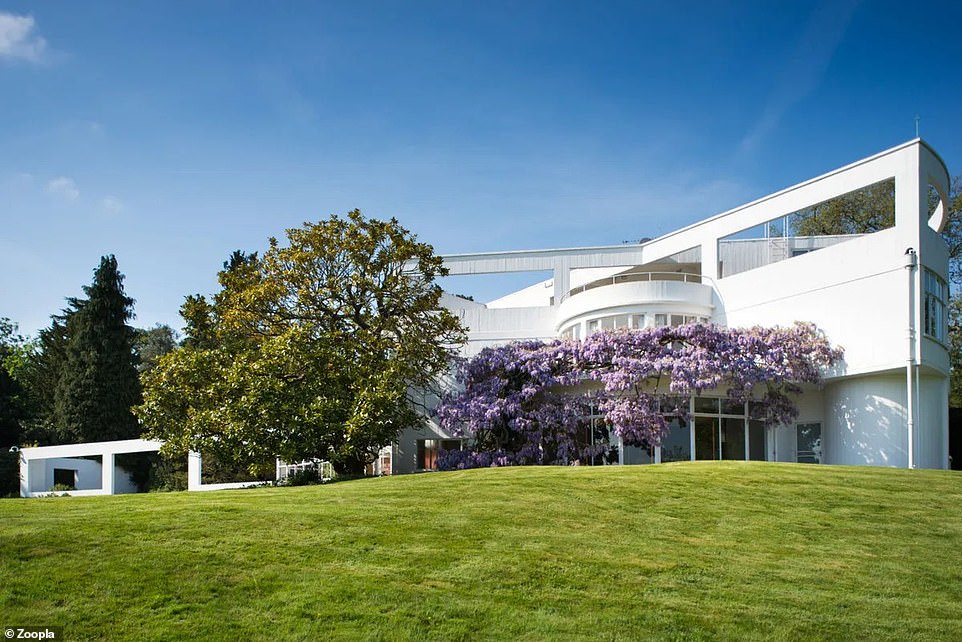 The striking property comes with eight acres of land, which have been beautifully landscaped – including with a colourful wisteria 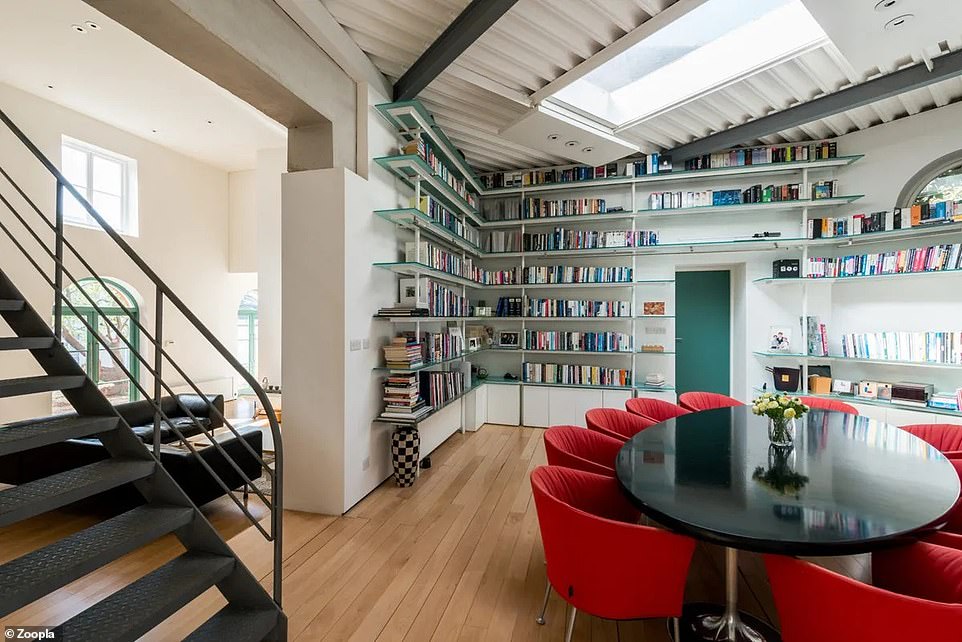 The dining area has wooden floors, shelves of books and a roof opening that lets the sunshine flood the room with light 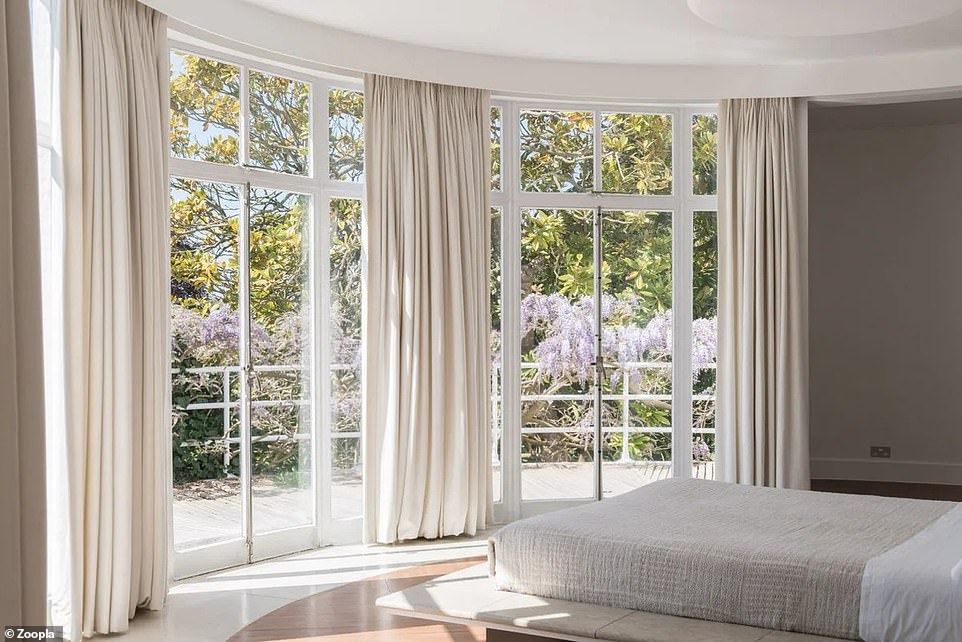 In total, there are seven bedrooms, including this one with floor to to ceiling glass doors that open out onto a balcony

Back in spring of 2020, technology entrepreneur Osman Kent had been reportedly trying to sell the property since 2016.

He acquired the estate in 1997. But the house had become too big for him and his wife, and they even slashed the price of the estate by a third in a bid to attract a buyer.

The average price of a property sold in Chertsey during the past 12 months is £477,490.

It compares to £326,176 for the country as a whole, according to property website Zoopla.

Daniel Copley, of Zoopla, said: ‘This showstopper property has a lot to offer buyers including 6,500 sq ft of bright and airy open place spaces, seven bedrooms and a large garage.

‘The star of the show is undoubtedly the state of the art recording studio, which was originally built by Roxy Music’s Phil Manzanera and was the location where many of the band’s most famous tracks were recorded.’