But after the Pitch Perfect star returned to Los Angeles this week, Brittany had time to catch up with other gal pals.

The reality star turned podcaster was seen enjoying a beach picnic with a friend in the Sydney suburb of Bondi. 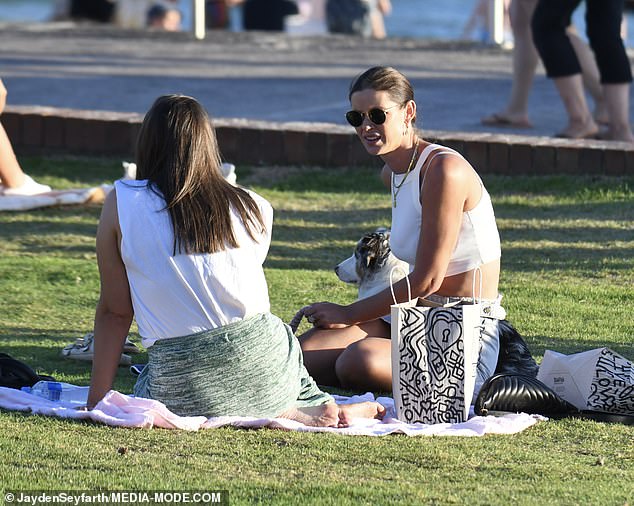 Catch-up: Bachelor star Brittany Hockley (pictured) showed-off her toned midriff as she soaked-up the sun with a gal pal during a picnic at Bondi on Wednesday

Brittany looked deep in conversation with her pal as the two women lapped-up the sunshine while chatting to each other.

Brittany flashed her toned midriff wearing a white cropped singlet along with a denim miniskirt. 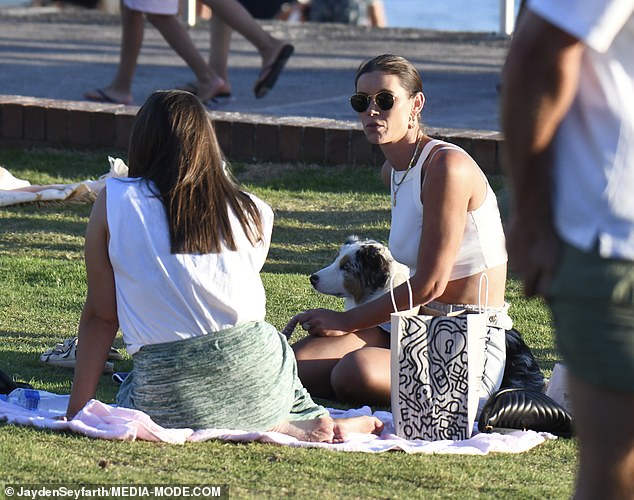 Conversation: Brittany looked deep in conversation with her pal as the two women lapped-up the sunshine while chatting to each other

She finished her outfit with a pair of round sunglasses.

It comes after Brittany confirmed her relationship with Jordan is still going strong despite spending several months apart.

The reality star was reunited with her beau in Sydney in December after she returned to Australia by herself in October. 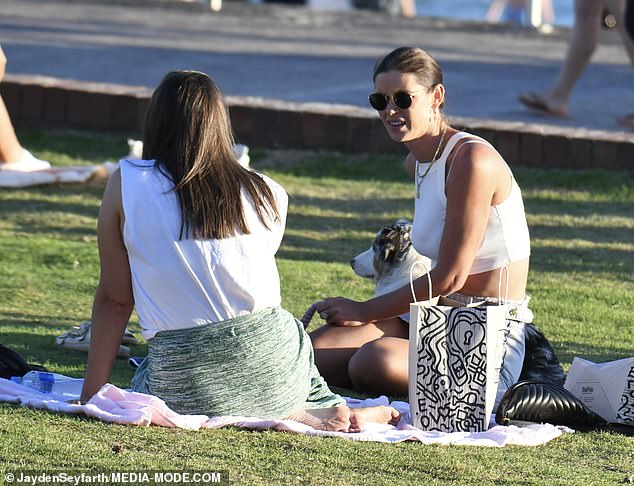 Style: Brittany flashed her toned midriff wearing a white cropped singlet along with a denim miniskirt. The two women feasted of Fishbowl during the outing

Brittany, who is notoriously private about her romance, recently shared a photo of herself cuddled up to the athlete, with a picturesque view of the beach behind them.

She simply captioned the image ‘home’ as they beamed for the selfie.

Jordan was notably missing by his girlfriend’s side when she picked up two awards the Australian Podcast Awards in Sydney in December. 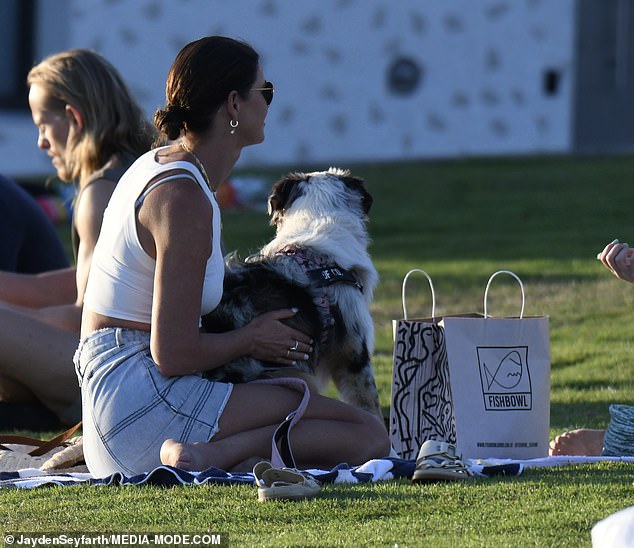 Accessories: The reality star finished her outfit with a pair of round sunglasses and sandals which she slipped-off while sitting on the rug

‘That’s long distance for you though! We’re definitely still together,’ Brittany told Daily Mail Australia when asked about her partner.

Brittany returned home to Australia back in October after flying out in June to join Jordan on the tennis tour and help his team with tournament logistics.

The couple, who first met on celebrity dating app Raya last year, travelled across Europe and the United States for his matches. 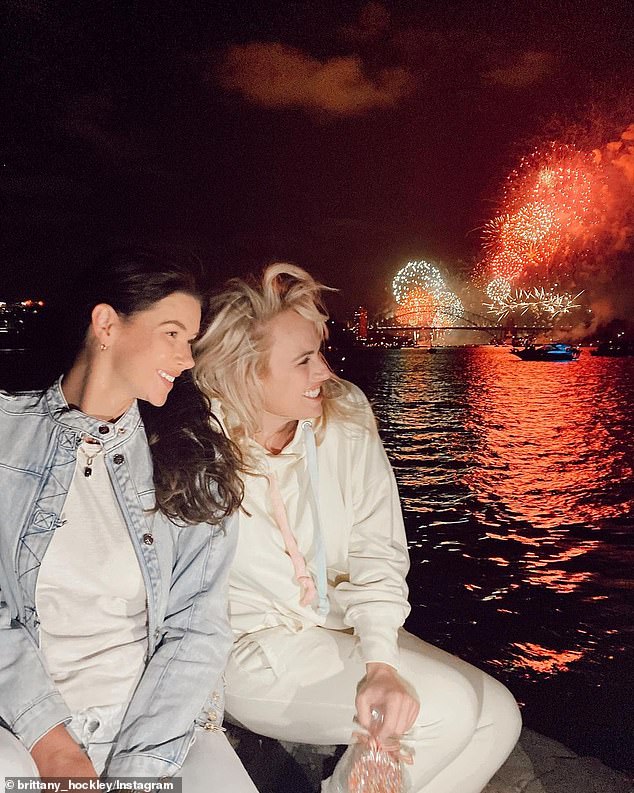 Friends: Brittany has been spending time with Hollywood star, Rebel Wilson, with her ringing in the new year with the Pitch Perfect star

In November, Brittany had her most candid chat to date on her podcast Life Uncut, which she shares with fellow Bachelor alumni Laura Byrnes.

During the episode, Brittany was joined by her boyfriend and the two didn’t hold back any details as they uncovered some of their most intimate relationship secrets.

Jordan admitted that they met on celebrity dating app Raya, but that Brittany initially knocked him back three times because of her busy schedule. 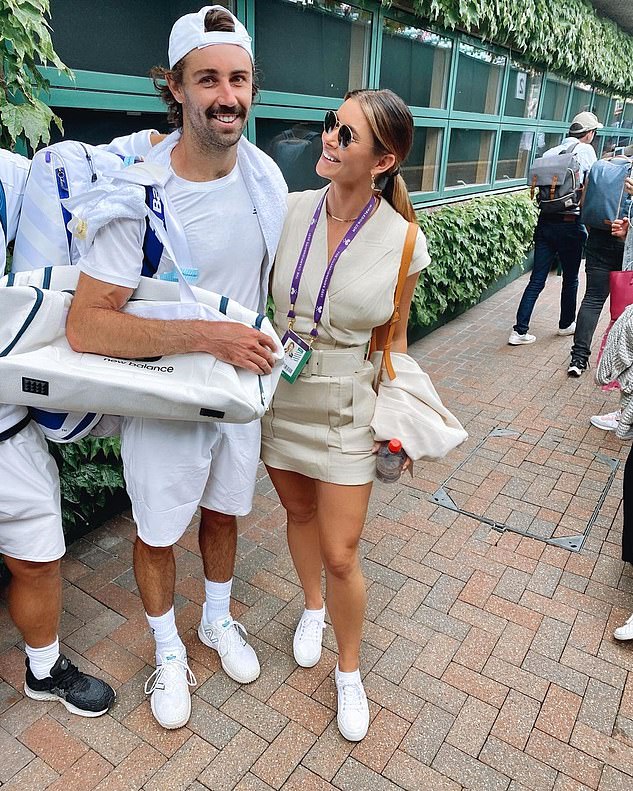 On the road: Brittany flew out of Sydney in June to join Jordan on the tennis tour and help his team with tournament logistics. Pictured together at Wimbledon