Ben Affleck is reflecting on his film roles in a new interview conducted by best friend and Good Will Hunting co-star Matt Damon.

While Matt, 51, showers Ben, 49, with praise in the questions noting the highlights in his 30-year Hollywood career, he also touches upon some of the misfires.

Most notably, Ben admits that the ‘overexposure’ of his romance with Jennifer Lopez – the first time around – was partly to blame for the dismal 2003 box office bomb and critically-mauled Gigli.

In the interview for Entertainment Weekly, the Gone Girl actor calls it a ‘gift’ as it meant meeting Jennifer, 52, with whom he would later become engaged to, and then reunite with years later. 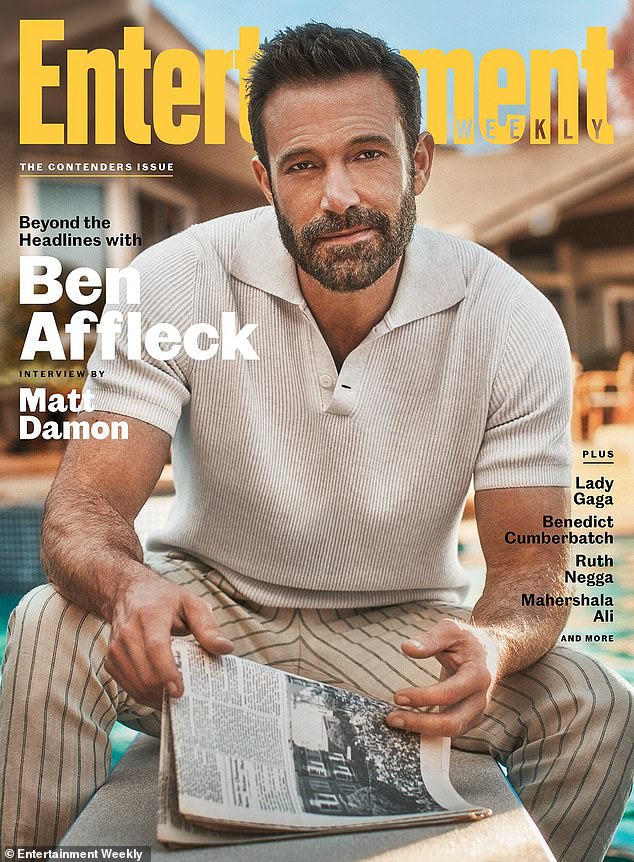 Bright side: Bad Affleck calls his box office bomb Gigli a ‘gift’ as he got to meet Jennifer Lopez… as he’s interviewed by BFF Matt Damon in gushing new interview released Tuesday

‘Let’s touch on Gigli because it’s directed by one of our favorite directors, Marty Brest. Where does it sit with you now?’ Matt asks Ben in the interview feature.

Ben famously first met JLo on the set of the film, which began shooting in 2001, however she was still married to second husband Cris Judd at the time.

But the movie came out after Jen finalized her divorce with Cris, and ‘Bennifer’ was born.

Looking back on it, Ben says, ‘[Gigli] didn’t work and we did five weeks of reshoots, which we knew were not gonna work. It was a movie that didn’t work….’ 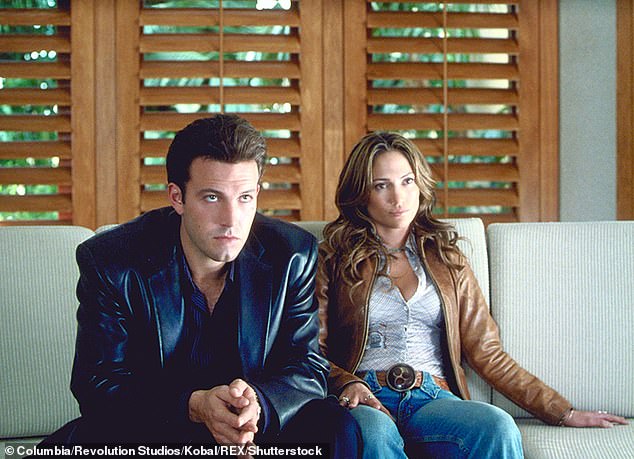 Not their best work: Ben and Jen seen in the 2003 box office bomb and critically-mauled Gigli 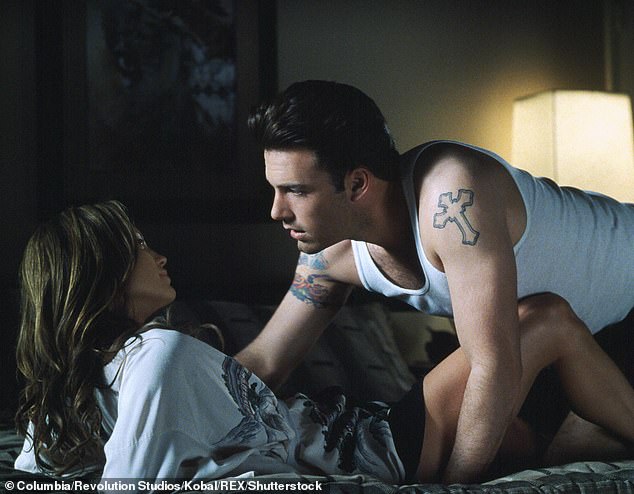 Where the magic happened: Ben famously first met JLo on the set of the film, which began shooting in 2001, however she was still married to second husband Cris Judd at the time

‘It’s just that it became a story in and of itself. The funny name, the Jennifer Lopez romance and overexposure of that, it was kind of a perfect storm,’ he adds.

‘And I remember talking to Marty [Brest] the Friday it came out and I was like it’s just spectacular, it’s a tsunami, it couldn’t be worse. This is as bad as it gets.’

Though, while Ben said the process and the reaction to the movie was ‘depressing’ and made him feel ‘disappointed and have a lot of self-doubt’ there was also a few positive outcomes. 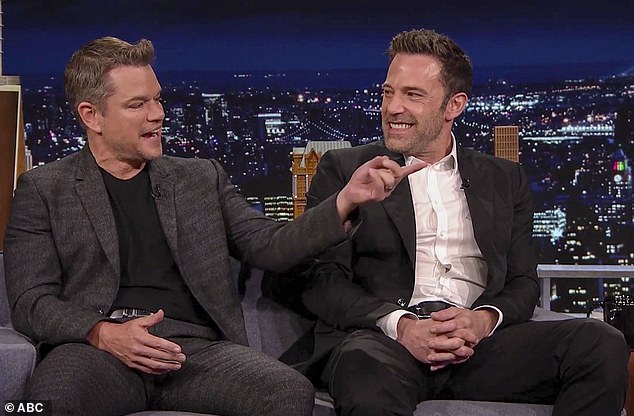 Go easy on me: Ben was reflecting on his film roles in the interview that was conducted by his best friend and Good Will Hunting co-star Matt Damon (seen in October last year)

‘But if the reaction to Gigli hadn’t happened, I probably wouldn’t have ultimately decided, “I don’t really have any other avenue but to direct movies,” which has turned out to be the real love of my professional life. So in those ways, it’s a gift.’

‘And I did get to meet Jennifer, the relationship with whom has been really meaningful to me in my life,’ he mused.

Ben and Jen reunited last year when they were first spotted spending time together again in LA in April and then in Montana the following month.

By June, they were officially back together.

However, it remains to be seen if they will be starring in another movie together anytime soon.