Daniel Craig’s final turn as James Bond in No Time To Die missed out on all but one of its five BAFTA nominations in Sunday’s awards.

The spy movie franchise was honoured during the ceremony at London’s Royal Albert Hall to celebrate its 60th anniversary, with Dame Shirley Bassey, 85, opening the night with a performance of 1971 title track Diamonds Are Forever.

And while Daniel, 54, was absent from this year’s BAFTA Film Awards, his film No Time To Die only triumphed in Best Editing category. 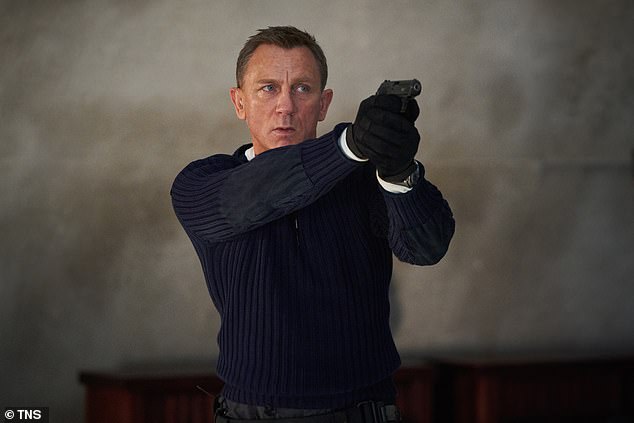 Out of luck: Daniel Craig’s final turn as James Bond in No Time To Die missed out on all but one of its five BAFTA nominations in Sunday’s awards

It was also nominated for Best British Film, which was won by Belfast, Best Cinematography, Best Sound and Special Visual Effects, all won by Dune.

However, Lashana Lynch, 34, who played MI6 agent Nomi in the latest Bond film, was handed the EE Rising Star award on the night.

Presented the gong by Lady Gaga, 35 – who herself missed out on the Best Actress prize for her role as Patrizia Reggiani in House of Gucci – Lashana lauded her ‘supportive’ parents and her ‘working-class foundation’ for teaching her everything, and thanked the women that came before her for ‘laying the foundation’. 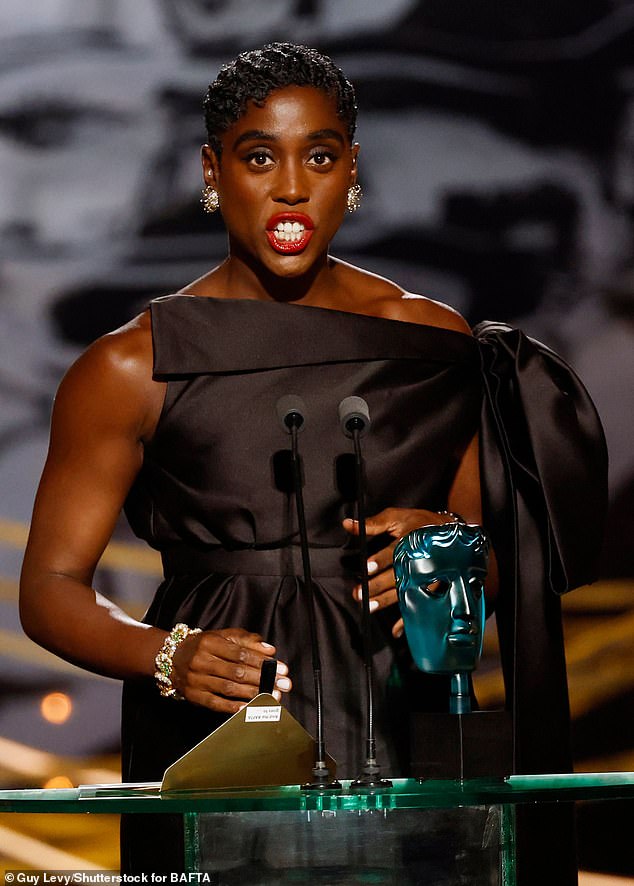 Recognised: The spy franchise was mentioned during the ceremony in honour of its 60th year (Rising Star winner Lashana Lynch, who played Nomi in No Time To Die is pictured on Sunday)

She said: ‘Thank you everyone who voted. I don’t know how people don’t stand up here and not cop their heart out.

‘I have very supportive parents, whose parents came here through the windrush generation. I have them to thank for my existence.

‘I’m grateful for coming from a working-class foundation that has taught me everything I need to know about failure, about “nos” and what “nos” mean and how to celebrate your “yeses”. Now I get to celebrate a yes that never expected.’ 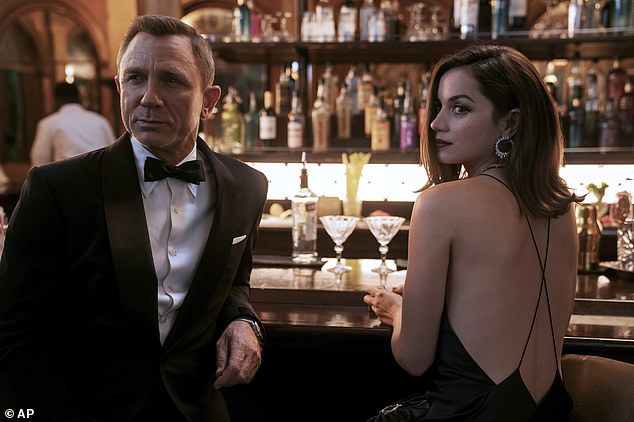 Screen stars: While Daniel, 54, was absent from this year’s BAFTA Film Awards, his film No Time To Die only triumphed in Best Editing category (pictured with Ana de Armas in film)

‘I’d like to thank the women of this country who taught me what it’s like to be in this industry as a dark skinned woman. I thank you for laying the foundation for people like me.’

The politically charged show returned after a two-year delay with host Rebel Wilson giving Vladmir Putin the middle finger, while many of the stars wore black and Ukraine ribbons in a mark of solidarity. 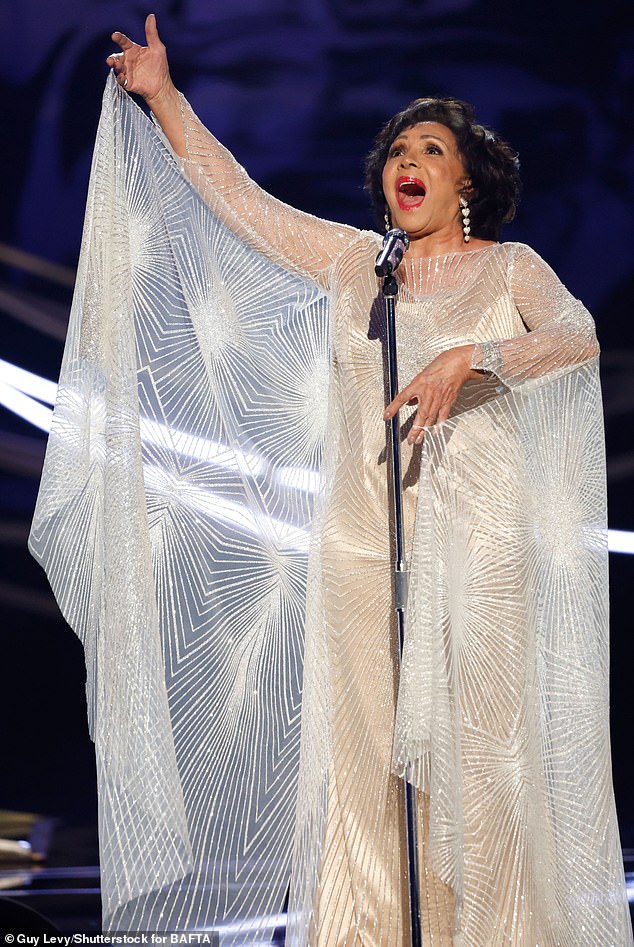 The science fiction movie swept the board as it scooped five out of its eleven nominations for the 75th ceremony which saw diversity triumph, with Lashana Lynch taking home Rising Star, deaf actor Troy Kotsur awarded Supporting Actor and West Side Story’s Ariana Debose accepting the Supporting Actress gong. 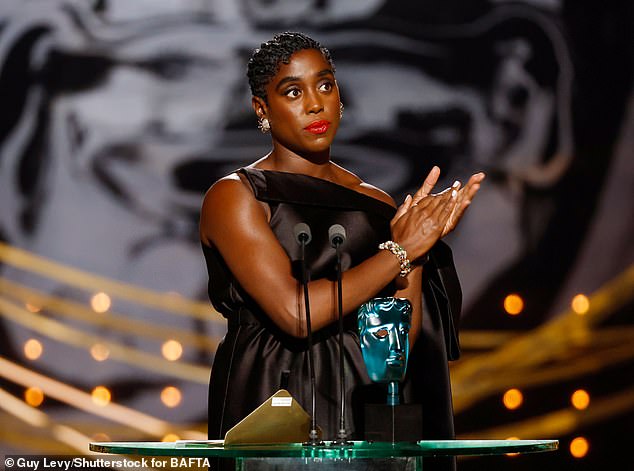 A star! Lashana Lynch, 34, who played MI6 agent Nomi in the latest Bond film, No Time To Die, took to the stage at London’s Royal Albert Hall on Sunday to accept the Rising Star award

The first of a two-part adaptation of the 1965 science fiction novel by Frank Herbert, directed by Denis Villeneuve, was presented the Best Cinematography Award by Naomi Campbell and Ru-Paul.

Hans Zimmer was once again recognised in the Original Score category after battling it out against Being The Ricardos, Don’t Look Up, The French Dispatch and The Power of the Dog.

However, Dune lost out on the Best Film gong to the gritty Western movie The Power of the Dog. Director Jane Campion couldn’t attend the ceremony and so producer Tanya Seghatchian accepted it on her behalf.

Leading Actress Joanna admitted to being overwhelmed by her success when she took to the stage.

She said: ‘Oh come on! Some stories have surprise endings, don’t they?’ 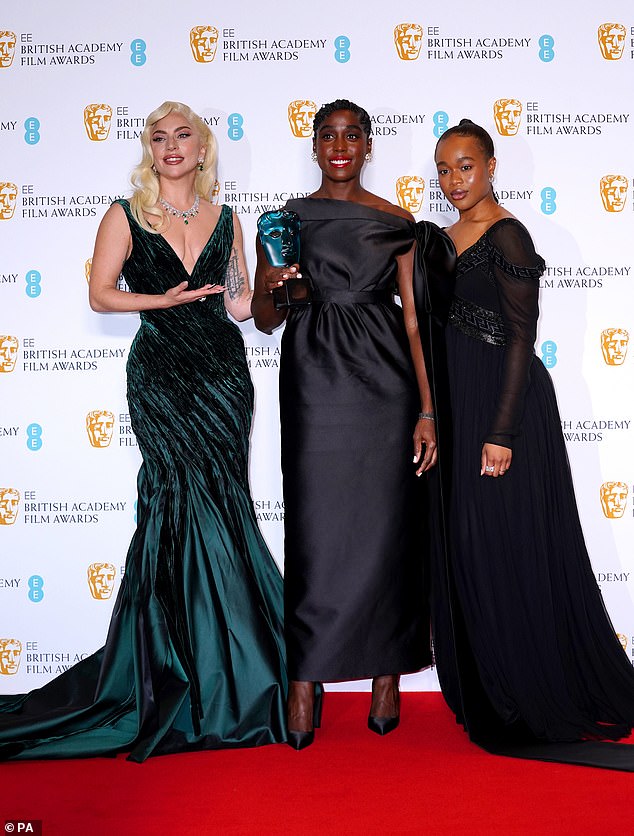 Star-studded: Lashana was presented the award by Bukky Bakray and Lady Gaga

But she explained on stage that the film – which tells the story of a widow who discovers her late husband’s secret family – was made with ‘blood, sweat and tears’.

Earlier in the night, Will Smith won the Leading Actor gong for his role in ‘King Richard’. The Hollywood star played the part of Richard Williams – the dad of tennis stars Venus and Serena Williams – in the hit film.

The success marked the first BAFTA win of Will’s career, but he wasn’t able to attend the ceremony in London.

Ariana DeBose was awarded the gong for Best Supporting Actress in West Side Story. The 31-year-old portrayed Anita in the adaptation of the 1957 musical. West Side Story also scooped Best Casting with Cindy Tolan.

Ariana said her win for best supporting actress in West Side Story is ‘the wildest ride of my life’ but she is ‘thrilled’ to see diversity at the London ceremony.

Speaking backstage after her win, DeBose said: ‘Go in and show them what you have to offer, you are absolutely worthy, that is what this experience has taught me. It has been the wildest ride of my life and getting wilder every day.

‘I will say it has been so overwhelming and exciting, this doesn’t happen every day, but I am excited by the opportunity to work with different people – there is a rumour I am going to be in a Sony Marvel film, I am looking for new art to make.’

Belfast won Outstanding British Film, with director Kenneth Branagh saying: ‘This is a black and white film about The Troubles, it was not an easy pitch but with the great talent in this room please remember if you build it, they will come.’

The Power of the Dog- WINNER

Renata Reinsve, The Worst Person in the World

Benedict Cumberbatch, The Power of the Dog

Congrats: Troy Kotsur got Supporting Actor for his role in Coda

Jesse Plemons, The Power of the Dog

Kodi Smit-McPhee, The Power of the Dog

Jane Campion, The Power of the Dog- WINNER

Outstanding Debut by a British Writer, Director or Producer

The Harder They Fall- WINNER

The Tragedy of Macbeth

The Mitchells vs The Machines

Summer of Soul (Or, When the Revolution Could Not Be Televised) – WINNER

Film Not in the English Language

The Eyes of Tammy Faye- WINNER

No Time To Die- WINNER

Summer of Soul (Or, When the Revolution Could Not Be Televised)

No Time to Die