The Bank of England looks set to raise interest rates again this week despite a stark warning from the Chancellor that war in Ukraine is creating ‘significant economic uncertainty’ in Britain.

Members of the nine-strong Monetary Policy Committee are expected to increase the base rate from 0.5 per cent to 0.75 per cent on Thursday as they step up their battle against inflation.

It would be the third rate rise since December and would push up mortgage costs for millions of borrowers. 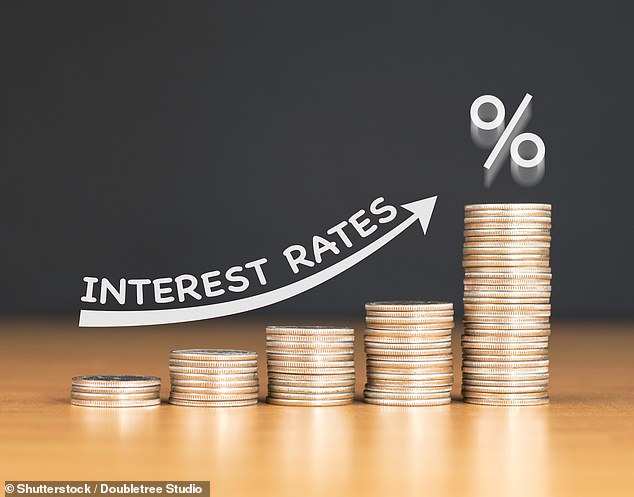 Rise: Members of the nine-strong Monetary Policy Committee are expected to increase the base rate from 0.5 per cent to 0.75 per cent

The Bank has been forced to act in a desperate bid to bring inflation back under control as the price of everything from food to fuel soars.

Inflation is already at a 30-year high of 5.5 per cent and looks set to hit almost 9 per cent next month – more than four times the Bank’s 2 per cent target.

It is feared that raising rates to keep a lid on prices could derail the increasingly fragile economic recovery as war rages in Ukraine.

The invasion by Russian forces and subsequent sanctions by the West have pushed up the price of oil, gas and wheat as well as other raw materials such as nickel – hitting businesses and households hard. The disruption to trade has also dented the global economy, triggering fears of recession.

George Buckley, an economist at Nomura bank, said he expected a rate rise this week and again in May, August, November and February next year – taking the benchmark to 1.75 per cent.