BAZ BAMIGBOYE: Outlander star who had a ball in Belfast

Through the eyes of his nine-year-old self, Kenneth Branagh saw his mother as a ‘warrior queen’, fighting to keep her family safe during the Troubles in Northern Ireland. Which is why he chose Outlander star Caitriona Balfe to portray her in his autobiographical film, Belfast

Through the eyes of his nine-year-old self, Kenneth Branagh saw his mother as a ‘warrior queen’, fighting to keep her family safe during the Troubles in Northern Ireland.

Which is why he chose Outlander star Caitriona Balfe to portray her in his autobiographical film, Belfast.

Branagh described his Ma as ‘very alive’, and spoke of the ‘electrical passion’ between his parents — ‘at least seen through a child’s eyes, and through my 50-year distance’.

He laughed as he recalled seeing ‘plates fly across the kitchen’ when his parents argued.

When Balfe, 42, first read the screenplay for Branagh’s heartfelt, celluloid memoir — a gripping story shot in black and white about growing up in a close-knit community as the streets erupted in sectarian violence in 1969 — she found there was something instantly familiar about Branagh’s Ma.

‘I was like: ‘I know this woman!’ I think there’s a certain thread that runs through all Irish mammies. She is this quietly authoritative person, but on the flip side, there’s a childlike quality to her, where she’s so in fear of losing what she has,’ said Balfe, who last year became a mother herself.

There are a couple of moments in Belfast, which opens next Friday (January 21), which epitomise the idealised way a nine-year-old might choose to see his parents.

Balfe in a short-sleeved blouse, leaning against a wall, looking like a cross between Audrey Hepburn and Julie Christie. Jamie Dornan, as Pa, walking down the street like he’s Steve McQueen or Paul Newman.

‘There was this passion between them that was indisputable,’ Branagh said.

But before he could offer roles to Balfe and Dornan — and Judi Dench and Ciaran Hinds, as his paternal Granny and Pops — he had to find the right young actor to portray the film’s version of him. ‘If we couldn’t find the boy, there was no point in making it.’ 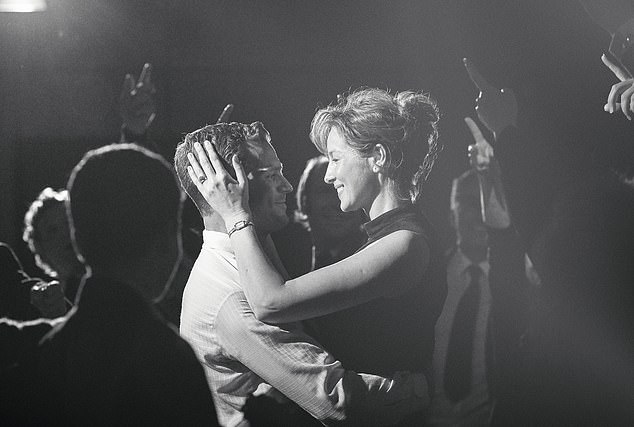 Casting zeroed in on Jude Hill, 11, who lives in the province with his family. And those instincts were correct, because Hill steals every scene he’s in.

Balfe told me she spent as much time as possible with Hill before shooting began, to create chemistry between them.

Then Branagh had her, Dornan, Dench and Hinds in a room for a few days, to talk about their childhoods. Their shared experiences established a bond between them ‘and it very quickly made us all know each other on a very intimate level’, she said.

The actress was born in Dublin; but when she was very young, she and her six siblings moved close to the Irish border, where her father was a police sergeant.

The proximity to Belfast was to prove useful when tackling the accent for the movie. ‘It’s one I grew up listening to. It’s one we used to do as kids, joking around and stuff.’ 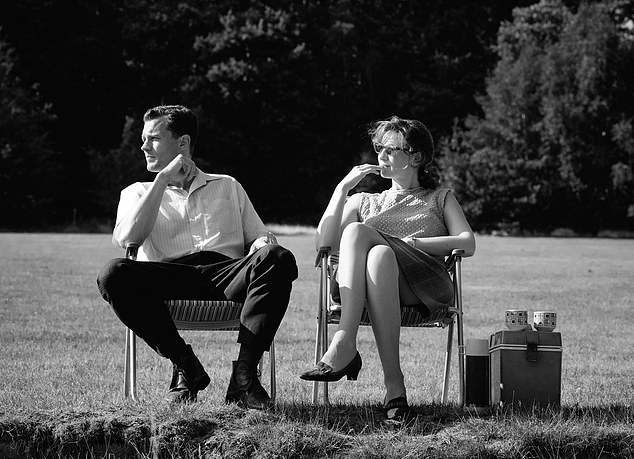 Then Branagh had her, Dornan, Dench and Hinds in a room for a few days, to talk about their childhoods. Their shared experiences established a bond between them ‘and it very quickly made us all know each other on a very intimate level’, she said

She came to acting late — she was in her late 20s when she gave up a career as a runway model to act. Outlander’s now in its sixth season; soon she’ll prepare to shoot a seventh, playing time-travelling heroine Claire Fraser.

Three years ago, she won acclaim for her performance opposite Christian Bale in Ford v Ferrari. But Belfast is her biggest feature film role to date. This week she was nominated as best supporting actress in the Screen Actors Guild awards, an important precursor to the Oscars. The film’s also finding favour with BAFTA voters.

But although Belfast has brought Balfe fame, the highlight has been working with Judi Dench, ‘and it will be, forever’, she insisted.

What she remembers most is the laughter. She and Dench were doing a scene, where they were allowed to improvise, and Judi conjured up various ways to describe a ‘curry that gave her the runs for a week’.

‘There were many tears — from laughing!’ Balfe said of working with the ‘mischievous, wonderful’ Dame.

It’s an emotion seconded by Branagh, who has worked with Dench on more than a dozen stage and screen projects — over three decades.

‘For somebody perhaps seen by the nation as cosy, she is ready to be dangerous,’ Branagh told me. ‘She’s the opposite of the theatrical performers who set things just so. She actually wants to be unpredictable.’

He described her as ‘great fun…but nobody’s fool’. ‘She says she’ll work with me on anything,’ he continued.

‘No she won’t. If something doesn’t excite and scare her, and if she doesn’t think it’s quality, she won’t do it — even if it’s me…or Steven Spielberg! There is proper artistic steel at the core of that woman.’

His first test for getting Belfast off the ground was to show the script to his siblings Bill and Joyce. ‘They were very emotional about it, but they were OK. If they hadn’t liked it, I wouldn’t have made the film.’

He added: ‘I couldn’t have written anything like this if they [his parents] were still alive.’ His mother died in 2004; his father two years later. ‘I think they would have been outraged, and angry. And then they would have given me a lot of notes.’

The first people he screened the film for were his brother and sister. ‘Bill said to Joyce; ‘What do you think mum and dad would have thought about it?’

She replied: ‘Well, they would have been thrilled with the casting.’

Funny thing about movie stars. In my experience, the bigger they are, the easier they are to get along with. It’s the younger, more insecure ones who tend to be problematic. I was reminded of this when I read about Ethan Hawke being commissioned by CNN Films and HBO Max to direct The Last Movie Stars, a six-part documentary about Paul Newman and Joanne Woodward.

Back in 1990, I visited them at their Manhattan apartment, on the Upper East Side overlooking Central Park. I was interviewing Woodward about the film Mr & Mrs Bridge, directed by James Ivory, which starred the pair in the title roles.

Newman came down from their penthouse, escorted me to the lift and rode up with me. Woodward then asked him to make me coffee. ‘Ask Boz [happens all the time!] how he’d like it,’ she chided her old man.

They were so gracious. No hangers-on. Just them.

All about Pedro and Penelope

Penelope Cruz says she likes working with Pedro Almodovar (pictured) because when he’s directing, ‘he doesn’t spend 12 hours on his mobile’. When you work with Almodovar, ‘he’s very present’. 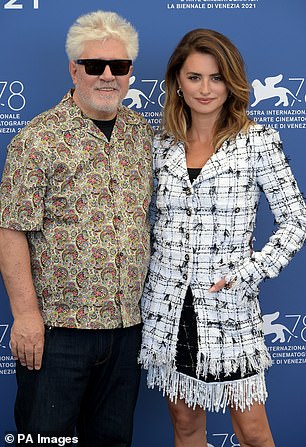 Penelope Cruz says she likes working with Pedro Almodovar (pictured) because when he’s directing, ‘he doesn’t spend 12 hours on his mobile’

Parallel Mothers, opening in cinemas on January 28, is the pair’s seventh film together. Their first fling was nearly 25 years ago in Live Flesh — a part he wrote for her.

I reckon Parallel Mothers is their best film. Cruz read the screenplay, about a photographer who finds that motherhood can involve unexpected complications, and wasn’t certain if she should do it.

‘I realised that I was scared; and then I knew I had to do it,’ she said when I saw her fleetingly at the Venice Film Festival. ‘He calls me when he knows I’m right for something. I couldn’t say no.’

The movie’s breathtaking in its scope. There’s a parallel tale, about those seeking the final resting places of the disappeared: those murdered during the Spanish civil war in the 1930s. Almodovar said it’s a topic that he’s wanted to explore for years.

I’m shocked that she has not been included on the 15-strong BAFTA long list of leading actress hopefuls. Another very odd awards season!

MasterChef: Truth about Poh's love 'triangle' and how she now can't find a date

MasterChef: Truth about Poh's love 'triangle' and how she now can't find a date