Chef Ryan McKeown has caused plenty of drama on the inaugural season of Below Deck Down Under.

And now the controversial foodie is feuding with former Below Deck Mediterranean star Hannah Ferrier.

The drama started after Ryan appeared on the Pop-Off! podcast and threw shade at Chief Stewardess Aesha Scott. 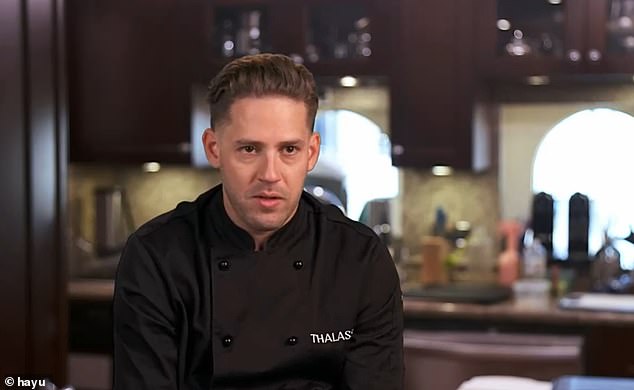 Oh no! Below Deck Down Under’s Chef Ryan McKeown (pictured) has exchanged some fiery words with franchise favourite Hannah Ferrier

‘Right now, her whole life is Bravo,’ he said, referring to Below Deck’s U.S. network.

‘And if she’s okay with it, I’m happy for her. But I live a real life, I work very hard. I live a f**cking good life too,’ he continued, adding that he has ‘zero regrets’ about his behaviour on the series.

When the podcast clip was shared to Instagram, Hannah commented on the post to show support to Aesha.

“‘Her whole life is Bravo.” Yeah, apart from the part where she spends 10 months a year travelling the world, adventure exploring with her hubby to be,’ Hannah wrote. 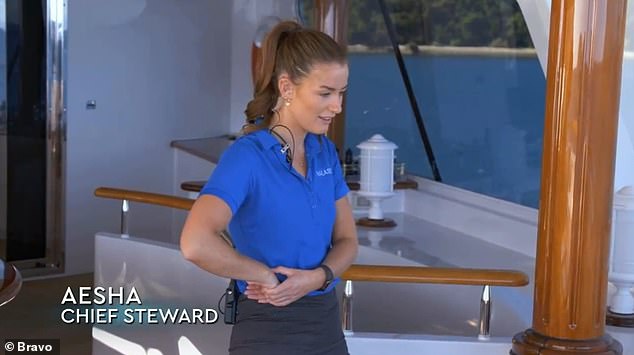 ‘Her whole life is Bravo!’ The drama started after Ryan appeared on the Pop-Off! podcast and threw shade at Chief Stewardess Aesha Scott (pictured)

‘Apart from that, her whole life is Bravo,’ she added, followed by an eye-roll emoji.

Before Aesha was crowned Chief Stewardess on Below Deck Down Under, she appeared alongside Hannah on season four of the Mediterranean spin-off.

After Hannah commented on the post to defend Aesha, Ryan chimed in and took a swipe at Hannah’s controversial exit from Mediterranean.

‘Wait. What did you get fired for again?’ he wrote, followed by a laughing emoji. 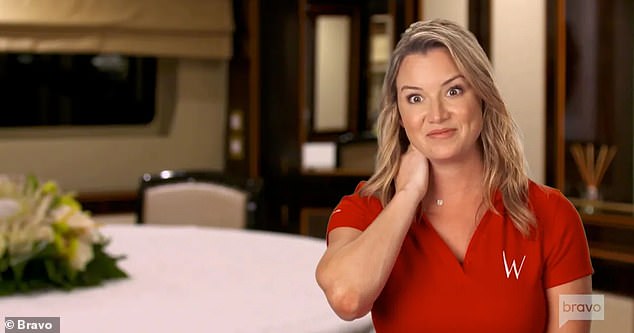 Really? When the podcast clip was shared to Instagram, Hannah (pictured) commented on the post to show support to Aesha 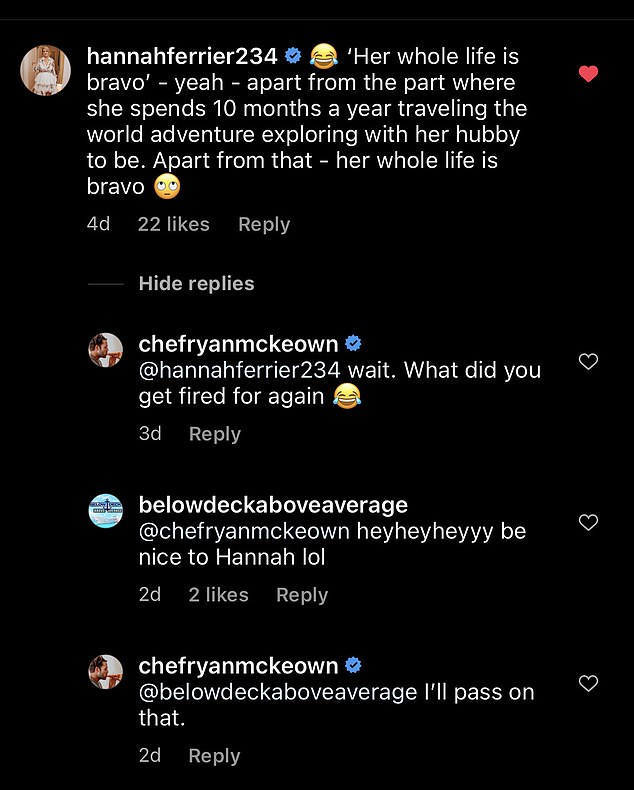 Burn! ‘Yeah, apart from the part where she spends 10 months a year travelling the world, adventure exploring with her hubby to be,’ Hannah wrote

When the owner of the Instagram account told Ryan to ‘be nice to Hannah’, the disgruntled chef responded: ‘I’ll pass on that.’

On Below Deck Mediterranean,  Hannah was fired by Captain Sandy for failing to declare Valium and a CBD pen on the luxury mega-yacht, which is protocol.

‘It was really upsetting at the time, especially after being on the show for so many years and knowing that it wasn’t a hidden fact that I suffered from anxiety and had anti-anxiety medication,’ Hannah told Peninsula Living last year.

‘I didn’t like that it was presented as I had drugs on board, because I don’t like that stigma,’ she continued.

‘Anxiety medication is for a mental illness, so it shouldn’t be painted like, “You’re a drug addict smuggling drugs on board”.’ 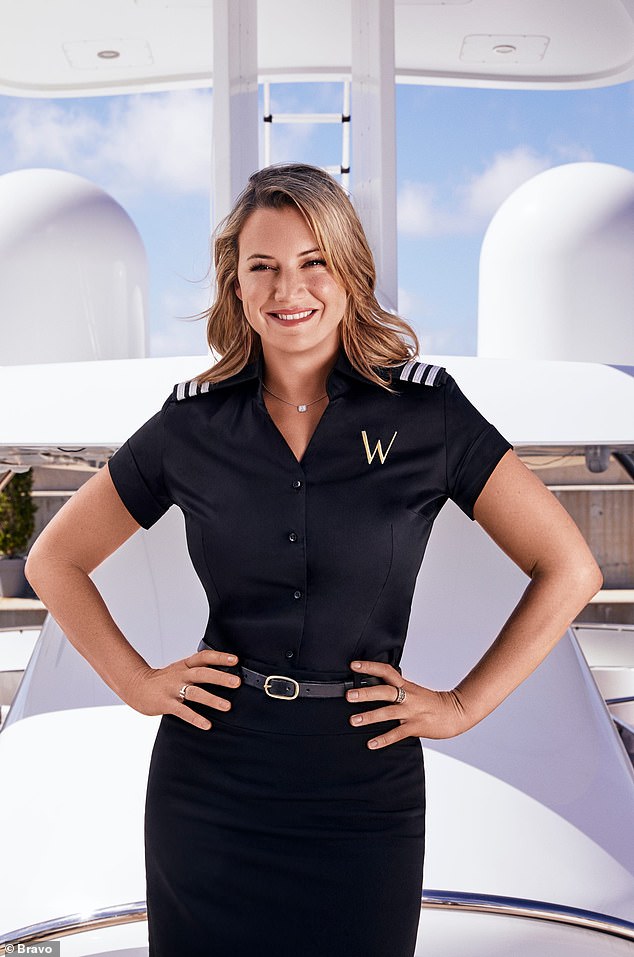 ‘What did you get fired for again?’ Ryan then mocked Hannah’s exit from Mediterranean after she was sacked for not declaring Valium on board

Meanchild, Chef Ryan has emerged as the most controversial character from Below Deck Down Under.

Some fans have dubbed him the ‘worst chef’ in the history of the yachting franchise.

Across the first three episodes alone, Ryan served guests meals like burgers and tacos, and has butted heads with Aesha multiple times. 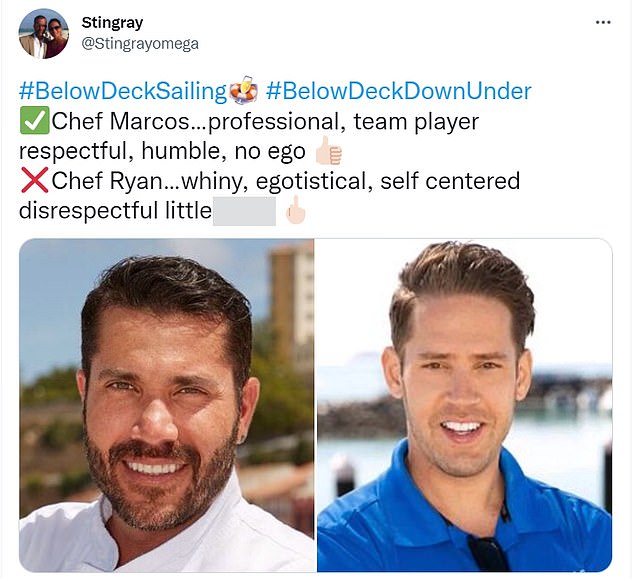 Backlash: Viewers have branded Ryan ‘the most hated chef’ in the history of the show

‘Can someone please tell Chef Ryan that he is there for the guests. They are NOT there for him,’ one furious fan tweeted.

‘What an arrogant A**hole. He’s ruining the season already,’ they added.

Another wrote: ‘Chef Ryan is about to be the most hated man in America for mistreating Aesha, the most beloved chief stew ever.’

One viewer said that Ryan had ‘taken the crown for the most hated chef ever,’ while another tweeted: ‘Chef Ryan is an entitled little pr**k!’ 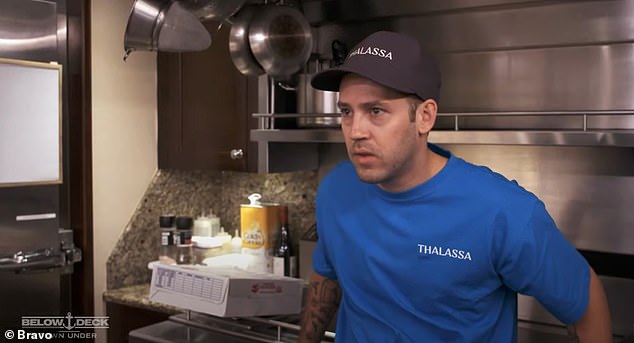 Enraged: ‘What an arrogant A**hole. He’s ruining the season already,’ one fan tweeted