Ben Affleck keeps it casual in a shirt and jeans with his son Samuel, 10, as they make a quick stop at a gas station in Beverly Hills

Ben Affleck appeared to be in high spirits when he was spotted swinging by a gas station in Beverly Hills to pick up a few items.

The Gone Girl actor was accompanied by his ten-year-old son, Samuel, as they ran a couple Sunday errands together.

The 49-year-old star recently returned from an extravagant honeymoon with his new wife Jennifer Lopez, 53. 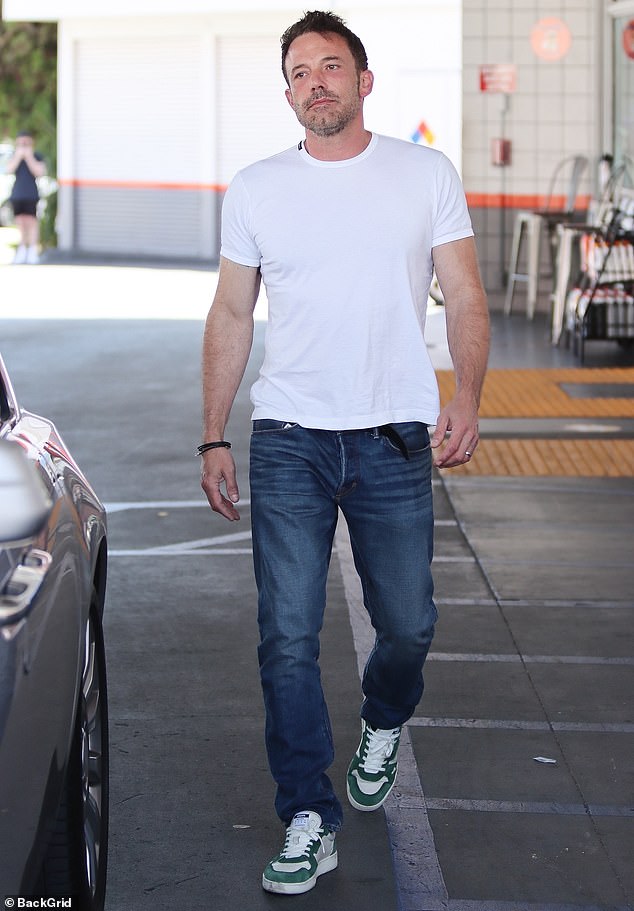 Weekend outing: Ben Affleck, 49, was seen out and about stopping by a gas station in Beverly Hills with his son, Samuel

The Good Will Hunting actor kept his look simple and comfortable for his errand run.

He donned a white, short-sleeved T-shirt to stay cool during the hot, summer day. He added a pair of blue jeans to complete his ensemble.

Ben slipped into a pair of green and white sneakers that were laced securely. As he walked back to his car after purchasing a few items, his wedding band flashed in the daytime light. 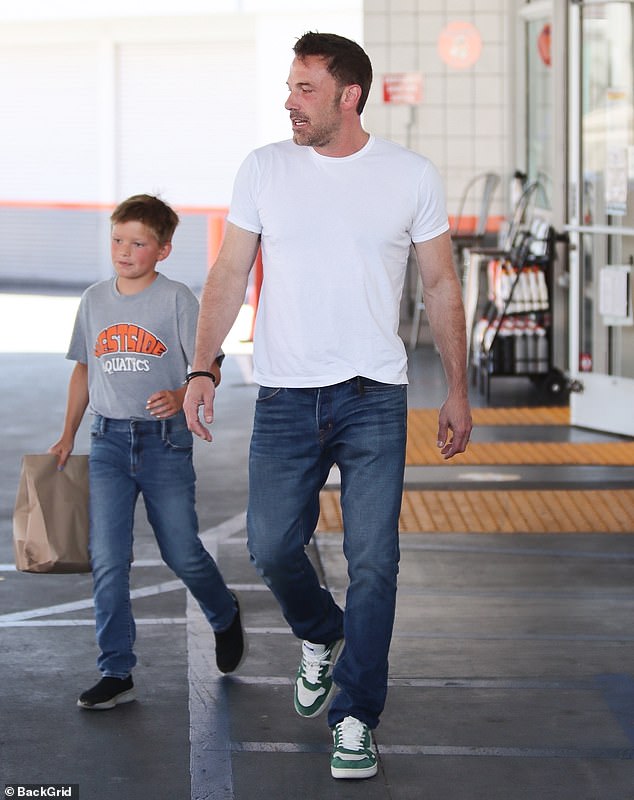 A quick stop: The actor’s son was seen holding a large brown paper bag full of items and snacks they purchased at the gas station

His son followed his father’s style, also wearing jeans and a simple, printed T-shirt during the day.

Although the lovebirds have already sacrificed time apart, a source close to the couple informed Hollywood Life that their relationship is better than ever. 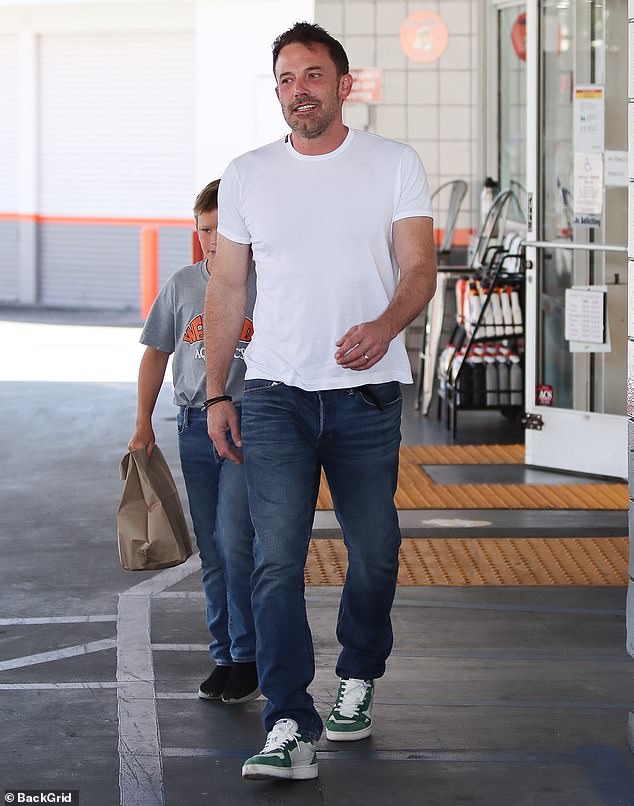 Growing love: A source explained that the newlyweds believe that their time apart has a positive impact on their relationship

‘They actually believe that spending time apart from each other makes them stronger,’ the insider explained.

‘It is perfect because when they are apart, they are making an extreme amount of money. It is a win-win situation.’

‘The one thing that makes their relationship so unique is that they do know more than anyone else the demands that come with doing what they do,’ the source stated to the publication. 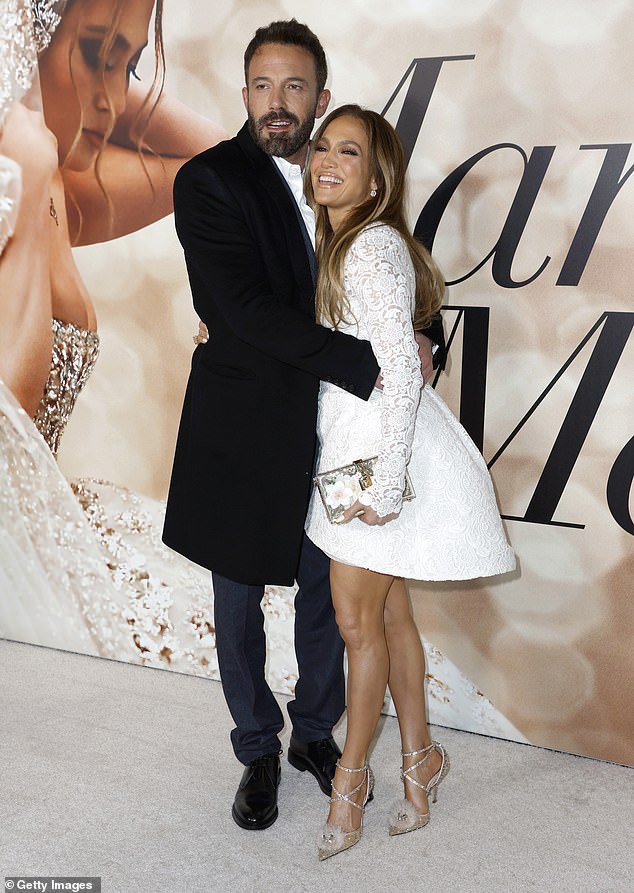 The couple still took time to communicate with each other during their lengthy time apart.

‘They are always talking, texting, FaceTiming, and even camming when they are apart working.’

The insider added, ‘JLo loves the fact that she knows her husband will be there for her no matter what.’

Jennifer stayed behind in Europe to focus on work of her own, and was recently spotted on set for a photo shoot in Capri. 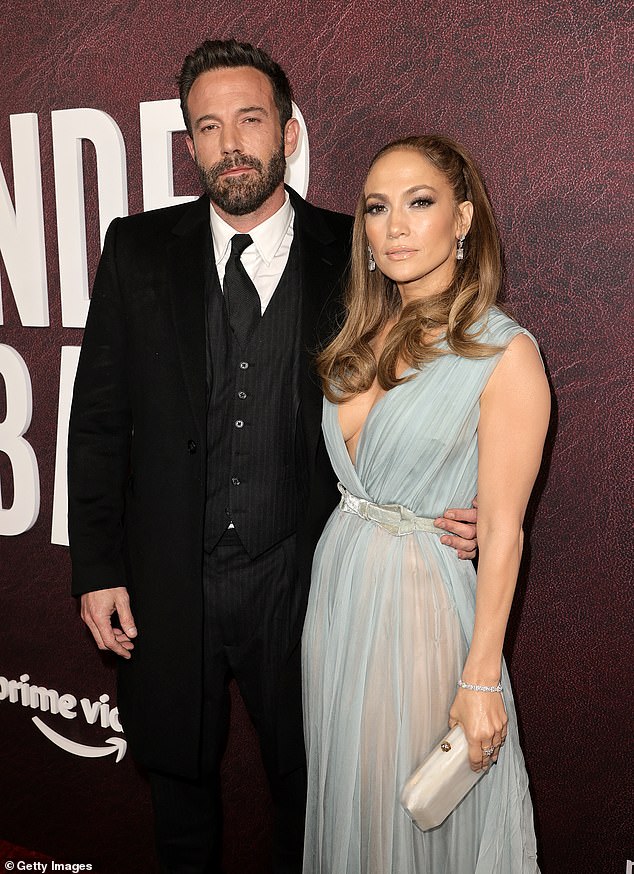 Celebration: Ben and Jennifer made headlines when they whisked themselves to Las Vegas to tie the knot last month in July; seen together in 2021