Ben Foden has credited ‘time’ as being the biggest healer following the breakdown of his marriage with Una Healy after his cheating scandal.

The former couple announced their separation in July 2018 after Una, 40, called off their planned move to the United States and relocated to her native Ireland with their two children after he admitted to cheating on her during their marriage.

Ben, 40, said that ‘time’ has helped to heal his relationship with the former Saturdays singer – who he said he described as being like ‘chalk and cheese’ – as they co-parent their two children, Aoife, nine, and Tadhg, seven. 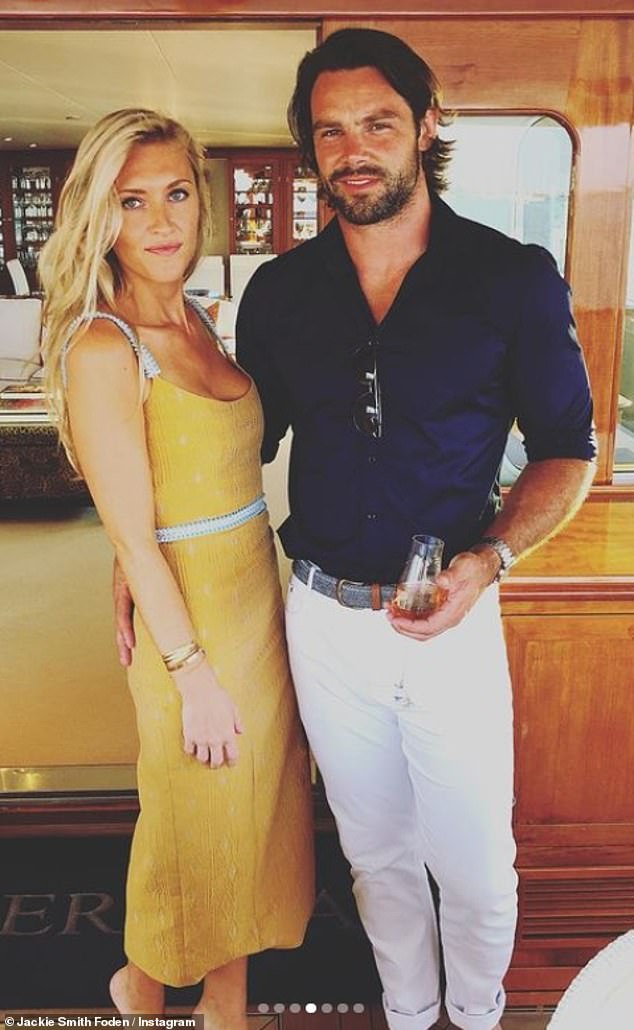 Time’s a healer! Ben Foden has credited ‘time’ as being the biggest healer following the breakdown of his marriage with Una Healy after his cheating scandal (pictured: August 2019)

Speaking to RVSP Live, Ben who is now based in New York with his new wife Jackie, admitted that he was happy for Una.

He told the publication: ‘I knew that time was going to be the biggest healer. Like anything in the world, you need time to reflect and take a breath.

‘Una is a smart woman, she can be disappointed in me but she knows we have two kids together and our main job as human beings on this planet is to raise them and hopefully turn them into beautiful people when they get older.’

The TV personality went on to admit that he put the singer under a lot of stress in the lead up to their marriage breakdown but admits he is happy things are back on track between the pair, saying it was great to see her happy in life once again. 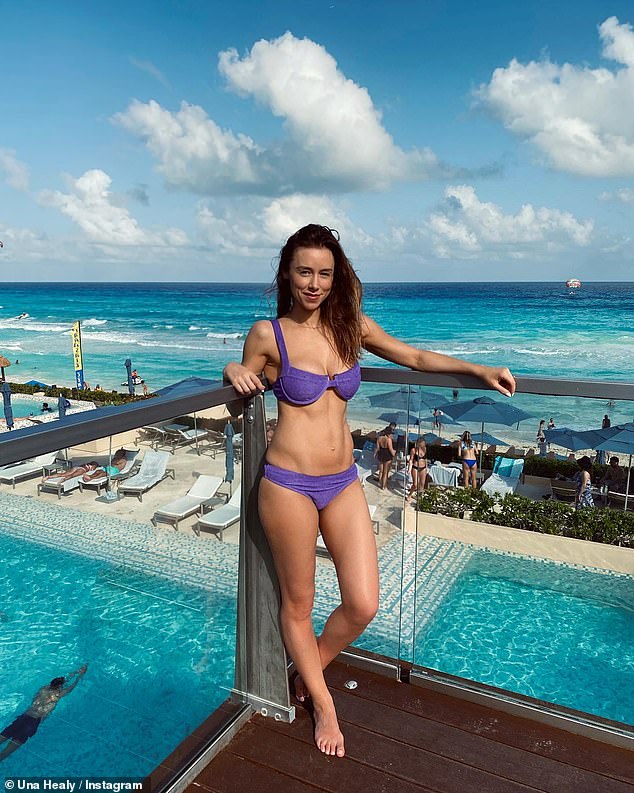 Bye, bye! The former couple announced their separation in July 2018 after Una, 40, called off their planned move to the United States and relocated to her native Ireland with their two children after he admitted to cheating on her during their marriage

Ben went onto marry Jackie Belanoff Smith in 2019, his girlfriend of two weeks, one year after splitting from Una.

The couple, confirmed the news via Instagram, sharing a series of intimate snaps from their wedding, which took place aboard a yacht in Nantucket, Massachusetts.

He said how he couldn’t understand why the news was such a ‘big deal’ and never expected to get so much attention from the media as he and his former wife were divorced.

Remarking on his time with his ex-wife, Ben said that although they had a great relationship, the couple were ‘like chalk and cheese’.

It emerged following the breakdown of their relationship that Ben had cheated on Una and he was accused of being unfaithful with PR girl Becky Milne during a night out with his rugby teammates.

Foden’s tattered reputation suffered a further blow in 2018 after he used dating app Bumble to publicly announce his separation from the former Saturday’s star. 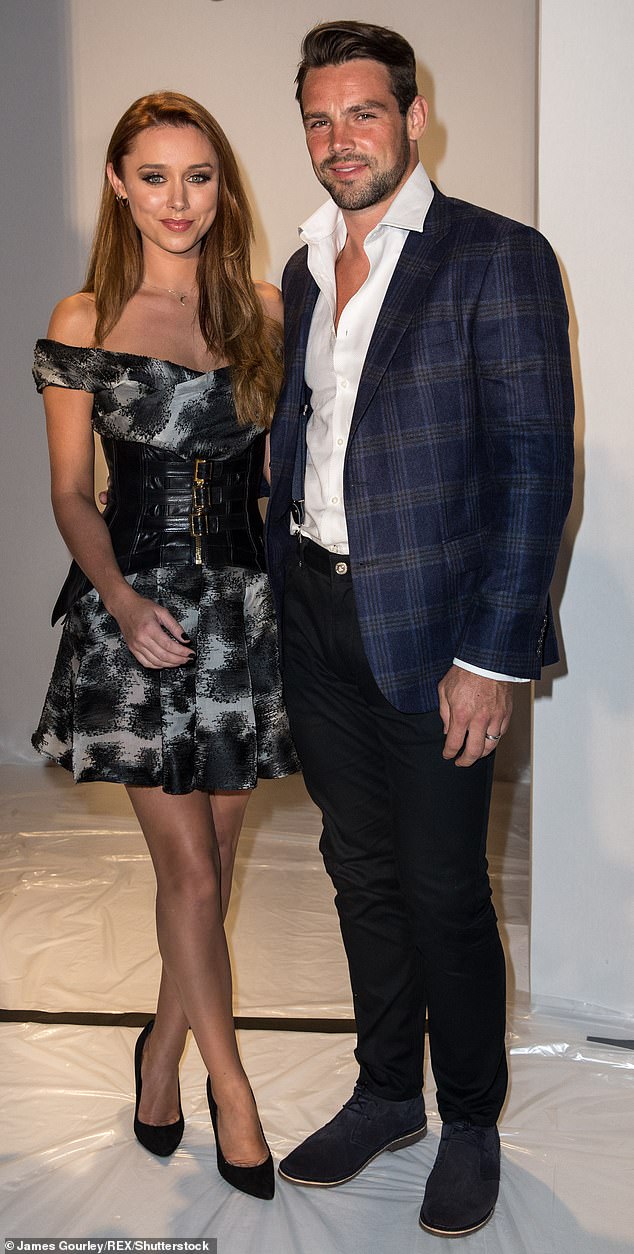 Happier times: The rugby player, 36, and the the former Saturdays singer, 40, split in the summer of 2018 after six years of marriage (Una and Ben pictured in 2016)

Adding a short introductory bio alongside a series of brooding selfies, the rugby player insisted he was looking for someone who ‘wasn’t bossy’ – widely perceived as a dig at his ex-wife.

He later publicly admitted to adultery, and said: ‘I hold my hands up and say, it was wrong. We’re people who respect each other and we’ll always love each other because we have kids.’

Speaking on his whirlwind marriage with Jackie, he admitted that the decision to tie the knot after two weeks of meeting was ‘crazy’, however, he has no regrets as the couple are madly in love with each other and happy in this life together.

It comes after Jackie slammed Dancing On Ice in January claiming that the ‘pointless’ programme is an ‘unfair popularity competition’, adding that the worst skater managed to remain in the process.

The US native revealed she was looking forward to jetting out of England, so that she could ‘get back to the real world’ in her scathing attack.

She had previously encouraged viewers not to vote for the rugby professional, joking she was ‘convinced’ he would cheat on her with S Club 7’s Rachel Stevens.

In her post, she began: ‘What’s the point of saying it’s a skate competition when it’s really just a popularity competition?

‘Why divide the skaters into two weeks, groups of your choosing, and why not judge all their scores together after the two weeks?

‘What’s the point of getting a bunch of people together and then not judging them together afterwards? 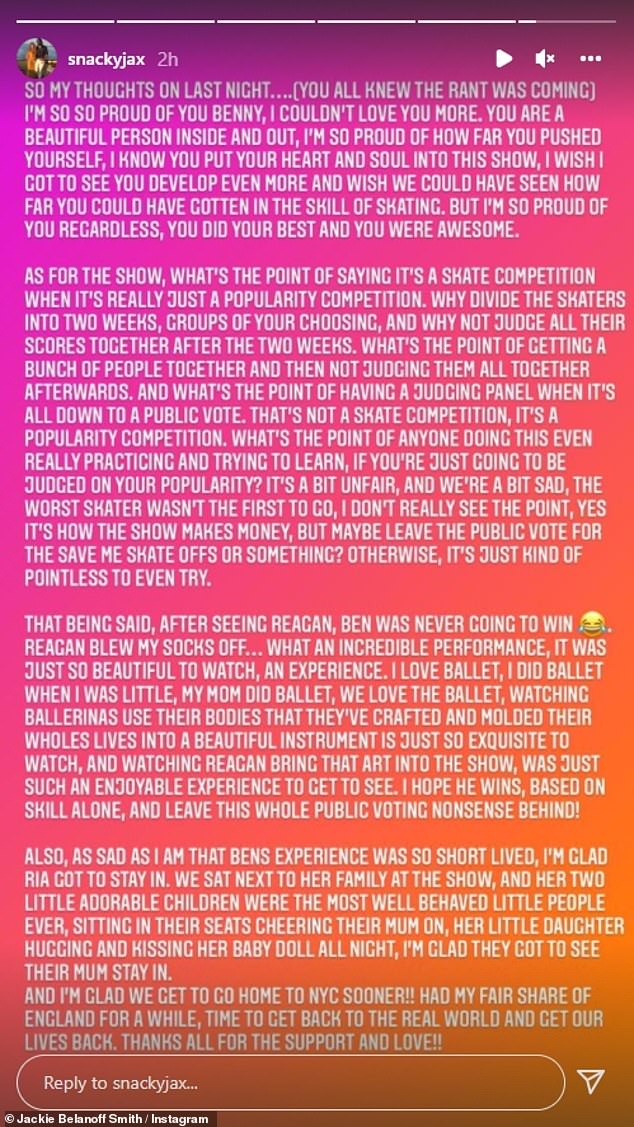 Fuming! In her post, she began: ‘What’s the point of saying it’s a skate competition when it’s really just a popularity competition?’

‘And what’s the point of having a judging panel when it’s all down to a public vote.

‘That’s not a skate competition, it’s a popularity competition. What’s the point of anyone doing this really practicing and trying to learn if you’re just going to be judged on your popularity?

‘It’s a bit unfair, and we’re a bit sad, the worst skater wasn’t the first to go, I don’t really see the point.’

‘Yes, it’s how the show makes money but maybe leave the public vote for the save me skate offs or something? 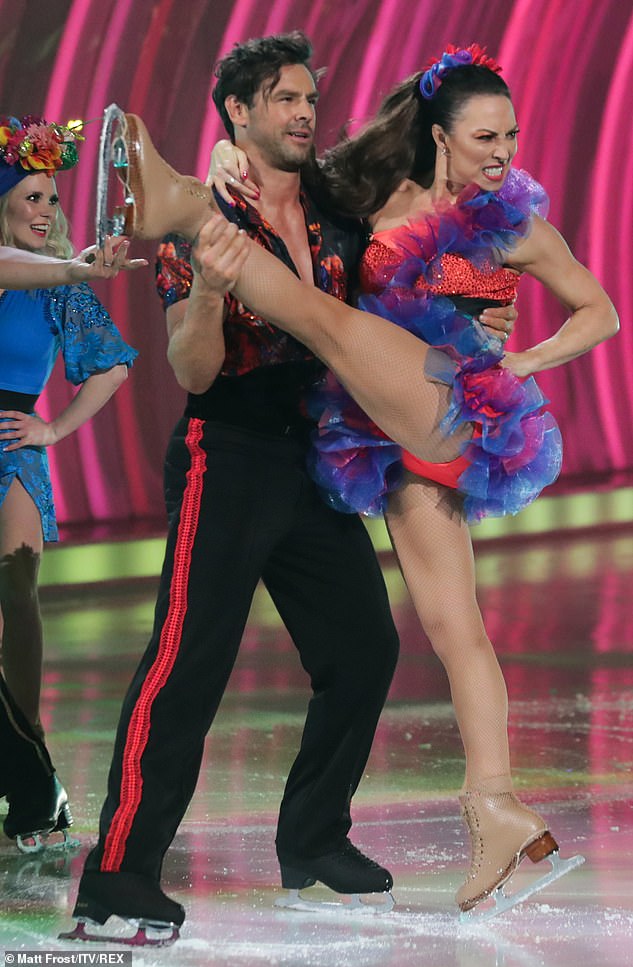 First out! Jackie slammed Dancing On Ice in January and claimed that the ‘pointless’ programme is an ‘unfair popularity competition’, adding that the worst skater managed to remain in the process