Bernie Ecclestone, 91, poses with son Ace, 21 months, behind the wheel of a race car

Formula son: Bernie Ecclestone, 91, is every inch the proud father as he plants baby Ace, 21 months, behind the wheel of a car at Interlagos Circuit

He was dubbed the F1 Supremo after he turned Formula One from a niche racing competition to a global phenomenon.

And Bernie Ecclestone, 91, revealed his son Ace, 21, could be following his footsteps as he posed with the tot in a race car for an adorable snap in Sao Paulo.

The business magnate’s wife Fabiana Flosi, 45, posted the sweet shot on Instagram on Monday as she gushed over the two men in her life. 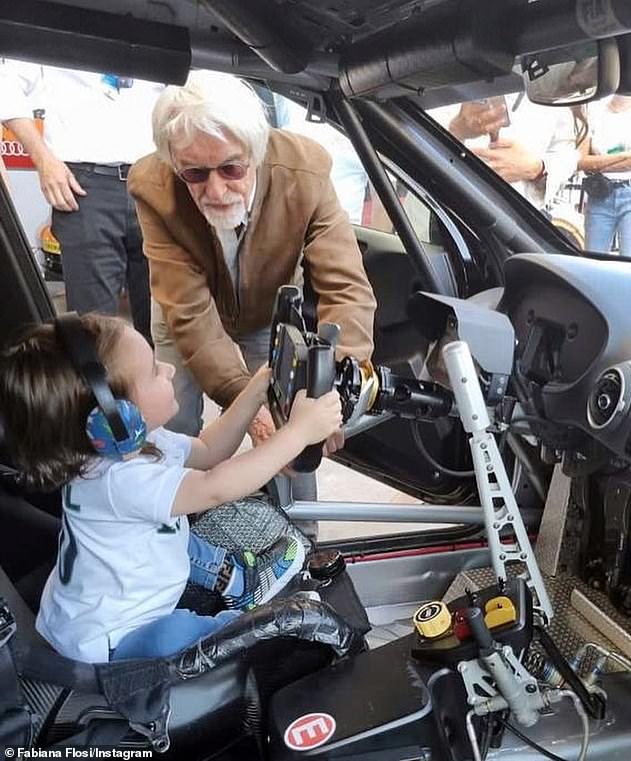 Formula son: Bernie Ecclestone, 91, looked every inch the proud father as he planted baby Ace, 21 months, behind the wheel of a car at Interlagos Circuit in an Instagram post on Monday

The sweet snap showed father-of-four Bernie fussing over his youngest child, who donned ear protectors while gripping onto the wheel.

Racing has turned into a family affair, with Fabiana – Bernie’s third wife – elected last year as a vice-president of the FIA.

Her appointment led to the motor sport organisation’s new president, Mohammed ben Sulayem, insisting that Bernie was not involved behind the scenes. 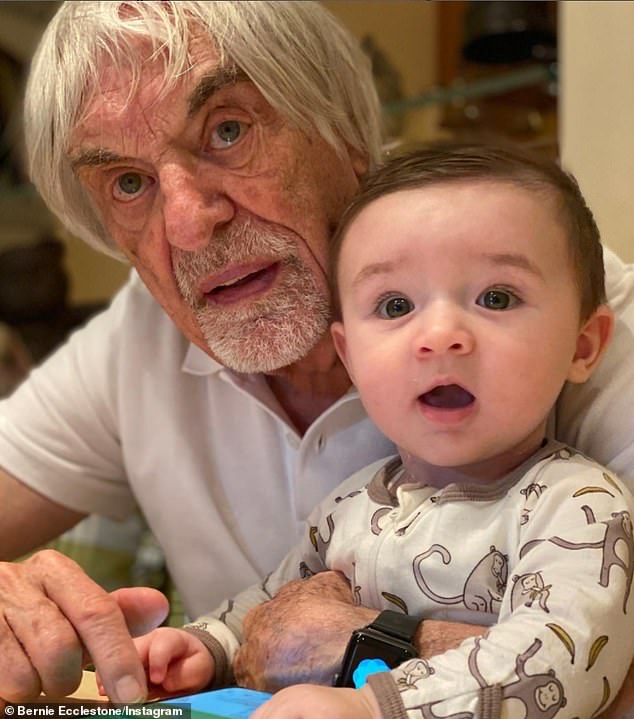 Doting dad: Bernie became a father for the fourth time when he welcomed son Ace in July 2020 with Fabiana, who he married in 2012

Bernie became a father for the fourth time when he welcomed son Ace in July 2020 with Fabiana, who he married in 2012.

The couple met through the World Motor Sport Council, where she regularly attended meetings.

He previously hit back at claims he was too old to become a father after Ace’s birth, saying he wants even more children. 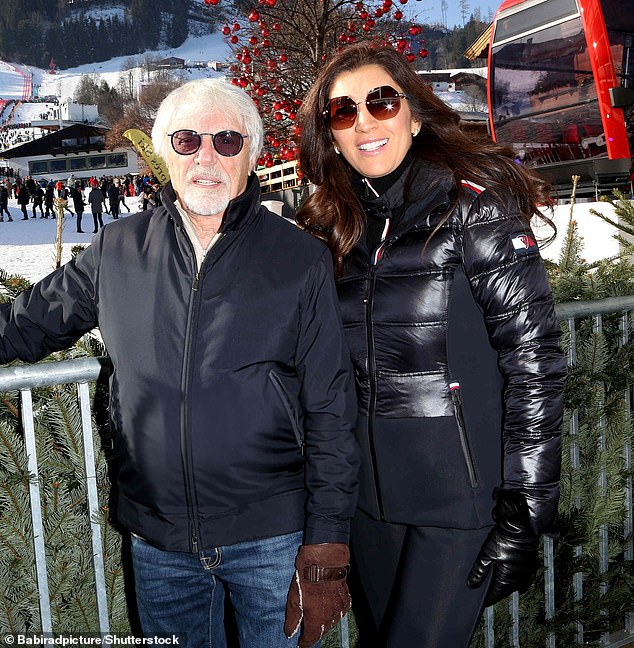 Smitten: Bernie and Fabiana met through the World Motor Sport Council, where she regularly attended meetings

He told The Sun on Sunday: ‘Now I have more time on my hands and I hope I can spend it with my son as he grows up. I don’t know if we will stop here. Perhaps he should have a little brother or sister.

Discussing his first chats with his now-wife about starting a family when they first met eight years ago, he said: ‘Fabiana said she wanted a ­family, and I told her, “That’s no problem for me. Half a dozen kids is great”.’

The billionaire businessman is already a father to daughters Deborah, 66, Tamara, 37, and Petra Ecclestone, 33.

Deborah was born to his first wife Ivy Bamford before he welcomed socialites Tamara and Petra with his second wife Slavica Radić. Close: Bernie is also a proud dad to daughters Tamara and Petra (pictured in 2010) as well as his eldest child Deborah