The 77-year-old hailed the veteran entertainer’s positive outlook as he battled various health issues, and admitted she was glad his suffering is over.

‘I didn’t want him to suffer anymore, so I probably am relieved that he’s in a safe place and resting peacefully,’ Patti said on The Morning Show on Wednesday. 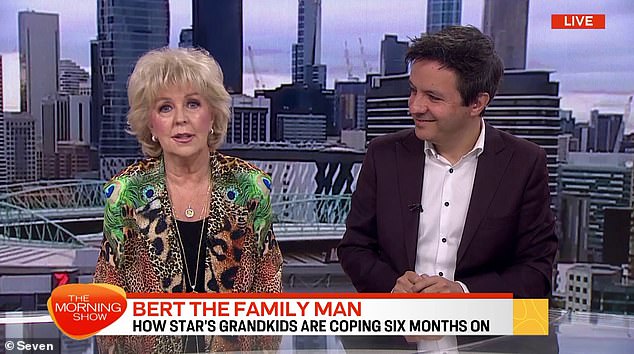 The singer and dancer revealed that one day while in hospital, Bert asked her: ‘I just want to know whether I’ve been a good person and whether you think I’ve done an okay job [through] all of this.’

Patti said she truly believed Bert handled his health battles, which included having his leg amputated, better than most would have.

‘It was a long time never to come home, and he handled it so well. I was so proud of him,’ she told hosts Larry Emdur and Kylie Gillies. 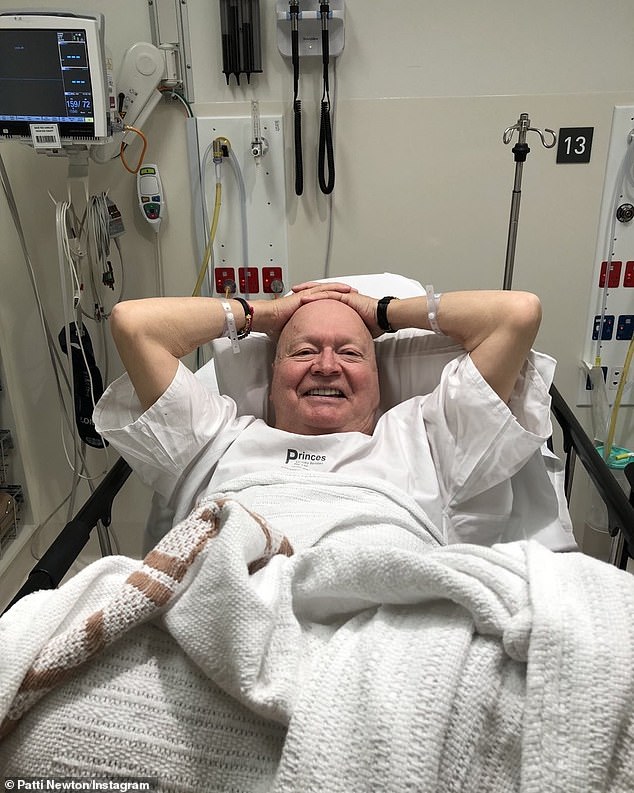 Positive outlook: Patti said she truly believed Bert (pictured) handled his health battles, which included having his leg amputated, better than most would have

‘His biggest excitement, I’d go in every morning and I’d say “How are you?” and he’d say, “Oh, I had the most beautiful shower.”

‘You’ve got to admire that [positivity]. It’s finding the best out of nothing, really.’

Bert died at the age of 83 last October.

It comes after Patti revealed how still is still able to feel her husband’s presence.

She said earlier this week she wears a keepsake necklace which was given to her by Bert in 1971 when she headed to London for work. 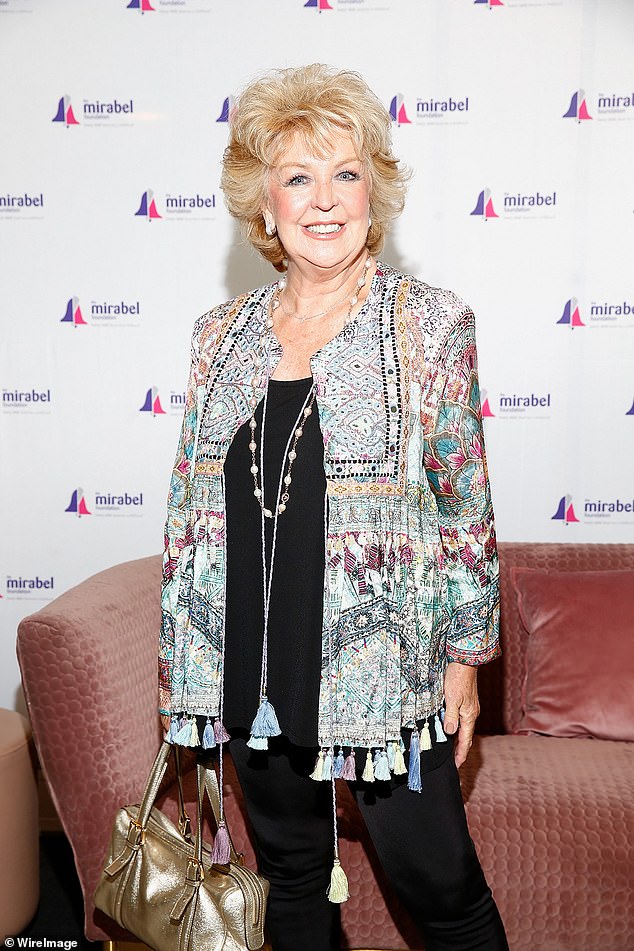 A gift that keeps on giving: It comes after Patti (pictured in February 2019) revealed how still is still able to feel her husband’s presence

‘He gave me this medal and said, “It kept me safe while I was away and I want you to come home safely, so I am giving it to you,”‘ Patti told The Herald Sun.

She was so attached to the jewellery she pinned it to her costume and wore it during every performance.

At the time, she performed in a group called Patti McGrath and the Movers.

While she had originally expected to be gone for three months, her stint in London lasted three years, before Bert followed her over and proposed.

‘A couple of years down the track he saw that I was wearing the medal and said, “I love that on you,” and he took it to the jeweller and had the diamonds put around it and my initials engraved on the back.’

‘It is very special. It means he is always near my heart and I wear it every day,’ she added. 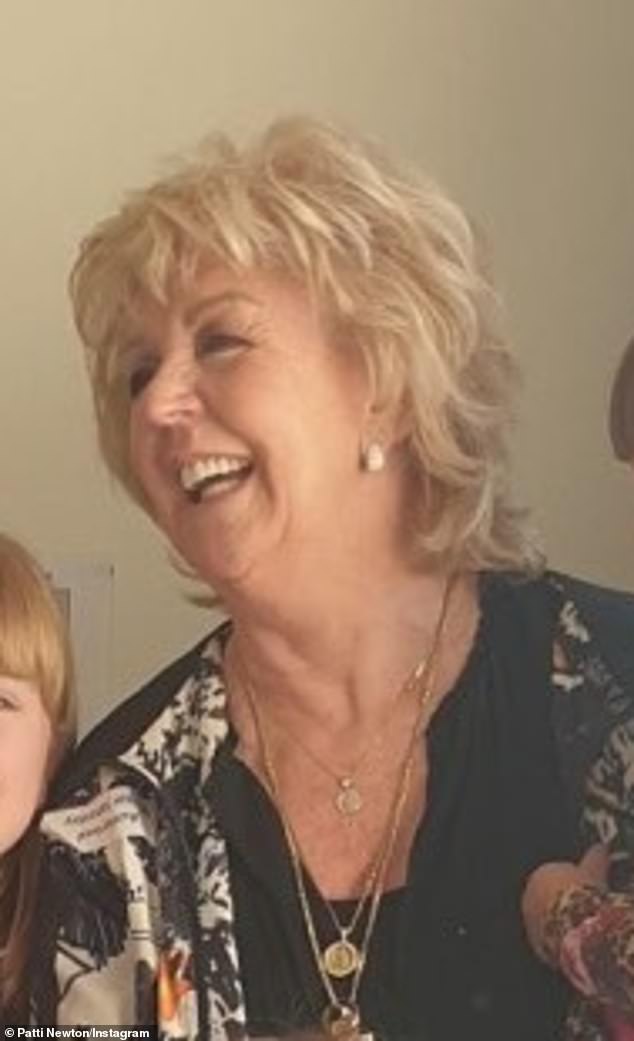 Memento: She said earlier this week she wears a keepsake necklace which was given to her by Bert in 1971 when she headed to London for work

TV legend Bert was given a Victorian state funeral on November 12 at St. Patrick’s Cathedral in Melbourne.

He’d had his leg amputated earlier in the year after a toe infection that led to a range of complications.

The infection was ‘linked to his diabetes’ and was life-threatening, with doctors telling him the amputation was a ‘life or death decision’. 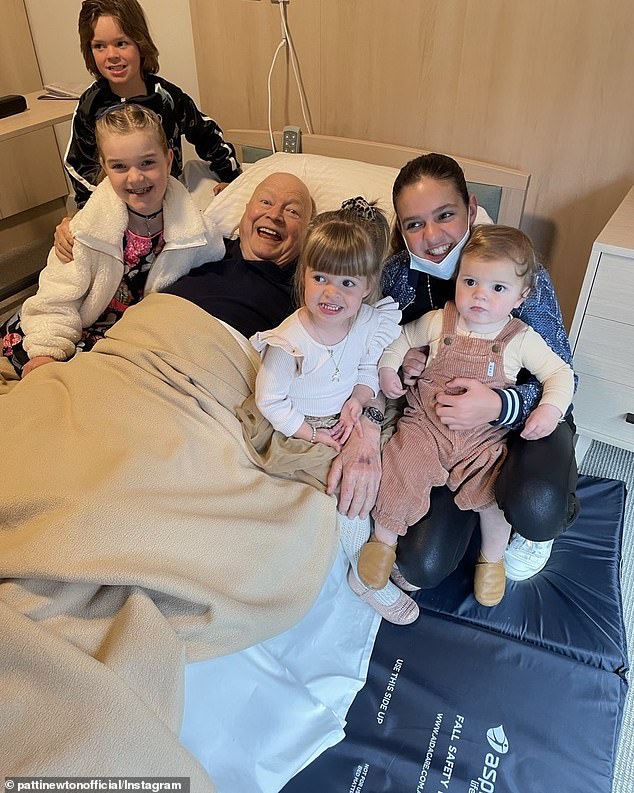 Complications: The entertainment legend died last October at the age of 83. (He is pictured with his grandchildren in a photo posted to Patti’s Instagram on October 24)

His health first became a concern in 2012 when he underwent a quadruple bypass.

It comes after Bert’s daughter Lauren Newton revealed how the family was coping following his death.

In a joint interview with her mother Patti for Woman’s Day, Lauren, 42, said she was focusing on moving forward for the sake of her six children. 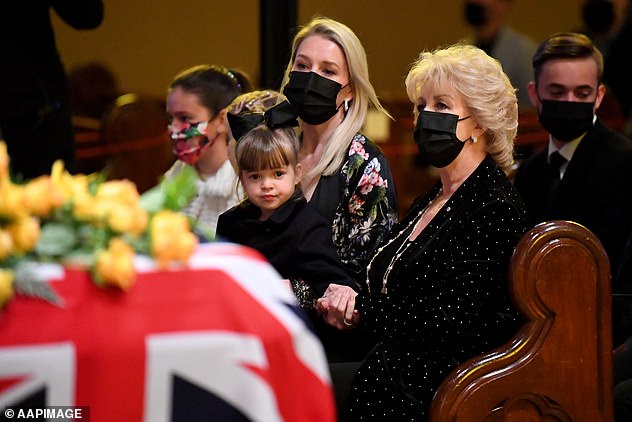 Farewell: The TV legend was given a Victorian state funeral on November 12 at St. Patrick’s Cathedral in Melbourne

‘We’re falling apart, but we’re doing the best we can. You have to keep going with little kids around, so it’s a good distraction,’ she said.

Patti who was married to Bert for nearly 47 years, told Woman’s Day they had a ‘wonderful relationship’, describing the veteran entertainer as ‘humble’.

‘Everyone has ups and downs. I hate it when people say they never had a cross word – you can’t go through life being holier than thou,’ she said.

‘But with Bert, I feel we understood one another, we had great respect for each other. And unlike a lot of other husbands in showbusiness, he included me in everything.’ 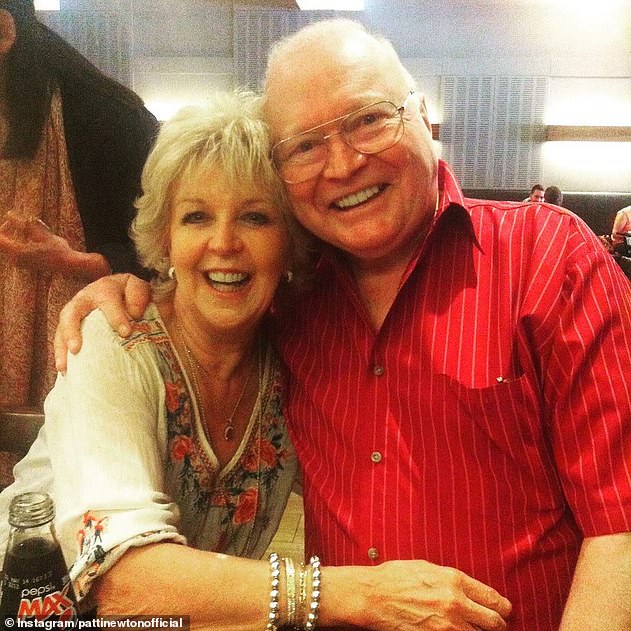 Soulmates: Patti who was married to Bert for nearly 47 years, told Woman’s Day they had a ‘wonderful relationship’, describing the veteran entertainer as ‘humble’