Britain’s Got Talent certainly came back with a bang on Monday night, as the semi-finals kicked off live from Hammersmith Apollo.

The first live show of the week saw opera singer Maxwell Thorpe win the public vote, as he heads to the next stage alongside runner-up ventriloquist Jamie Leahey, 13.

Jamie was in the top two acts alongside magician Junwoo, as judges Amanda Holden, Simon Cowell, Alesha Dixon and David Walliams were tasked with the decision of who to send through – ultimately reaching a deadlock and sending it back to the public vote. 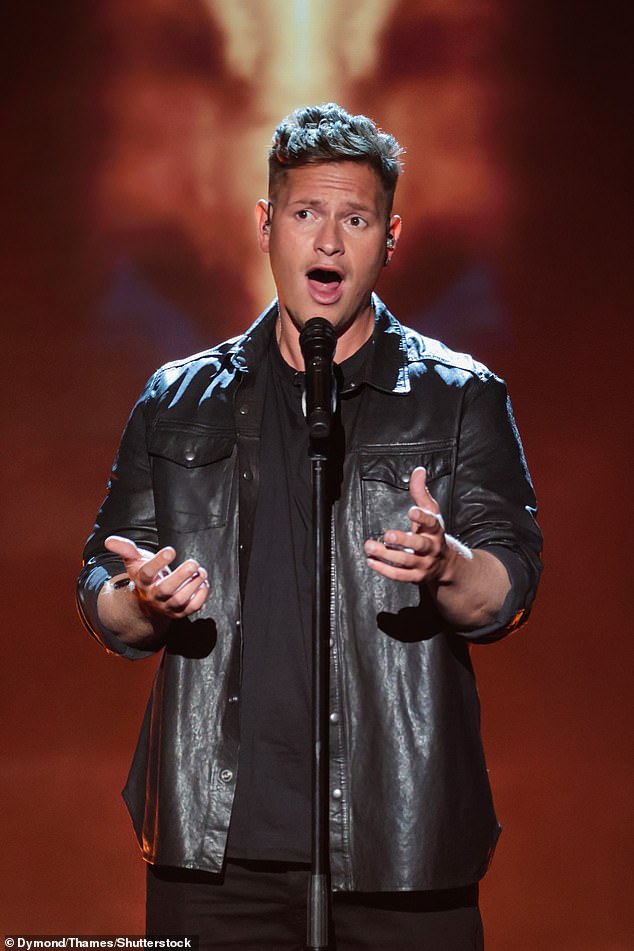 He’s done it! Britain’s Got Talent semi-finals kicked off on Monday evening as opera singer Maxwell Thorpe took the public vote win for the evening

Opera sensation Maxwell was the last of the semi-finalists to perform, but certainly made his impression on the public after going from busking in the street to storming the Hammersmith stage.

And his performance had the judges lost for words too, as David exclaimed: ‘it was wrong you didn’t get the golden buzzer’ while Alesha noted: ‘I was completely under your spell’

Simon even called on legendary composer Andrew Lloyd Webber, saying: ‘You should watch this performance and watch Maxwell and cast him in something’. 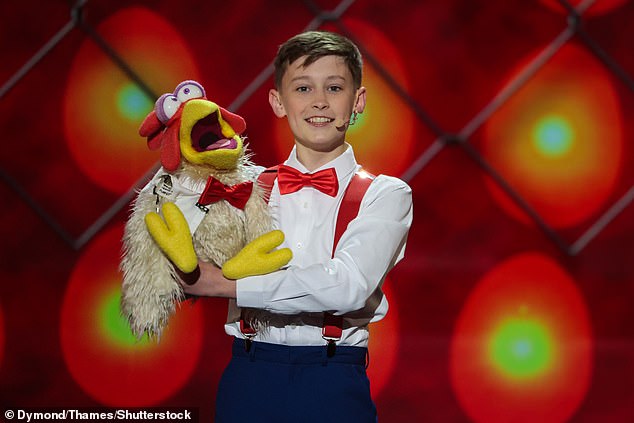 Through: Ventriloquist Jamie Leahey also made it through, as it was revealed that he had the second most amount of public votes 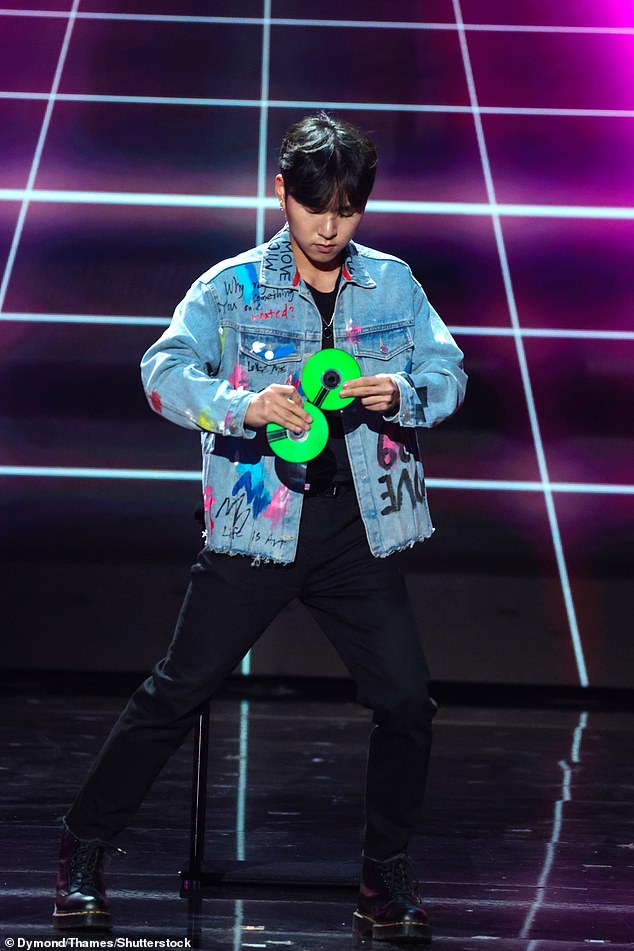 So close: Magician Junwoo just missed out on his place, as he appeared in the top two alongside Jamie – with the judges unable to decide between the two acts

Ventriloquist Jamie Leahey and his puppet Chuck lifted the mood up as he impressed the judges with a one-man double act, while magician Junwoo wowed with an array of captivating card tricks.

The decision between the two acts proved too difficult for the judges, with David and Amanda both voting Jamie, while Simon and Alesha went for Junwoo.

Sending the decision to deadlock, Ant and Dec were left to reveal that Jamie received the second highest amount of public votes, sending him through with Maxwell. 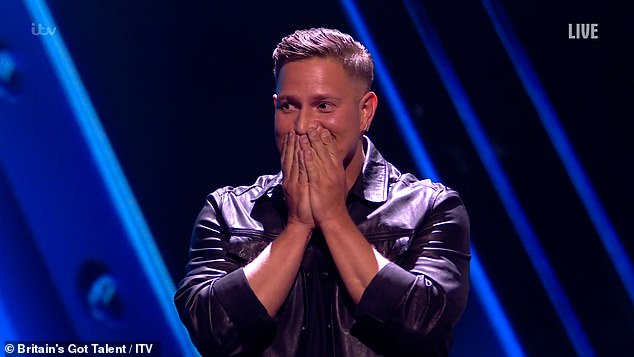 Unexpected: Maxwell was shocked with the outcome, as the singer covered his mouth in disbelief 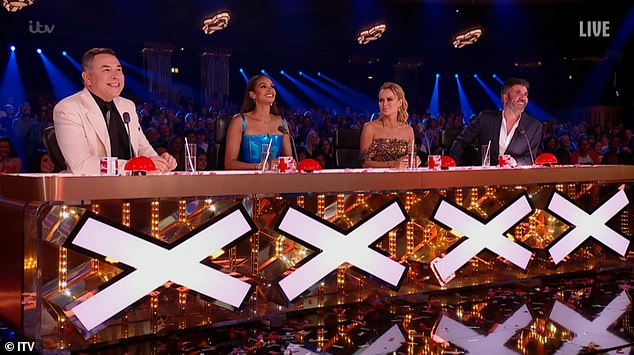 Beautiful: Amanda turned up the heat in a gorgeous gown emblazoned with sequins, while Alesha looked gorgeous in the stylish ice blue mini dress

Simon and David looked dapper as they dressed in suits for the occasion, with David opting for a cream tailored ensemble while Simon kept it classic 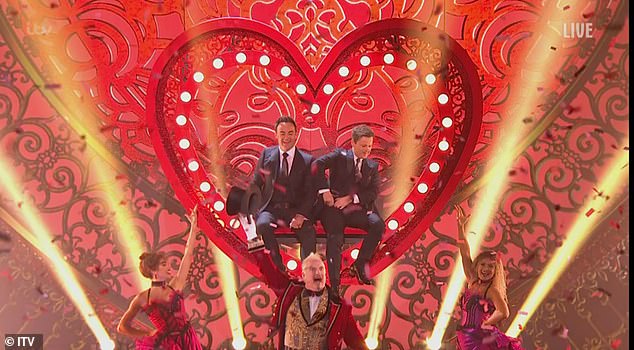 They’ve arrived: Ant and Dec made their own regal appearance as they appeared in a seated heart from the studio ceiling

Earlier in the evening, they kicked off the first of a week of live shows with a spectacular opening performance from the cast of Moulin Rouge – as they introduced judges Simon, Alesha, Amanda, and David.

Alesha looked gorgeous in the stylish ice blue ensemble complete with a cleavage enhancing boned bustier, while Amanda also turned up the heat in a gorgeous gown emblazoned with thousands of sequins.

Simon and David looked dapper as they dressed in suits for the occasion, with David opting for a cream tailored ensemble while Simon kept it classic.

Ant and Dec made their own regal appearance as they appeared in a seated heart from the studio ceiling, with Ant having a little trouble making it onto the stage as he got stuck in his chair. 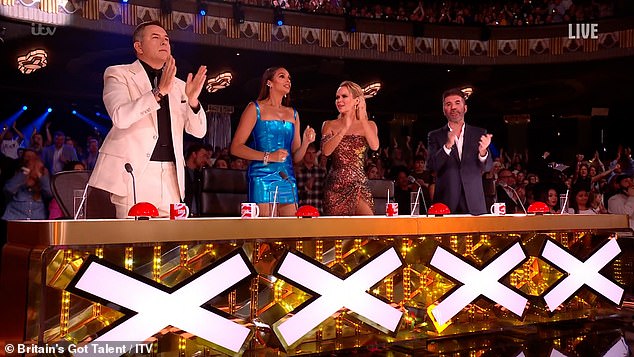 Mixed feelings: The judges sent the vote back to the public, after they couldn’t decide between Junwoo and Jamie 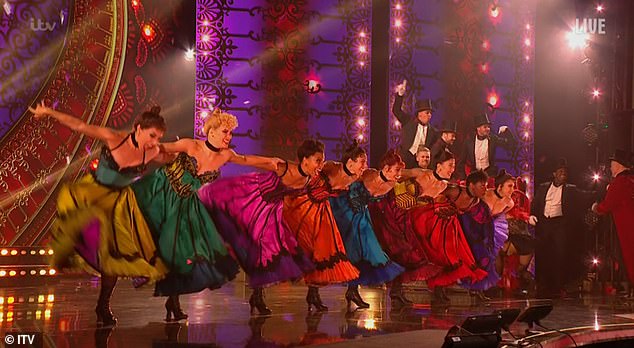 Opening the show: They kicked off the first of a week of live shows with a spectacular opening performance from the cast of Moulin Rouge 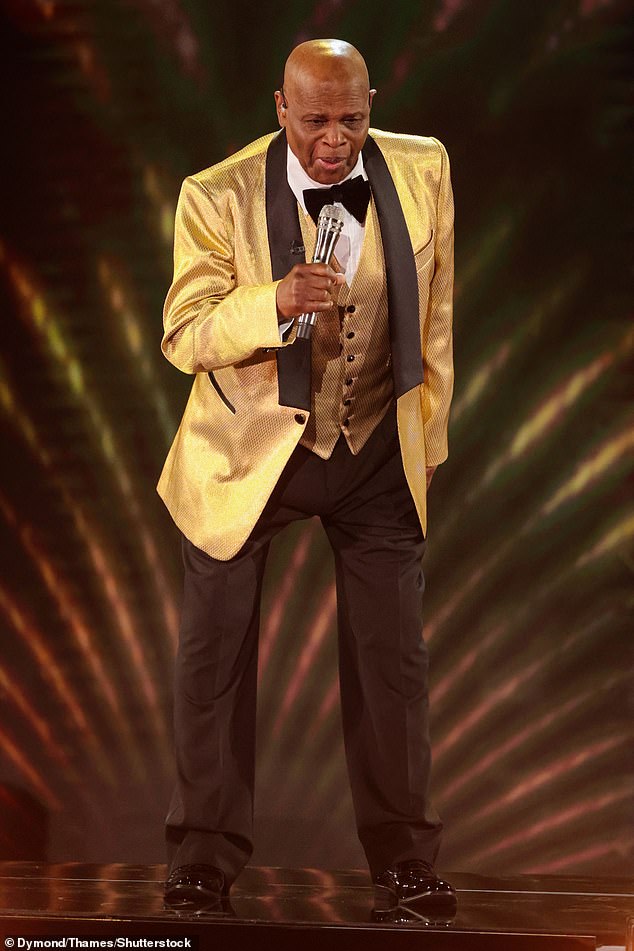 First up: 77-year-old Mel Day amped up the ante with his rendition of Soul Man as he was the first to perform of the eight semi-finalists 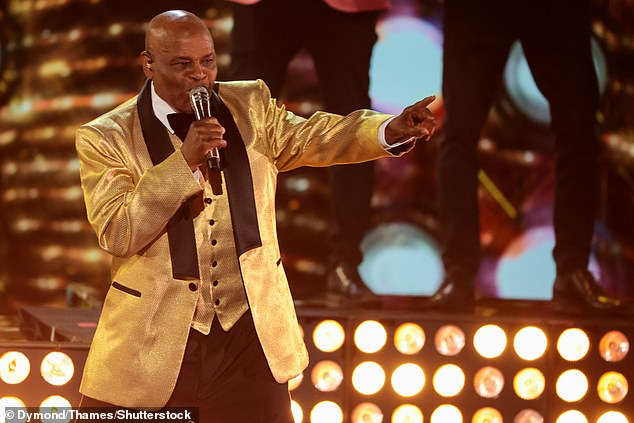 Opening right: The soul singer was dubbed as ‘the best show opener ever’ by Alesha

Once everyone had made it safely to their positions, the semi finals kicked off with a performance from 77-year-old Mel Day, who amped up the ante with his rendition of Soul Man.

After being dubbed as ‘the best show opener ever’ by Alesha, the act was followed on by David’s golden buzzer act Born To Perform.

And the judge was ferociously standing by his act, vowing: ‘If you’re not in the final this weekend then i’m leaving the show’. 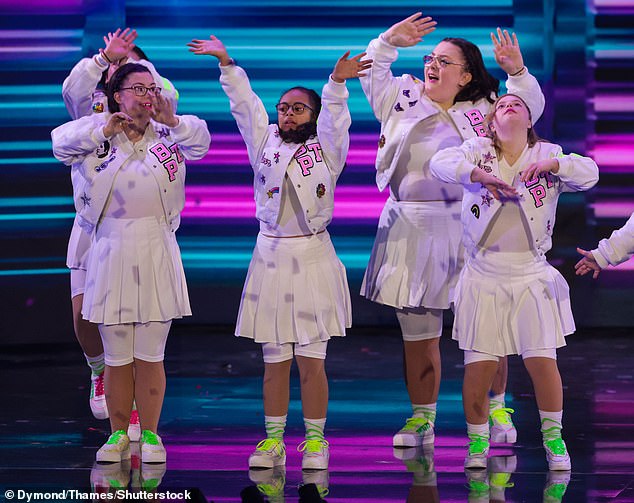 Golden buzzer: David’s golden buzzer act Born To Perform were up next, clad in all-white ensembles for their show-stopping performance 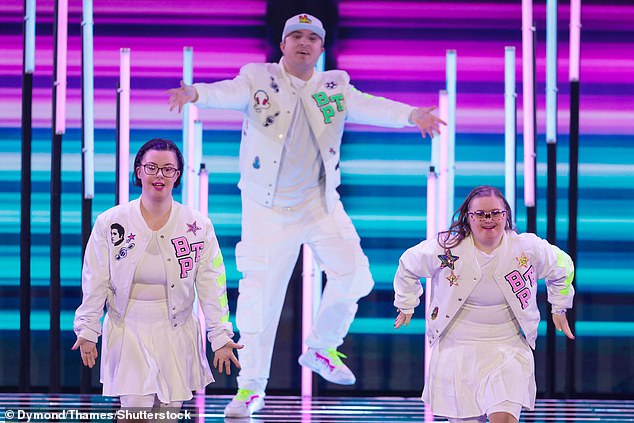 Standing by them: David was seemingly impressed by their performance, vowing: ‘If you’re not in the final this weekend then i’m leaving the show’

Impressionist: Suzi Wild was next up, giving the judges a laugh with her range of impressions, as she laid out the performance in the form of an awards show 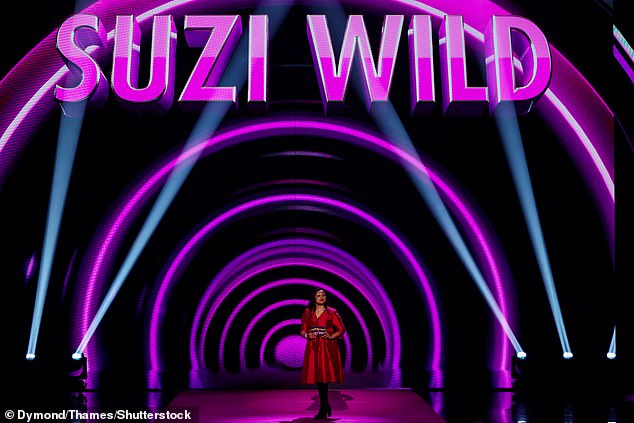 Suzi Wild was next up, giving the judges a laugh with her range of impressions, which included Lorraine Kelly, Stacey Solomon and Alan Carr.

Visible impressed, Simon noted how difficult the evening would be to determine, telling Ant and Dec: ‘‘We might need two finals this year, i’m serious’.

London Community Gospel Choir were next, putting on a sensational performance for the four judges, with Simon said he felt like he was ‘at a West End show’ during the performance.

But it wasn’t all smiles, as Amanda and Alesha were sent running for the hills (or the audience in this case), during a performance from The Witches. 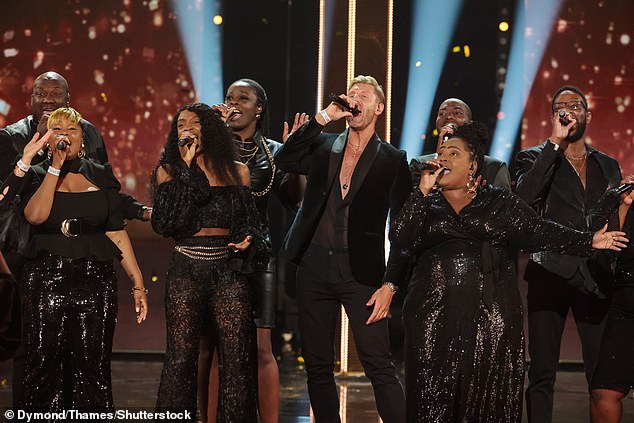 Choir time: London Community Gospel Choir were next, putting on a sensational performance for the four judges 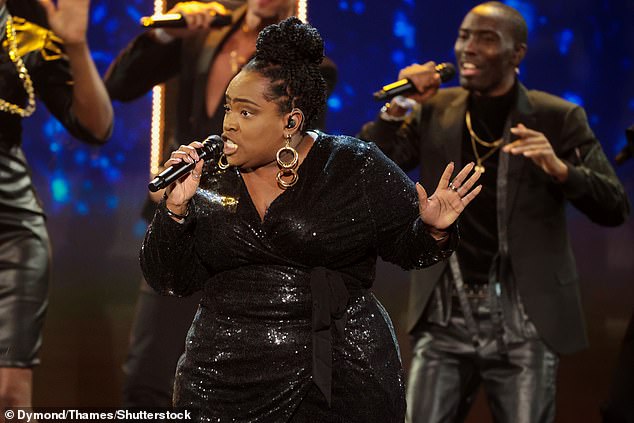 West end worthy: Simon said he felt like he was ‘at a West End show’ during the performance 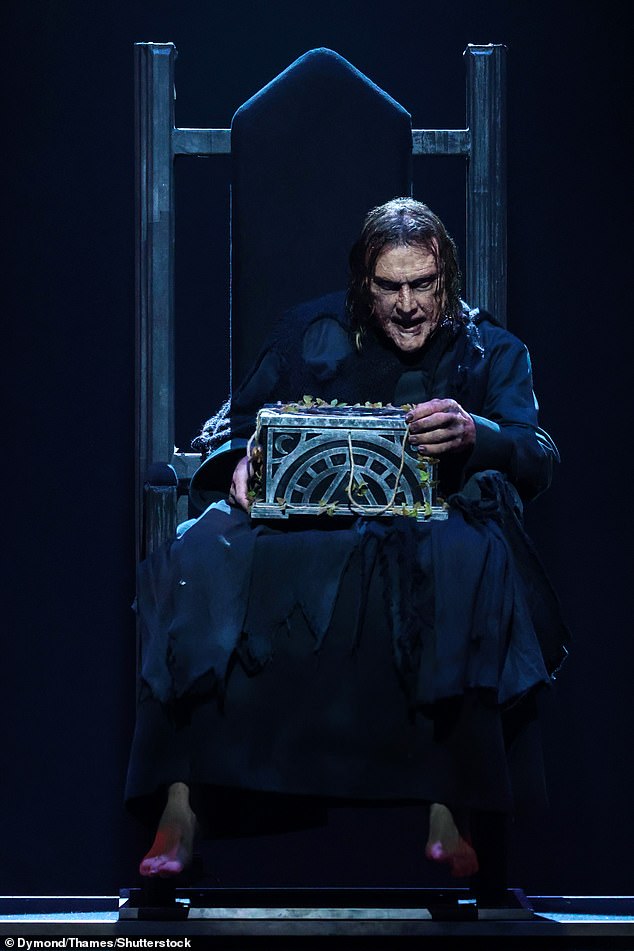 Scary: The Witches, who terrifyede Amanda and Alesha by sending rodents running across the judging panel 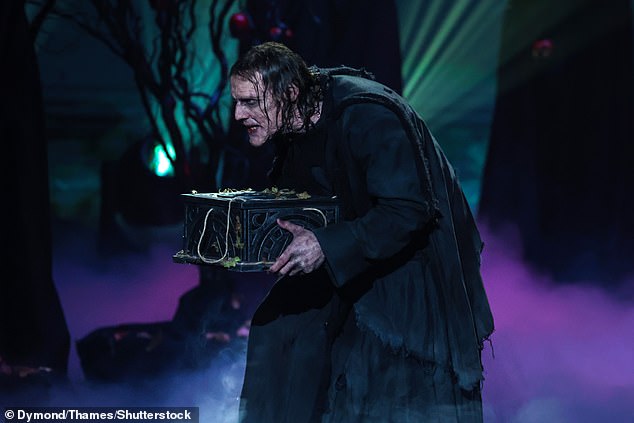 Shivers: The spooky performance left everyone on the edge of their seats, as the act made their way down from the stage to perform right in front of the judges

As a rat was unleashed on the panel, Amanda jumped up from her seat screaming, while Alesha followed.

The pair ran towards the audience to avoid the spooky act, screaming as the rodent remained on the panel.

And they didn’t return until the act had disappeared, as David found one of Alesha’s shoes – which had gotten lost during the escape. 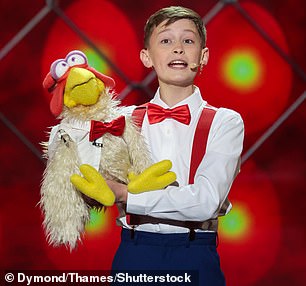 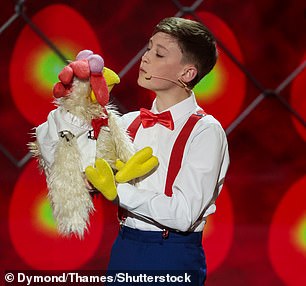 Light relief: Jamie provided some much needed relief from the spooky act, as him and his puppet Chuck talked themselves into the next stage of the show 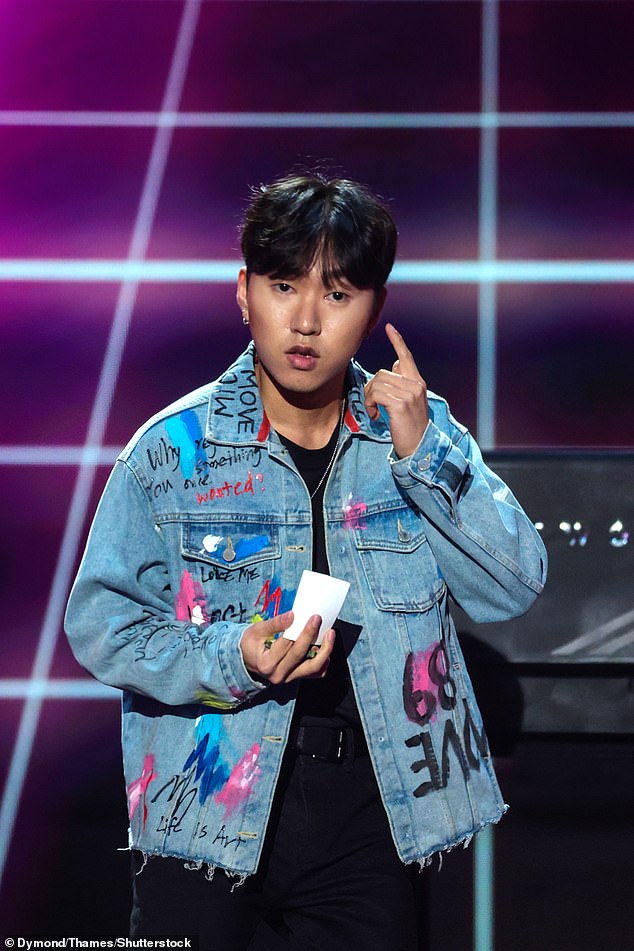 Smart: Junwoo left the judges in awe with his magic performance, which featured a slew of card tricks as he moved along to the music 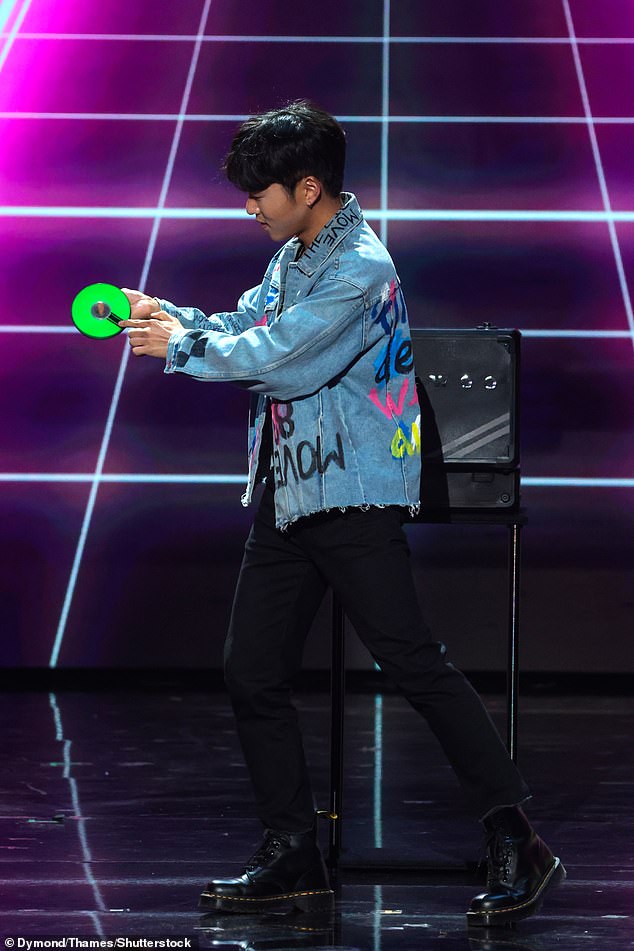 Almost: The cool performance almost got the magician through, as he received the third highest amount of votes

But while it was a fear-driven performance, the judges did find time to have a laugh during the interactive act – as the ‘witch’ made the judges read out fears, with David jesting that Simon’s biggest fear is ‘losing the number of his plastic surgeon’.

Giving the public a chance to vote, Moulin Rouge made a return with a fabulous mash up performance, including songs such as Lady Gaga’s Bad Romance and Britney Spears’ Toxic. 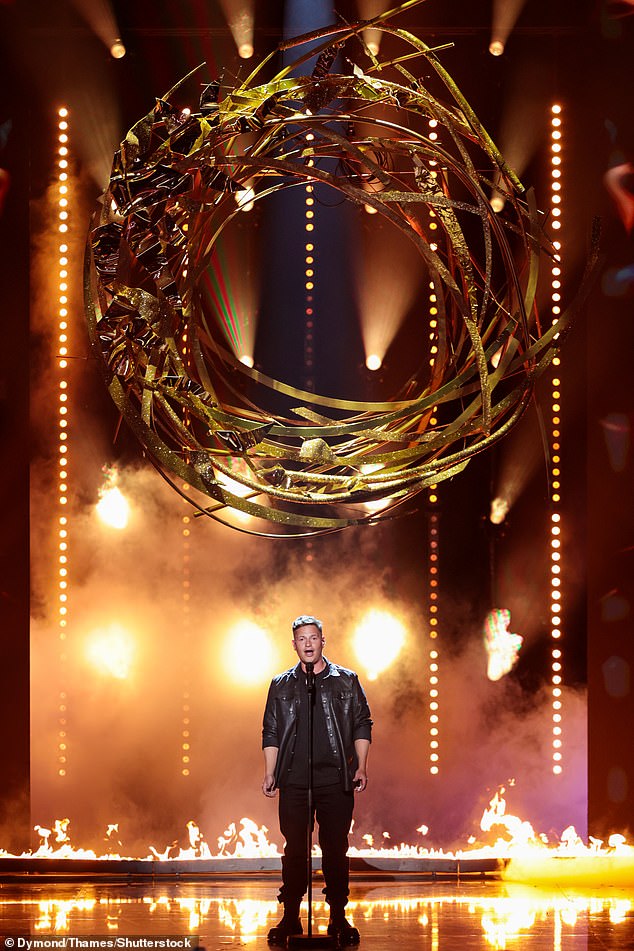 Smashed it: Last but clearly not least was Maxwell, who belted his lungs out on stage as he stood in front of a fire backdrop 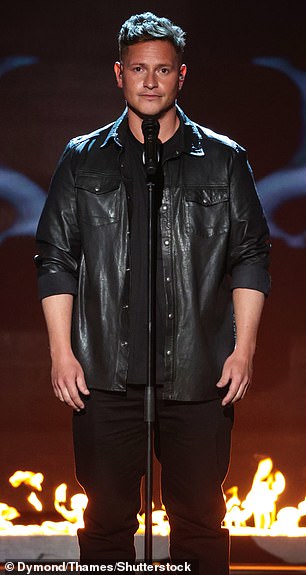 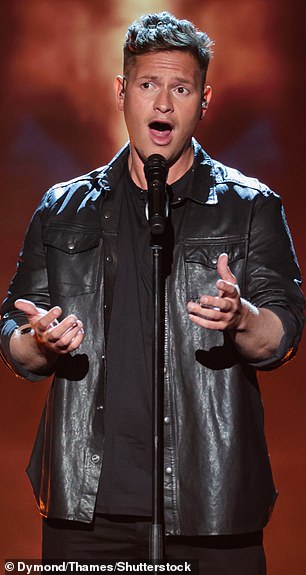 Impressed: Leaving the judges in awe, Simon even called on Andrew Lloyd Webber to cast Maxwell

Laura Byrne marvels at chip differences between the UK and Australia