Billy Eichner said that there is a dearth of support for the LGBTQ community in show business – despite how it professes to be.

The 43-year-old actor-comedian, speaking on Sunday with Page Six at the MTV Movie and TV Awards, spoke about why he feels there are not many romantic comedies geared for the LGBTQ community.

‘Hollywood has often been very accepting on the surface but very homophobic underneath the surface and very hypocritical,’ the New York City native said. ‘And a lot of decisions have been made based on fear – fears that I think are often irrational – and yet, people were scared.’ 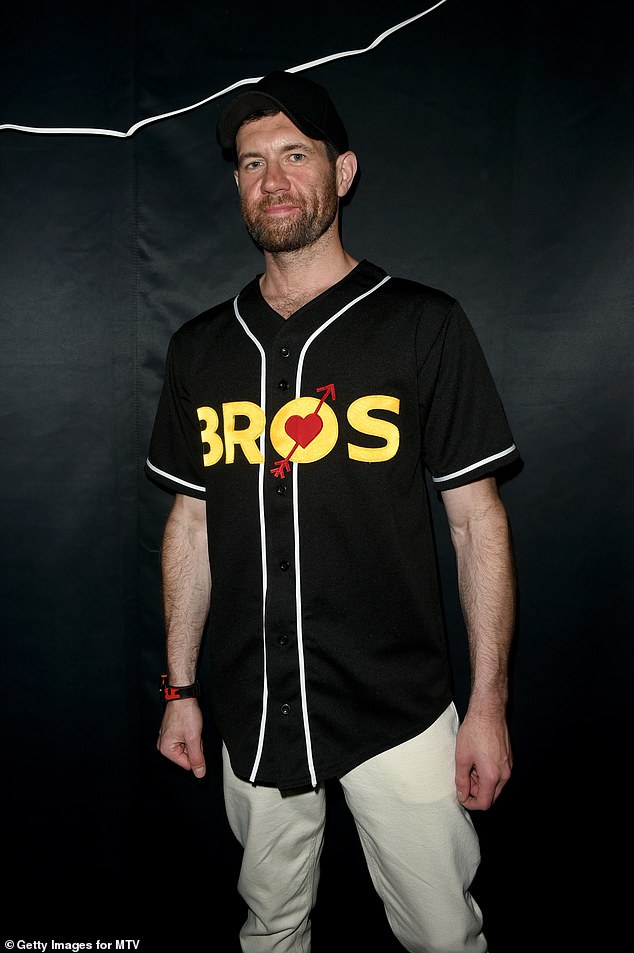 The latest: Billy Eichner, 43, said that there is a dearth of support for the LGBTQ community in show business, despite how it professes to be. The actor-comic was snapped Sunday at the 2022 MTV Movie & TV Awards at Barker Hangar in Santa Monica, California

Eichner said many of the fears are ‘based around what they think the mainstream audience would or would not accept,’ and ‘that’s pretty infuriating when you think about it.’

Eichner stars in and co-wrote the upcoming film Bros, which he said is geared on portraying a realistic depiction of dating life in the LGBTQ community.

‘I’m happy that we’re here, and it’s a movie that’s really a long time coming,’ the American Horror Story star said, adding that he has gotten ‘insanely positive’ feedback from the film’s trailer.

‘I think why so many people are watching the trailer and why so many people are talking about is because there’s a real hunger for stories like this,’ Eichner told the outlet. ‘Even on social media, which can be a little mean and snarky sometimes, people were generally really positive and excited about it and sharing it with their friends.’ 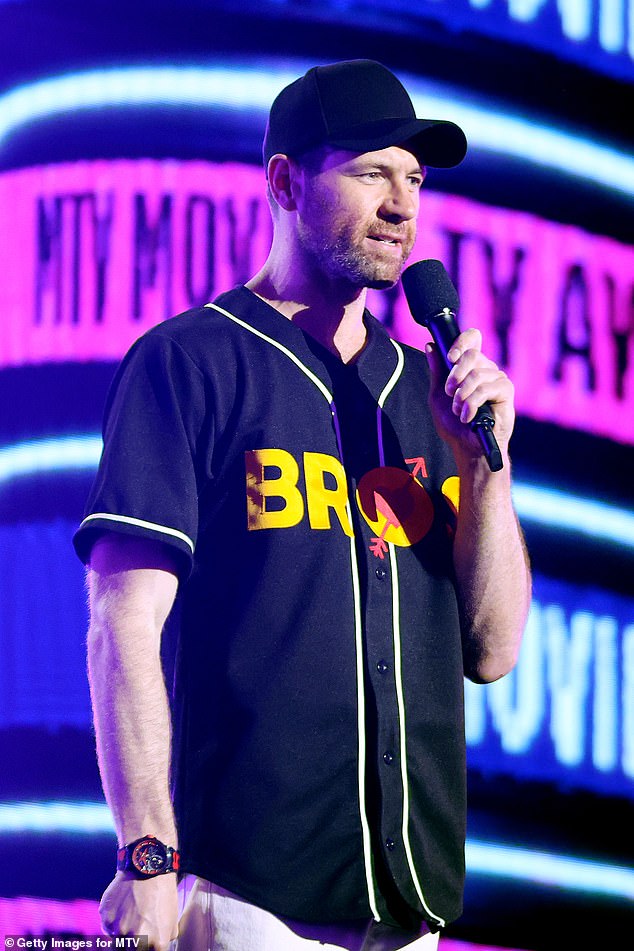 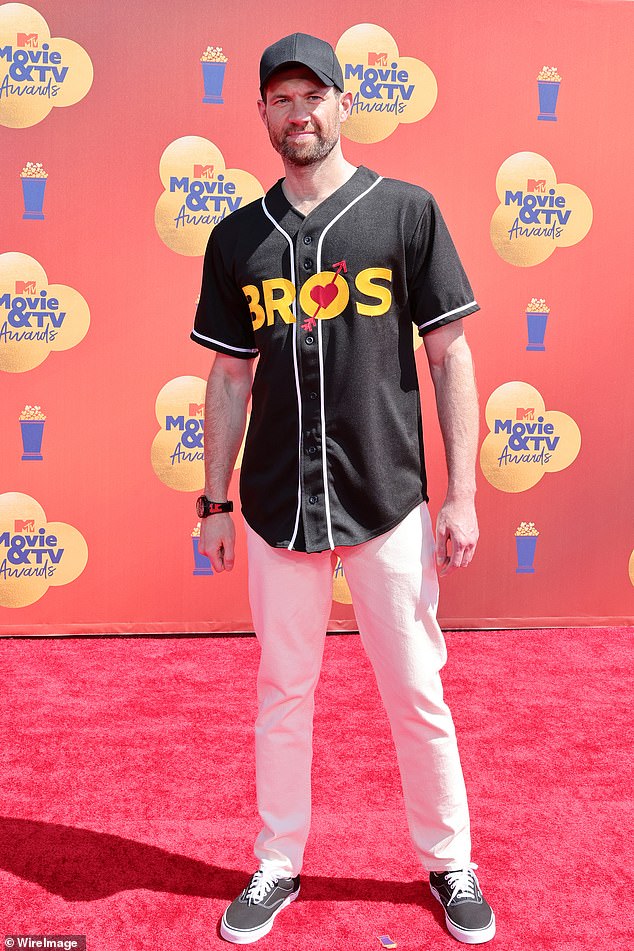 Eichner stars in and co-wrote the upcoming film Bros, which he said is geared on portraying a realistic depiction of dating life in the LGBTQ community

Eichner said that it meant ‘a lot to’ him that a number of his high-profile friends, including Seth Rogen and Seth Meyers shared the trailer.

‘We’re going to need everyone to rally behind it so that they make more movies like this,’ Eichner said, stressing that the film is a comedy.

He said, ‘It’s a really funny movie, and I think people really want to laugh right now. The world is bleak, and people I think have forgotten how much fun it is to go into a movie theater and laugh with their friends.’

The motion picture, from Universal Pictures will be the first studio movie to feature a principal cast made up of LGBTQ entertainers.

Eichner is seen in the trailer for his upcoming movie Bros, which hits theaters this fall 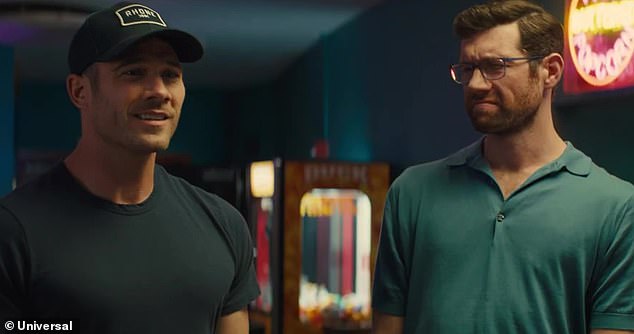 Eichner and Luke Macfarlane are among the principal cast of the film, which is made up of LGBTQ entertainers

Eichner opened up about the milestone in a letter he released with the trailer, NBC News reported last month.

‘While it’s insane to me that it took this long to get this movie made, it’s still incredibly exciting to me – and a real sign of progress – that the same studio making movies like Jurassic World and The Fast and the Furious is also releasing this R rated gay rom with an all LGBTQ+ cast, and with as much passion and enthusiasm as they release those other films,’ Eichner said. ‘It’s taken way too long. I wish we had a movie like BROS when I was a kid – but I’m so excited and proud that this day has finally come!’