Nostalgia was top of the bill on Sunday evening as ageing boybands Blue, Blazin’ Squad and 5ive performed at a secret gig in London.

The event gave 24 super-fans the opportunity to watch them perform a string of greatest hits before meeting all three groups in person. 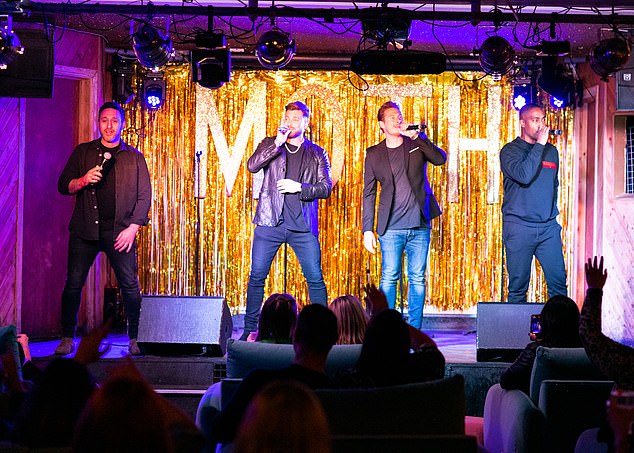 Here we go: Nostalgia was top of the bill on Sunday evening as ageing boybands Blue, Blazin’ Squad and 5ive performed a secret gig for 24 fans at MOTH nightclub London

Meanwhile 5ive – now a mere three-piece featuring Ritchie Neville, Scott Robinson and Sean Conlon – also made a game attempt at recapturing some of their early-noughties magic.

The group, who performed without original band-members Abs Love and Jason ‘J’ Brown, previously crossed paths with Blue in 2013 for ITV show The Big Reunion, where they were joined by Liberty X and Atomic Kitten.

Rounding off the bill, the once 14-strong Blazin’ Squad were reduced to just four members – among them former Love Island contestant Marcel Somerville – while working their way through some of their early hits. 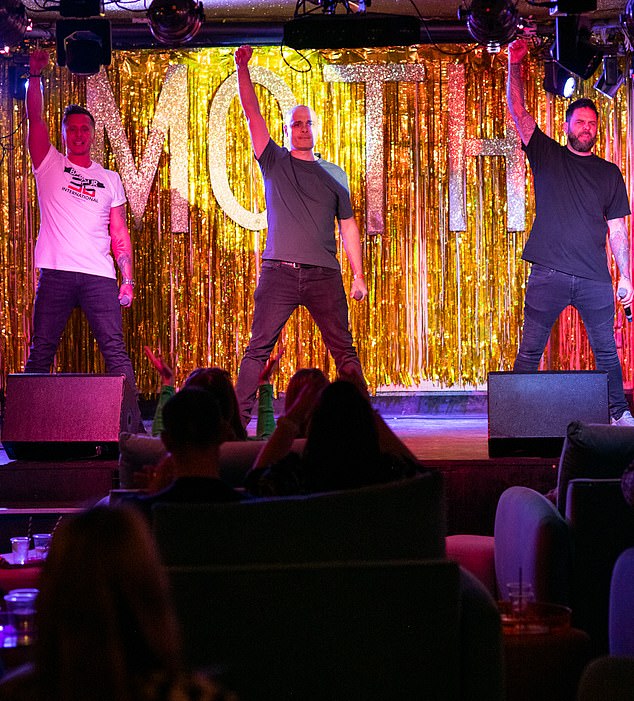 Blue are poised to return with new LP Heart & Soul, their first original output in seven years, on September 9.

Sharing a video of themselves to social media, the boys explained that their new album is available for pre-order, while also confirming they have delayed their comeback tour.

The tour – originally scheduled for September 2022 – was initially set to mark two decades since the 2001 release of their chart-topping debut album, All Rise, but has now been pushed back to December.

In a statement, Blue’s representatives confirmed: ‘Due to some very exciting plans to be announced in due course, Blue have had to move back their tour a few months.

‘Special guests are due to be announced and all tickets purchased previously will remain valid for the new date.’ 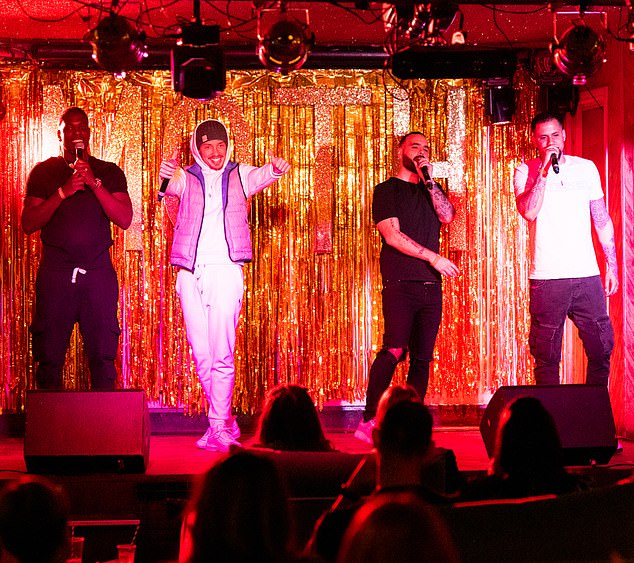 Meet us at the crossroads: Rounding off the bill, the once 14-strong Blazin’ Squad were reduced to four members – among them Love Island contestant Marcel Somerville (far left) 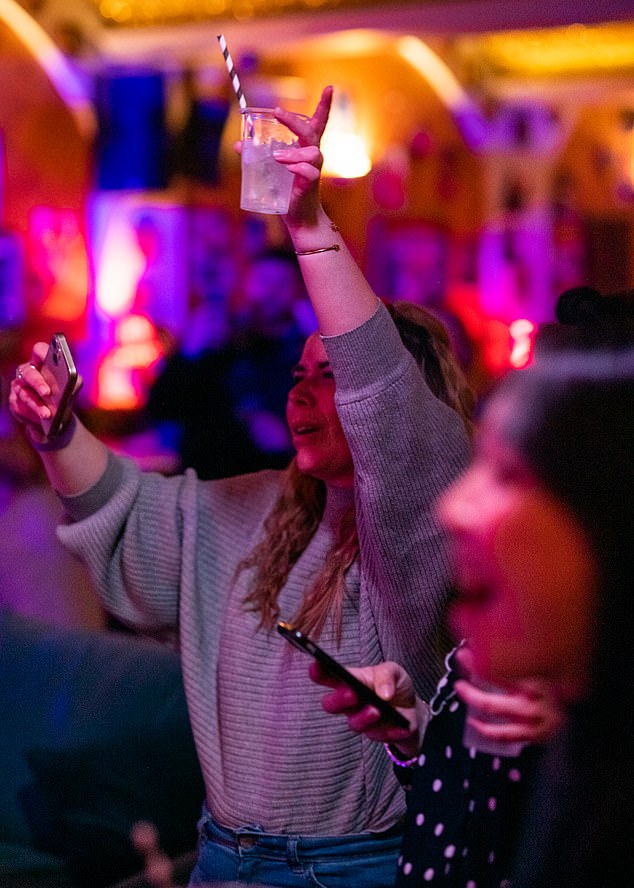 All rise: One of the 24 guests in attendance raised a glass as she let her hair down on Sunday 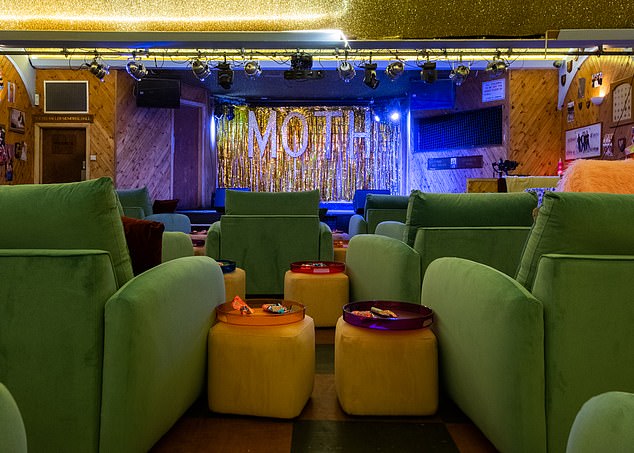 Take a seat: With just 24 guests in attendance there was no shortage of places to sit  on Sunday

The band formed in 2000, going on to release three studio albums titled All Rise, One Love and Guilty.

After announcing a hiatus in 2004, Duncan, Antony, Lee and Simon released their first compilation album, Best Of Blue.

They first reunited in January 2011 and represented the UK in that year’s Eurovision Song Contest, coming in 11th place after a performance of I Can in Dusseldorf.

They went on to release two more studio albums, their fourth Roulette in 2013 and their fifth Colours in 2015.