Bob Dylan's handwritten lyrics to classic Like A Rolling Stone to be sold for $1.375 MILLION

Bob Dylan’s original handwritten lyrics to iconic classics Like A Rolling Stone and Mr. Tambourine Man to be sold for $1.375 MILLION

Bob Dylan fans now have a chance to own a key piece of his most iconic songs — assuming they have a spare $1.375 million lying around.

Moments in Time, which sells collectible items and historical documents, has now put on sale the original handwritten lyric sheets for Dylan’s most enduring song, Like A Rolling Stone, as well as the perennially popular Mr. Tambourine Man, according to TMZ.

The 81-year-old singer’s original scrawled the sometimes surreal lyrics on sheets of parchment, and his scribbled words are also surrounded by various doodles and feature clear edits to his notes. 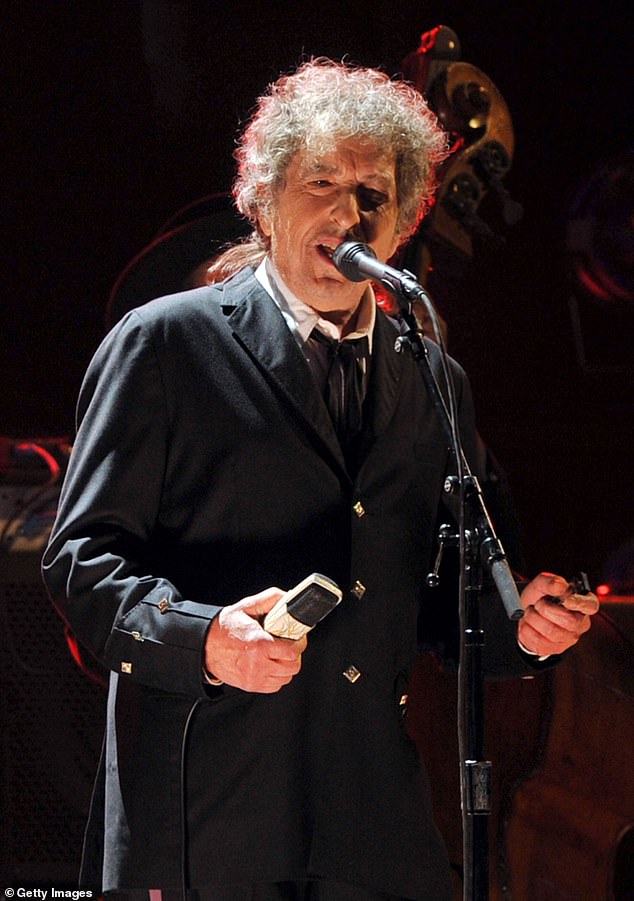 Pricy history: Bob Dylan’s original handwritten lyrics to Like A Rolling Stone and Mr. Tambourine Man are being sold for over $1 million, TMZ reported on Monday; seen in 2012 in La

And if that proves too pricey for fans, they’ve also got the opportunity to splash out on the handwritten lyrics for another of Dylan’s 1965 tracks, Mr. Tambourine Man, which the website is listing for sale for $425,000.

According to TMZ, Dylan’s team sold the lyric sheets to a collector over a decade ago and they are now going on sale to the public.

Although both songs were released in the same year, they feature on two different albums, with Like a Rolling Stone appearing on Highway 61 Revisited and Mr. Tambourine Man taken from Bringing It All Back Home. 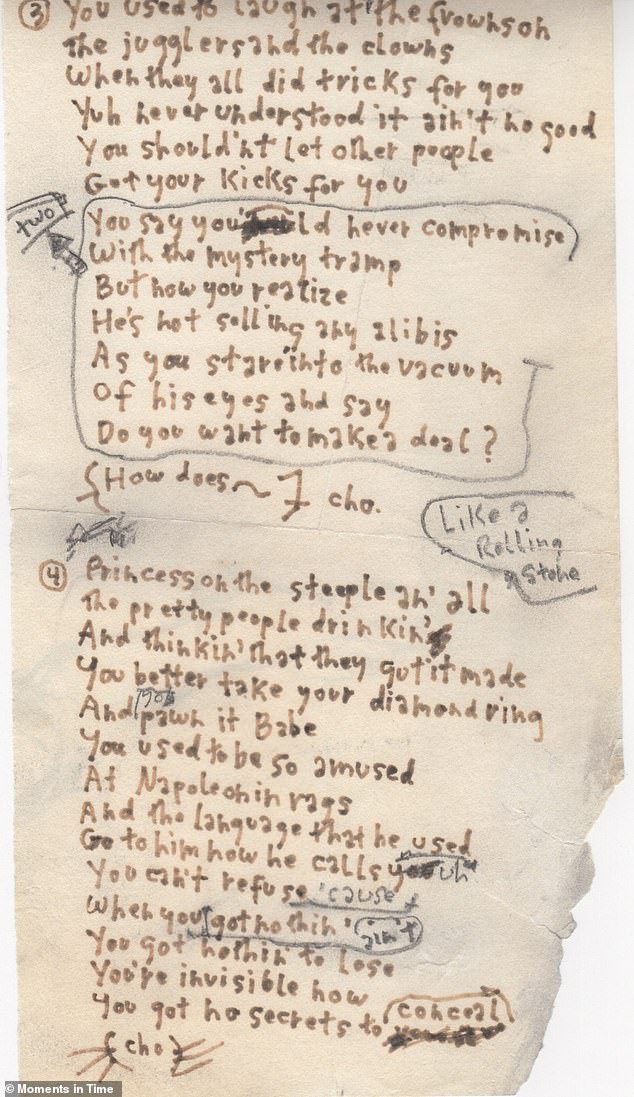 History in the making: The Like A Rolling Stone lyrics sheet, which is on parchment, also features edits Dylan made, plus assorted doodles

It will be available on a unique Ionic Original format disc, and marks the first time in 60 years the music legend has re-recorded the song.

Blowin’ in the Wind will also mark the debut of the Ionic Original format, first announced in April by producer T Bone Burnett, 74.

Burnett said: ‘Sixty years after Bob first wrote and recorded Blowin’ in the Wind, he is giving us a new recording of his song.

‘One that is both deeply relevant for our times and resonant with decades of the artist’s life and experience. We’re grateful to Christie’s for their belief in the Ionic Original and for presenting Bob’s masterful recording to the world in a unique and meaningful way.’

The Ionic Original format is, according to Burnett, ‘the pinnacle of recorded sound. It is archival quality. It is future-proof. It is one of one.’

Blowin’ in the Wind is reportedly the first of multiple tracks that Bob Dylan is re-recording for the format.