Bob Saget’s daughter Lara shares heartfelt tribute to her late dad as she marks Father’s Day just five months after his passing at age 65: ‘He was my best friend’

Lara Saget posted a loving Father’s Day tribute on her Instagram earlier Sunday in honor of her late dad.

The Full House alum had three daughters with his first wife, Sherri Kramer, Aubrey, Lara, and Jennifer. Lara was the second-born child and had a very close bond with her father.

The actor had an untimely death earlier this year in January 2022 at age 65, sending shockwaves through his family and fans. He passed away in a hotel in Florida after suffering from head trauma due to a fall. 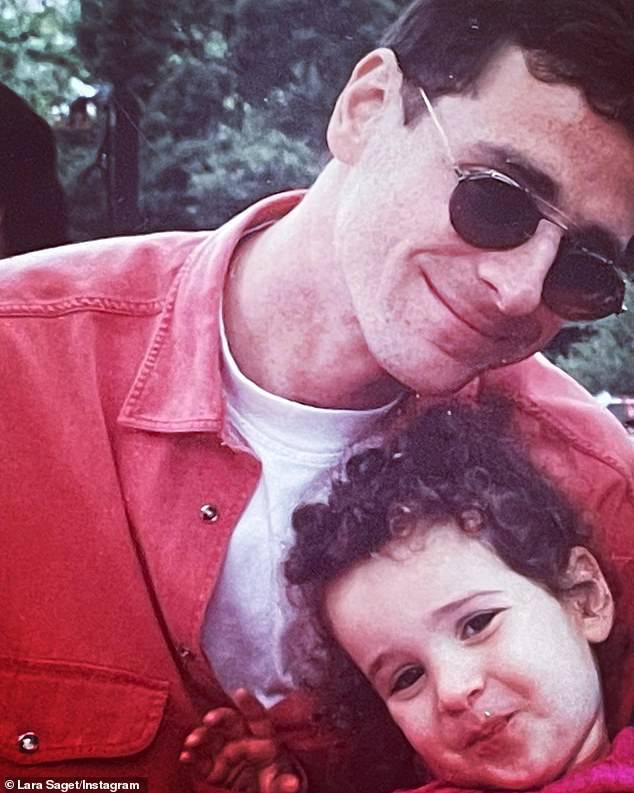 Lara shared an adorable photo of herself and her father from when she was a little girl. The two are pictured smiling and looking happily at the camera.

His daughter typed out an emotionally moving caption for her late father.

She began to type out the sentimental post by stating, ‘My dad wasn’t just my dad, he was my best friend. He wore his heart. He didn’t hide it; he wasn’t afraid of love. My dad simply wanted to share laughter and love with this world.’ 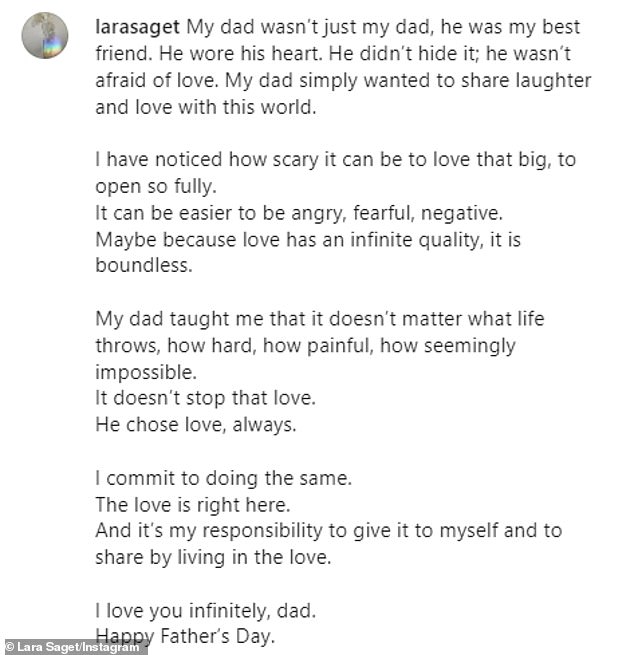 Very moving: Bob Saget’s daughter shared words of love in a tribute for her late father on Father’s Day

The artist also expressed how important love is and how her father was never deterred from the emotion.

‘My dad taught me that it doesn’t matter what life throws, how hard, how painful, how seemingly impossible. It doesn’t stop that love. He chose love, always.’

The 32-year-old ended the caption by writing, ‘I love you infinitely, dad. Happy Father’s Day.’

His daughter believes her father had a big heart and that he was always sharing and giving love. Shortly after he passed away, Lara shared a post describing that love and how it was one of the biggest lessons she learned. 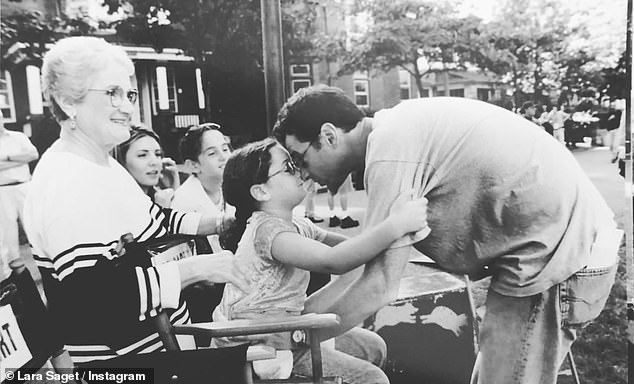 Family love: A photo captured the cute moment when Bob put his forehead on his daughter’s for a quick embrace.

‘My dad loved with everything he had. He had so many reasons to be scared to love. So many loved ones kept dropping the body,’ she wrote. ‘Instead of being scared, he loved more. I am beyond grateful to receive and to give that love.’

In her Father’s Day tribute, Lara reiterated that powerful love that Bob carried with him.

Only months before his death, the TV star was a guest star on the Til This Day With Radio Rahim podcast. 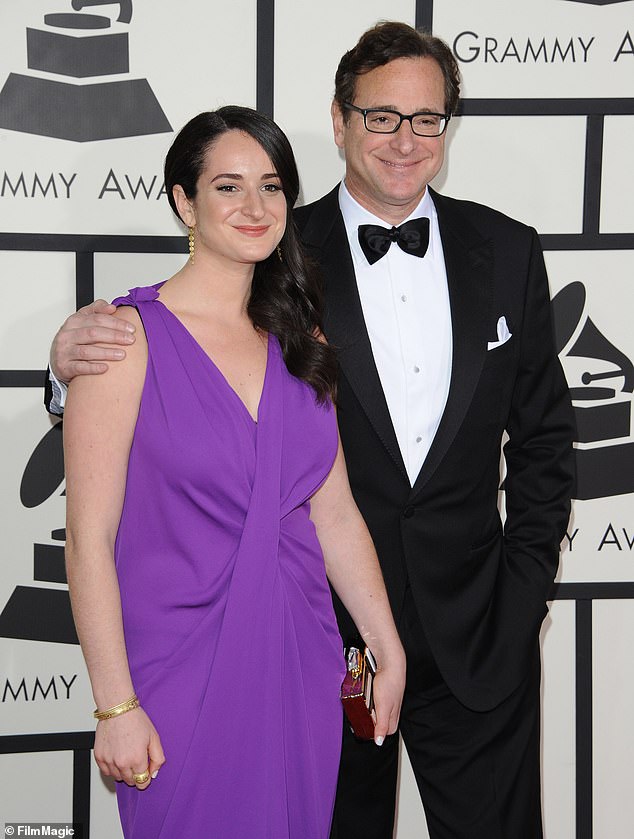 According to People, he opened up about his life and brought up the topic of mortality during the show.

The America’s Funniest Home Videos host stated how dealing with deaths as he was growing up has changed him for the better and in a positive way.

‘I guess therapy, having three kids, watching people pass away in the past few years, mortality, all that stuff has fortunately changed me,’ the famed actor explained.

‘My kids tell me, ‘Dad, you’re different. It’s so nice to watch you grow,’ he added.