The plan has been internally labelled “Operation Save Big Dog” – reportedly by the Prime Minister himself. This comes as Mr Johnson prepares to clean up an “underlying culture” of drinking and rule-breaking in Downing Street, the Conservative Party Chairman said. Oliver Dowden said the government plans to “up our game” and that the Prime Minister is “determined to make sure that this can’t be allowed to happen” again.

Martin Reynolds, Mr Johnson’s principal private secretary, and Dan Rosenfield, the Prime Minister’s chief of staff, are among those likely to be dismissed, the Sunday Times reported.

It has been broadly accepted within Downing Street that at least one senior political appointee and a senior official must be seen to leave their posts over the affair in order to save the Prime Minister, two Whitehall sources told the Independent.

The plans to reform the “culture” at the heart of government comes as Mr Johnson faces increasing calls to resign over the “Partygate” scandal.

The latest revelation in the ongoing saga was that an event called “wine-time Fridays” was scheduled into the electronic calendars of around 50 Downing Street staff between 4pm and 7pm every week during lockdown, the Mirror revealed. 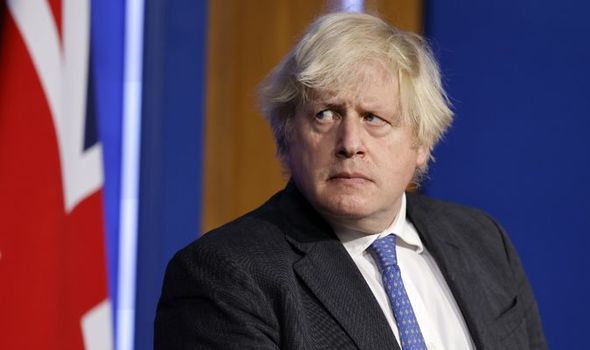 Boris Johnson appears set to wield the axe and sack his own staff (Image: PA)

Mr Johnson prepares to clean up an ‘underlying culture’ of drinking and rule-breaking (Image: Getty)

And last week, the Telegraph reported that two separate leaving drinks were held in No10 on April 16 last year, the night before the Queen was forced to sit alone at Prince Philip’s funeral as a result of strict Covid rules.

Six Tory MPs, including Scottish Conservative Leader Douglas Ross, have all publically called for the Prime Minister to step down.

Meanwhile, according to the Mirror, 35 MPs have privately submitted letters of no confidence to the Tory 1922 Committee.

54 MPs are required to send these letters in order to trigger a leadership challenge.

Martin Reynolds, Mr Johnson’s principal private secretary is among those likely to be dismissed (Image: PA)

Oliver Dowden said the government plans to ‘up our game’ (Image: Getty)

Meanwhile, a devastating poll of 1,041 party members saw 53.4 percent of them say Mr Johnson should resign.

The poll, conducted on January 15, was conducted using the same group of party members that gave the Prime Minister a 93 point approval rating shortly after the general election.

But Mr Dowden assured the BBC’s Sunday Morning programme that Mr Johnson is “deeply apologetic”, later telling Sky News that he does not believe the Prime Minister should resign, regardless of the outcome of the civil service inquiry into the affair, led by Sue Gray.

He said: “I can assure you the Prime Minister is both very contrite and deeply apologetic for what happened.

“But, more importantly, he is determined to make sure that this can’t be allowed to happen and that we address the underlying culture in Downing Street.

“There were failings: we should have done better, much, much better.

“We need to up our game, and that needs to be addressed, and I know the Prime Minister is committed to addressing that.”

Mr Reynolds sent an email to what was reportedly a mailing list of more than 100 Number 10 employees inviting them to a BYOB party.

According to ITV News, around 40 staff, including Mr Johnson and his wife Carrie Johnson, gathered in the garden eating picnic food and drinking alcohol.

Dan Rosenfield has also been pegged as being likely to take the fall for Johnson (Image: Getty)

Less than an hour before the alleged drinks party, Mr Dowden, who was Culture Secretary at the time, had reminded the public that they should only meet in pairs outdoors.

Speaking at a coronavirus press briefing, he said: “You can meet one person outside of your household in an outdoor, public place provided that you stay two metres apart.”

The letter from Mr Reynolds said: “Hi all,

“After what has been an incredibly busy period it would be nice to make the most of the lovely weather and have some socially distanced drinks in the No10 garden this evening.

“Please join us from 6pm and bring your own booze!”