Just over a quarter of share- holders in British Airways’ parent company have refused to back a plan to boost chief executive Luis Gallego’s rewards.

IAG faced a rebellion at its shareholder meeting yesterday in Madrid with 17.78 per cent of investors voting against a controversial pay policy and 7.75 per cent abstaining.

Gallego’s package puts him in line for £4.7million if he hits all his targets in 2022. 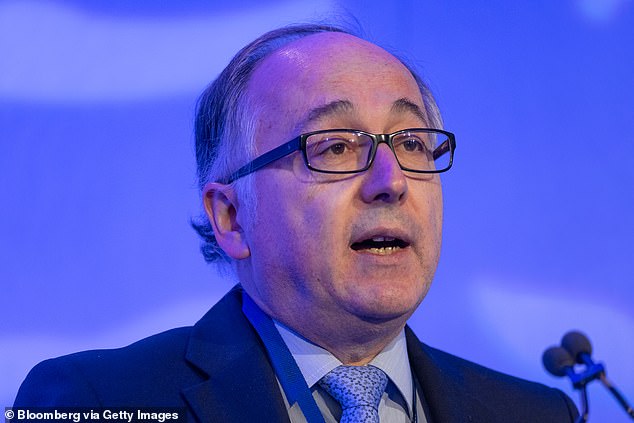 Pay snub: IAG boss Luis Gallego’s new package puts him in line for £4.9m if he hits all his targets in 2022

The AGM took place after weeks of recent travel chaos caused by the mass cancellation of flights, which has hit IAG’s airlines including, BA, Vueling and Iberia.

Several investment advisers had urged investors to reject IAG’s proposal, with Glass Lewis and ISS describing it as ‘excessive’.

The proposal passed with 75 per cent of votes but Sarah Wilson, boss of data firm Minerva Analytics, said: ‘The average dissent on remuneration for companies is about 10 per cent.

A quarter of shareholders thinking you are not doing a very good job is a lot.’

An IAG spokesman said: ‘We are pleased with the support received from our shareholders.’

Two other firms also suffered at the hands of shareholders yesterday.

Sir Martin Sorrell’s S4 Capital suffered a rebellion where 30 per cent of the advertising start-up’s investors voted against the pay policy.

And Informa suffered one of the largest shareholder protests at a top UK company in more than a decade, after 71 per cent of the exhibitions organiser’s investors rebelled against chief executive Lord Carter’s £2.7million pay at its annual meeting.

What you need to know about having a home swimming pool