Brian Austin Green and Sharna Burgess are expecting their first child together, it has been confirmed.

Megan Fox’s ex Brian, 48, and the Dancing With the Stars professional, 36, posed together for the happy announcement, obtained by PEOPLE.

The Dancing with the Stars Pro, 36, is pregnant, expecting her first baby with boyfriend Green.

He is also a father to his son Kassius, 19, from a previous relationship.

It is the first child for Sharna. 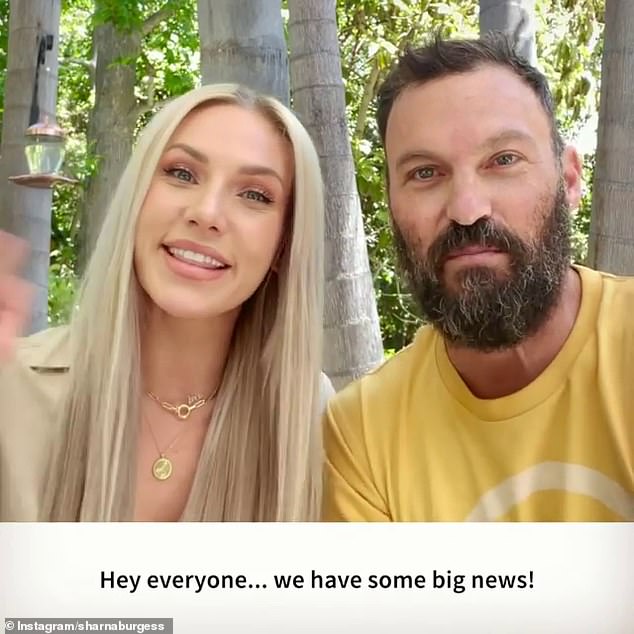