Jacqueline Jossa looked sensational as she departed her London hotel in time for the Brit Awards at The O2 Arena on Tuesday.

The actress, 29, looked ethereal in a dazzling white top and coordinating trousers which she layered beneath a feathered semi-sheer jacket.

She clutched a matching leather purse and while putting her modelling skills to use while turning the streets of the city into her very own fashion show. 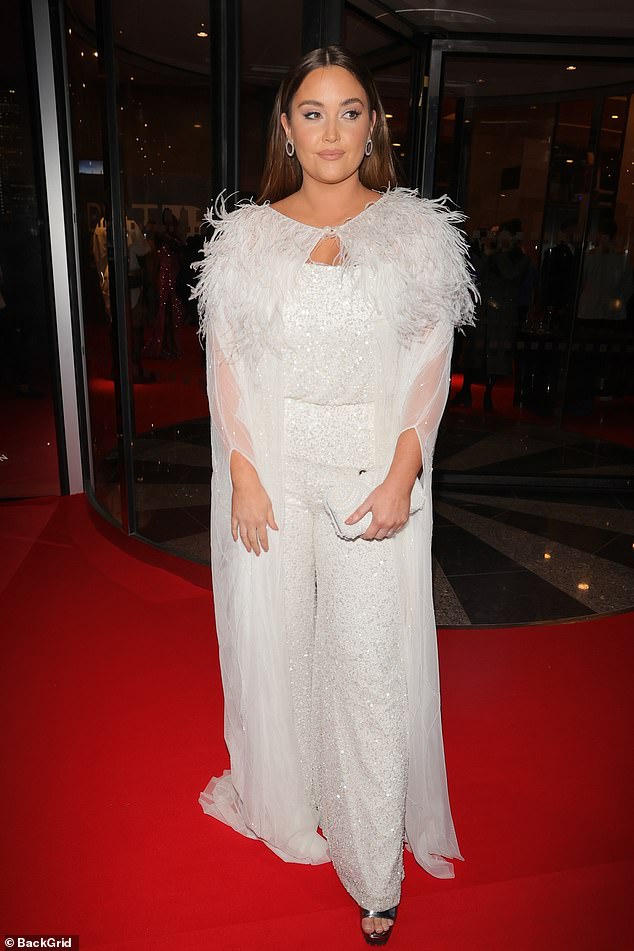 Emerging: Jacqueline Jossa looked sensational as she departed her London hotel in time for the Brit Awards at The O2 Arena on Tuesday

It’s set to be a big night for British music, with Adele and Ed Sheeran leading the 2022 BRIT Awards nominations, with an impressive four nods each.

Joining Adele and Ed with four nominations are Little Simz and Dave, who along with Sam Fender, will battle it out for the inaugural Artist of the Year award at the ceremony which airs at 8pm on ITV and will be hosted by Mo Gilligan for the first time.

The ceremony, in association with Mastercard, sees the most female artists nominated in over a decade, however, they are still outnumbered three to two by male nominees.

It comes after The Brit Awards sparked controversy after scrapping male and female categories and switching to gender-neutral gongs for the first time in its history, causing naysayers to brand the event ‘woke’. 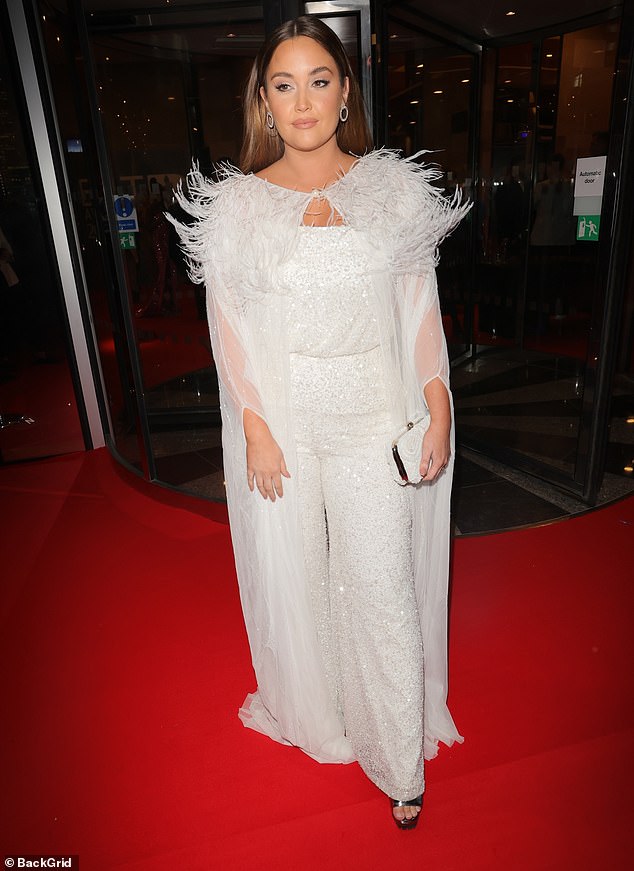 Gorgeous: The actress, 29, looked ethereal in a dazzling white top and coordinating trousers 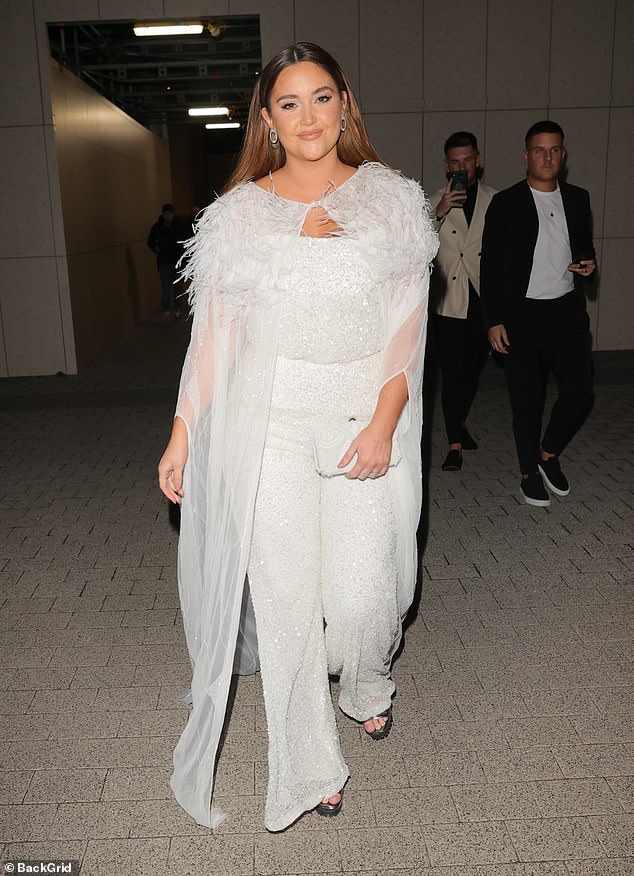 Wow! She layered the outfit beneath a feathered semi-sheer jacket 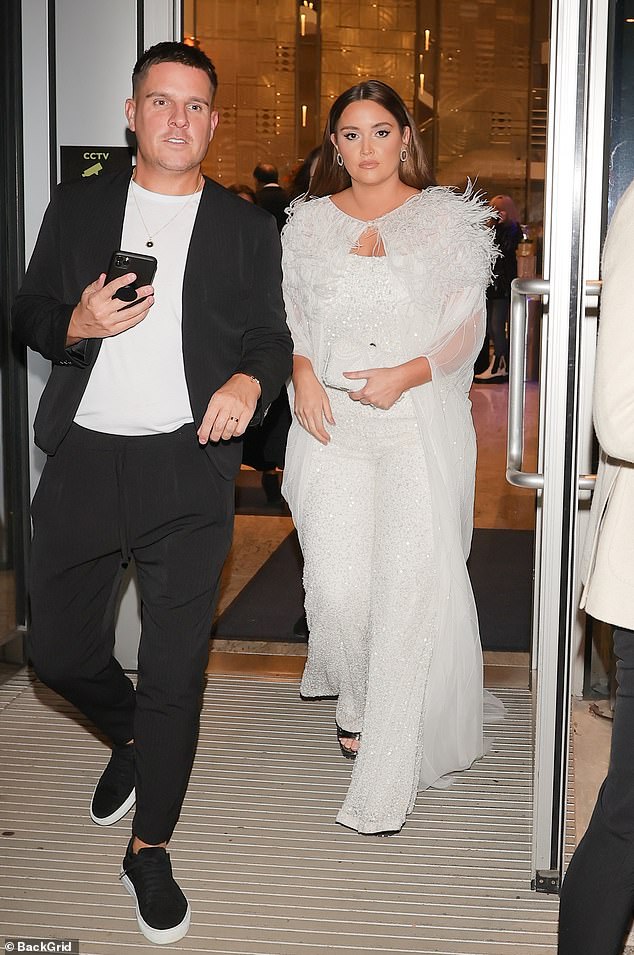 Hot stuff: She clutched a matching leather purse and while putting her modelling skills to use while turning the streets of the city into her very own fashion show

Sam Fender, Central Cee, David Guetta are up for three awards on the night, while Doja Cat, Olivia Rodrigo, Billie Eilish, Lil Nas X are each nominated for two prizes and will go up against Taylor Swift for International Artist of the Year award.

Little Mix’s nomination comes weeks after the girls decided to take an extended break to concentrate on solo efforts, with their nods being the first time they’ve been nominated as a trio since Jesy Nelson quit last December. 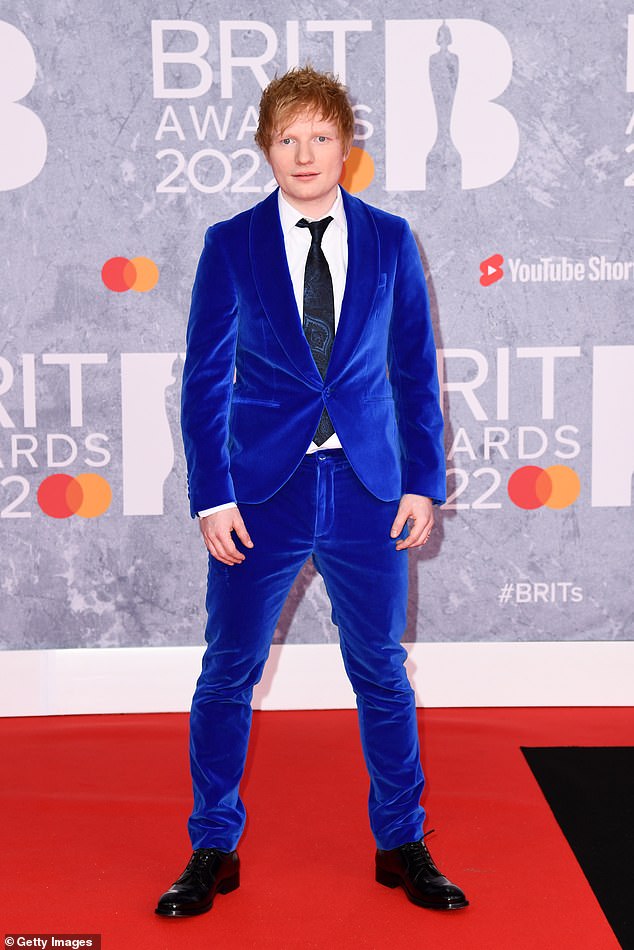 Music royalty: Stars of the music world were out in force for the 2022 Brit Awards with Mastercard red carpet in London ‘s O2 Arena on Tuesday (Ed Sheeran is pictured)

They’ll be hoping to emulate their success from last year, where they won Best Group for the first time and also became the first ever female group to do so.

Other artists hoping to win big on the night include ABBA, AJ Tracey, Anne-Marie, Drake, Elton John, Ghetts, London Grammar and The Weeknd.

Organisers divided opinion last year with some outraged by the decision to switch to gender-neutral gongs for the first time in its history.

Bosses claimed the move was in a bid ‘to be as inclusive and as relevant as possible’ and allowed people to enter who do not identify as a man or woman. 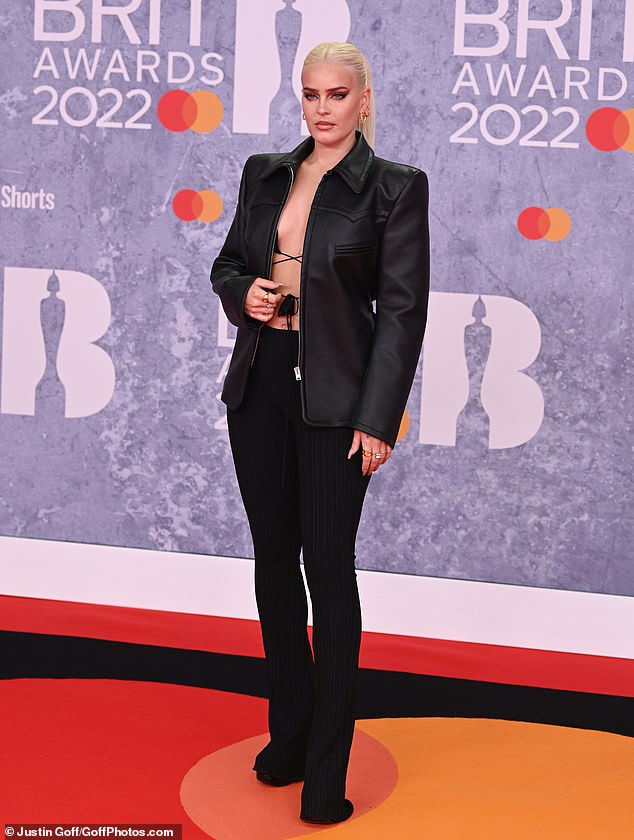 Posing up a storm: Anne-Marie put on a very confident display as she worked her best angles for the camera

But fans blasted the change as ‘woke drivel’, with many calling for a boycott of next year’s show.

Meanwhile, the song of the year prize will recognise the featured artists, rather than just the lead artists or named collaborators. 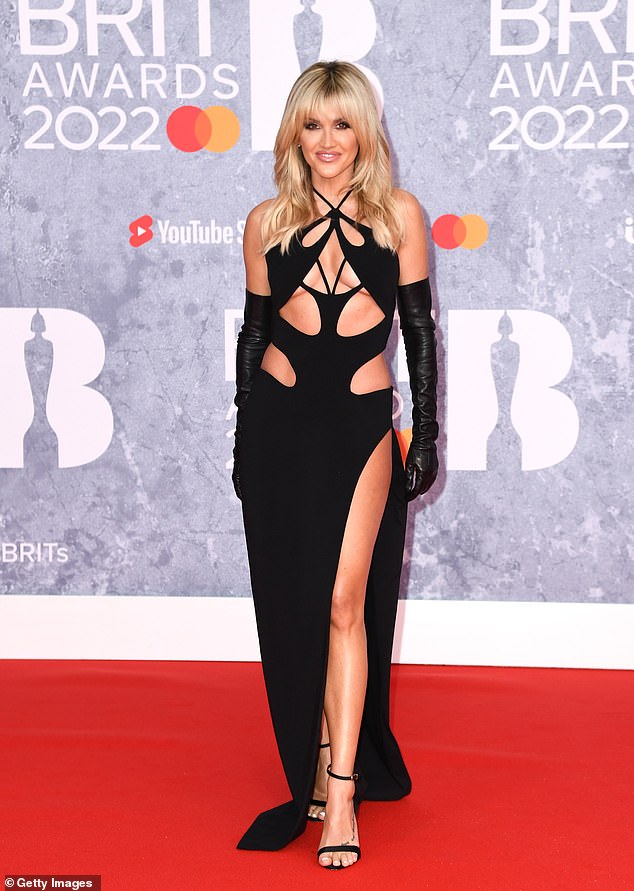 These four new genre awards were up for a public vote on the Tik Tok app, as for the first time in the ceremony’s 45-year history, fans got to decide the outcome. The vote closed at 6pm GMT Thursday February 3, with users able to cast up to ten votes per category, per day.

The changes come after singer Sam Smith – who identifies as non-binary – put organisers under pressure to scrap male and female categories earlier this year.

Doja Cat had also been on the lineup, but was forced to pull out after several members of her crew tested positive for Covid.

She tweeted last week: ‘Unfortunately, due to cases of COVID within my crew, I will no longer be performing at the Brits. ‘It’s simply not safe for us to continue to rehearse together and put each other in harm’s way. I can’t wait to perform for my UK fans as soon as I can. Take care of yourselves.’

The rap star – who received nods for International Artist Of The Year and Best International Song for her SZA collaboration Kiss Me More – herself tested positive for the virus in December.

ARTIST OF THE YEAR

SONG OF THE YEAR

Adele – Easy On Me

Central Cee – Obsessed With You

MASTERCARD ALBUM OF THE YEAR

Dave – We’re All Alone In This Together

The War On Drugs

Billie Eilish – Happier Than Ever

Lil Nas X – Montero (Call Me By Your Name)

Maneskin – I Wanna Be Your Slave

The Weeknd – Save Your Tears

PRODUCER OF THE YEAR

SONGWRITER OF THE YEAR