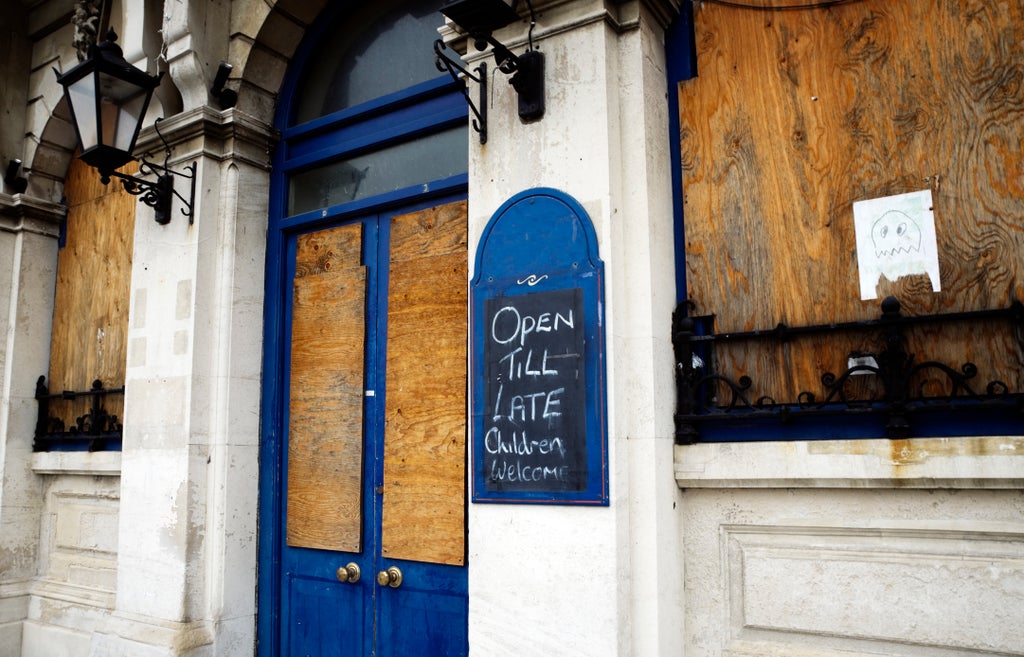 Britain lost over 1,000 pubs, restaurants and nightclubs in the three months after lockdown fully lifted, according to a new report.

A study published by the market analysis firms CGA and AlixPartners revealed that 16 pubs and restaurants per day – or 980 sites – closed due to the pandemic and what are believed to be Brexit-related complications, between July and September this year.

Nightclubs have also been badly affected, with numbers dropping by 100 to just over 1,000 – a drop of nine per cent in just three months.

Supply chain issues, labour shortages and rising food and drink costs were all cited as reasons for the closures.

The data indicates that small businesses have borne the brunt of closures, with independently-run establishments accounting for nearly three quarters of all closures.

Research published by Caterer.com in August showed that more than 90,000 workers left the UK’s hospitality sector over the previous 12 months due to Brexit and the pandemic, with more Britons entering the field than ever before.

The report concluded that the hospitality industry “remains under severe pressure.”

Kate Nicholls, CEO of UKHospitality tells The Independent: “We’ve known for some time that we are not out of the woods yet – much of the sector remains vulnerable and cannot go under the radar.

“With current labour shortages, disruption to supply and escalating food and utility costs, the forthcoming run in to Christmas will be even more crucial than ever for pubs, bars, restaurants and other venues.”

She added that the government committing to a long-term VAT rate of 12.5 per cent for the hospitality sector “would be a significant, non-costly and easily implemented way of putting a hospitality and tourism recovery on firmer ground, and enabling businesses to grow and invest more in their workforce.”

The Campaign for Real Ale (CAMRA) national chairman Nik Antona tells The Independent: “The impact of the pandemic on our pubs and social clubs is continuing to be felt, even as a wider economic recovery begins.

“Communities nationwide will feel the loss of these venues, and it’s more important than ever that these unique social hubs are supported so they can continue to fight loneliness and social isolation.”

He adds: “It is particularly concerning to see that small, independent pubs have [been] hit hardest by recent closures as these venues are vital to preserving and promoting consumer choice.”

The news comes just one month after a report from hospital technology firm Zonal revealed that no-shows at restaurants and pubs are costing the hospitality sector £17.6bn a year.

According to their data, one in seven customers failed to turn up to a prearranged reservation without informing the venue between April and September.

Their report claims that those aged between 18 and 34 years-old were the “worst offenders” for no-shows, with more than a quarter (28 per cent) not honouring existing bookings, compared with just one per cent of those aged 55-years or above.

Vaccination teams are bringing in flu but NOT Covid jabs to give elderly residents, bosses warn