Britney Spears uploaded a post earlier on Tuesday revealing she originally desired to have her wedding ceremony in a Catholic Church.

The Queen of Pop and her husband, Sam Asghari, notably tied the knot in front of various celebrity guests at the star’s Thousand Oaks mansion earlier in June.

The singer, 40, shared a photo on her Instagram of St. Monica Catholic Church which is located in Santa Monica, California, writing, ‘I wanted to get married there.’ 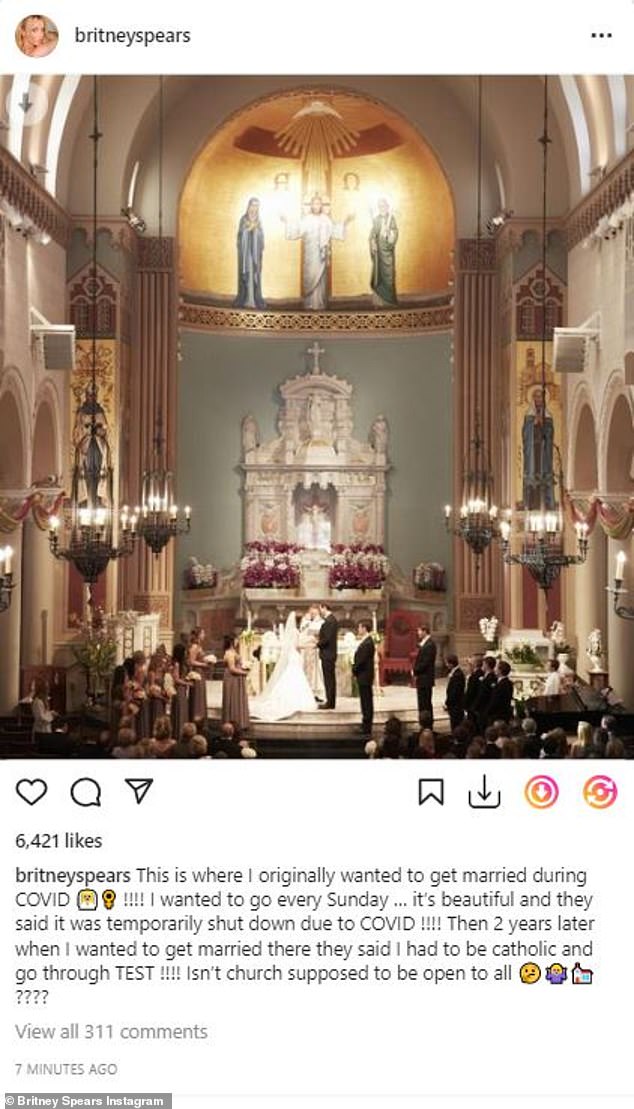 Almost two months following her wedding ceremony, Britney revealed where she had initially dreamed of saying, ‘I do.’

The Baby One More Time singer typed out a caption, and stated she had wanted to marry at St. Monica’s amid the pandemic.

‘This is where I originally wanted to get married during COVID!!!’ she wrote out to her 41.8 million followers. 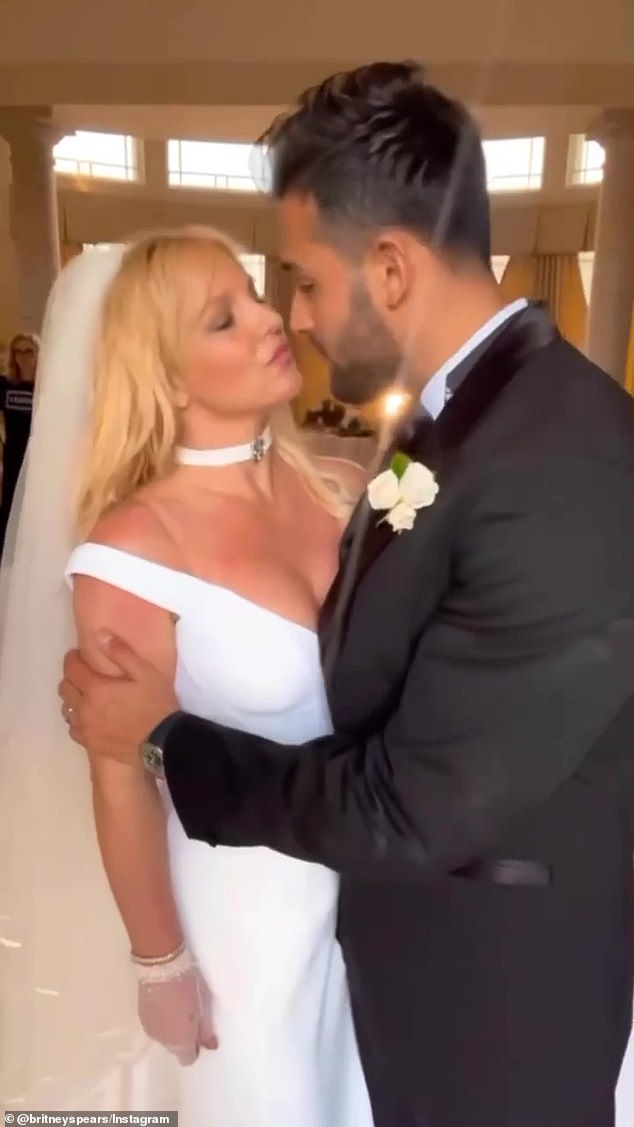 Location: The singer and her husband, Sam Asghari, tied the knot at her Thousand Oaks home in June

‘I wanted to go every Sunday,’ the Toxic hitmaker continued in the caption. ‘It’s beautiful and they said it was temporarily shut down due to COVID !!!!’

Britney then explained that after two years since the pandemic hit, she aimed to wed at the church once again.

‘Then 2 years later when I wanted to get married there they said I had to be catholic and go through TEST !!!! Isn’t church supposed to be open to all.’

Instead of converting to Catholicism, which can be a very lengthy process, the performer opted to hold a lavish wedding ceremony at her mansion, with guests such as Madonna and Paris Hilton in attendance. 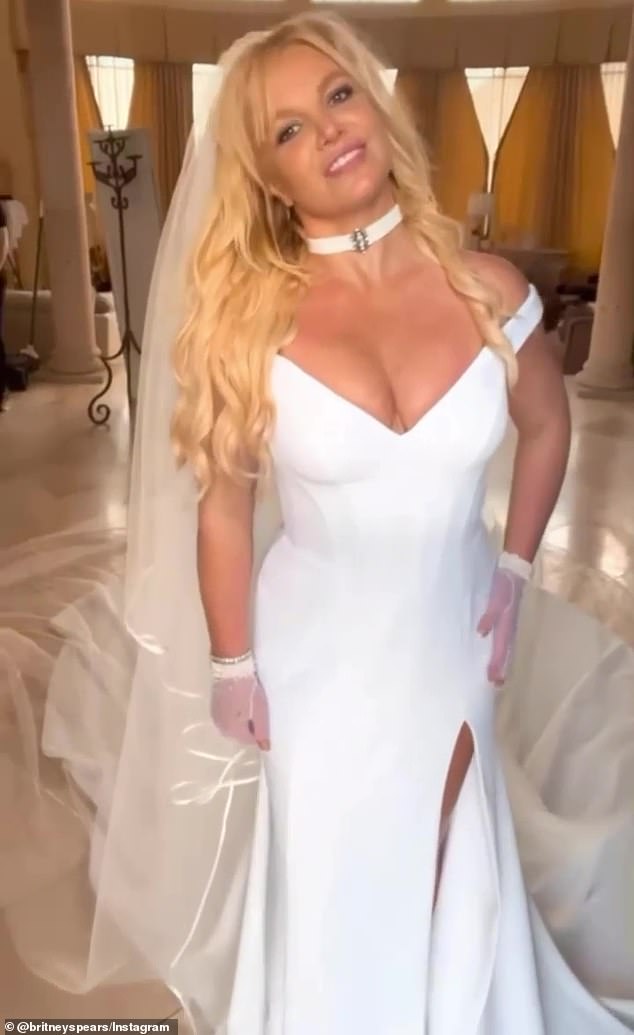 Wedding: On the big day, the talented performer looked stunning in a custom-made Versace wedding dress 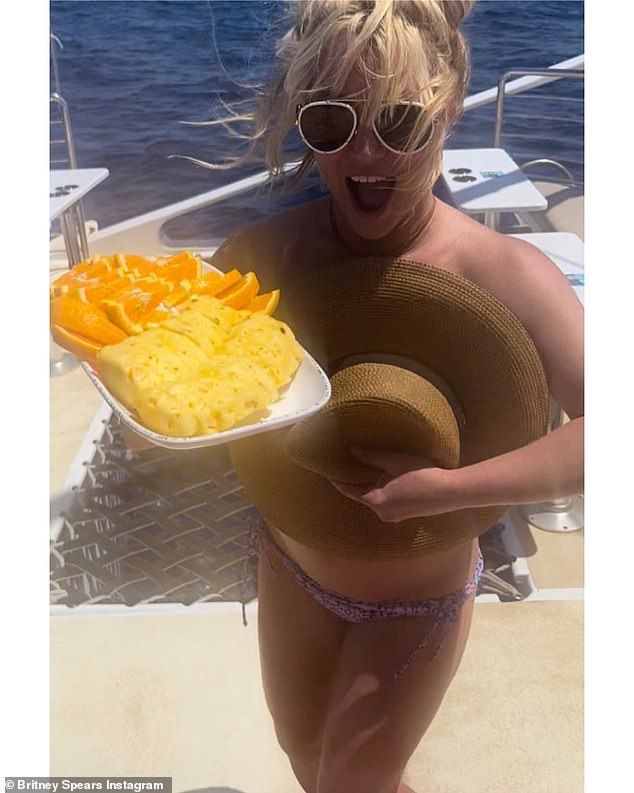 Throwback: Britney recently enjoyed a summer trip on the water, and shared a few throwback snaps to show happy moments

The star also shared a photo series on her Instagram page on Tuesday, before discussing her initial dream wedding venue.

The music artist could be seen posing on a sailboat in the first photo, wearing a patterned bikini. She was holding a large sunhat and a tray of pineapple and orange slices. Wind could be seen blowing her bangs in front of her face.

Another picture showed the star in a similar pose, but holding another plate with an assortment of delicious fruit, such as berries and watermelon. 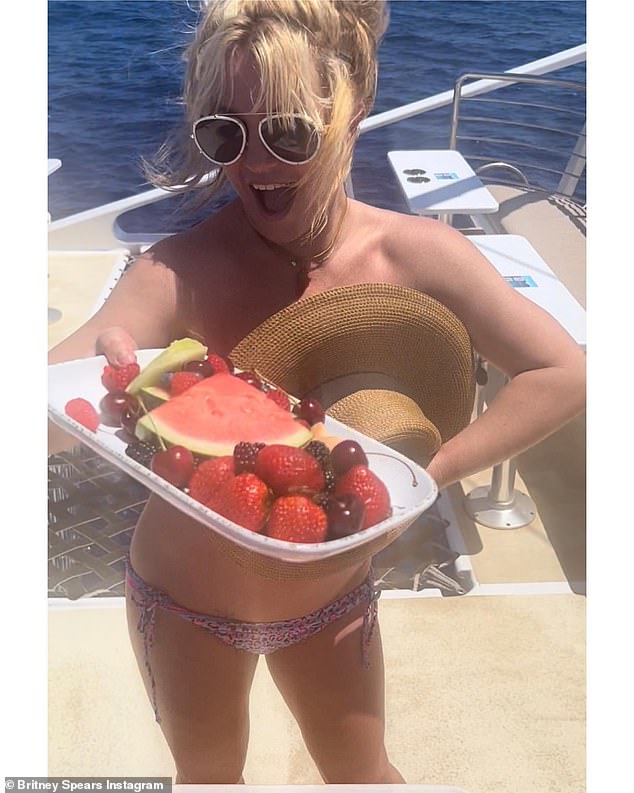 Having fun: Britney shared a few extra photos of her recent sailboat trip, with some snaps showing her holding trays of fruit 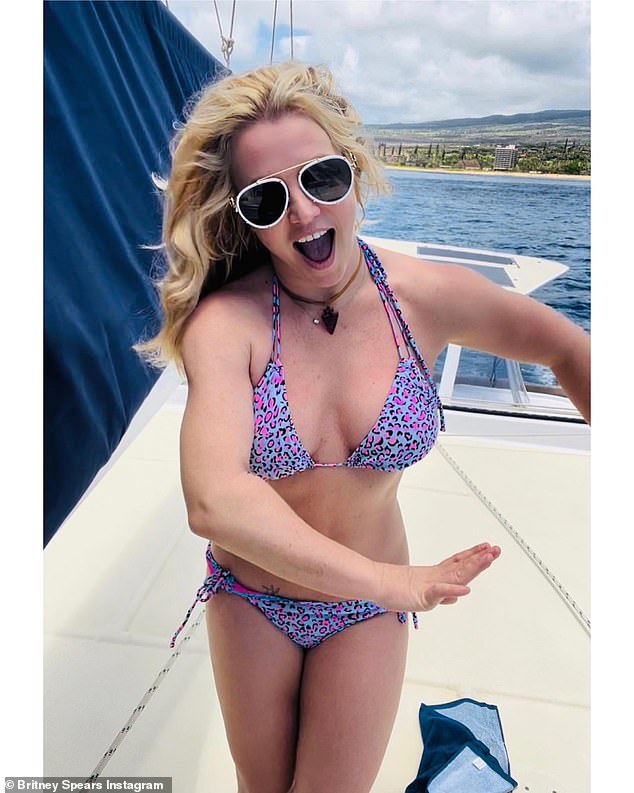 Big smile: The singer was seen having a blast as she enjoyed time away and relaxing on the water

Another snap showed Britney showcasing some of her skillful dance moves on the boat.

At one point, the star was pictured taking a dive into the wavy, blue water to cool off during the hot, summer day.

The pop singer appeared to be having the time of her life as she enjoyed a short getaway.

She added a caption to the adorable photo series, ‘Reflecting back. Cute right ??? My first time sailing !!! It was actually one of the best experiences of my life … and for 2 hours!!!!’

Britney added a few different emojis, such as a sailboat, fish, flowers, and a winking face. 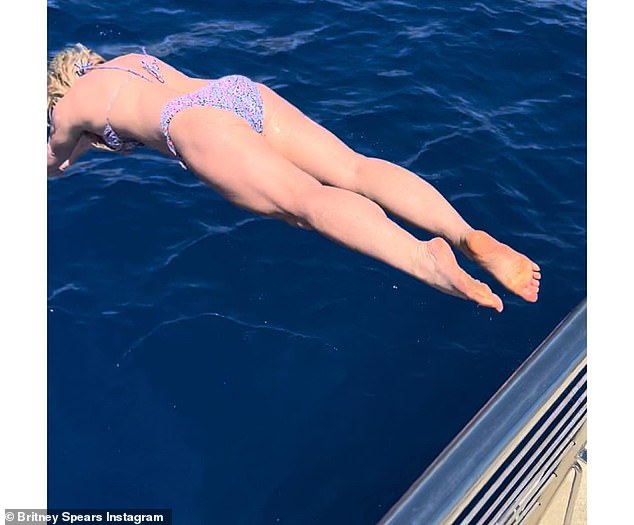 Quick splash: To cool off, the beauty shared a photo of herself diving into the deep blue water 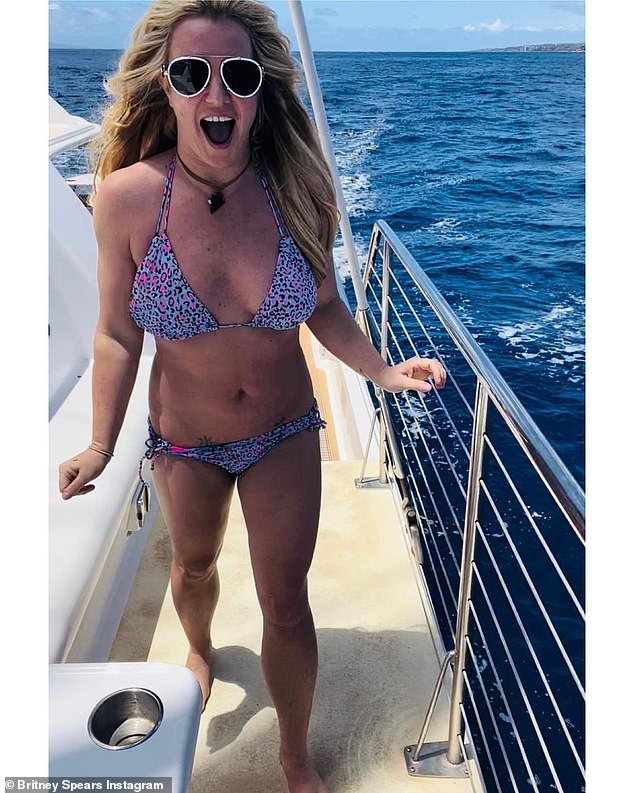 Fun in the sun: Britney could be seen with an excited expression her face as the boat quickly sailed on the water

Britney has finished her much-anticipated, tell-all memoir, which originally had a potential release date for January. However, due to a paper shortage, the release has been delayed, reported TMZ.

It has also been confirmed that the singer has recorded a duet with icon, Elton John, titled, Tiny Dancer. The song is set to be released next month by Universal Music.

According to Entertainment Tonight, Paris Hilton, a guest at Britney’s wedding, was beyond thrilled about the track.

‘It’s gonna be iconic,’ she revealed in an interview with Paul Barewijk. ‘I just heard it a couple days ago in Ibiza and it is, it’s insane.’ 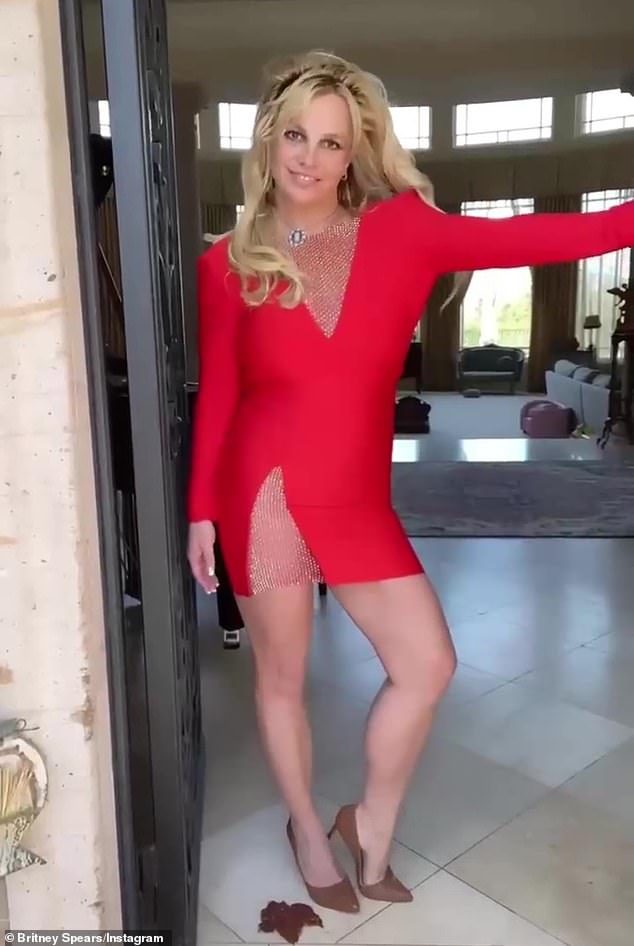 New hit in the making: Britney and Elton John recorded a duet together titled, Tiny Dancer, which is set to be released next month