It appears as though Britney Spears has caught a flight out of Los Angeles to Hawaii.

On Wednesday, the seemingly exuberant pop princess took to Instagram and dropped an exercise video showing her put on a workout exhibition where she revealed she was in Maui.

‘Warming it up in Maui !!! Literally smiling and glowing !!!’ the Piece Of Me star, 40, confessed in the caption of the sped-up clip that shows her flaunting her womanly curves, adding, ‘When I come here and workout … it’s the best day ever !!!’

Social media butterfly: Britney Spears confessed she was ‘smiling and glowing’ during a workout in the gym in Maui, Hawaii that she documented on Instagram on Wednesday

She continued: ‘Pssss you have to understand I’m excited to be out of my house so I love dancing in the gym !!!!!’

Returning to one of her favorite pastimes since going on hiatus from performing, Brit showcased her fab figure on the social media platform in skimpy black shorts and a red crop top. 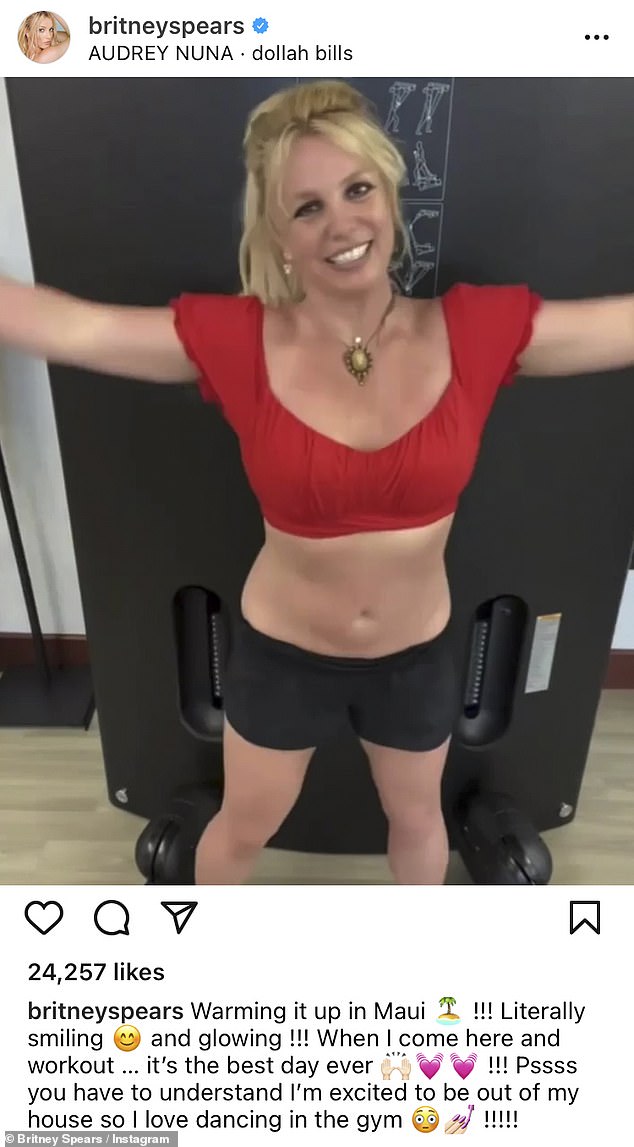 ‘Literally smiling’: The Toxic star shared about the benefits she receives every time she goes to the Maui gym and works out 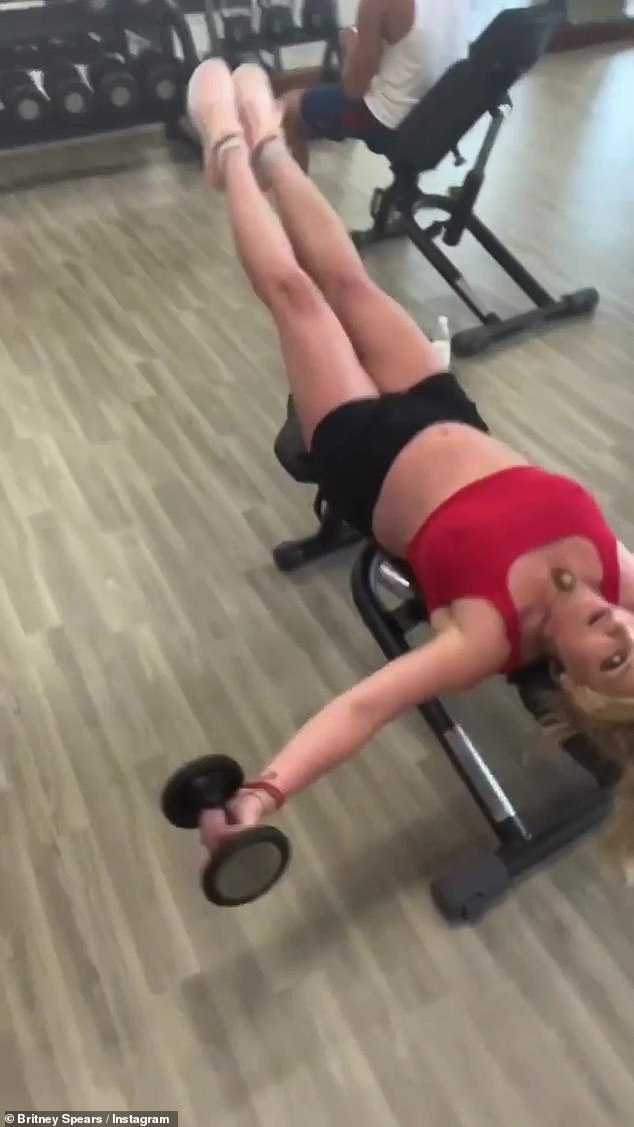 With Audrey Nuna’s catchy groove song Dollah Bills playing into the video, Brit went from routine to routine in the clip, which was notched up to a higher speed 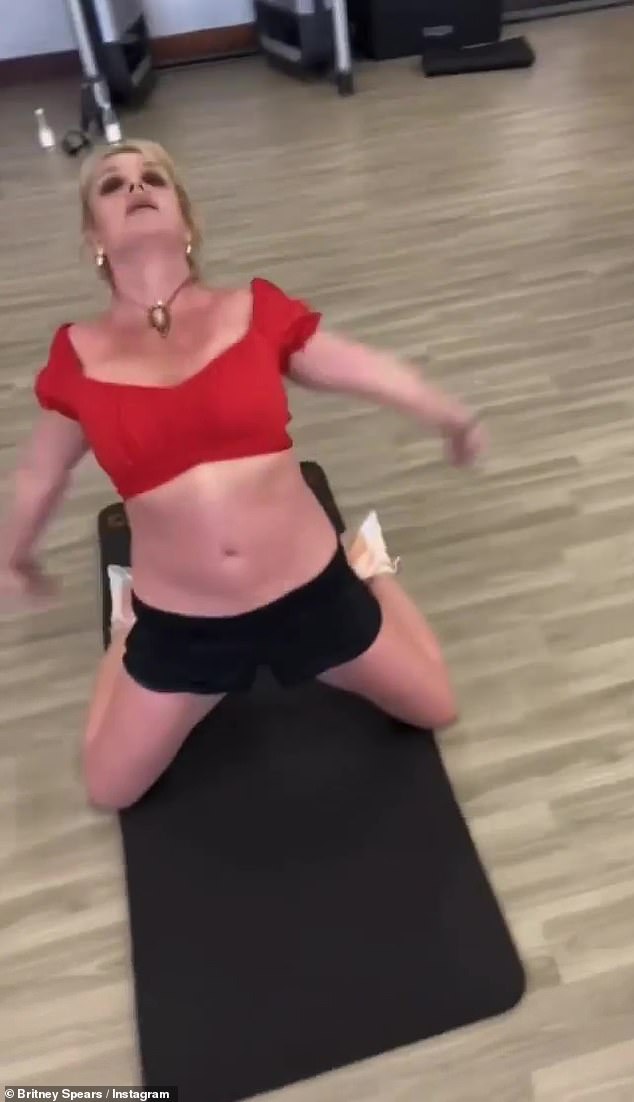 Sporty: The Stronger singer showcased her midriff in skimpy black shorts an a red crop top 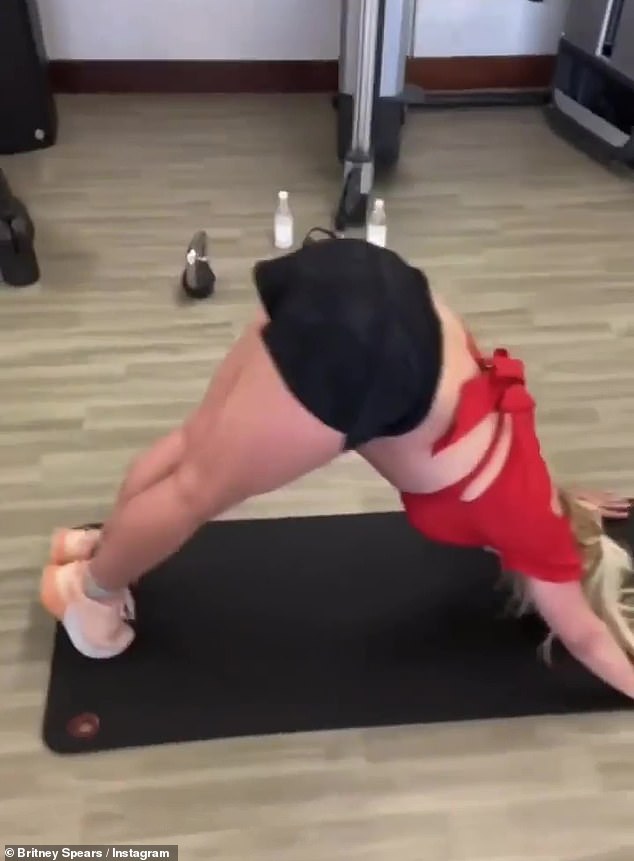 Baby got back: There were various stretching and Yoga poses on a floor mat

The video begins with the pop princess working on her shoulders on a wire machine.

From there, Spears was seen running on a treadmill, and then laying on her back doing a double routine that sculpts her stomach and chest by doing leg raises and barbell flies at the same time.

Appearing to add a little more speed and quick edits to the look of the video, the Toxic singer would do more sets, on the varying machines, in the gym.

At one point, she shifted from playful to flirty and rolled the waistline of her shorts down an inch or so, and then shift her hips from side to side, all while flashing a happy stare.

She ended this part of the exhibition by busting out with a couple of peace signs with her fingers. 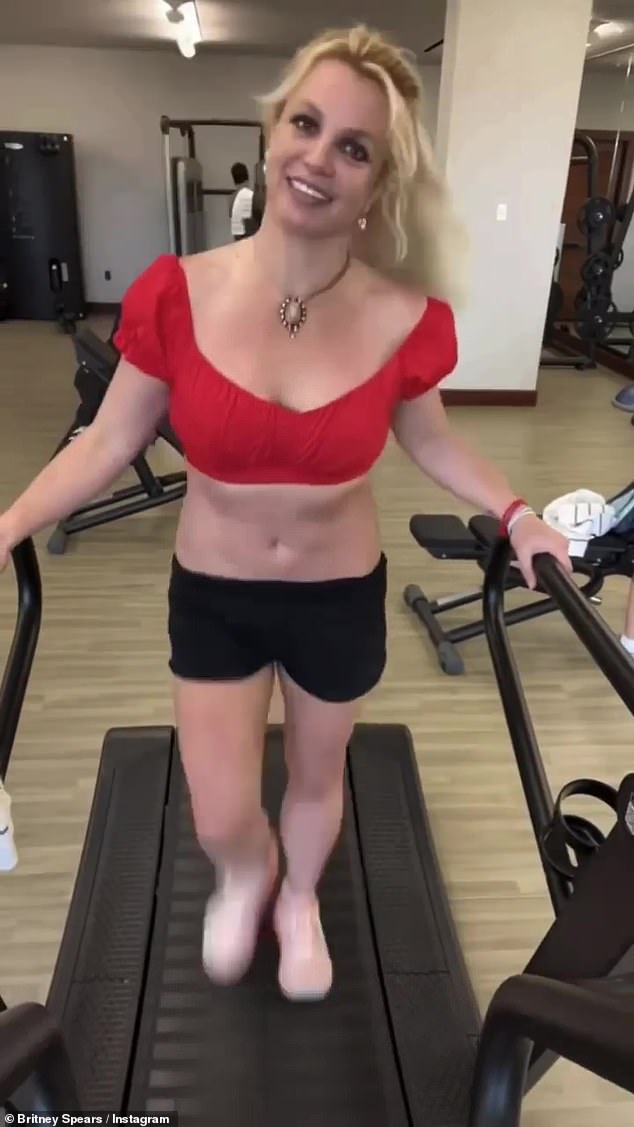 Flirty: The Toxic star went from playful to flirty when she rolled her shorts down an inch or so 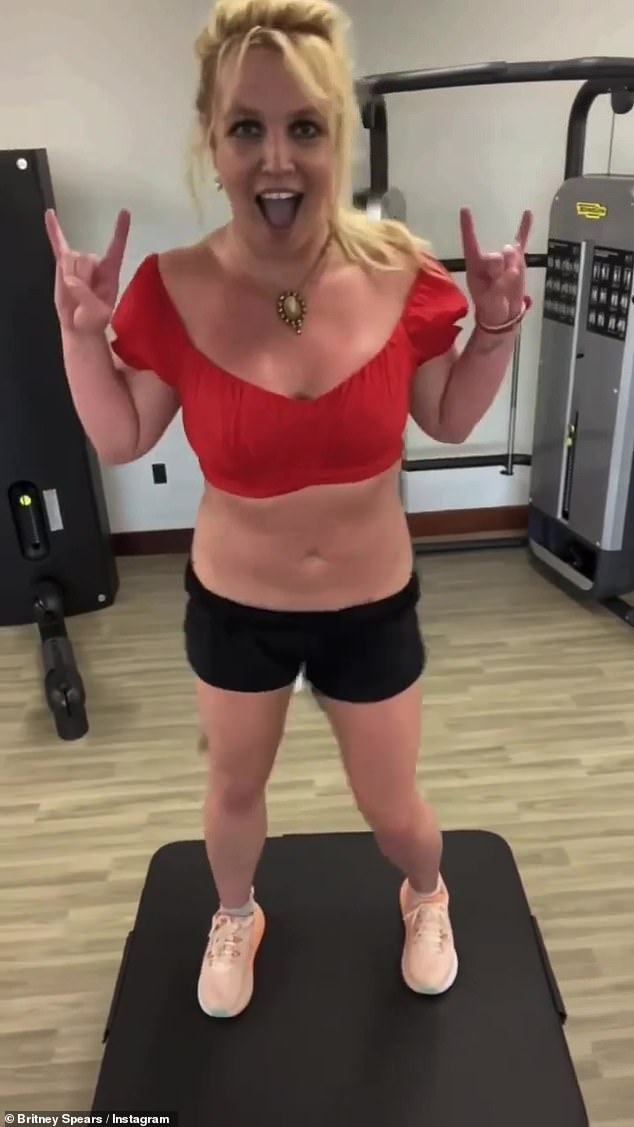 World peace: She ended this part of the exhibition by busting out with a couple of peace signs with her fingers 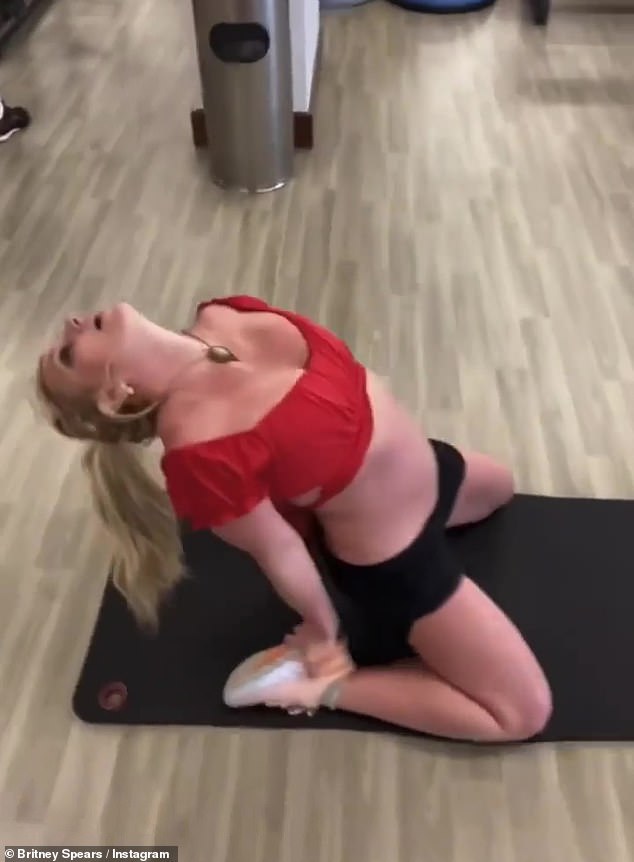 Paradise: The Mississippi native has made a habit of spending time in Maui in recent times, which included a visit with her fiancé Sam Asghari in early February 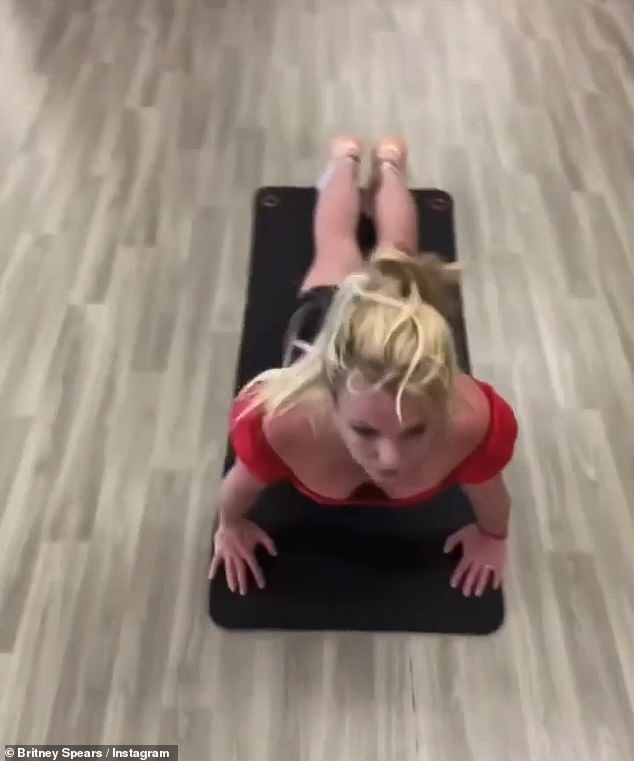 Socializing on Instagram: Spears has taken to Instagram and posted workout and dance routine videos since going on hiatus from performing in the recent years

It looks as though Spears’ fiancé Sam Asghari stayed back home in Los Angeles.

Like his ladylove, he took to Instagram and posted images from his workout, which he tagged the gym Unbreakable Performance Center in West Hollywood.

The actor, personal trainer, and overall exercise enthusiast revealed that it was ‘back day’ by showcasing himself doing a routine designed to sculpt his back muscles. He also got in some boxing with a trainer who worked the hand mitts with him.

Afterwards, he rounded out the workout with some time in an infrared room and a steam room: ‘It’s amazing what you can do with temperature therapy,’ she gushed.

The couple went public and announced their engagement in September 2021 after about five years of dating. 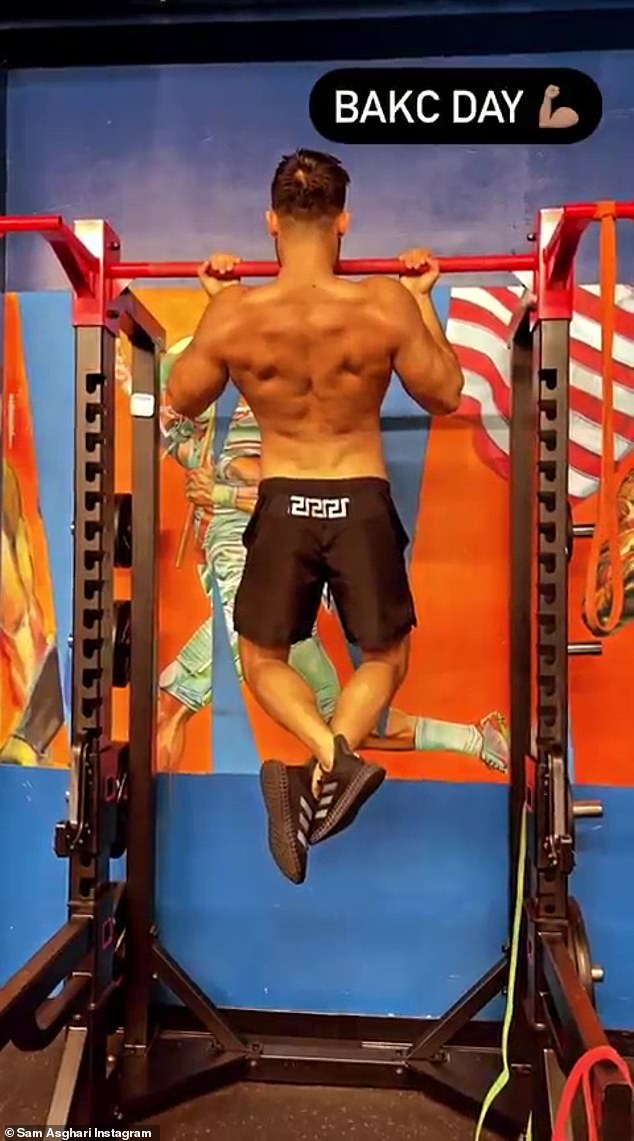 Flying solo: It looks as though Spears’ fiancé Sam Asghari stayed back home in Los Angeles 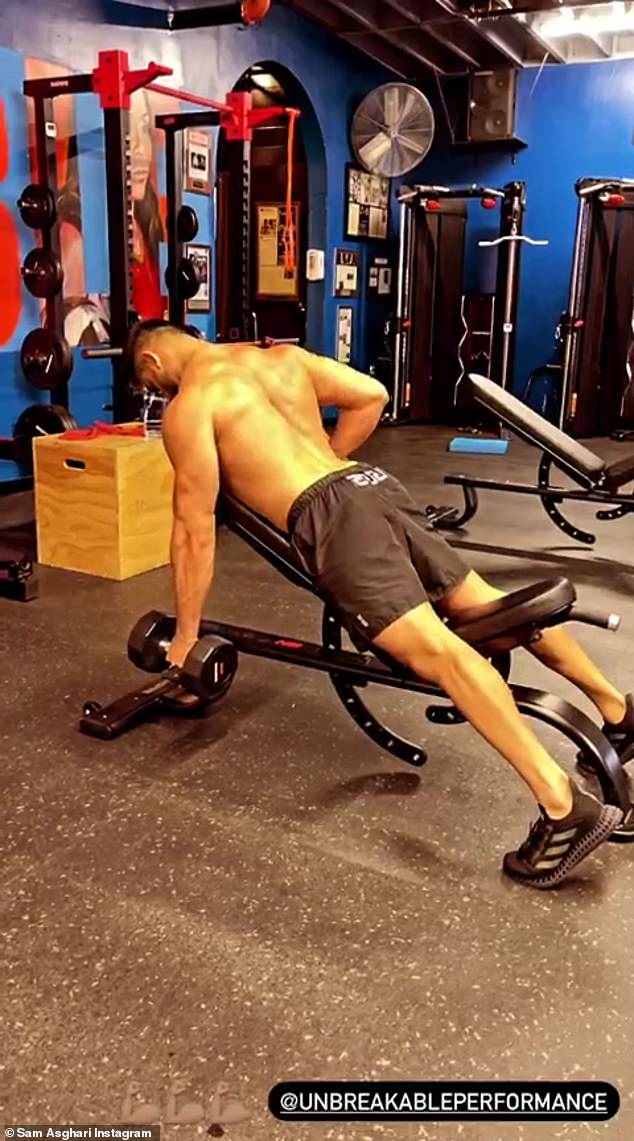 Hitting it hard: Like his ladylove, the 28-year-old took to Instagram and posted images from his workout, which he tagged the West Hollywood gym, Unbreakable Performance Center 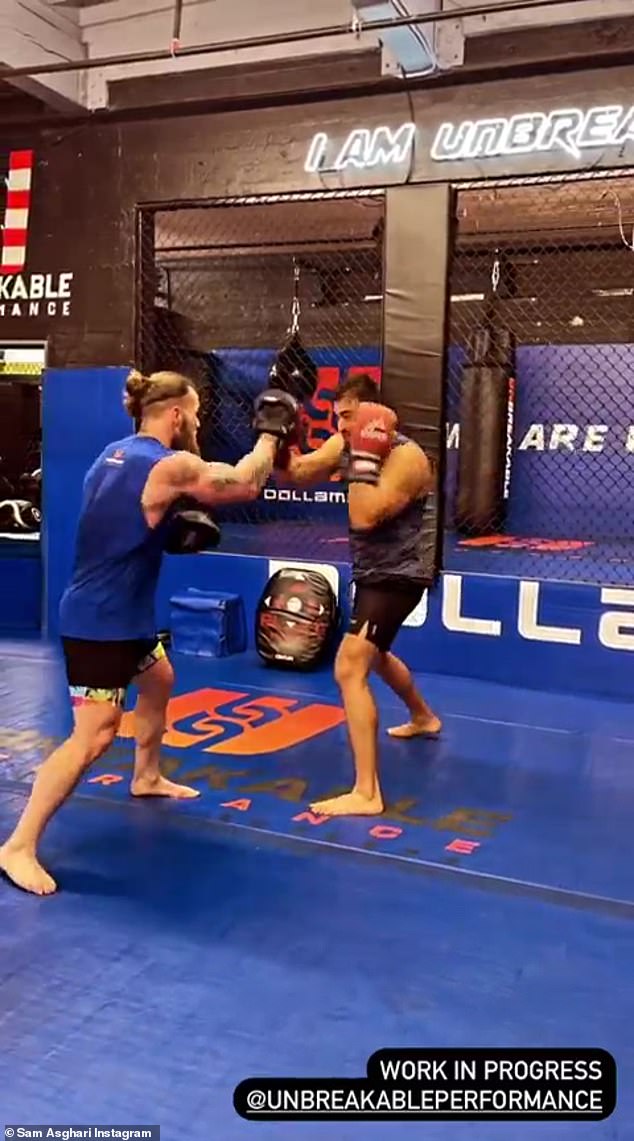 The sweet science: Asghari also got in some boxing with a trainer who worked the hand mitts with him at the gym 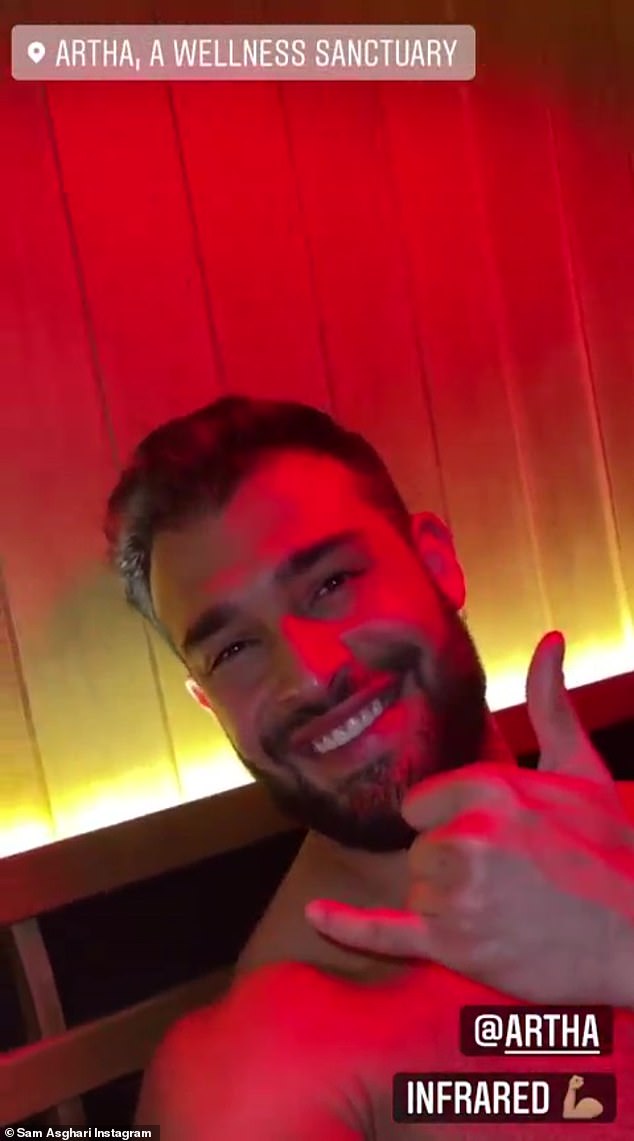 Rounding it out: The exercise enthusiast was all smiles when he finished up his workout at the gym in Los Angeles with some time in an ‘infrared’ room 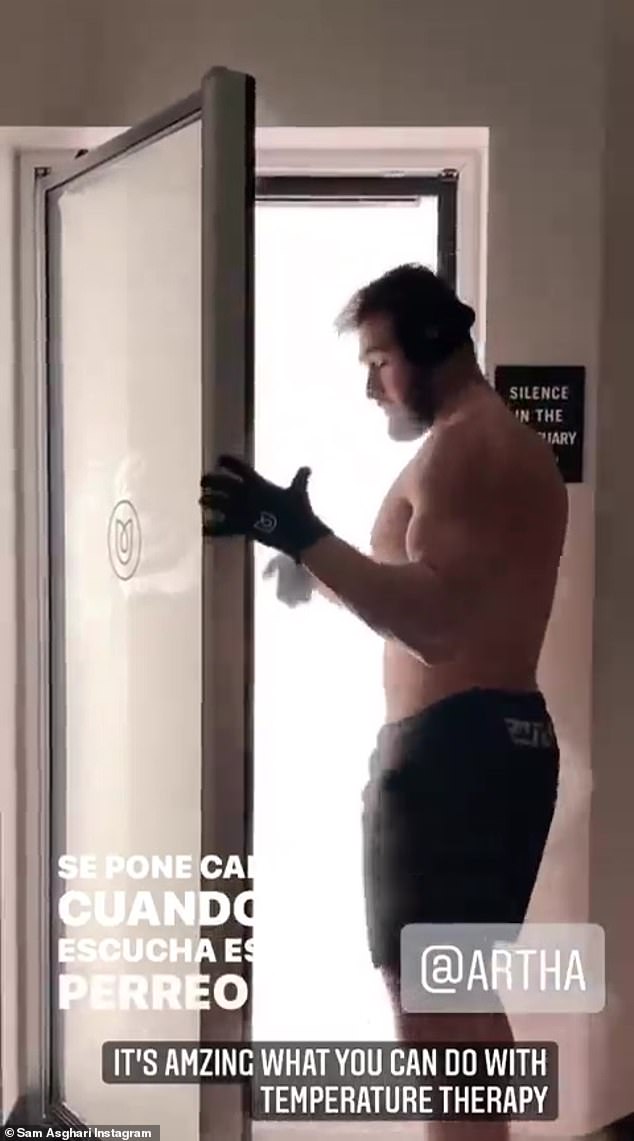 Sweating the toxins: Asghari also rounded out the grueling workout with time in a steam room; he and Spears announced their engagement in September 2021