By Aisha Nozari For Mailonline


They’ve been dating since January 2020.

And Brooklyn Beckham’s low-key fashion sense appears to have rubbed off on Nicola Peltz, with the actress donning a near-identical pair of jeans to her fiancé when they stepped out in LA on Thursday.

The pair, 22 and 27 respectively, both cut typically trendy figures when they were seen leaving Matsuhisa towards the end of the working week. 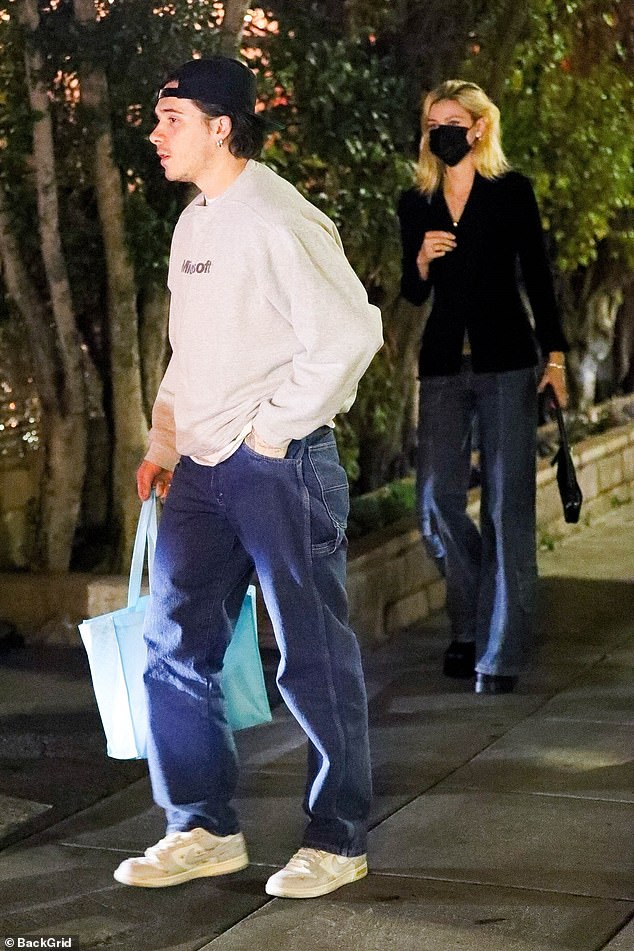 Outing: Brooklyn Beckham, 22, and his fiancée Nicola Peltz wore near-identical jeans when they grabbed a bite to eat in LA on Thursday

Blonde bombshell Nicole teamed her denim with a partially unbuttoned black cardigan and added height to her frame in chunky black boots.

She wore her glossy hair loose and covered her nose and mouth with a black facemask.

Brooklyn, meanwhile, paired his jeans with a white sweatshirt and trainers.

It comes a day after the loved-up duo were spotted leaving Craig’s in West Hollywood with enormous Pikachu balloons. 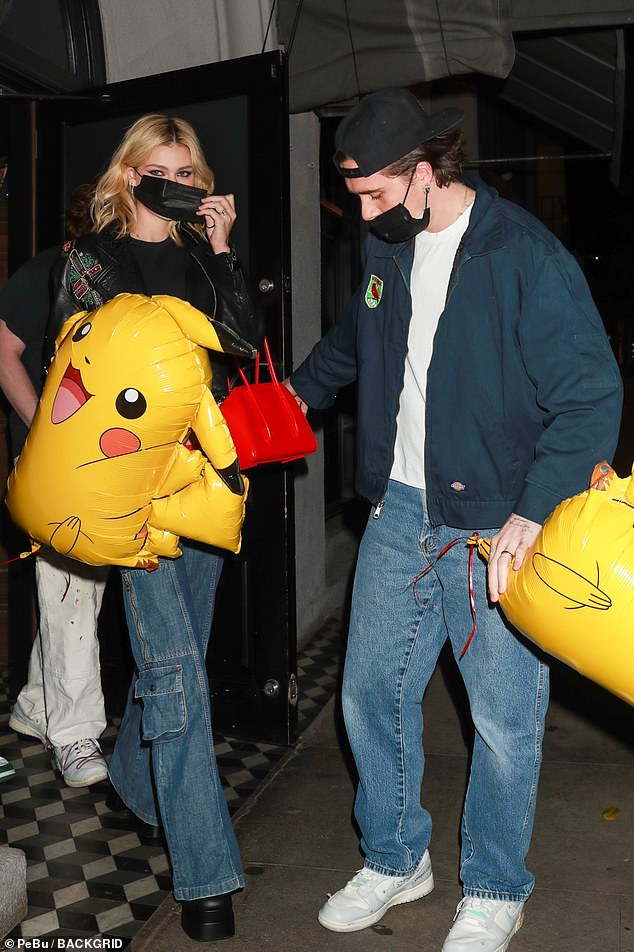 Balloons in tow: It comes a day after the loved-up duo were spotted leaving Craig’s in West Hollywood with enormous Pikachu balloons 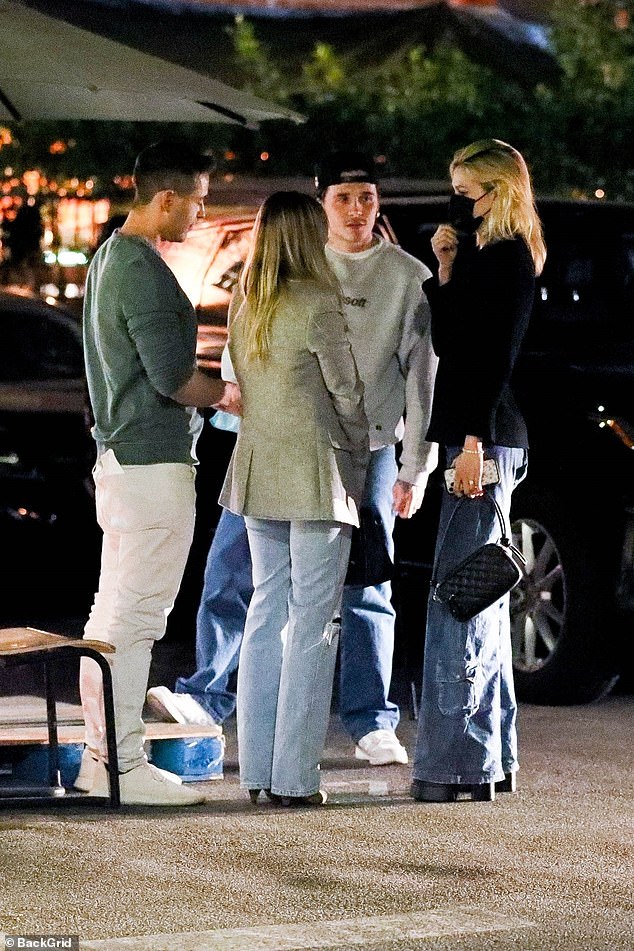 Evening out: Brooklyn and Nicola chatted to pals outside the restaurant

Brooklyn and Nicola appeared in high spirits as they left the hotspot after a cosy date night.

Beckham, the son of soccer legend David Beckham and Victoria ‘Posh Spice’ Beckham, is best known as a model and photographer.

His fiancee Peltz burst onto the acting scene as a teenager in 2010’s The Last Airbender.

She also starred in the A&E TV series Bates Motel.

Nicola will also next be seen playing the title character in the new film Lola James, which also marks her writing and directing debut. 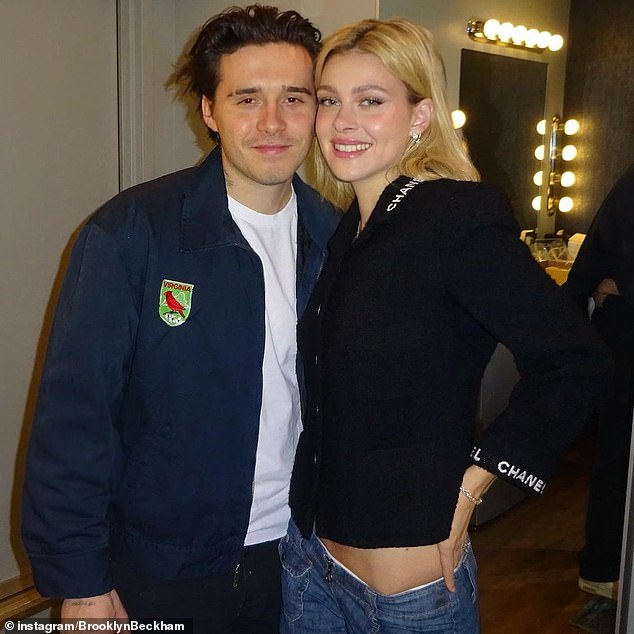 Young love: Brooklyn and Nicola have been an item for two years – going public with their romance in January 2020