Cassie opens up about posing in underwear for Kim Kardashian’s SKIMS line: ‘I’ve come to a place of loving my body’

Cassandra Ventura, the model and singer better known as Cassie, has opened up about body acceptance.

Speaking to Page Six about her recent partnership with Kim Kardashian’s line of undergarments, SKIMS, the entertainer, 36, said she was ‘excited’ to take part.

‘I’ve also come to a place of loving my body for all that it’s done for me and my family and embracing it for what it is,’ she added. ‘I think that this campaign celebrates that.’ 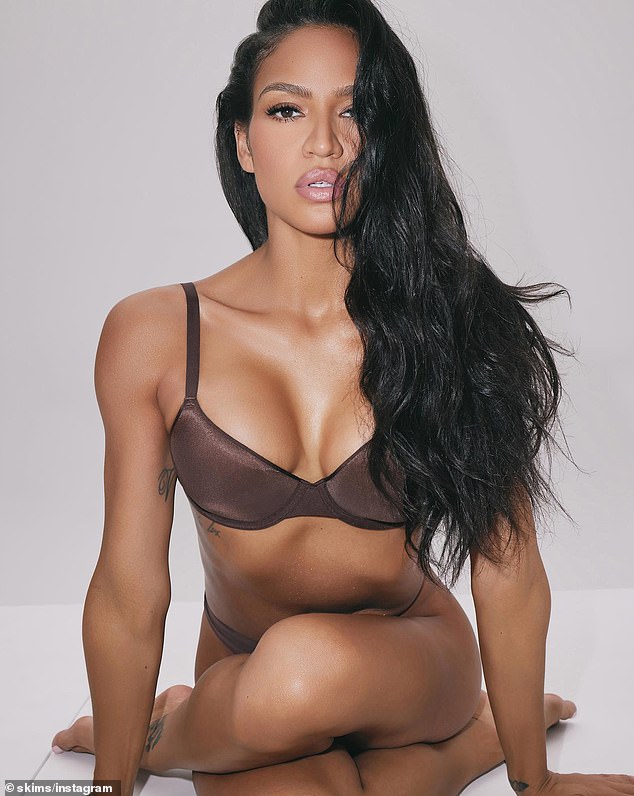 Confident! Cassie opened up about body acceptance and posing for SKIMS, telling Page Six she loves her body

Earlier this month the Me & U singer stripped down to neutral-colored bras and underwear for the widely successful brand.

She joined the likes of Chelsea Handler, Juliette Lewis, and Brooke Shields for one of the latest campaigns.

About shedding her clothes for the stunning photos she told the publication, ‘I was honestly just so excited to be asked to be a part of [it], it barely crossed my mind.’

And looking back on the photo session she noted, ‘The shoot day was on my birthday, and I had a wild day of travel, but I made it, and everyone was great to work with.’ 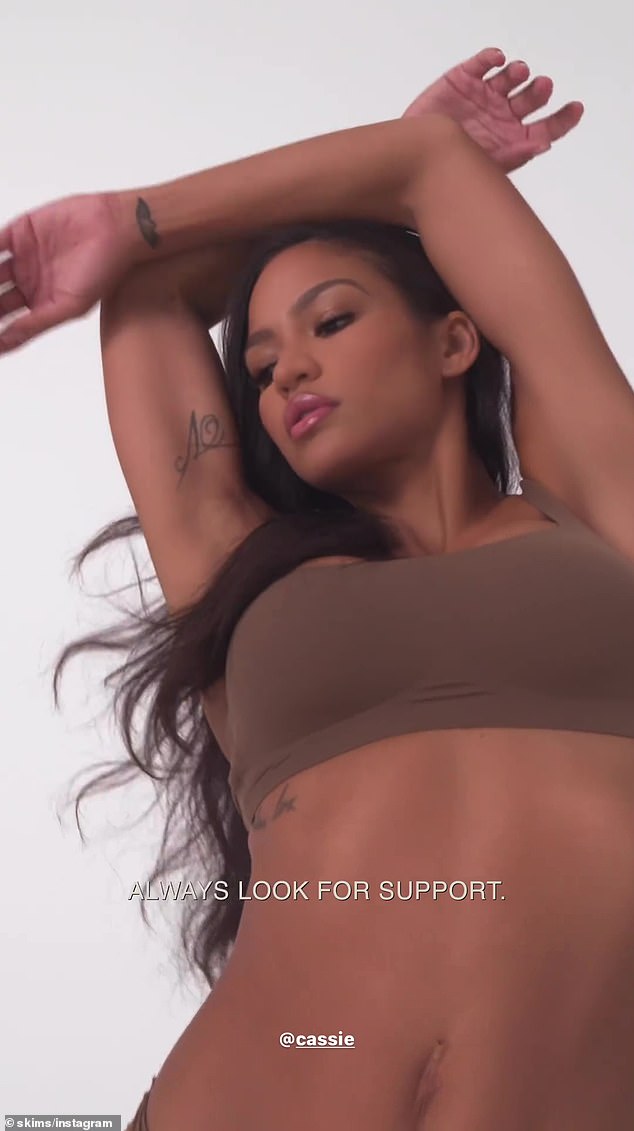 Excitement: Speaking about her recent partnership with Kim Kardashian’s line of undergarments, she said she was ‘excited’ to take part

After dating producer, rapper, and business mogul Diddy for eleven years, Ventura went on to marry Fine in 2019.

Kardashian recruited Cassie for No Show collection of mesh bra, which will be available on Tuesday, September 27.

In addition to bra and underwear sets, Cassie also slipped into a pair of sheer black tights that showed off her stunning legs.

Her long, dark hair was styled in natural-looking voluminous waves that spilled down to her trim waistline.

Her makeup was soft and dewey, accentuating her gorgeous features, including her plump pout. 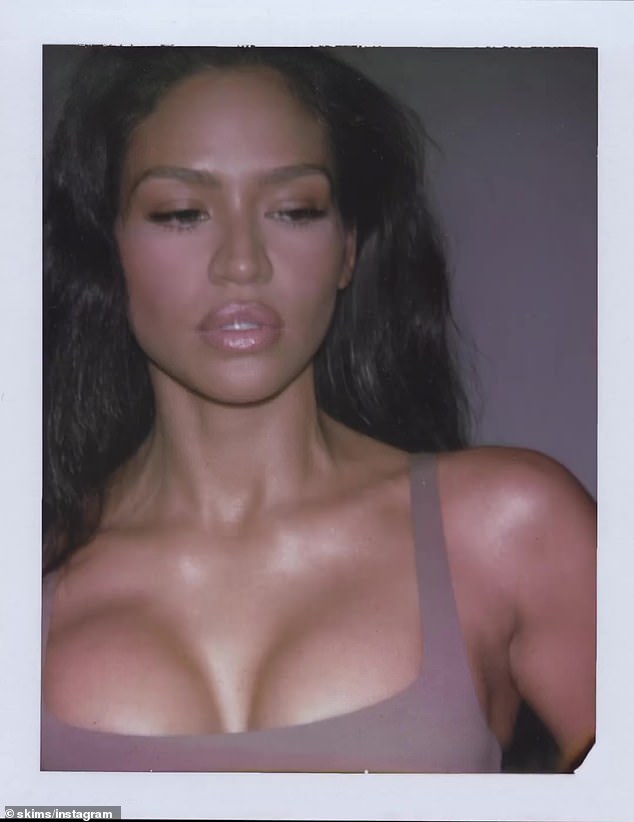 Stunner: Her makeup was soft and dewey, accentuating her gorgeous features, including her plump pout

About her casual, at-home style, the star revealed, ‘I like to wear certain things around the house even if it’s not a sexy time.

‘Nothing crazy, maybe just a bra and boxers or a romper. It just makes me carry myself different and feel a different confidence,’ she elaborated.

And as a new mom and newlywed she noted to Page Six Style, ‘[Alex and I] also make sure to carve out time with each other.

‘It’s difficult with two toddlers, but we make it work. It’s just sexy no matter what when we get that time, because we have to work for it!’