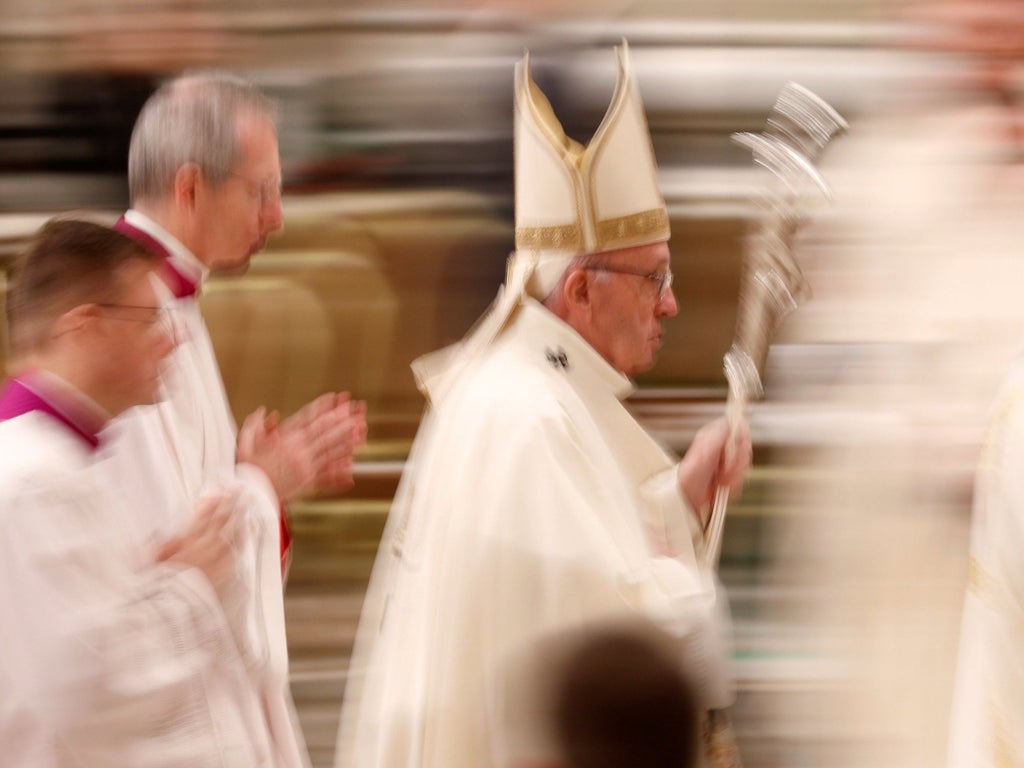 A Catholic school in Michigan has gone to to argue that forcing students to wear masks is an infringement on religious freedom as it hides faces made in God’s image.

Resurrection School in Lansing and two parents, filed the lawsuit last October arguing that mask mandates in the midwestern state violate the US Constitution, state law and Catholic doctrine.

All Covid-19 restrictions including rules on wearing masks were lifted by Governor Gretchen Whitmer in June.

But the case, which legal experts say hinges on whether the school’s religious beliefs are “sincerely held” was still due to proceed.

In their filing, Resurrection School, Christopher Mianecki and Stephanie Smith said the orders requiring students in the state to wear masks required the school and families to “either violate their sincerely held religious beliefs or face criminal prosecution.”

“In accordance with the teachings of the Catholic faith, Resurrection School believes that every human has dignity and is made in God’s image and likeness,” the lawsuit stated.

“Unfortunately, a mask shields our humanity. And because God created us in His image, we are masking that image.”

Masks hindered students’ ability to communicate, caused breathing difficulties, made them anti-social and prevented relationships from forming, they argued.

Face-coverings also disrupted an “essential element” of the Catholic faith; that people’s relationships mirror the connection between God, Jesus Christ and the Holy Spirit.

It also argued the mandate was “a symbol of oppression and an attempt by the government to control the citizenry”.

M Therese Lysaught, a professor at the Neiswanger Institute for Bioethics and Health Policy at Loyola University Chicago, told the Washington Post that the concept of humans being created in God’s image was central to Catholicism.

She argued another central tenet to the faith was doing everything they could to “promote the life and health and flourishing of every other human person”.

“We will wear masks to do that,” she told The Post.

In December, the school’s motion for a preliminary injunction to halt the state’s mask mandate was denied by a judge from the Western District of Michigan.

Other legal scholars told The Post that the key point of law for the judge at the U.S. Court of Appeals for the Sixth Circuit to consider would be whether Resurrection School’s beliefs were sincerely held.

Six of the nine current justices on the US Supreme Court are Catholic, and recent decisions suggest the country’s highest court is looking to assert religious freedoms in marginal cases.

In June, the Supreme Court unanimously overturned a ruling by a lower court that allowed Philadelphia to ban Catholic Social Services from participating in the city’s foster care programme.

They concluded the city violated the organisation’s First Amendment rights.

Championship will be as unpredictable as ever, Sheffield United’s Ben Osborn claims