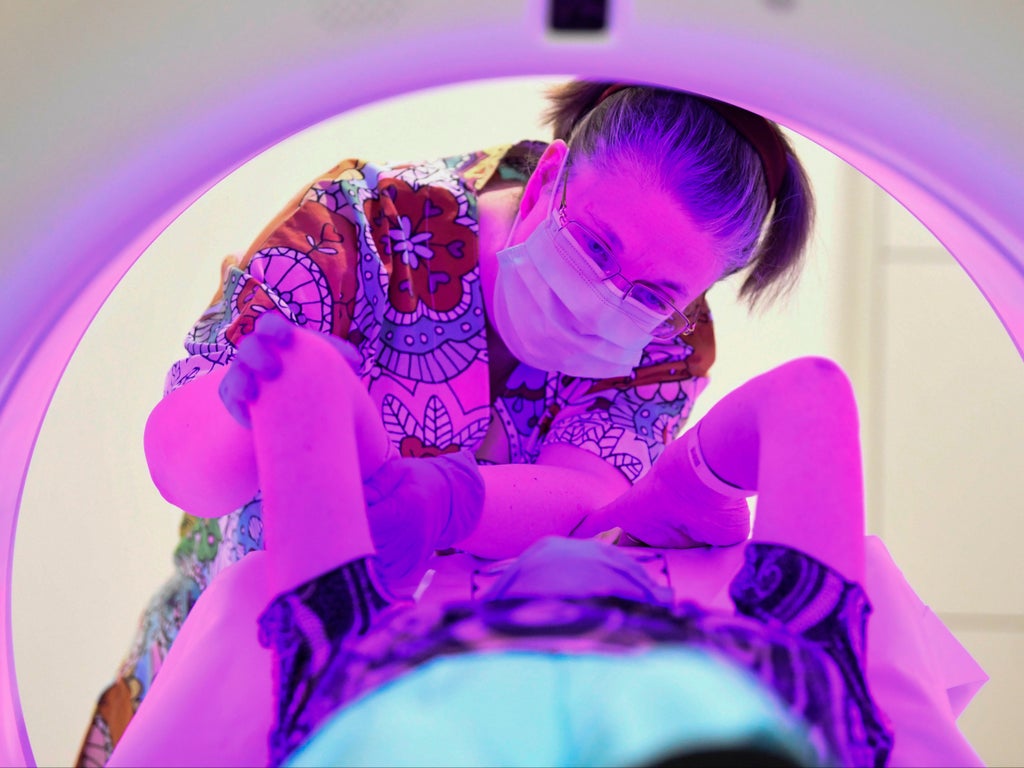 Almost 50,000 people with cancer have not been diagnosed because of the pandemic and its toll on the NHS, a charity is warning.

Macmillan Cancer Support said the scale of the cancer care backlog has “still to hit the NHS” and suggested that early signs of improvement in clearing the backlog over summer may have stalled.

Further disruption from Covid-19 this autumn and winter could lead to the number of missing diagnoses increasing even more, the charity fears.

Macmillan estimated that more than 47,000 people in the UK were “missing” a diagnosis, based on the difference between numbers diagnosed each month in 2019 and those since the pandemic began – nearly two years.

The charity said it was “deeply concerned” about how cancer services would cope when people eventually received their diagnoses.

It raised concern about a “severe shortage” of cancer nurses and estimated that the NHS in England would need to work at 110 per cent capacity for 13 months in a row to catch up with cancer treatments since March last year.

Steven McIntosh, executive director of advocacy and communications at Macmillan Cancer Support, said: “Nearly two years into the pandemic, there is still a mountain of almost 50,000 people who are missing a cancer diagnosis.

“Thousands more are already facing delays and disruption as they go through treatment.

“While hard-working healthcare professionals continue to do all they can to diagnose and treat patients on time, they are fighting an uphill battle.”

This month, new data revealed more than 5.8 million patients were waiting for routine surgery with the NHS in England by the end of September.

The number of urgent cancer patients who waited more than two weeks to see a doctor was the highest ever on record in September, as was the number of people who were left waiting more than a month for treatment.

Mr McIntosh said: “Cancer patients are stuck, waiting in a system that doesn’t have the capacity to treat them fast enough, let alone deal with the backlog of thousands who have yet to come forward.”

“The government has promised an NHS Elective Recovery Plan. This must show how it will tackle spiralling pressures on cancer services.

“It has never been more crucial to boost NHS capacity to treat and support everybody with cancer, so people receive the critical care they need now and in the years to come.”

A Department of Health and Social Care spokesperson said cancer diagnosis and treatment was an absolute priority and that nearly half a million people were checked for cancer in August and September this year – “some of the highest numbers ever”.

“We remain committed to delivering our long-term plan for tackling cancer, and have backed the NHS with record investment, including £2bn this year and £8bn over the next three years, to deliver an extra nine million checks, scans and operations for patients across the country,” they added.

“Most cancer services are back to or above pre-pandemic levels, and the latest NHS figures show a reduction in the number of patients waiting for a diagnostic scan for the first time this year, meaning more people are now getting the checks they need.”

One in 65 people had Covid in England last week as cases started to rise again, official data shows