Cheer's Maddy Brum, 19, is HIT by a car while crossing a street as she shares update from hospital

‘I feel blessed to be alive’: Netflix Cheer star Maddy Brum, 19, reveals she was hit by a CAR going 30MPH while crossing the street as she shares image of herself recovering in hospital

By Nola Ojomu For Dailymail.Com

Cheer star Maddy Brum has revealed she was hit by a car going 30MPH while crossing the road this week in a scary accident that landed the teenager in hospital.

The 19-year-old, who shot to fame while starring in the second season the Netflix reality show that follows Texas-based cheerleading squad Navarro, took to Instagram to share an image of herself recovering in the hospital, while opening up about how ‘blessed’ she feels that she didn’t suffer more severe injuries.

‘I’m feeling extra blessed today,’ she wrote alongside a photo of herself lying in her bed in the ER. ‘Blessed to be alive and blessed to be surrounded by people who give me nothing but happiness and comfort. 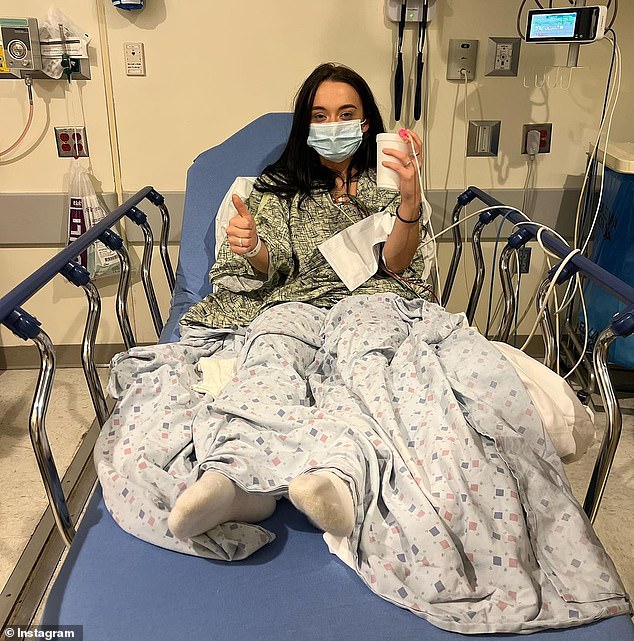 Close call: Cheer star Maddy Brum revealed she was hit by a car while crossing the street in Kansas City 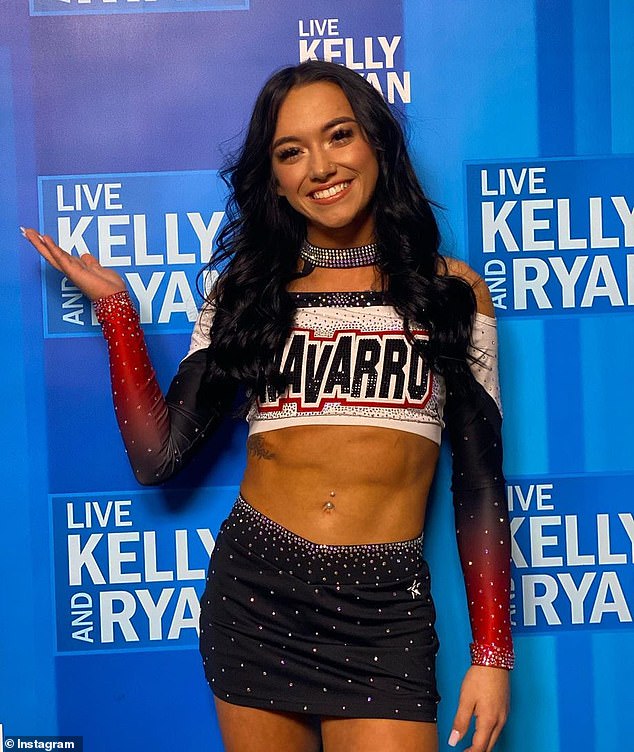 Scary moment: The cheerleader is currently recovering after being taken to hospital for treatment

‘Two days ago, Angel, James, Jay and I were crossing the street at a cross walk, where a car turned and drove into me at 20-30 mph. Luckily, I only left with bruises and cuts on my body.’

The professional cheerleader continued: ‘Thank you to my people @amazingjamestho @qangel_rice @thejaykendrick for being by my side and making sure I was safe and okay. I have the bestest friends.

‘Thank you to @cheertourofficial for helping me at the hospital, as well as getting an orthopedic surgeon to make sure I was okay to still do what I love.’

In the images, Brum held up a cup of coffee and a thumbs up to the camera while wearing a face mask in the hospital bed. The next photo saw her getting a check-up from Angel Rice. 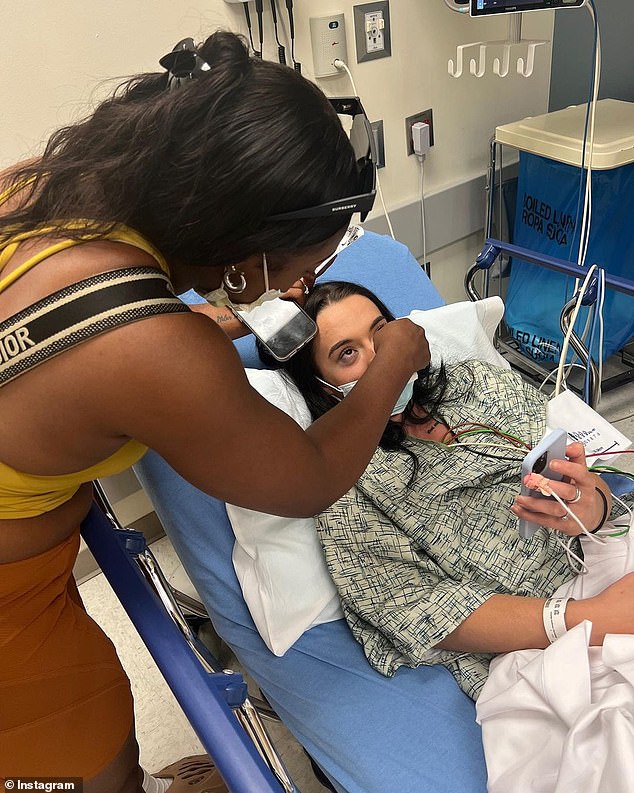 Concerned: The 19-year-old shared pictures of herself being checked out by fellow cheer star Angel Rice 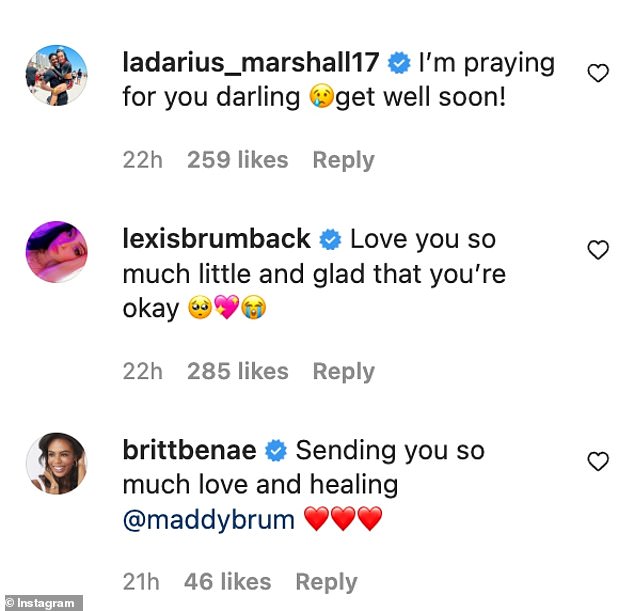 Love and support: Brum’s teammates and friends were quick to send their well wishes

The Navarro College cheerleader went on to insist she would continue with the ongoing Cheer national tour as she continued: ‘I will be doing the tour to the best of my ability for the next few shows.

‘I am so unbelievably thankful that I am still alive and still get the opportunity to do what I love.’

Until then, the star’s place is being filled by fellow Navarro cheerleader Deidra Lizette, who Brum also thanked ‘for being a ROCKSTAR and coming in on such short notice while I’m recovering.’

Brum’s Cheer teammates and her fans rushed to the comments section and sent their well-wishes. 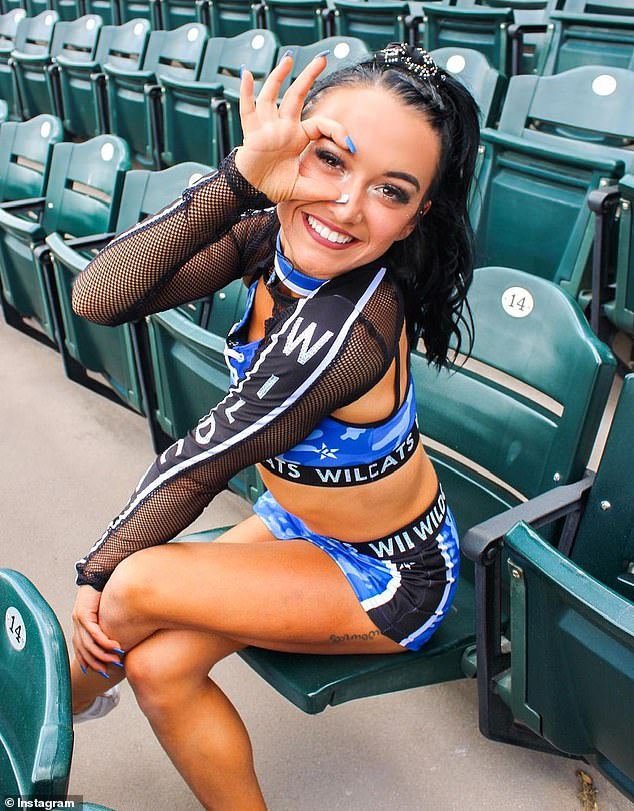 Eager to work: Brum made it clear she was hoping to return to work as soon as possible 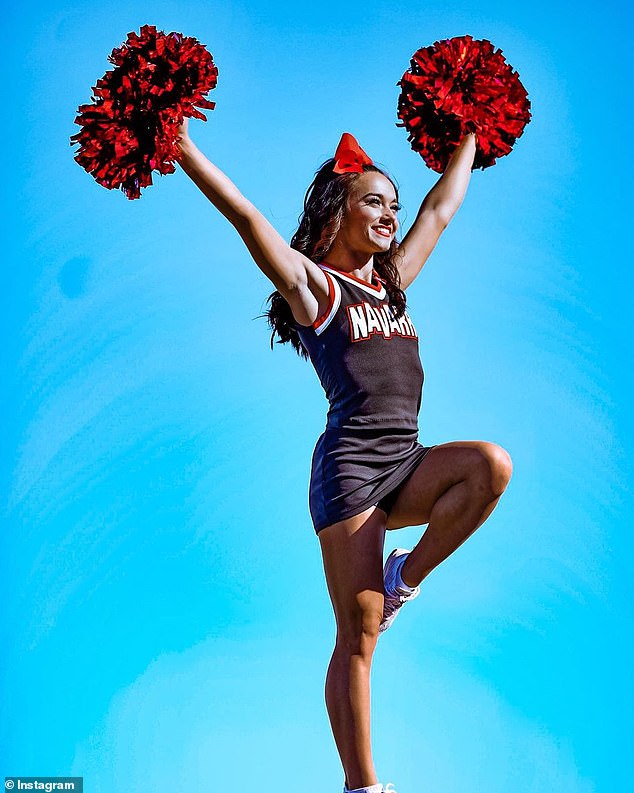 Let’s go: The famous cheerleading team is currently on their Cheer Live Tour

Gabi Butler wrote: ‘I love you, Madison! I got them guardian angels around you!’

The Cheer Live Tour will next make a stop at  Chicago over the weekend, and will continue through the summer. 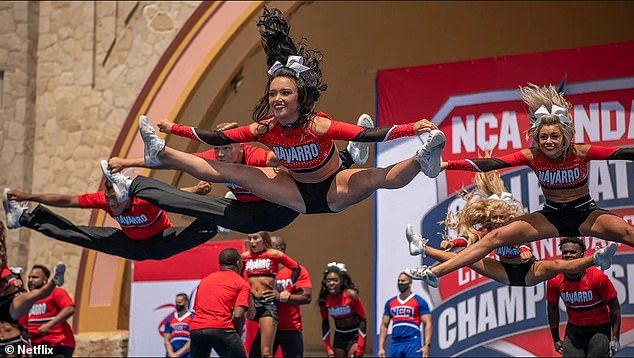 Celebrated talent: Fans across the nation have been enjoying live performances from the world famous team 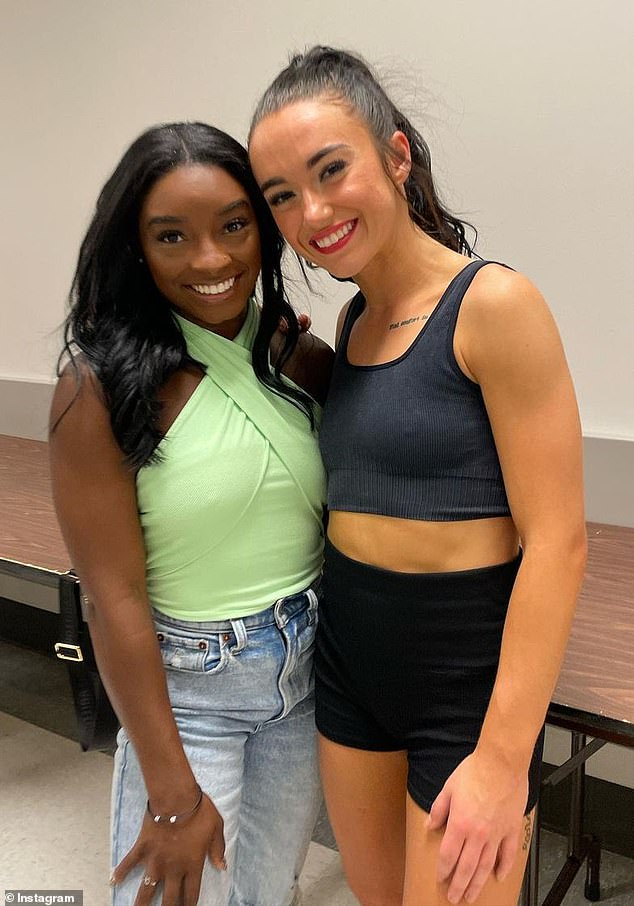 Coached by Monica Aldama, the cheer team has won an impressive 14 NCA national championship titles in their division.

The series following the trials and tribulations of the squad debuted in early 2020, quickly skyrocketing its profiled student-athletes to celebrity status and turning a lens on elite cheerleading.

The second season of Cheer is currently streaming on Netflix.

What IS diphtheria and how does the bug spread?