Cheryl Fergison has celebrated her 11th wedding anniversary with husband Yassine el Jamouni by sharing a loved-up snap on Instagram on Tuesday.

The actress, 56, could be seen smiling as she cosied up to her partner and peered over his shoulder.

Yassine, 35, flashed a broad grin as he looked towards the camera while wearing a black and white baseball cap and white shirt. 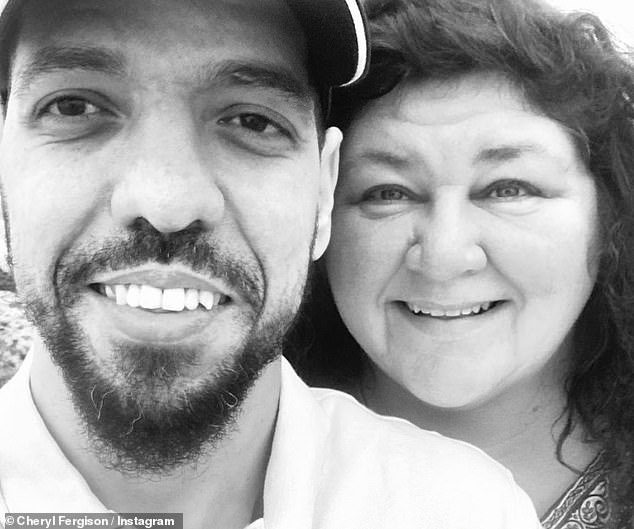 The former EastEnders star – who is known for having played Heather Trott on the soap from 2007 until 2012 – has previously spoken out for coming under fire for the 21-year age gap between her and Yassine.

She told The Mirror: ‘It seems to be quite cool for the men, like Mick Jagger, to date younger. 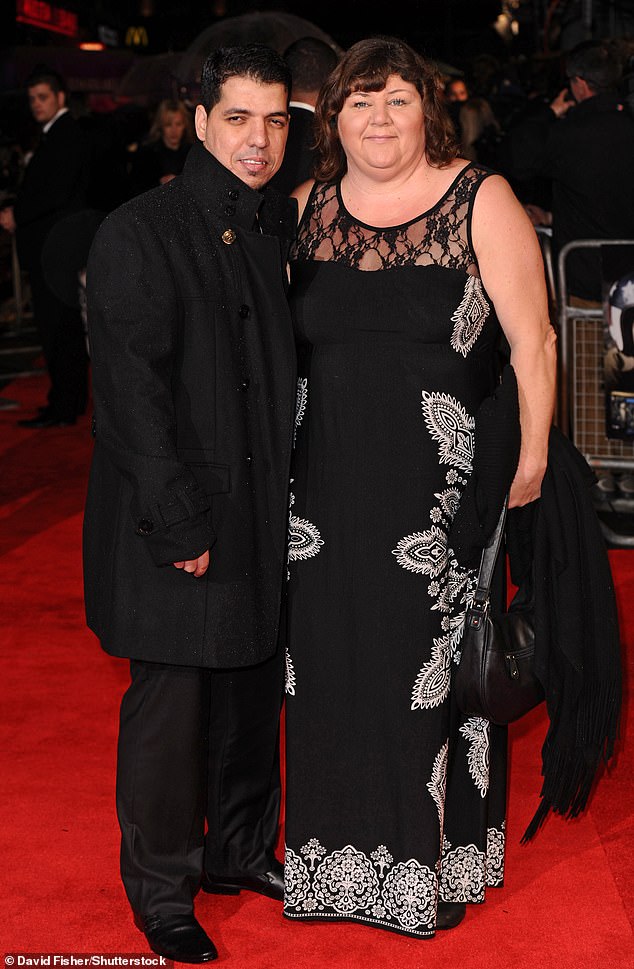 Clapping back: Cheryl- known for having played Heather Trott on EastEnders from 2007 until 2012 – previously spoke out for coming under fire for the couple’s 21-year age gap (pictured 2011)

‘But people don’t give any kudos to a woman dating someone younger, even though we’ve been together 11 years. Well we don’t care.

‘It really is absolutely water off a duck’s back to us now. I just feel sorry for them, that they need to criticise our life.’

She also Cheryl slammed claims she is ‘married to a goatherd from Morocco’.

The soap star, who has son Alex, 22, from her marriage to Jamshed Saddiqi, was shocked to hear Amazon’s listening device Alexa tell her that she was married to a goatherd.

She explained: ‘My son Alex asked his Alexa, “Tell me a fact about Cheryl Fergison.” And Alexa goes, “Cheryl Fergison is married to a goatherd from Morocco.”

‘Why’s that the first fact that comes up? And it’s wrong. We don’t have any goats. We’ve never had any goats near us! But that’s the first thing people say.

‘I find it really difficult to pin down why – There’s racism, sexism, ageism – all the isms are there when people talk about our relationship.’

Cheryl – who is now appearing as a satirical version of herself alongside comedy legend Catherine Tate in Netflix series Hard Cell – went on to explain that their relationship is often thought to be a ‘con’ because of the 21-year age gap and is frustrated that it is often seen as ‘cool’ for a man to date a younger woman, but not the other way round but ultimately ‘doesn’t care’ what others think. 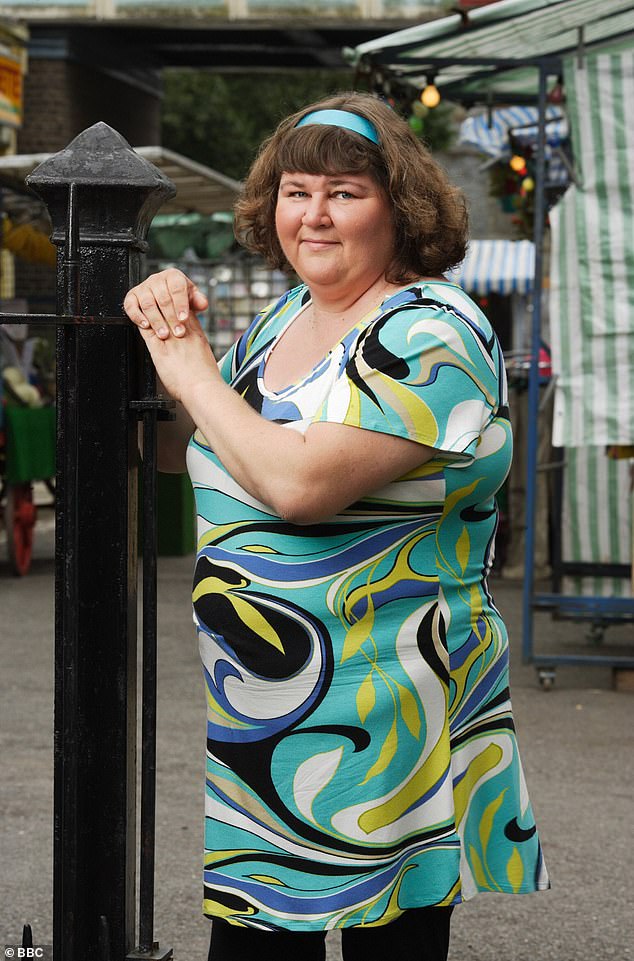 Throwback: Despite her on-screen character Heather Trott being unlucky in love, the actress enjoyed a whirlwind romance with her second husband after meeting him online in 2010 (pictured in-character)