'Child left with poo on leg!' Nursery sparks panic by sending list of mistakes to parents 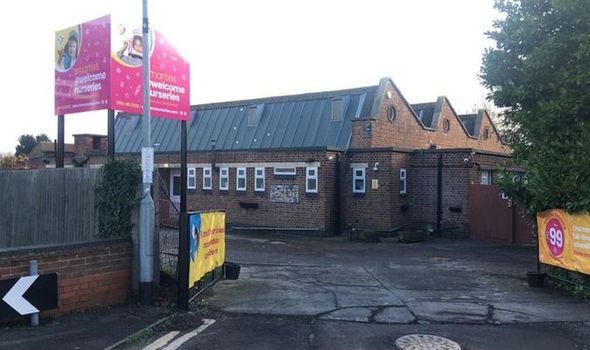 The list was mistakenly shared on the Family nursery app that staff at Welcome Nurseries, which owns Smarties, in Enderby, use to communicate with parents. After realising the list of worrying mistakes had been shared, the document was quickly taken down by shamefaced staff.

The incriminating list was replaced with a notice informing parents that it had been shared in error by a member of staff at the firm’s head office.

The secret list includes a boy getting stuck in a toilet and a child left to sit with faeces on his leg.

The most worrying item on the list dates from July last year, when a child attending the West Street pre-school made a near escape.

The youngster was found about to walk through a gate said to have been left open by a member of staff.

The nursery’s owner, Welcome Nurseries, has said they were kept in the dark about the issues (Image: Andy Baker/Leicestershire Live)

The company said the child was spotted by the receptionist on the building’s CCTV cameras, and that staff were able to intervene before the child exited the gate, which led into a car park.

The member of staff reported the incident to the then-manager and deputy manager.

However, they apparently did not report the incident to the child’s family, to head office or Ofsted – which is responsible for inspecting a range of educational institutions, the company told LeicestershireLive.

The outlet reported that the firm said that head office was only made aware of the incident in early-January this year and the child’s parents had then been informed about the incident.

An investigation into this event, and a number of other incidents, remains ongoing and now the nursery is operated under a new management team.

Staff in the nursery have also been retrained to report issues after previously failing to notify superiors after realising the management had not reported the incident.

One parent whose child attends the nursery, who wishes to be anonymous told LeicestershireLive that the list was a “cause for concern” and claimed that a “lot” had been “hidden” from parents.

They said: “They have covered staff mistakes up and we wouldn’t have known about it if the letter wasn’t posted.

“The nursery was already unreliable generally before this and had caused some concern, but hearing about a child escaping in the summer makes me worry if, as a parent, will I find out if my child has been put at risk?

“It’s just a lot to hide. If they’d spoken with parents immediately at the time, there would have been some angry people, sure, but it’s a lot better than keeping it a secret.”

The parent is looking to move them away to an alternative option in the near future.

A pre-school boy being shut in a toilet “for some time”, resulting in them visibly shaking and crying when let out was also detailed in the accidental post.

According to the document, the incident occurred when a staff member was asked to close the door to the bathroom to “stop children running in and out”, but the staff member in question did not check to see if the toilets were vacant before doing so, resulting in the boy being shut-in.

Welcome Nurseries said the door being closed with the child inside was an accident, and that staff retrieved the boy after realising he hadn’t returned to the room.

Another incident outlined in the post noted that a cook was left to supervise pre-school children alone, despite lacking the qualifications to do so.

It added that a child was left unattended in a soiled nappy for so long that faeces “was stuck to his leg” and took “15 minutes to remove.”

One parent is looking to move their child away to an alternative option in the near future. (Image: Getty)

A spokesperson for Welcome Nurseries confirmed the management in charge of Smarties Nursery has changed since the incidents in question, and that the company was tackling the situation as a matter of urgency.

They said an internal investigation is currently running to determine how and why the issues came about.

The spokesperson added: “These incidents fall well below our standard of care and we have since retrained our staff. We are continuing to work with our parents and can assure all parents that we take all concerns seriously and act on them.

“We profusely apologise to all our children and parents that these incidents occurred and that we were not made aware of them sooner. We have not yet finished our investigations in this matter.

“We have a new management structure in place at the setting. We would also like to thank our parents for their continued support.”

A Leicestershire County Council spokesperson also confirmed they had been made aware of the concerns raised by a parent, adding: “We will be working with the setting to ensure the appropriate procedures and policies are in place.”