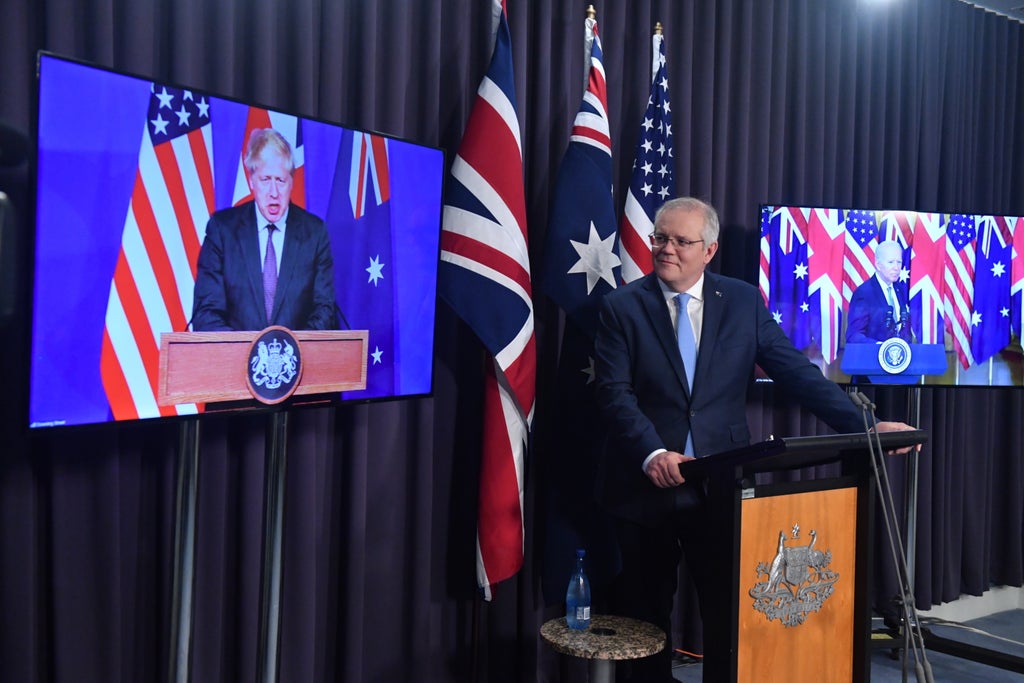 China and the UK have clashed over a new security pact to counter Beijing with nuclear powered submarines, after the West was accused of a “Cold War mentality”.

The Chinese government reacted with anger to the announcement of the AUKUS alliance between Australia, the US and Britain, also involving cyber warfare and artificial intelligence projects.

“They should shake off their cold war mentality and ideological prejudice,” said Liu Pengyu, spokesman for the Chinese embassy in Washington.

Ben Wallace, the defence secretary, insisted Australia’s move to obtain nuclear-powered submarines, backed by London and Washington, is not “about antagonising anyone”.

But he pointed directly to Beijing’s provocation, telling the BBC: “China is embarking on one of the biggest military spends and military investments in history, it’s growing its navy and air force at a huge rate, extremely fast. Obviously it’s engaged in some controversial areas and disputed areas.”

“So we’ve seen that, that is China, that’s what they’re doing at the moment and it’s right that the UK, alongside other allies such as Australia, stand up for the rules-based system and international law.”

On the allegation of a Cold War mentality, Mr Wallace added: “I think they’re wrong. I mean, China invested in our civil nuclear power system here and no-one called that an act of the Cold War.

“In the Cold War everyone was stuck behind fences and didn’t really communicate with each other and certainly didn’t engage in global trade, and I think it’s probably a Cold War view to describe it as a cold war.”

Mr Wallace also acknowledged French frustration over Australia tearing up a $90bn deal with Paris to buy new diesel-electric submarines, in favour of nuclear-driven ones

“I understand France’s disappointment. They had a contract with the Australians for diesel-electrics from 2016 and the Australians have taken this decision that they want to make a change.

“We didn’t go fishing for that, but as a close ally, when the Australians approached us, of course we would consider it. I understand France’s frustration about it.”

Wife of Navy submarine spy suspect is ‘danger’ to national security and must stay in jail pending trial, judge says