The former Sex And The City star still wore his wedding ring as he ventured out for lunch at local health food market Erewhon, despite wife of ten-years Tara Wilson seemingly not wearing hers during recent public appearances.

Noth, 67, appeared to be in a buoyant mood as he picked up a takeaway meal from the luxury food store before making his way across Beverly Boulevard. Stepping out: Chris Noth emerged in Los Angeles on Friday, almost four moths after being accused of sexual misconduct

The actor faces an uncertain professional future amid claims of improper conduct on set, dating back to 2004, when he is accused of sexually assaulting a woman in Los Angeles.

In an article published December 2021, two women, using the pseudonyms Zoe, now 40, and Lily, now 31, told the Hollywood Reporter that Noth raped them.

Both of those accusers in the report claimed that Noth had sex with them from behind while stood in front of a mirror, with the first attack allegedly taking place in 2004, while the second reportedly occurred in 2015, three years after Noth married his wife, Tara, with whom he has two children. 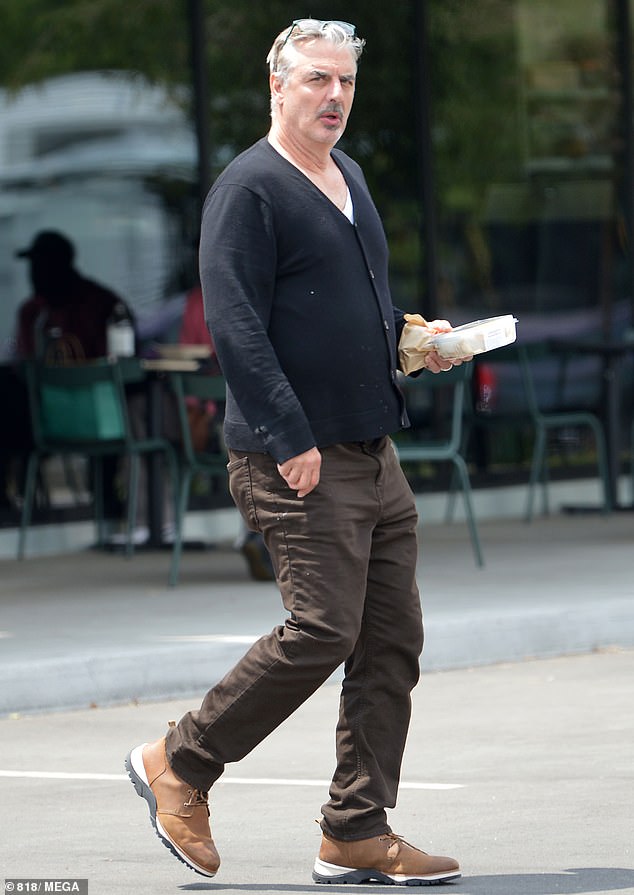 Upbeat: Noth appeared to be in a buoyant mood as he picked up a takeaway meal from the luxury food store before making his way across Beverly Boulevard

The two women both also allege that the attacks took place in one of Noth’s homes – the first in his Los Angeles apartment and the second in his New York City property – after the actor invited them over.

Prior to Christmas, a fourth woman came forward with allegations, saying that Noth had forcibly groped her.

Lisa Gentile, 54, claims she was ‘sexually abused’ by the actor in 2002 when she frequented Da Marino’s restaurant in Manhattan, where she met Noth, and the two became acquaintances. Cloudy: The actor faces an uncertain professional future amid claims of improper conduct on set, dating back to 2004, when he is accused of sexually assaulting a woman in Los Angeles

One night, she said in a statement, Noth went up to her apartment because he said he wanted to see where she lives, but once he was upstairs, she said, he started kissing her and forcibly pulled her against him.

He then squeezed her breasts she said, before sliding his hands under his shirt.

‘I kept pushing his hands down, while he was pushing mine up…I was trying to get him to stop,’ she said in a statement, claiming he then pulled her hand towards his penis.

She said she was finally able to push him off, after which point, Gentile claims Noth got mad and started calling her a ‘tease’ and a ‘b****.’

The next day, she said, Noth called her friend’s phone and warned her that if she told another person about what happened she would be blacklisted in the industry. 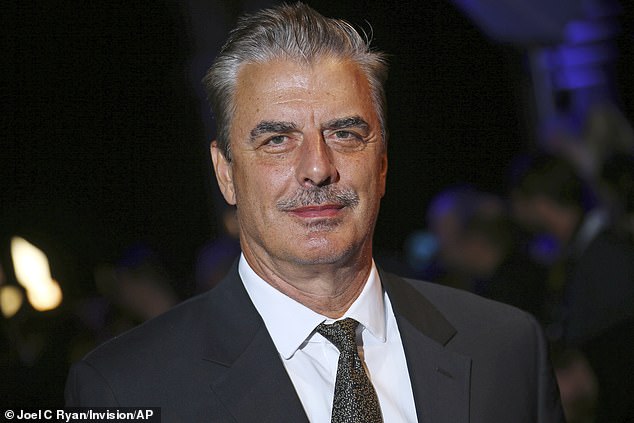 Her attorney, Gloria Allred claims that the experience was ‘traumatic’ for Gentile, noting: ‘It’s had a very serious emotional impact on her.’

One of the other women claimed the actor groped her when she was working as a hostess and lounge singer at the Midtown Manhattan restaurant Da Marino in 2010. She was 18 at the time and Noth was 55.

She claimed he was constantly drunk at the restaurant and repeatedly pulled her onto his lap while groping her and ‘pressing me onto his erection.’

In a statement to The Hollywood Reporter, Noth admitted that he had ‘consensual encounters’ with the two women in the Hollywood Reporter story, both of which reportedly took place while he was in a relationship with his wife Tara, but he strongly denied any accusations that he assaulted them.

‘The accusations against me made by individuals I met years, even decades, ago are categorically false,’ the statement reads.

‘These stories could’ve been from 30 years ago or 30 days ago — no always means no — that is a line I did not cross. The encounters were consensual.

‘It’s difficult not to question the timing of these stories coming out. I don’t know for certain why they are surfacing now, but I do know this: I did not assault these women.’