Chris Pine quipped that his shaggy bearded look is ‘mostly’ down to ‘laziness.’

The 41-year-old has grown a substantial silver beard and long locks and while he has hinted it could have something to do with a new character, he joked that not having to ‘shave and have makeup put on’ also played a part in his rugged new look.

‘I guess it’s like, equal parts laziness and equal parts something I may do in the future here,’ he told Entertainment Tonight. 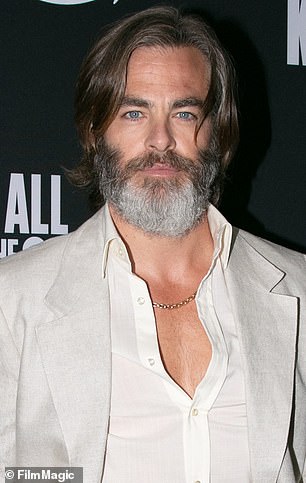 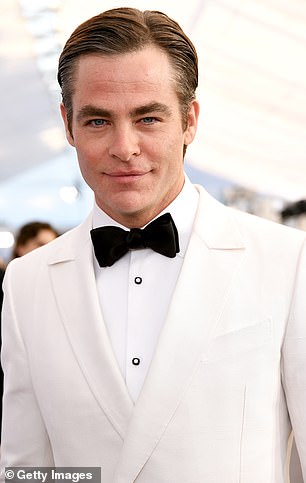 Wow: Chris Pine quipped that his shaggy bearded look (seen this Wednesday at left), a far cry from his classic clean-cut appearance as seen right at 2019, is ‘mostly’ down to ‘laziness’

The Into The Woods sizzler added: ‘If there’s any excuse not to shave and have makeup put on, I, you know.’

When pressed if his new look is for a role, he coyly replied: ‘Maybe,’ before he reiterated: ‘It’s mostly laziness.’

The Star Trek actor then compared his look to The Allman Brothers star Gregg Allman and revealed he was told he looks like one of the Bee Gees. 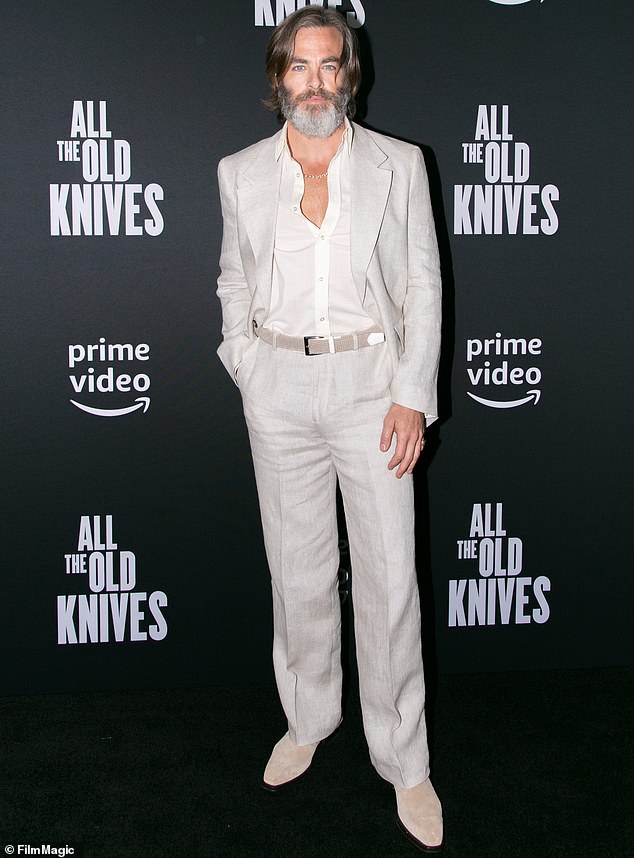 What a look: Chris is pictured smoldering up a storm at the premiere of Amazon Studios’ All The Old Knives in Los Angeles this Wednesday

There is a Bee Gees biopic on the way, but Chris refused to say if he had been cast in the movie.

Chris discussing his new appearance comes after it was recently reported that he and Annabelle Wallis split ‘a few months’ ago.

The All The Old Knives star and the Peaky Blinders actress were first linked back in 2018, but managed to keep their romance largely out of the spotlight. 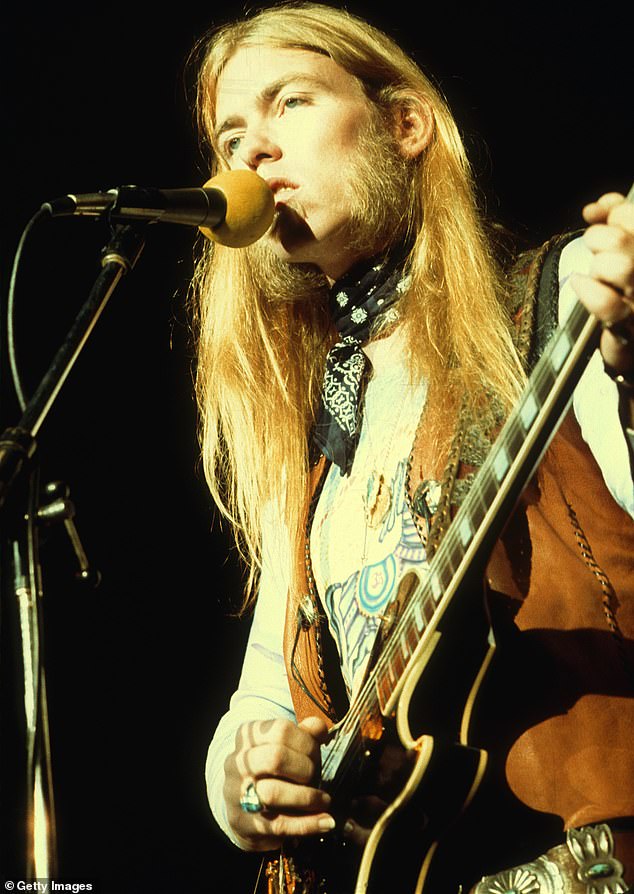 Spot the resemblance: Chris joked: ‘This is my Gregg Allman ’70s look’; Greg is pictured in concert as part of the Allman Brothers at The Forum in Inglewood in 1974 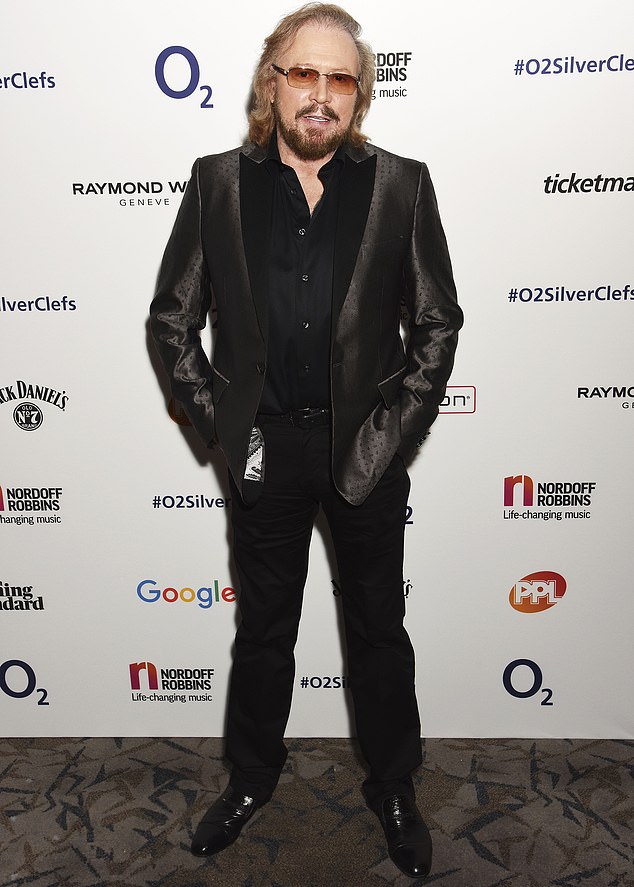 Details: Chris dished: ‘My publicist said I look like a Bee Gee, but I prefer Gregg Allman’; Barry Gibb of the Bee Gees is pictured in London in 2016

However, a source told Entertainment Tonight the pair had ‘broken up and haven’t been together for a few months.’

Chris and British actress Annabelle – who dated Coldplay frontman Chris Martin between 2014 and 2016 – were spotted linking arms in London when Chris was filming Wonder Woman 1984 in the summer of 2018.

However, they never publicly confirmed their romance on social media or made their relationship red carpet official. 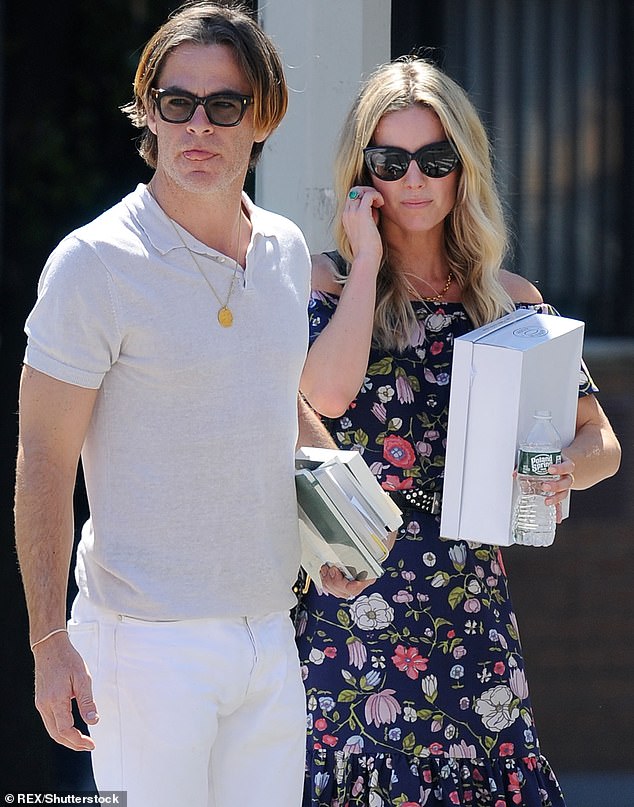 The way they were: Chris discussing his new appearance comes after it was recently reported that he and Annabelle Wallis split ‘a few months’ ago; the duo are pictured in 2019