Chrissy Teigen started her Saturday at the ball field with kids Luna, 6 and Miles, 3.

The model slid into a matching gray workout set of leggings and a crop top that showed off her long legs and toned tummy as she arrived for the game in Beverly Hills.

The mom of two looked much younger than her 36 years, wearing little makeup and hiding her long hair in a baseball hat. 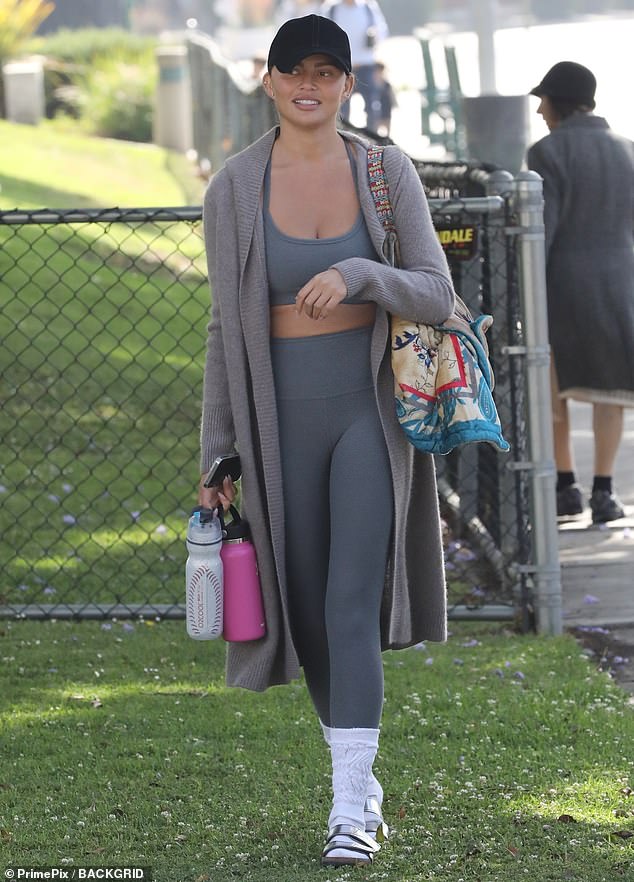 Batter up: Chrissy Teigen started her Saturday at the ball field wearing a matching gray workout set of leggings and a crop top that showed off her long legs and toned tummy

Luna and Miles looked like they were having fun on the way to the matchup as they teased each other.  The kindergartener was decked out in a pair of burnt orange and white dotted leggings, with a burnt orange top and ankle boots.

The preschooler wore dark gray sweats, a burgundy t-shirt and cap, and a 101 Dalmatians inspired sweat shirt and cleats. He carried a stuffed toy with him. 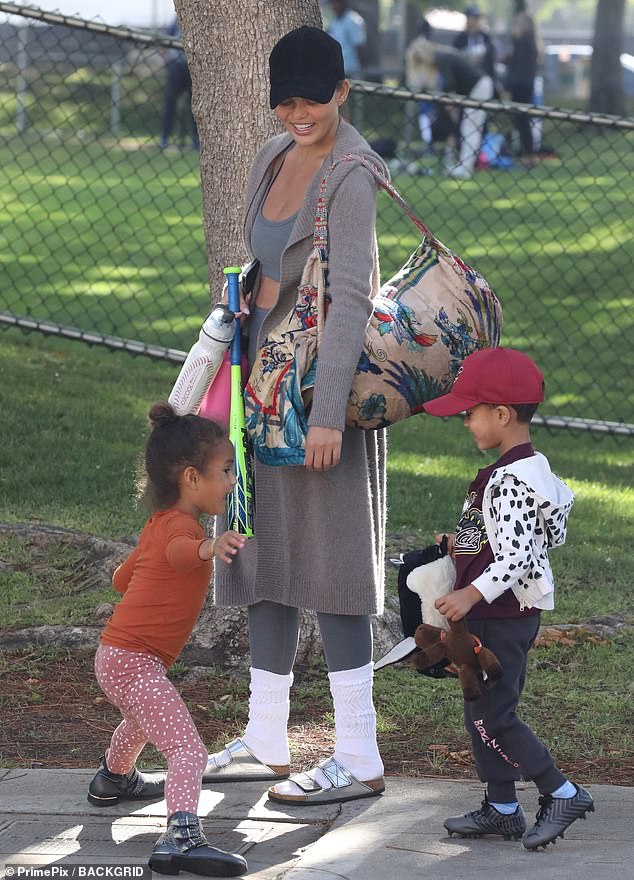 Team Teigen: Luna, 6 and Miles, 3 joined their mom for the Saturday matchup. Chrissy mentioned during an appearance on The Tonight Show Starring Jimmy Kimmel that Miles had started playing on a t-ball team

Chrissy mentioned during an appearance on The Tonight Show Starring Jimmy Kimmel that Miles had started playing on a t-ball team.

The model announced in her Instagram stories she would not be attending husband John Legend‘s performances in Las Vegas this weekend, where he has taken up a residency, but would instead spend her alone time at home, cleaning her closet.

The Grammy winner had scheduled performances Saturday April 30, and then May 4, 6 and 7. 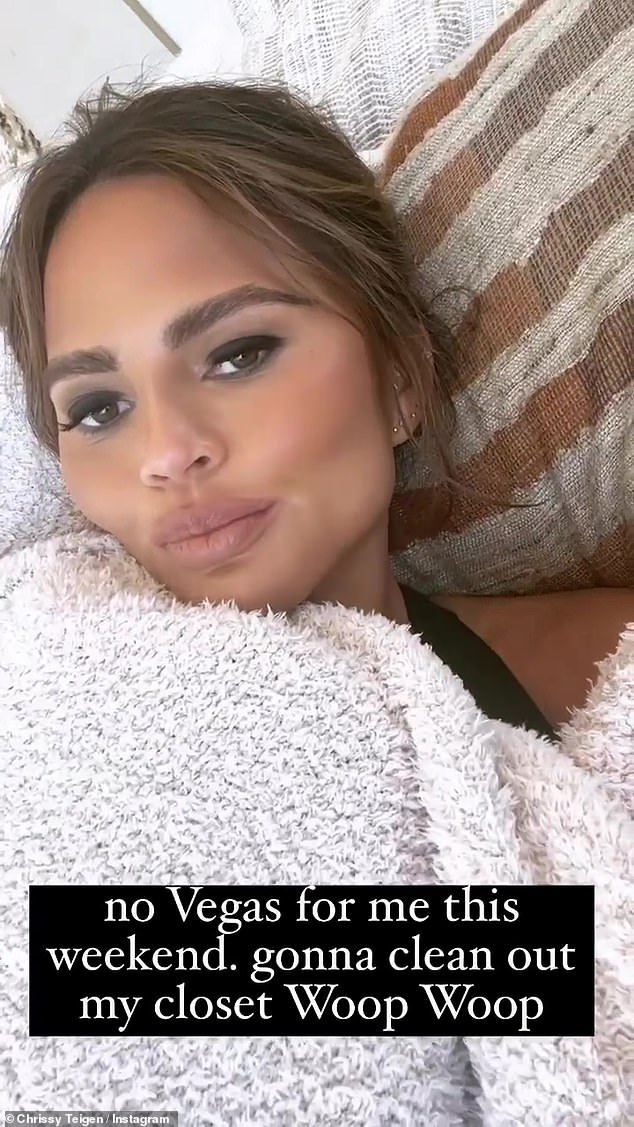 Woop: The influencer said she was skipping husband John Legend’s shows in Las Vegas for something practical –  cleaning her closet

The Ordinary People singer will take some time off over the summer before returning to the desert oasis in August.

The Chrissy’s Court star is expanding her media reach.  She served as an executive producer on the HBO documentary series, The Way Down: God, Greed & The Cult of Gwen Shamblin, about the Remnant Fellowship and it’s late leader Gwen Shamblin.

Chrissy’s production company is working to turn story into a scripted series that will examine the rise and fall of the former diet guru. 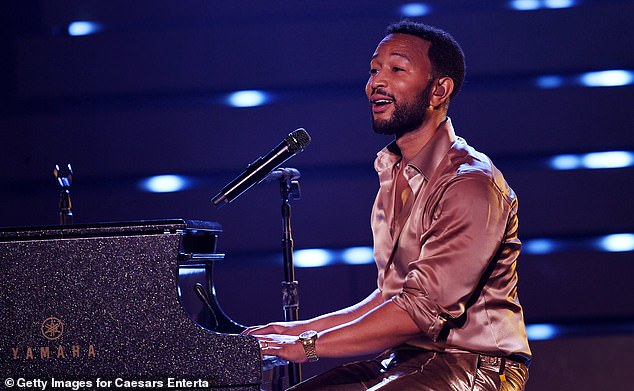 The Legend:  John Legend is performing in a series of concerts for his Las Vegas residency through May 7.  The shows will resume in August

Share
Facebook
Twitter
Pinterest
WhatsApp
Previous articleHormone replacement therapy shortage: What you CAN do if you can't get hold of your usual HRT
Next articleSTOCKS TO WATCH: Short-sellers bet millions on ITV advertiser turn-off
RELATED ARTICLES
Tv & Show