‘Such a fun day’: Christina Hall shares photos from a family excursion with her husband Josh Hall and her kids at an alpaca farm in Tennessee

Christina Hall took to Instagram to post a four-photo carousel of pictures of her husband Josh Hall and her three kids – Taylor, Brayden and Hudson – as they explored Mistletoe Alpaca farm in Franklin, Tennessee.

Having a clear affinity for the pleasant and fluffy creatures around them, Hall captioned the post, ‘Well…now we need alpacas!! These animals are incredible! Such a fun day.’

The Flip Or Flop vet was seen smiling while enjoying the scenery and company of the docile animals and her family. 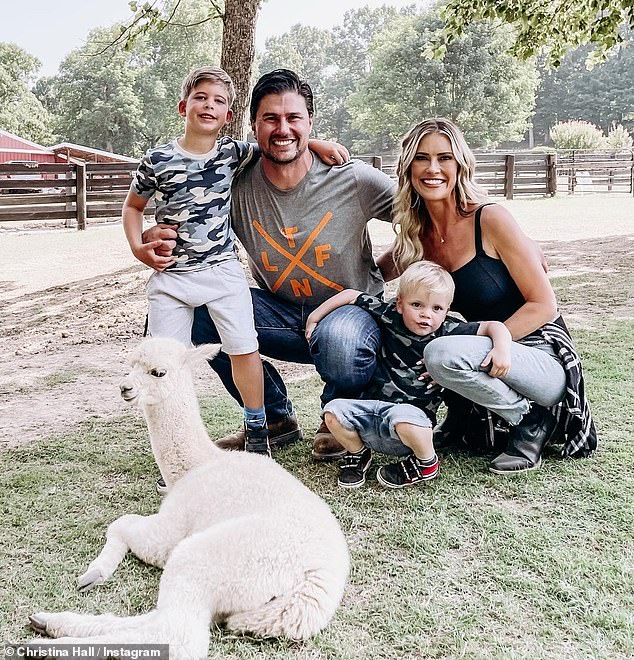 Happy Together: Christina Hall took to Instagram to post a four-photo carousel of pictures of her husband Josh Hall and her two sons exploring Mistletoe Alpaca farm in Tennessee

The TV star happily found a new love in her husband Hall and the energy jumping off of the screen is palpable.

The whole family smiles and poses for the camera. The boys decked out in Camouflage t-shirts. One of the Alpacas even stuck his face in the camera for an extreme close-up smile.

Hall wore a sporty tank top and skinny jeans. To round out her easygoing look she wore a few beaded bracelets and a flannel T loosely tied around her waist.

The black and white flannel button-down long sleeve shirt tied around her waist is a nice accessory to her farm style. 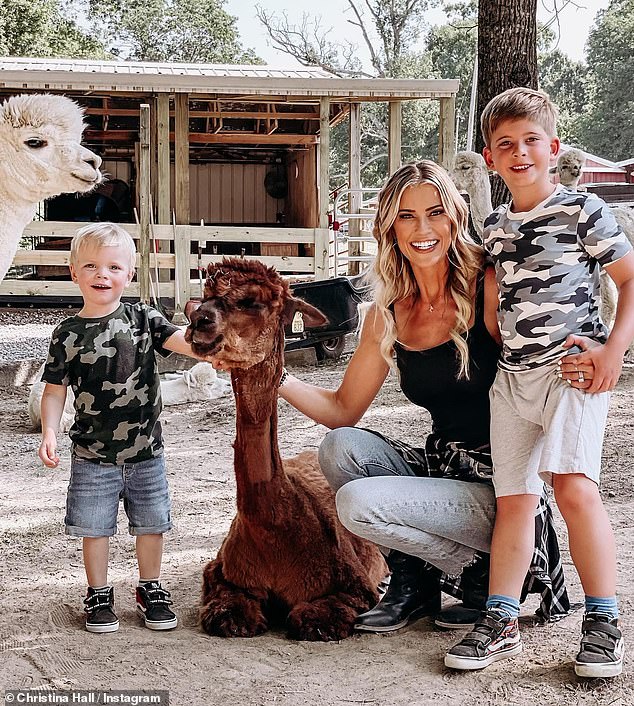 Family Farm Fun: The Flip or Flop star happily found a new love in her husband Josh Hall and the energy jumping off of the screen is palpable

Hall is making a new reality television show ‘Christina in the Country’.

The Christina On The Coast star is working on the new HGTV spin-off – a six-episode season – with her new husband Josh Hall at their new home in Tennessee.

‘Christina In The Country’ has officially been picked up by @hgtv for 6 episodes. Now I have the best of both worlds… the coast and the country!

‘Our team has some incredible projects in the works out in Tennessee! It feels good to do what I love with who I love.’

Always in style: The black and white flannel button-down long sleeve shirt tied around her waist is a nice accessory to her Tennessee farm style. 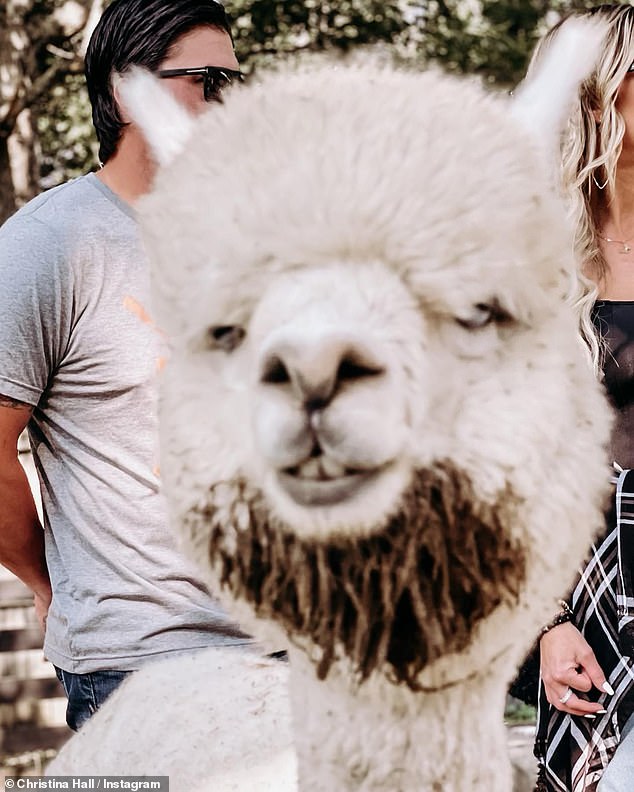 Happy Animals: One of the Alpacas approached camera for an extreme close-up smile! 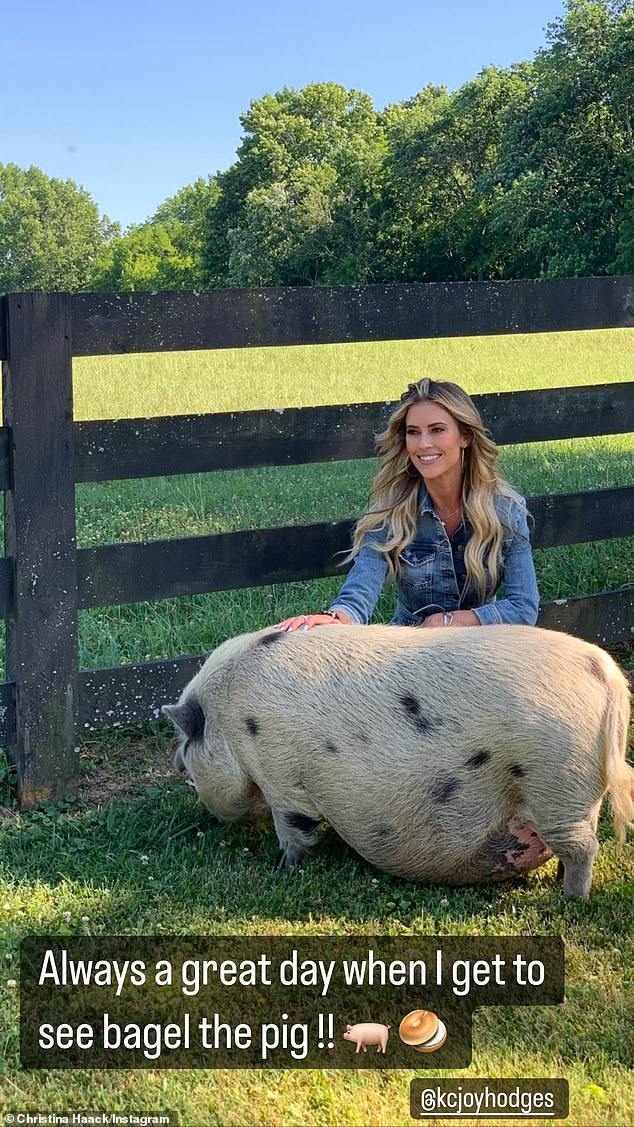 Fun with a pig friend: Hall was also seen with this pig who has been named Bagel 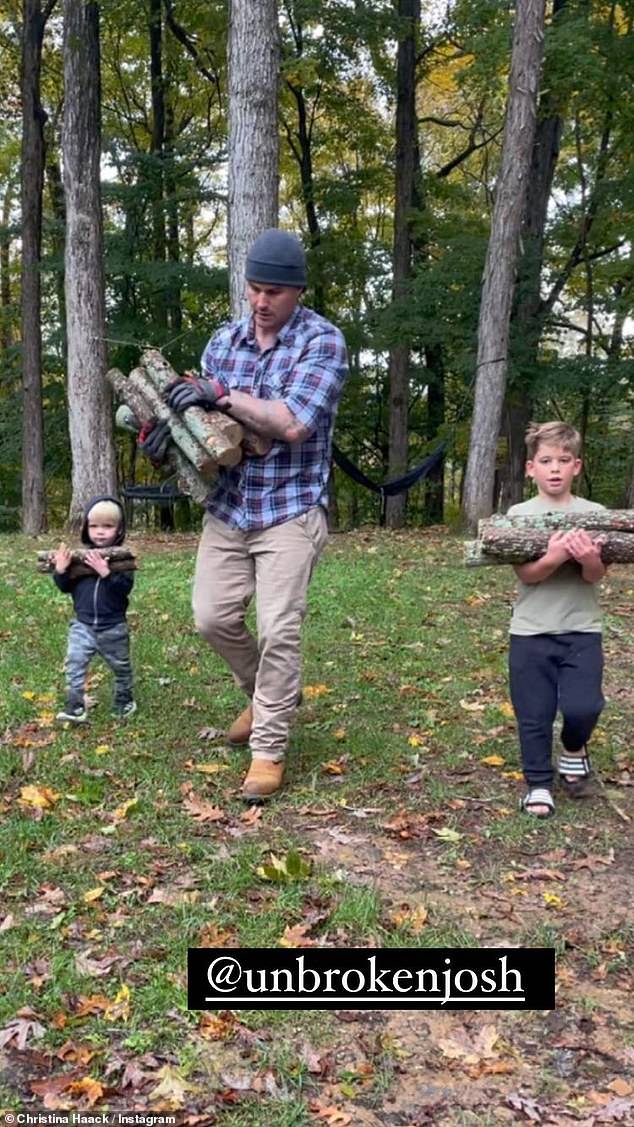 Collecting firewood: Her husband was seen with pieces of wood with the boys

‘Josh and I have the most creative/supportive production partners and can’t wait to create some fun content.’

She added that the show was ‘slated to air in late 2022,’ before quipping ‘life is good.’

Last month, Christina and her former husband Tarek El Moussa – and father of her 11-year-old daughter Taylor and six-year-old Brayden – announced that they were ending their long-running show ‘Flip or Flop’ after ten seasons.

Hall wrote on Instagram: ‘Bittersweet news to announce, it’s the end of an era.

‘Next week’s episode of Flip or Flop will be the SERIES finale.

‘I’m filled with gratitude to have done 10 seasons of a hit show. I remember filming the pilot and thinking, ‘wouldn’t this be crazy if is this actually made it to network tv?’ And here we are, a decade later.’ 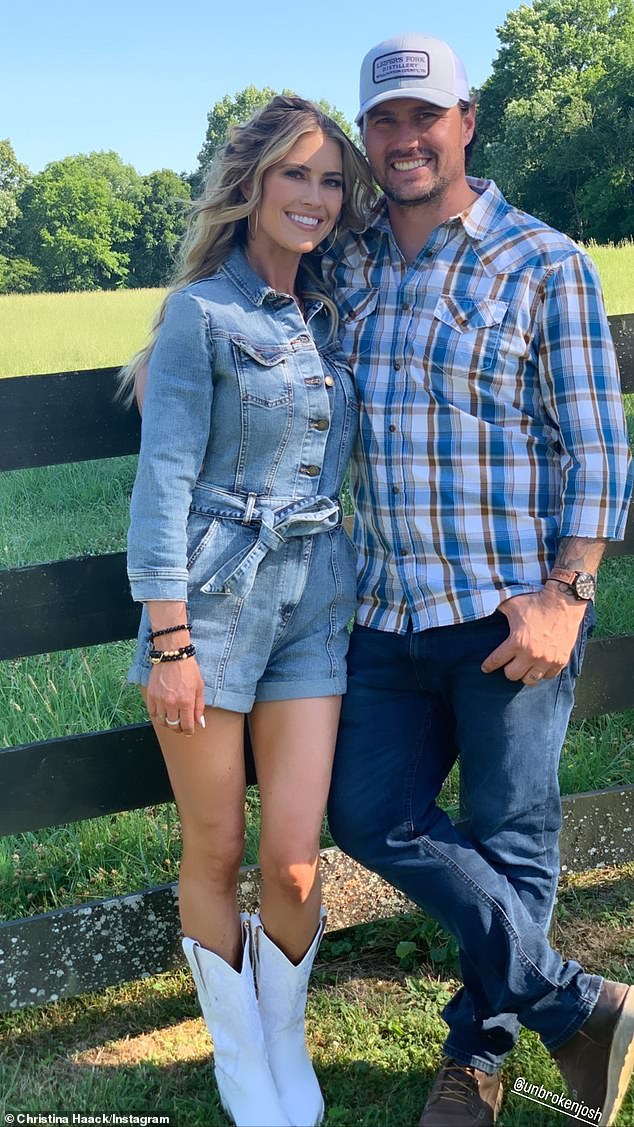 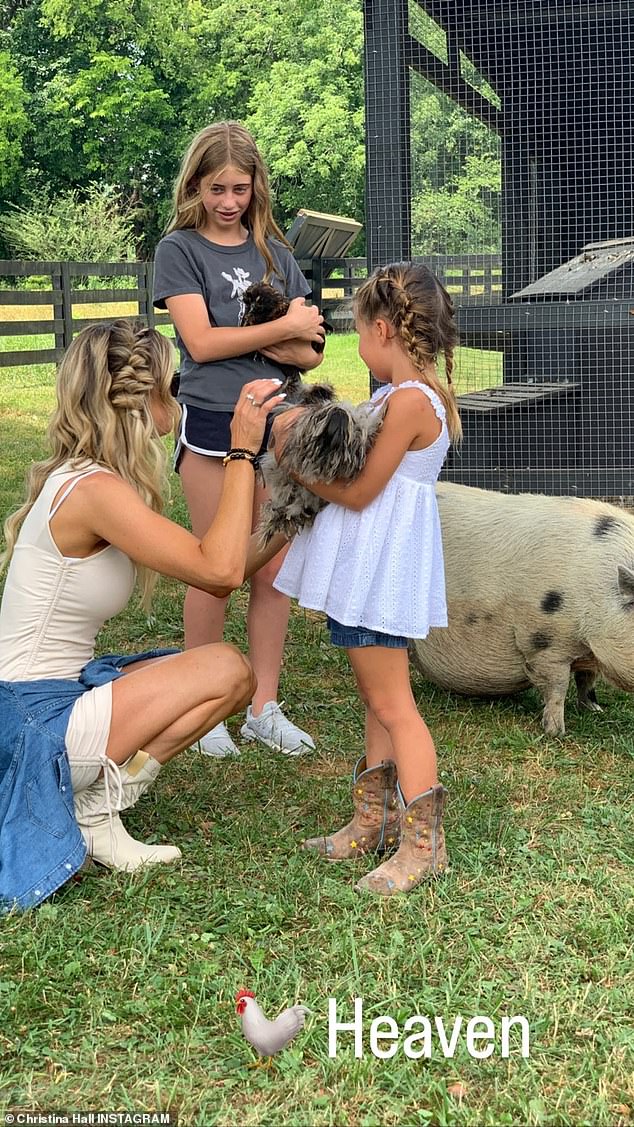 With her mini-me daughter: Here the mom is seen with her daughter Taylor as she held a hen

Who is Leo Woodall? A deep dive into The White Lotus star after THAT jaw-dropping gay sex moment