CHRISTOPHER STEVENS: £90 for meditating to a gong? I can fill up a Ford Focus for less!

CHRISTOPHER STEVENS reviews last night’s TV: £90 for meditating to a gong? I can fill up a Ford Focus for less!

By Christopher Stephens For The Daily Mail

Now there’s a woman after my own heart. Comedian Sarah Millican, turning up at an exclusive Devon spa, looked around in horror.

‘There’s no telly!’ she exclaimed. ‘How are we supposed to relax?’

Sarah and Sandi Toksvig were unwinding on the North Devon coast in Extraordinary Escapes (C4), enjoying a hippy meditation break for two.

With 12 acres of woodland all to themselves, they lay down on blankets in a clearing for a ‘gong bath’. This involved light hypnosis and allowing the vibrations of a droning brass gong to wash over them for half an hour.

It looked quite pleasant, until I checked the cost of gong baths. The typical price is about £90. 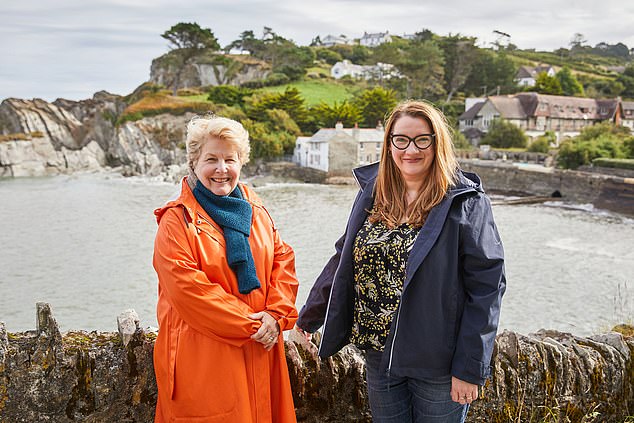 Sarah and Sandi Toksvig were unwinding on the North Devon coast in Extraordinary Escapes (C4), enjoying a hippy meditation break for two

Their harbour-side cottage in Lee Bay near Ilfracombe seemed only slightly more restful. The scenery was gorgeous, with a view straight out of Doc Martin, but their digs looked a little exposed.

The 16th-century former mill stands on a promontory jutting out into the sea. On a stormy night, Sandi said cheerfully, the waves break right over the house.

She pointed to the concave wall, worn away by the pounding of the water.

Inside, wooden shutters could be cranked up by hand like a drawbridge to protect the window from the Atlantic battering. Sarah was giggling and chuckling, but it sounded like nervous laughter.

Back for a second series, this show tries too hard. Sandi and her guests behave like they’re lifelong friends, though she and Sarah had no joint reminiscences to share, which makes me think they are showbiz acquaintances at best.

The holiday rentals are self-consciously odd — previous editions have seen visits to castles, windmills and all kinds of futuristic eco-homes.

If the aim is to unwind and have a natter, a caravan park in Skegness or Morecambe would be just as snug. Off-season, you might even be able to get two nights for the price of a gong bath. 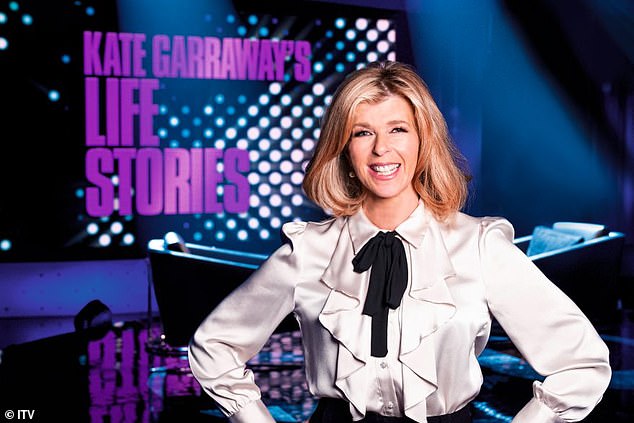 Somehow, I don’t think that would suit Sandi. She skipped up the cottage stairs and headed for the left-hand bedroom: ‘I’m naturally inclined to the Left,’ she bragged. Self-styled Champion of the Proletariat she might be, but Sandi does seem to prefer a snooty holiday. It’s hard to imagine her slumming it with the common herd.

For all her travels on private jets at the height of her fame, Charlotte Church remains common as crisps and proud of it.

She told Kate Garraway on the chat show Life Stories (ITV) that she loves coarse language: ‘It rubs people up the wrong way.’

Her favourite swearword has something to do with water fowl. Kate echoed it. I never thought I’d hear her say that about a duck.

At 12 years old, Charlotte appeared to be set for a life of superstardom, the prodigy destined to be an eternal diva.

It hasn’t worked out like that, partly from her own choosing. ‘I have sort of kept myself out of the public eye for a while,’ she said, forgetting that she was revealed inside the Mushroom costume on The Masked Singer at the weekend.

Kate pleaded with her to sing, and Charlotte obliged with a burst of Puccini.

‘Wow! It’s just amazing, it just comes out of you,’ marvelled Kate, as though she’d never heard anyone sing before.